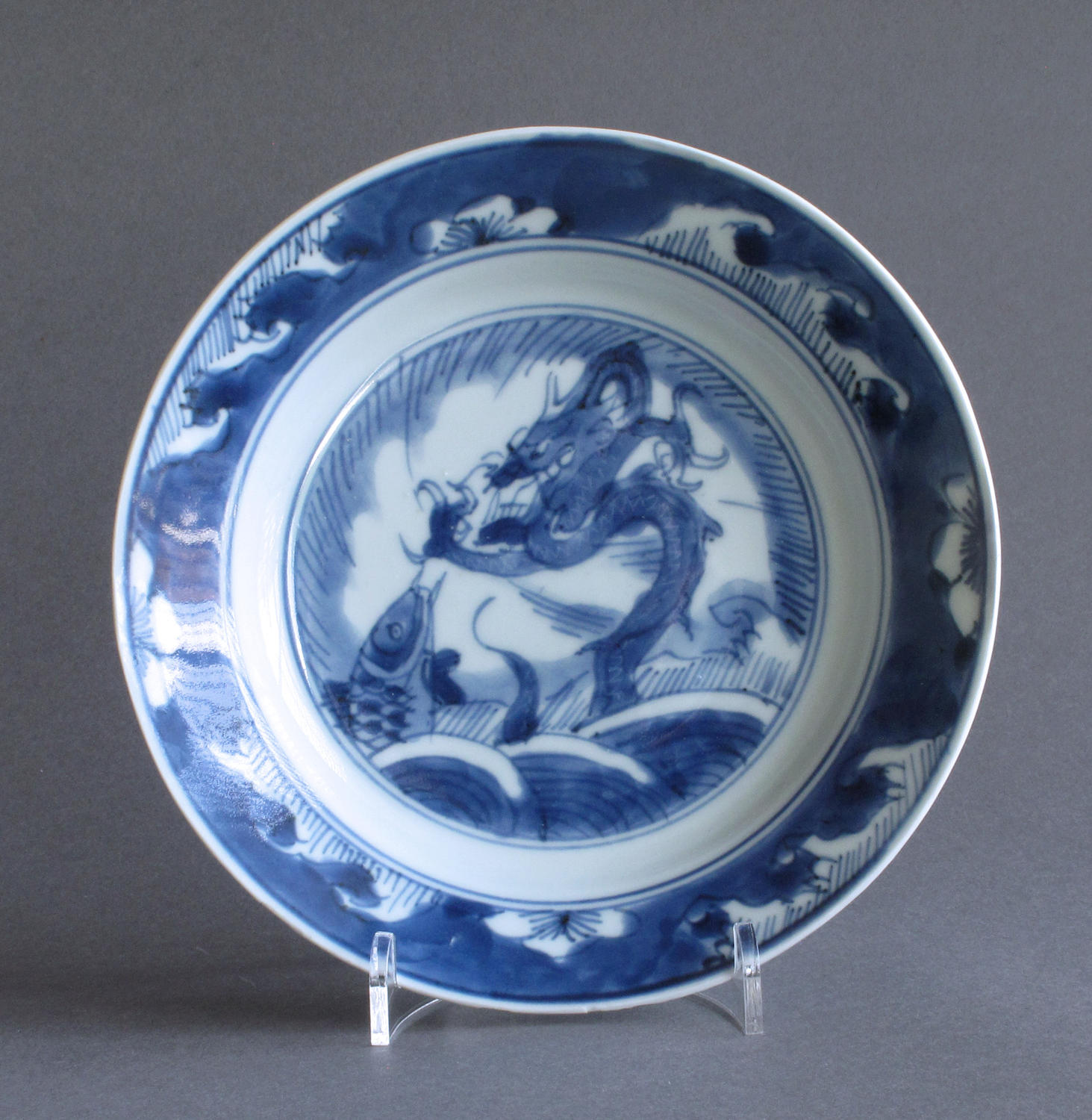 An attractive small Chinese plate, decorated in underglaze blue, and dating from the Kangxi period.  The front of the plate is decorated with a dragon emerging from the waves and looking at a carp.  The plate has a border of crashing waves and flower heads.  The back of the plate is decorated with four precious object around the rim, and has the seal script mark zhi (made) to the base within double underglaze blue circles.  Diameter 16cm (6.3")

The central scene illustrates the story of the Dragon Gate, which is located at the head of a waterfall.  The carp swim against the current to try to reach the Dragon Gate and, if successful, they transform into a dragon (hence the dragon's scales, which look like the carp's scales).  This image symbolises success as a consequence of hard work and endurance, and was used also to indicate success in the Chinese Civil Service.

Condition.  This plate has two restored rim chips, one of them a shallow chip to the glaze only on front of the plate - the approximate area of restoration is shown by the yellow oval.  There is some rim glaze fritting, and one very small and shallow chip behind the rim - please see our photographs. 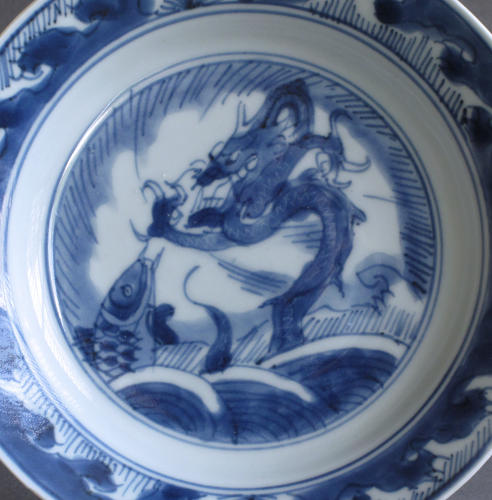 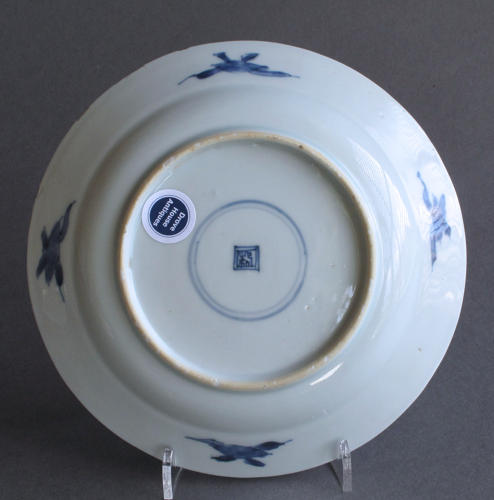 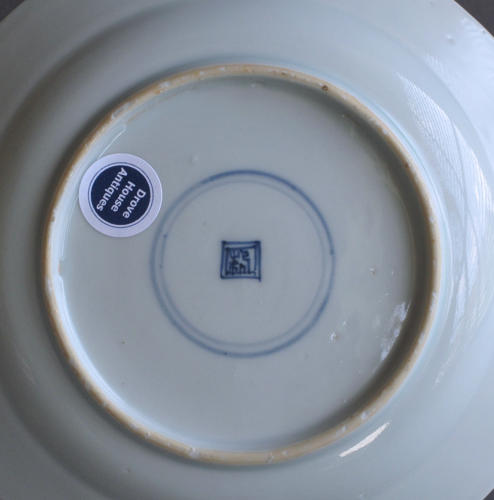 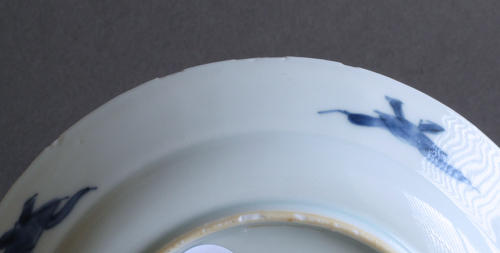 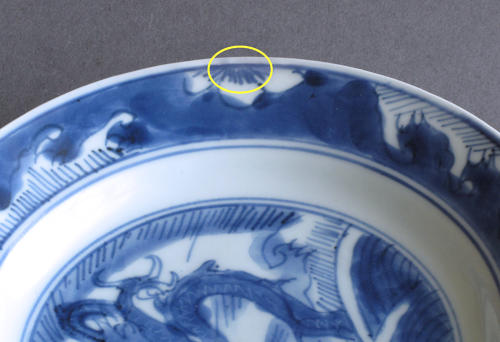