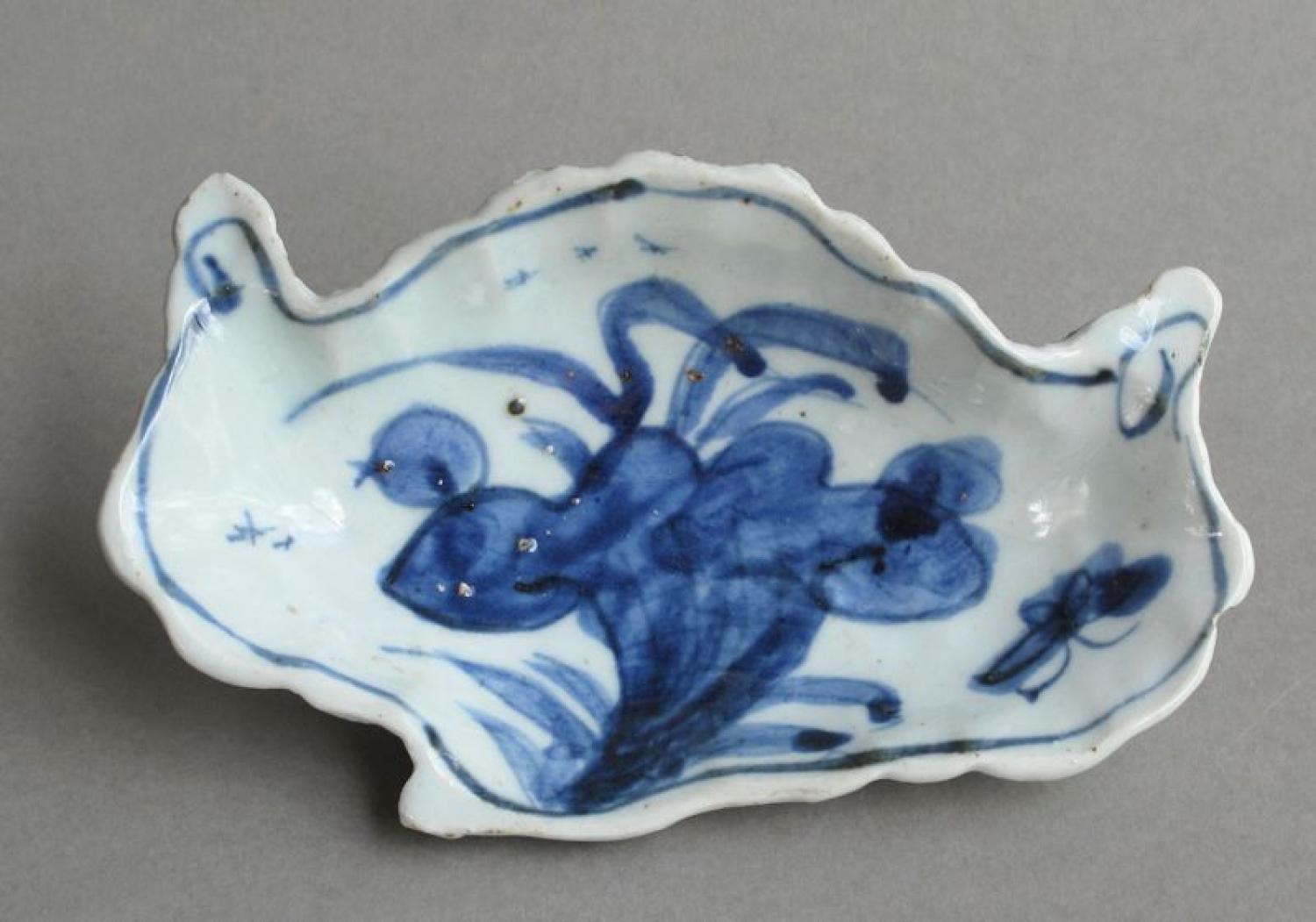 A Chinese late Ming dish supported on 3 feet, formed in the shape of a flower or fungus , made for the Japanese market, and dating from Tianqi period. The dish is decorated to the interior with a large lingzhi fungus and with a butterfly and other insects flying above. It looks to me as though the decorator has painted a small fat bird on top of the fungus!  The underside of the dish is undecorated apart from a single underglaze blue line around the rim.  Width 16.5 cm (6.5”)

These Chinese blue and white wares made for Japan are known in Japan as ko-sometsuke. It is quite unusual to find these dishes outside Japan.

For a group of very similar dishes dated to the Tianqi period, see p64 in the publication ‘Ko-sometsuke’ by Jorge Welsh. 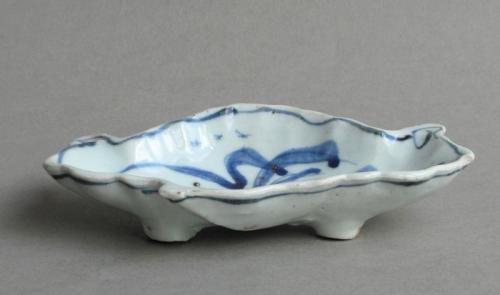 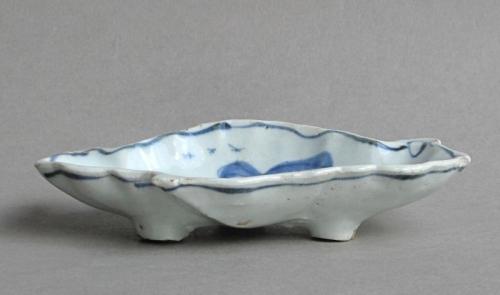 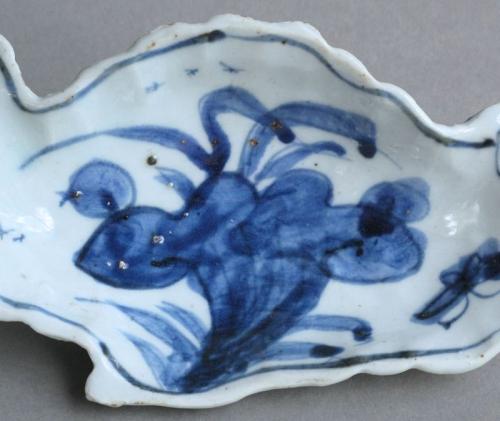 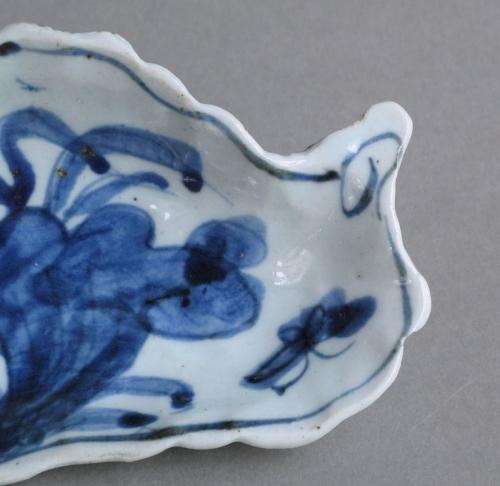 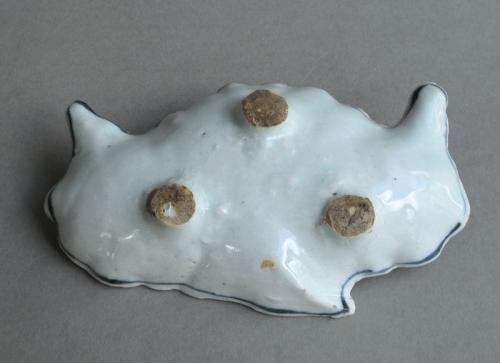 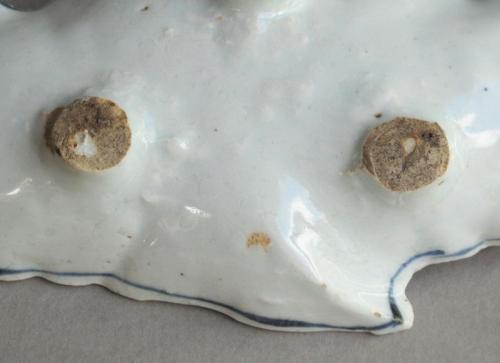 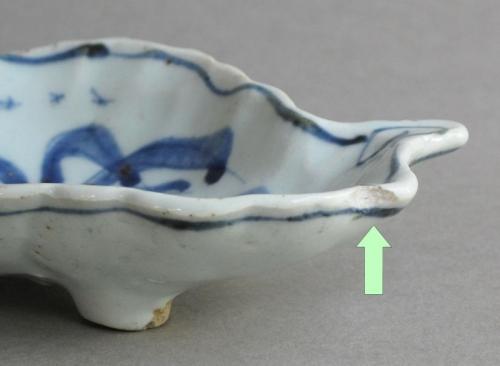