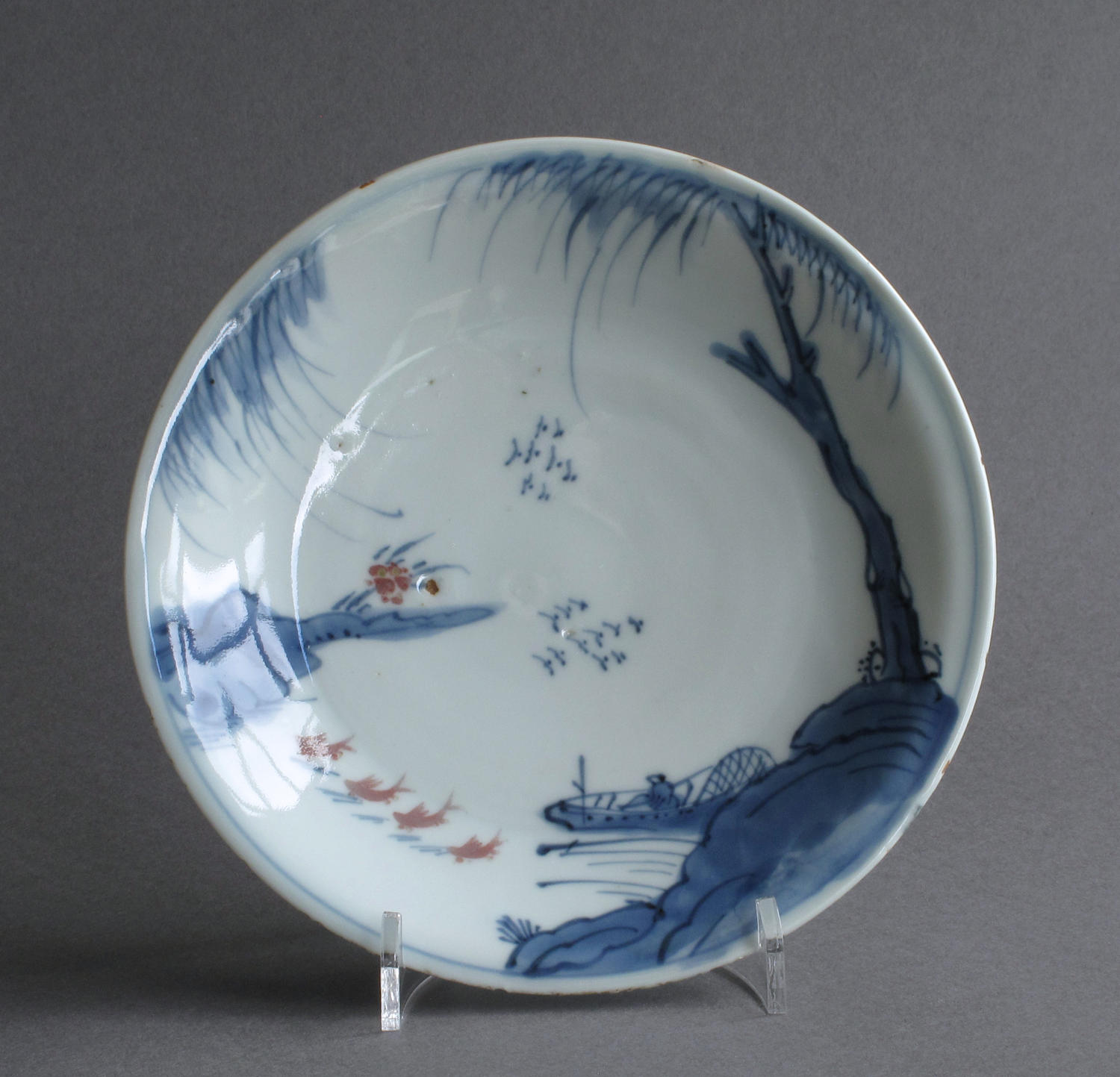 An interesting example of a Chinese dish made for the Japanese market in the late Ming period.  The dish is decorated with both underglaze cobalt blue, and underglaze copper red, with a design of a fisherman in his boat under a willow tree, with fish painted in underglaze copper red swimming beneath, and a flock of birds flying above with their reflection in the water below.  The reverse has four 'jewels' around the rim.  Diameter 15cm (5.9")

This combination of underglaze blue and red decoration is relatively uncommon on these ko-sometsuke wares, and required skill on the part of the potter during firing to ensure that the copper decoration retained the red tone used here for the fish and for the flower on the plant on the bank.

Condition.  This dish has one small rim chip, with an associated short hairline from the rim, and glaze fritting around the rim.  There are firing flaws in the glaze of the foot, and some roughness to the inside of the foot rim which mayhave been produced during manufacture. 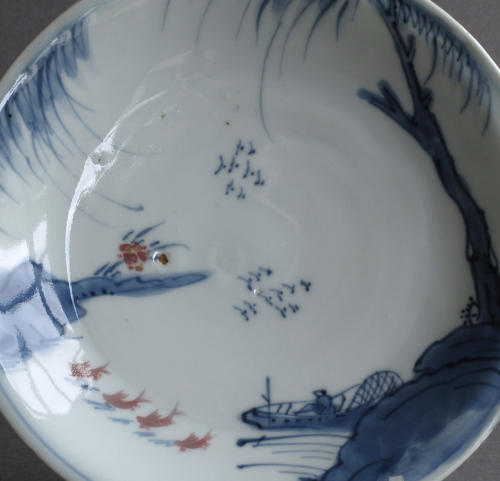 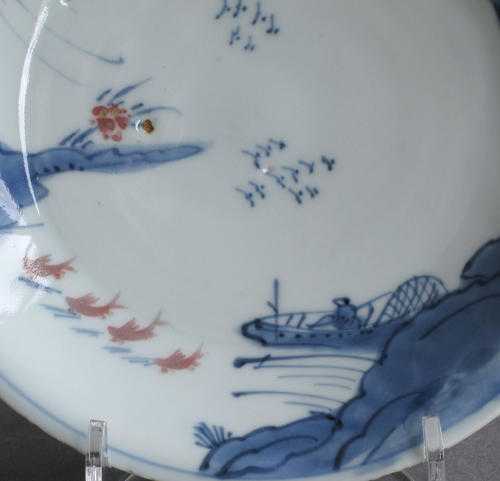 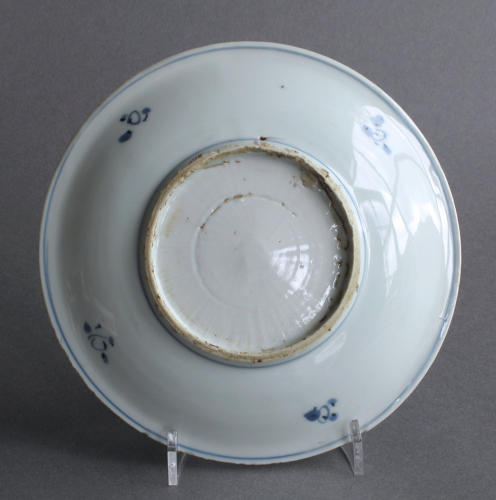 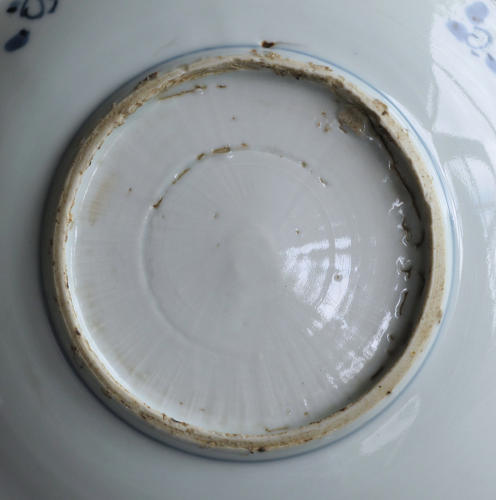 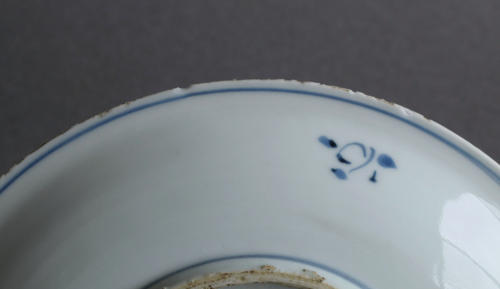 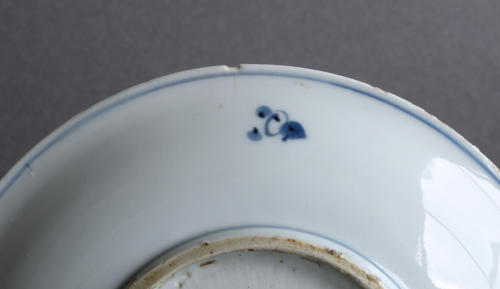