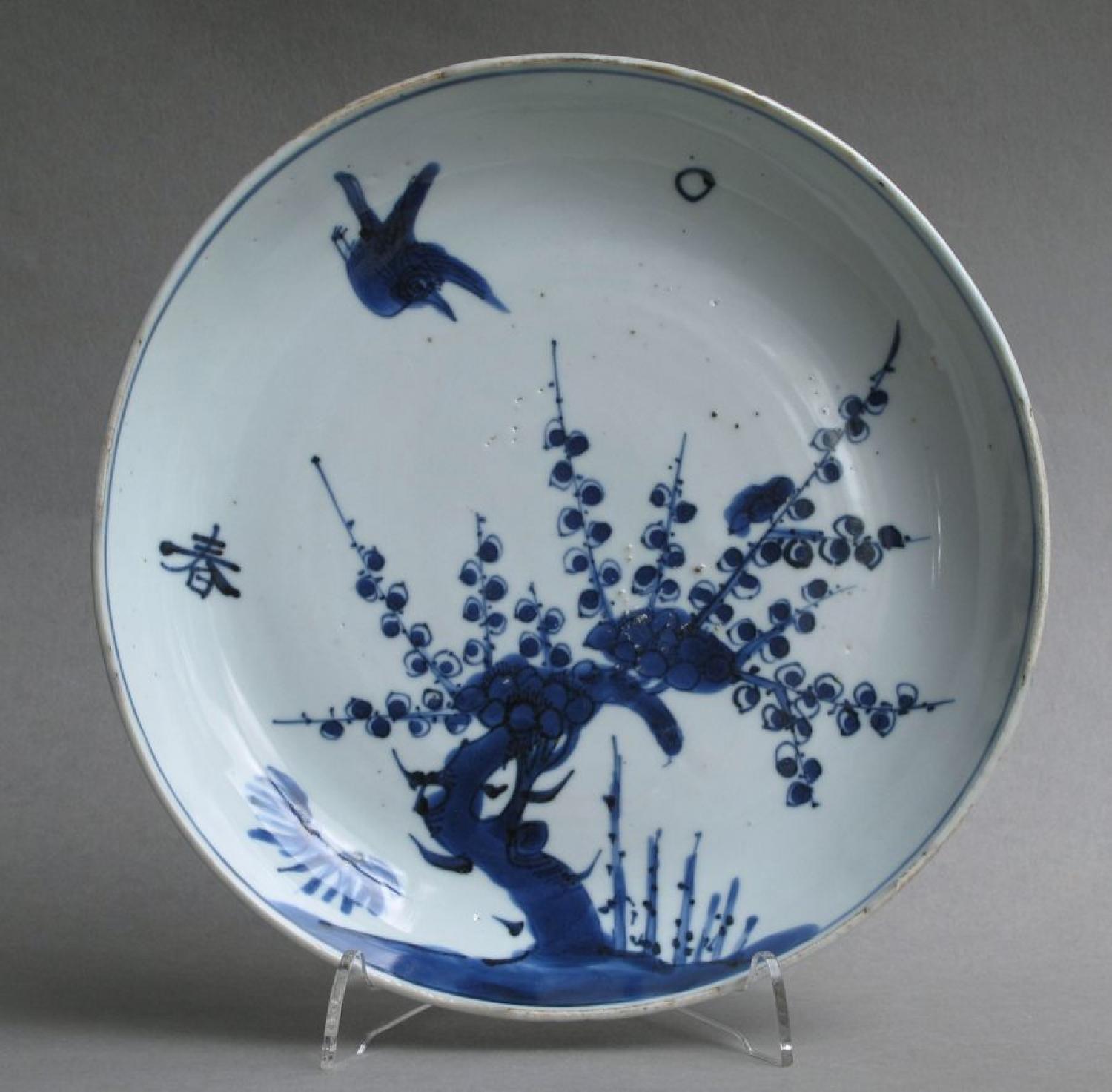 A Chinese Ming dish for the Japanese market, celebrating Spring, and dating from late Ming Tianqi period. The dish is attractively decorated with underglaze cobalt blue of a deep tone with a flowering tree, bamboo shoots and perhaps a pine seedling or an insect.  A bird flies above under the sun. To the left of the dish is the Chinese word ‘chun’ (Spring, Life or Vigour). The reverse of the dish is decorated at the rim with two rapidly-painted branches. Diameter 21cm (8.3”)

The ‘chatter marks’ visible inside the foot are caused by the blade used to form the foot, and are typical of wares from this period.

This is a plate which celebrates the arrival of Spring, with the buds and early flowers on the bush and bamboo shoots pushing through the soil.

This plate is in very good condition.  There is some mishikui rim fritting, kiln grit adhering to the foot and base of the dish, and a small amount adhering in the glaze on the front of the dish.  There are two firing flaws visible on the back of the dish (see images) which are under the glaze and do not extend through the body of the dish.  There is a shallow chip from the inside of the foot rim which is old, and may indeed have been caused when the foot was shaped. The plate has warped slightly in firing.  These minor imperfections are typical of ko-sometsuke wares made for the Japanese market in the late Ming period. 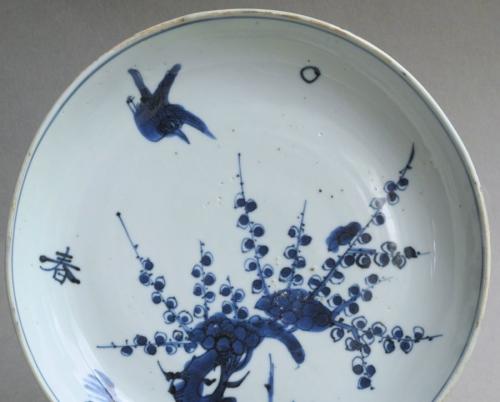 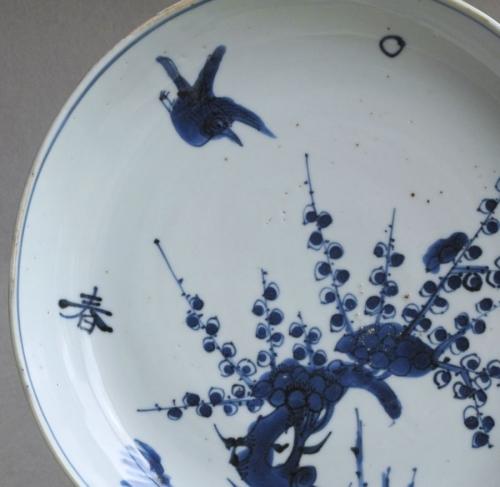 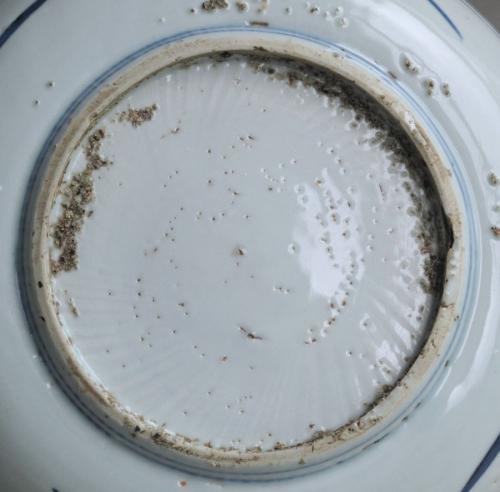 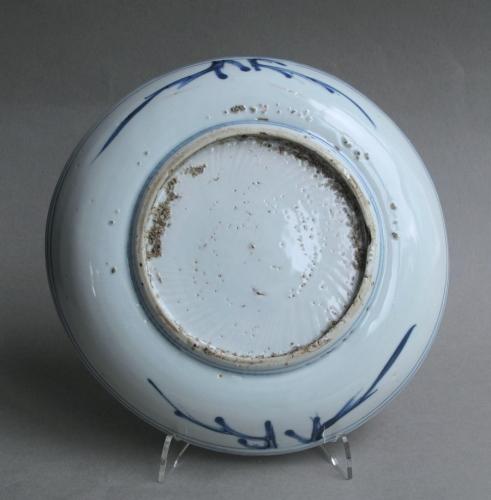 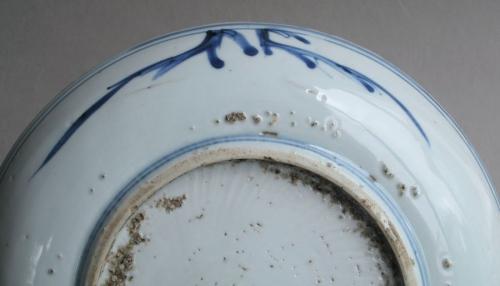 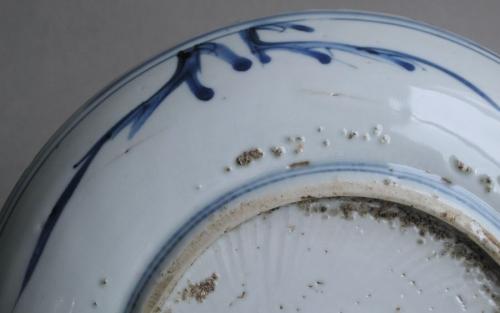 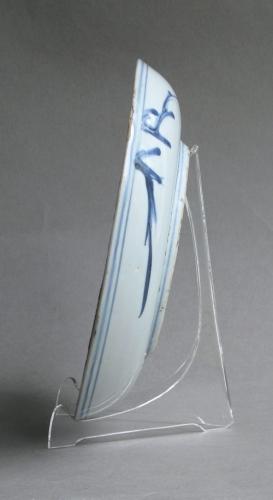