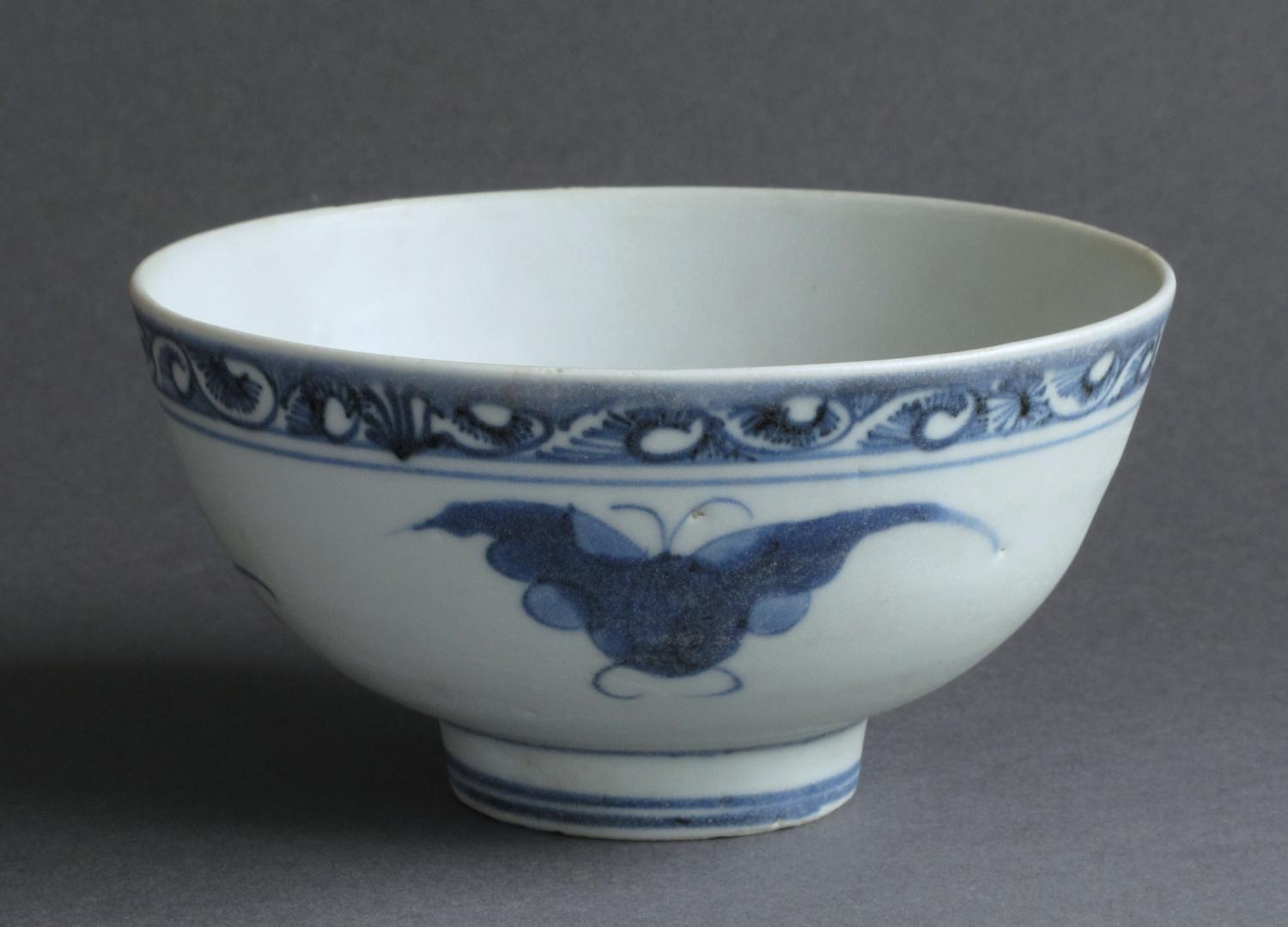 An attractive and carefully potted Chinese bowl decorated in underglaze blue, from the 'Wanli' shipwreck and dating from the late Ming period.  The outside of the bowl is decorated with four butterflies and with an ornate decorative band around the rim. The base has a six character Chenghua mark.   Diameter 12 cm (4.7").

This bowl was recovered by Nanhai Marine Archaeology and is accompanied by a Certificate of Authenticity signed by the principal researcher Sten Sjostrand which confirms that this bowl with serial number 7431 was legally excavated from the site of the Wanli shipwreck off the east coast of West Malaysia.

A bowl of this type is illustrated on the website of Nanhai Marine Archaeology where the intriguing suggestion is made that this butterfly design originates from the Imperial (Zhushan) kilns at Jingdezhen (bowls with this decoration having reportedly been found there), with the speculation that skilled decorators from the Imperial kilns may have decorated these (non-imperial) bowls following the closure of the Imperial kilns in 1608.

Condition: this bowl is in very good condition with some shallow chipping roughness to the inside of the foot rim, and degradation to the glaze from submersion. No other damage and no restoration. Please see our images. 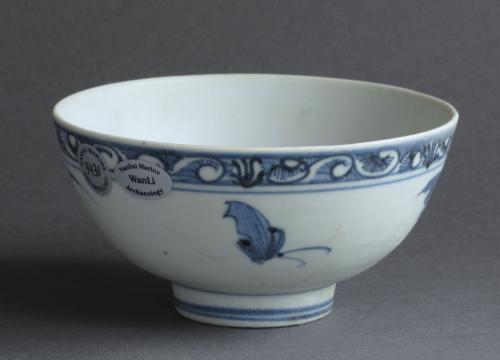 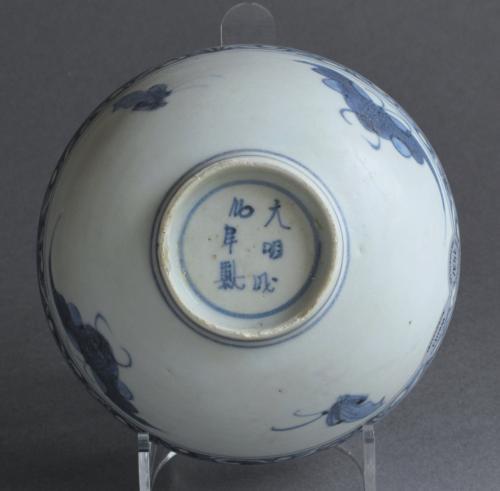 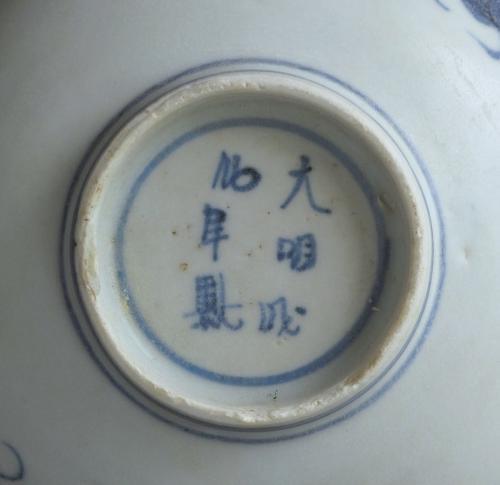 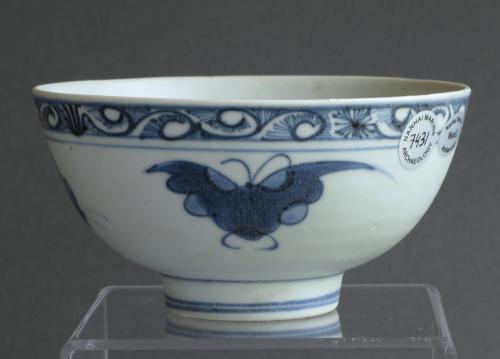 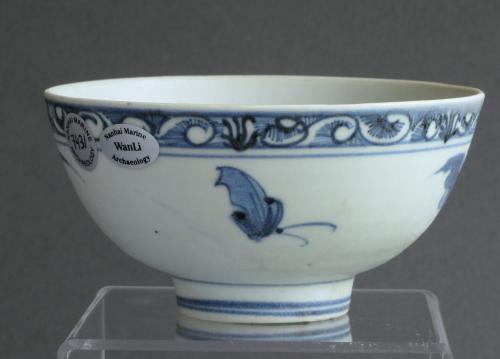