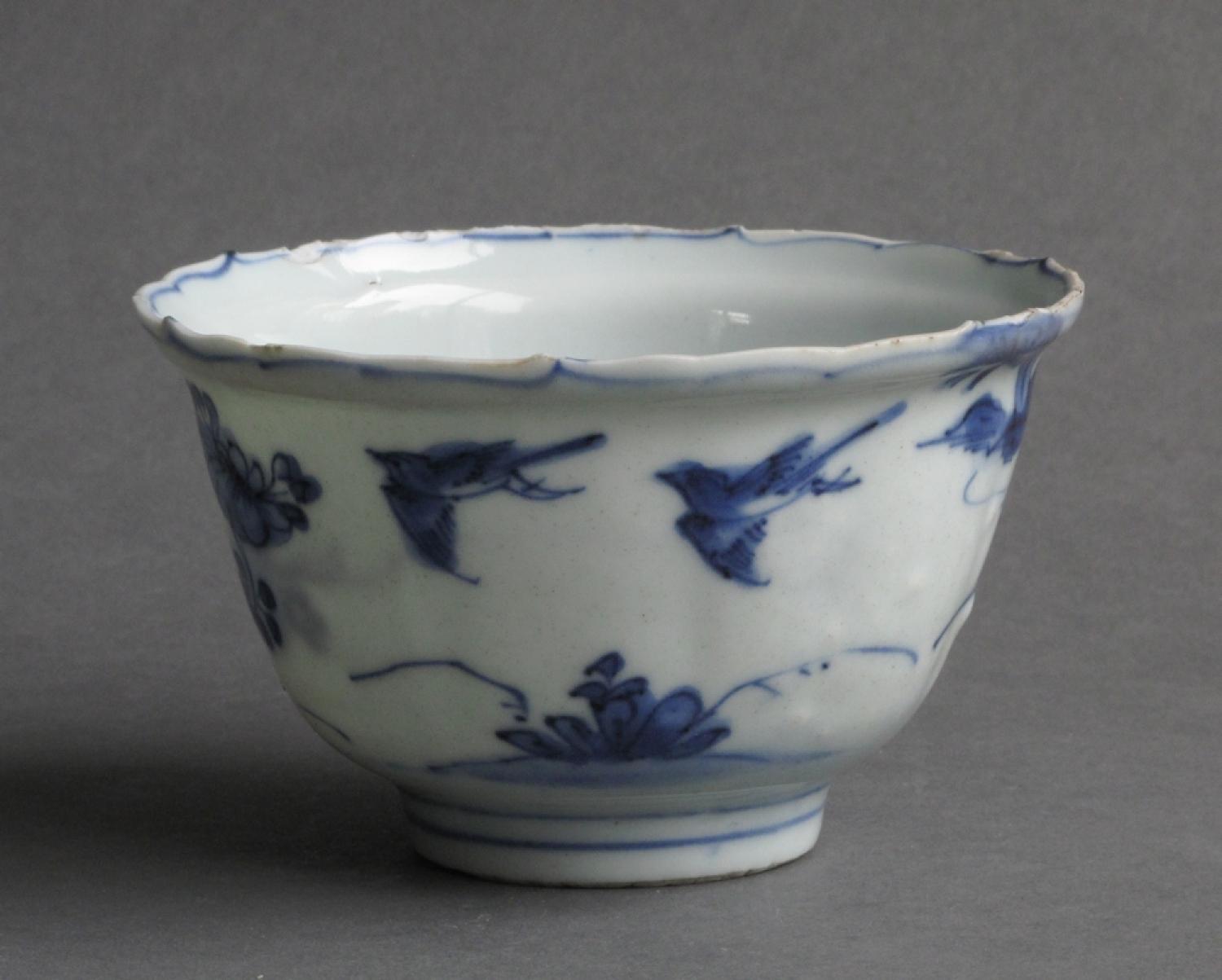 A charming finely-potted and translucent small Chinese deep cup with everted rim, dating from the late Ming Wanli period.  The outside is decorated in underglaze blue with flying birds and flowers, and with distant hills.  The inside is decorated around the walls with two curious plants (probably a simplified form of peach spray), and with a bird standing on a rock in the centre.  The base has the remains of a gold-coloured wax seal 'DUVEEN LIVERPOOL' for the late Nineteenth and early Twentieth Century dealers Duveen.  Diameter 9.6cm (3.8")

An interesting cup, with the body moulded into the vertical panels typical of kraak wares but decorated in a freer style which does not follow the moulding of the body.  These cups with the bird standing on a rock in the interior are known as 'crow cups' in the Netherlands.  In her book on Kraak wares, Maura Rinaldi refers to this style of decoration as a 'crowcup without panels' (shape IV.2) and notes that they are relatively uncommon in Western collections.

Condition:  there is one small and shallow chip to the delicate rim, and a little rim fritting and roughness to the foot rim.  There is a short and faint hairline to the body of the cup.  There is a little kiln grit adhering in the glaze on the outside of the cup.  Please see our images. 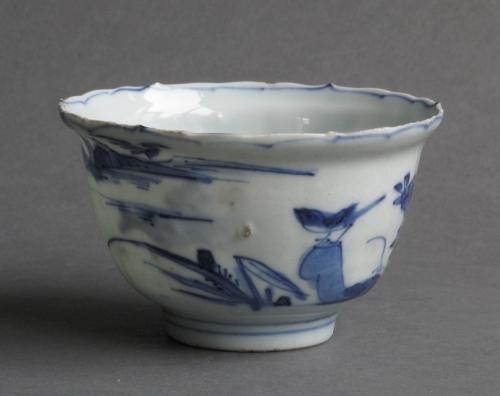 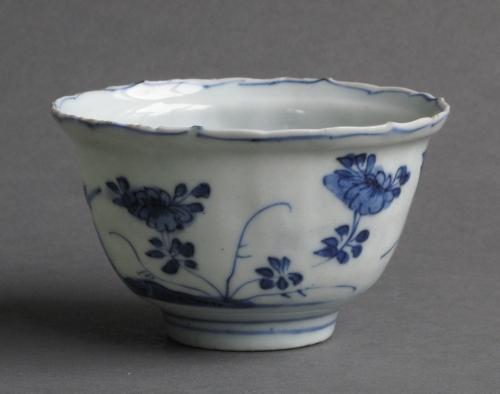 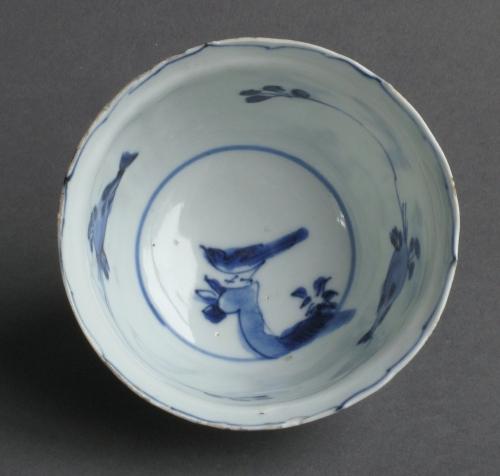 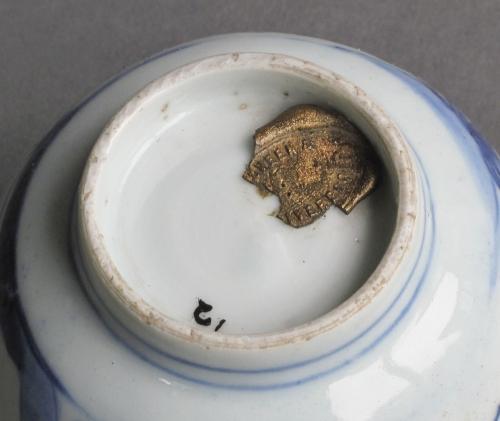 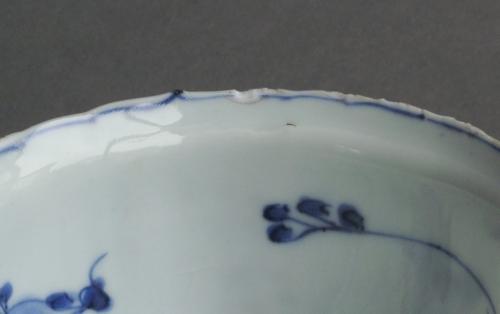 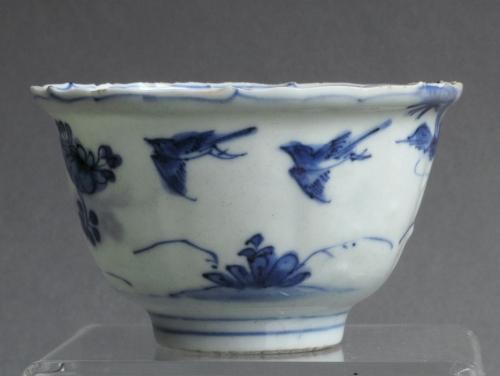 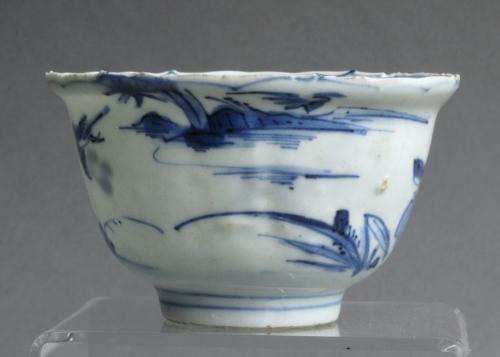 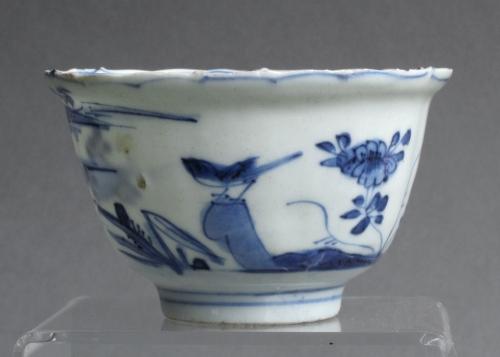 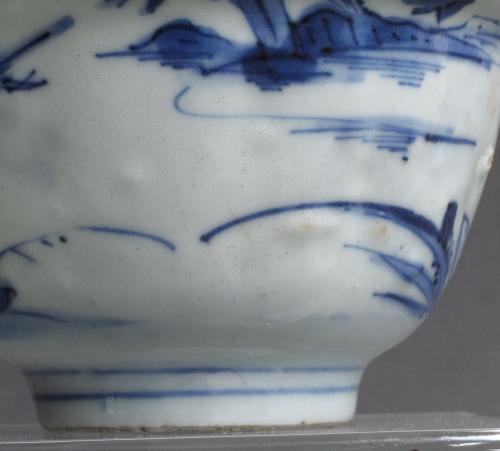