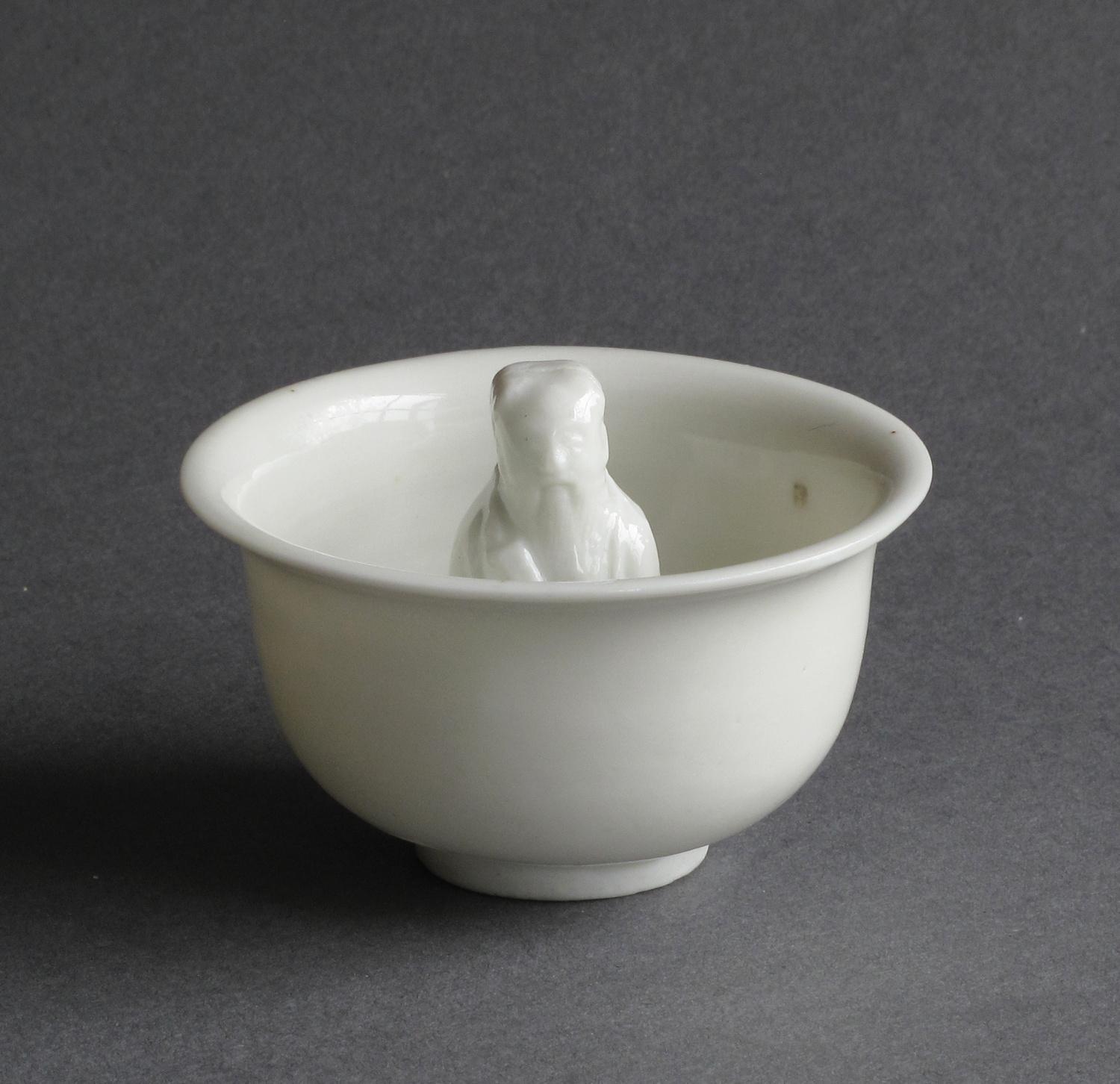 A Chinese blanc de Chine 'surprise' or 'trick' cup from the Dehua kilns in Fujian province dating from the late Ming to early Qing Transitional period. The cup has a moulded figure of the immortal Han Zhongli inside, holding his fan. There is a hole in the base passing into the figure in such a manner that if the cup is only partly filled the liquid is held by the cup, but if the cup is filled to the brim the liquid pours out of the hole in the base. This feature leads to these being known as 'don't be greedy' cups in China. Diameter 7.2 cm (2.8")

A cup of this design was incuded in the 60th anniversary exhibition of blanc de Chine held by S Marchant & Son in 1985, and is illustrated in the catalogue of the exhibition where it is dated to c1640.

Condition: this cup is in excellent condition with only a few kiln dust specks in the glaze and one tiny chip to the footroom (please see our pictures). No other damage and no restoration. 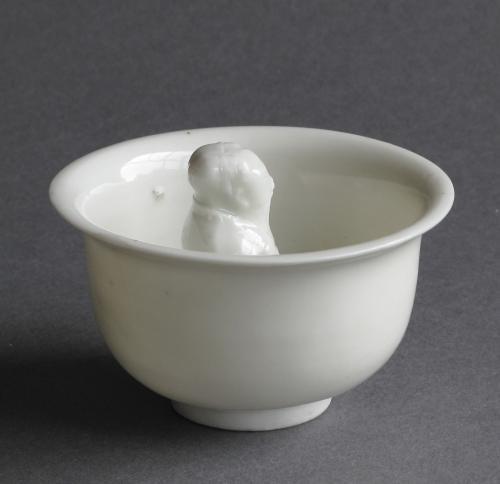 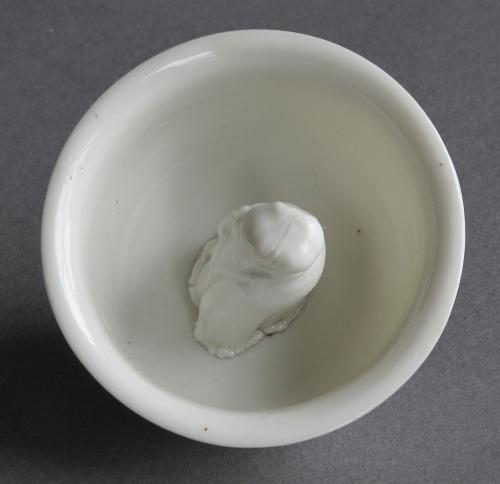 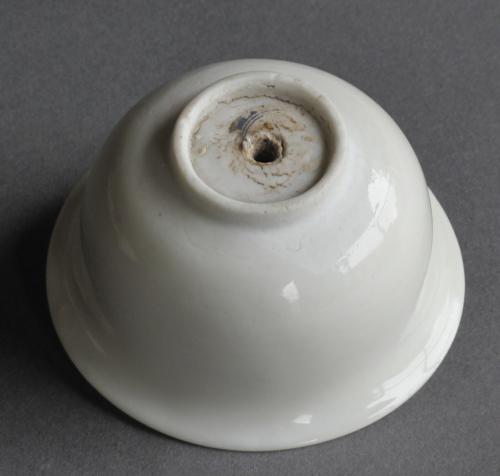 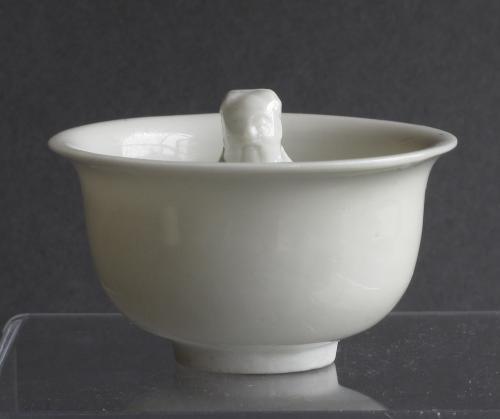