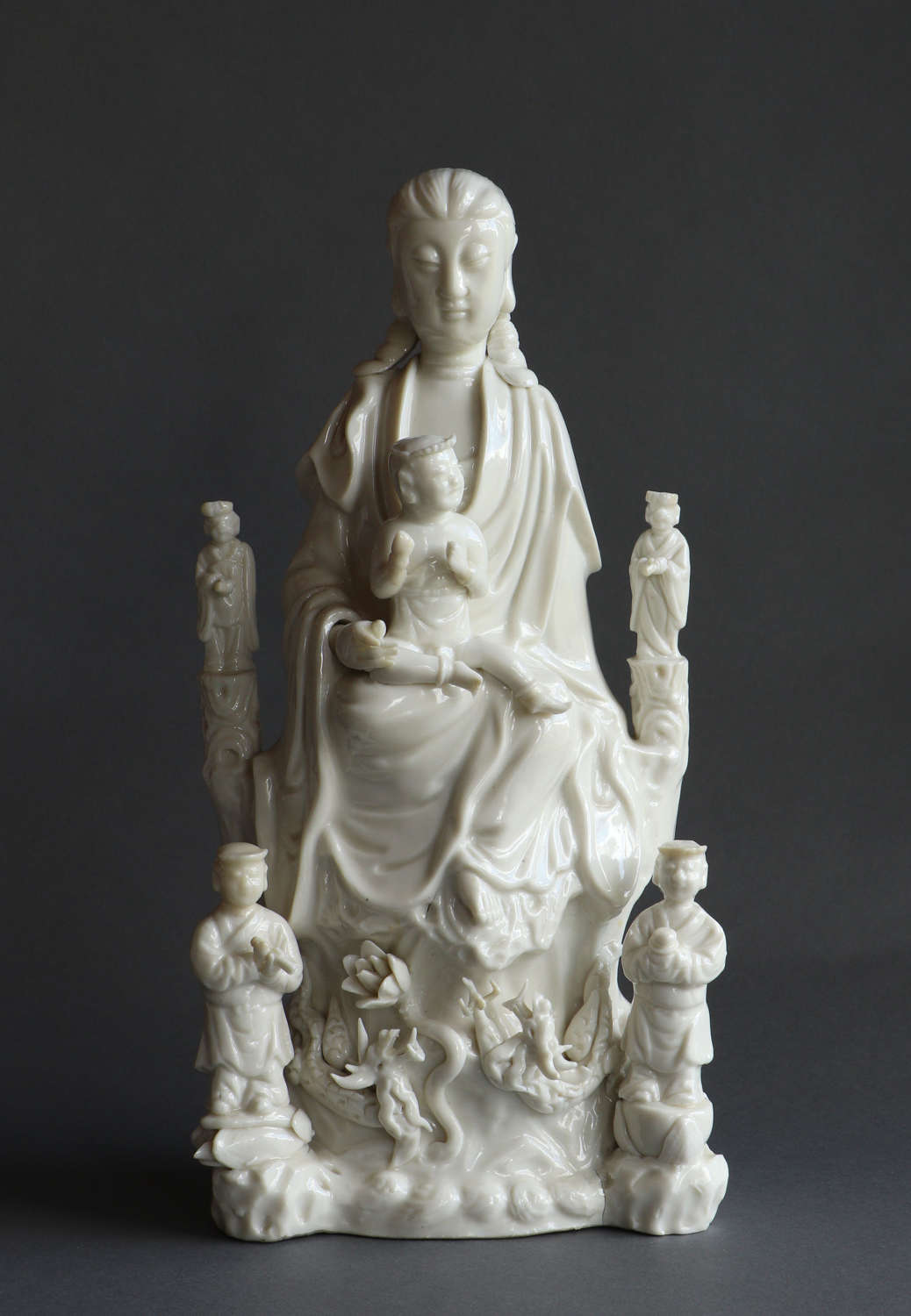 A Chinese blanc de Chine figure of Guanyin of a good size and well detailed, made in the Dehua kilns in Fujian Province, and dating from the Eighteenth Century.  The deity is modelled seated on a rock with one leg crossed over the other, with a child on her raised right knee, her long hair pulled into two long braids trailing down her shoulders, and surrounded by 4 officials wearing caps on their heads. Two dragons are writhing around the base of the figure.  Height 36cm (14.2").

Figures of Guanyin of this general type are more frequently seen with Guanyin depicted with her hair on top of the head, wearing a cowl, and accompanied by a male and female attentant.  This figure is far rarer. 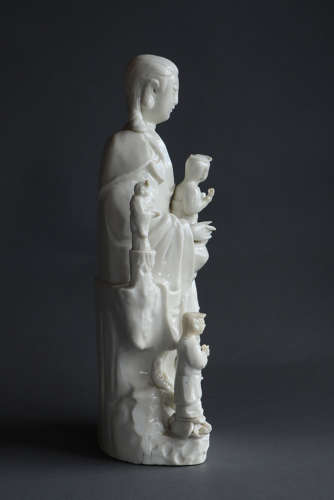 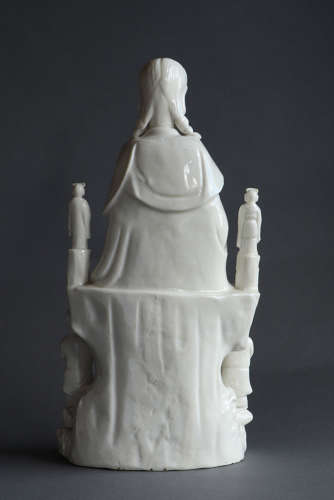 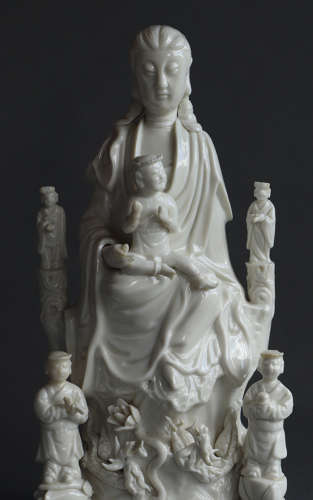 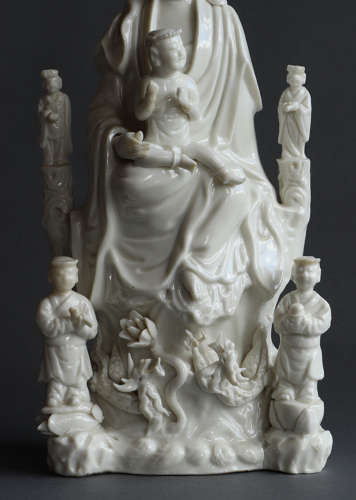 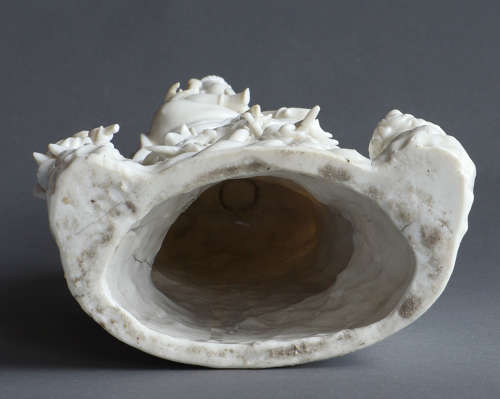 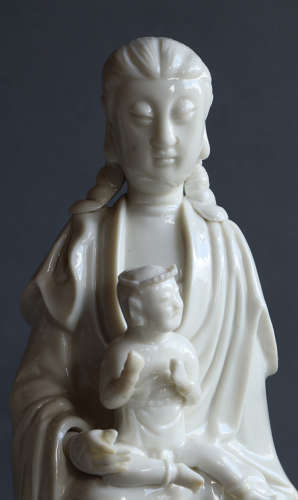 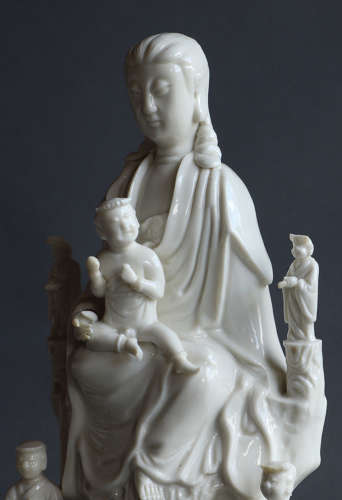 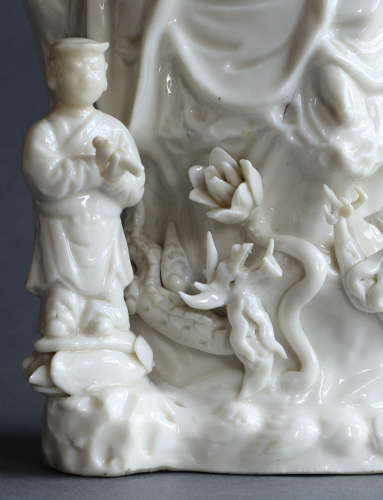 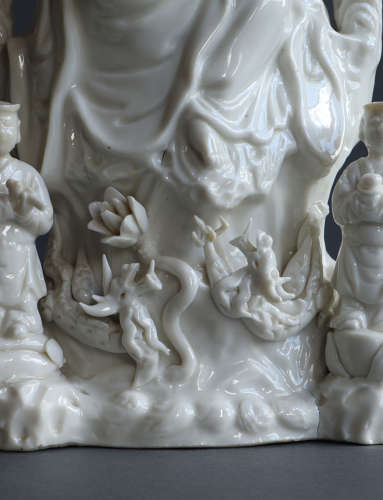 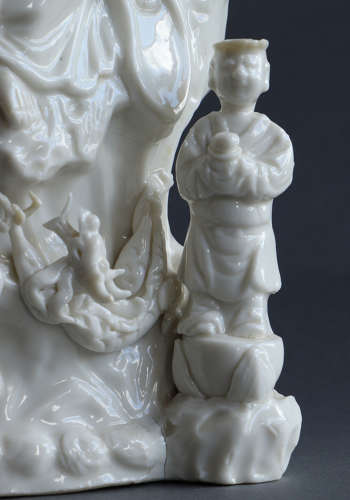