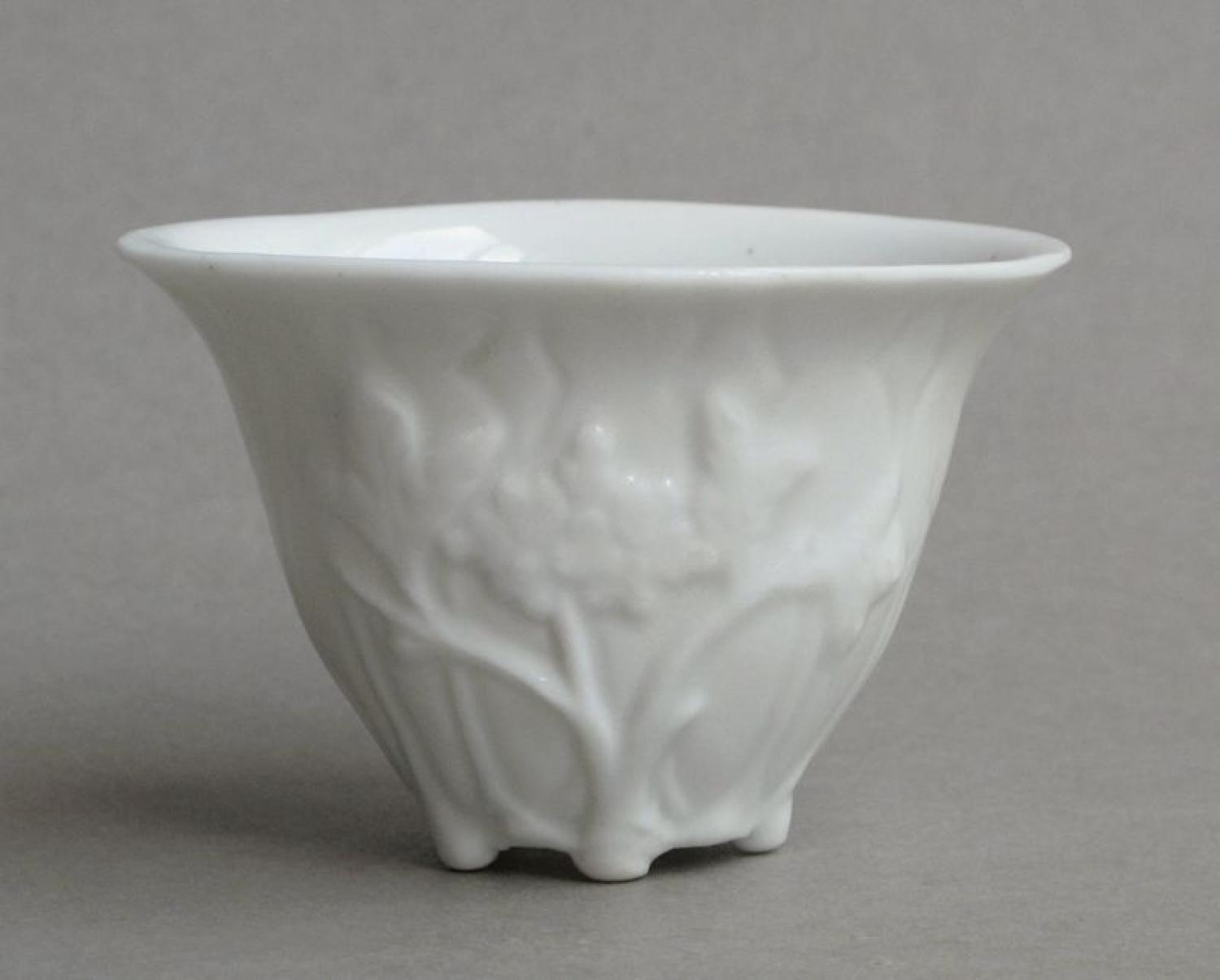 A good quality and well-moulded Chinese blanc de Chine cup dating from the Shunzhi period.  The cup is of a milk-white colour and is moulded in the form of a large cupped veined leaf, and moulded with peony branches and flowers rising from the base. The foot is formed by the base of the branches, and has central veining. Diameter 8.5cm (3.4")

The final photograph shows the effect of shining a light inside the cup, and shows the translucent body and the floral moulding.

A pair of identical cups were included as part of the exhibition of blanc de Chine held at London specialists Marchant’s in 2006, where they were dated to 1640-1660

There is one small filled rim chip (see images) and an associated short (1cm) hairline.  No other damage. 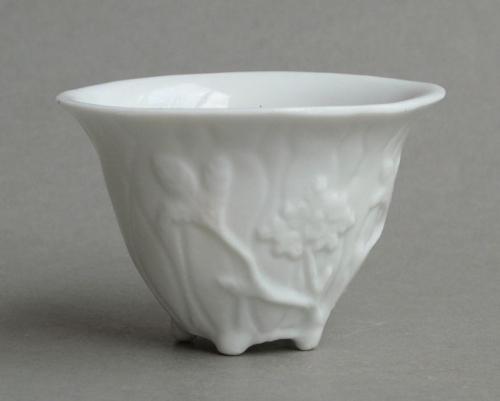 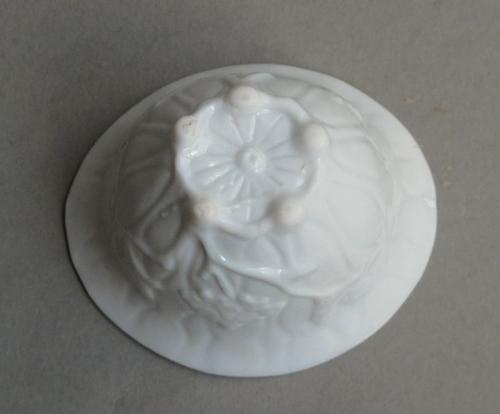 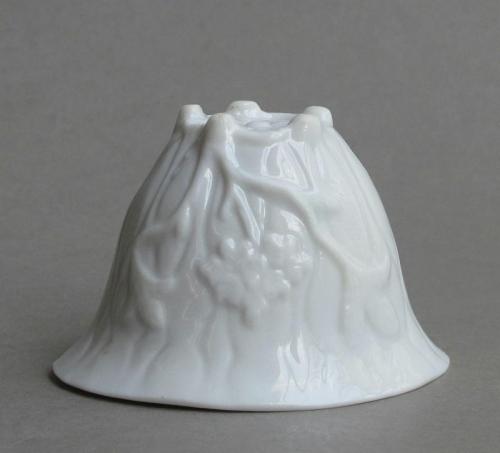 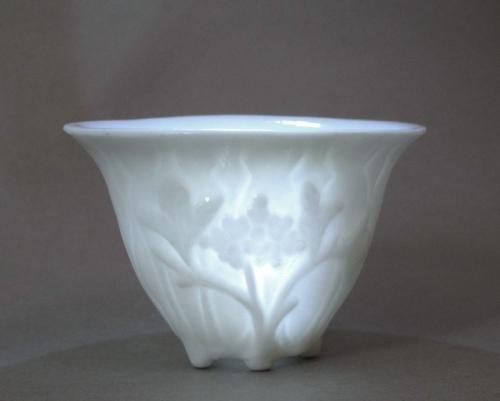 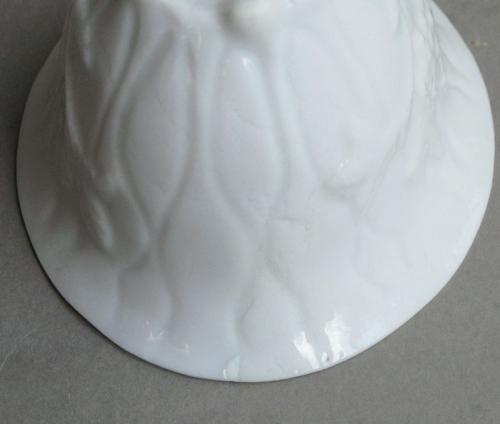