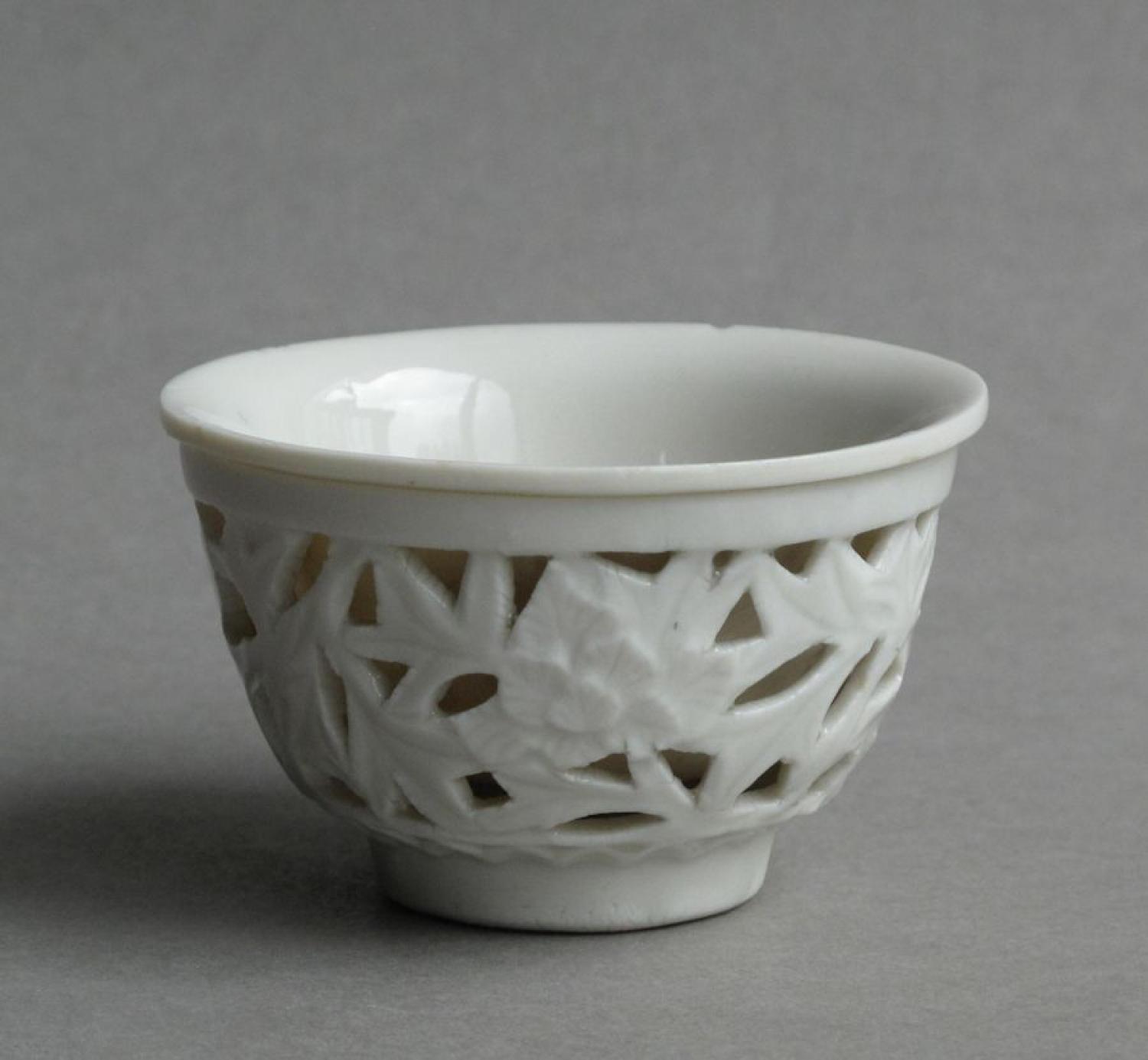 A Chinese double-walled and pierced blanc de Chine cup from the Dehua kilns in Fujian Province, dating from the late Ming to early Qing period.  The cup is formed in two parts: an inner cup (which also forms the rim) and an outer cup with carved and pierced decoration of peony flowers and foliage. There is a band of petal moulding around the foot. The base of the cup is pierced in the form of a Chinese cash coin. Diameter 7.3cm (2.9”)

There is one very small rim chip, a little glaze roughness at the rim and a short firing crack in the base of the cup (visible at about 1 o’clock in the photo of the interior).  See images. 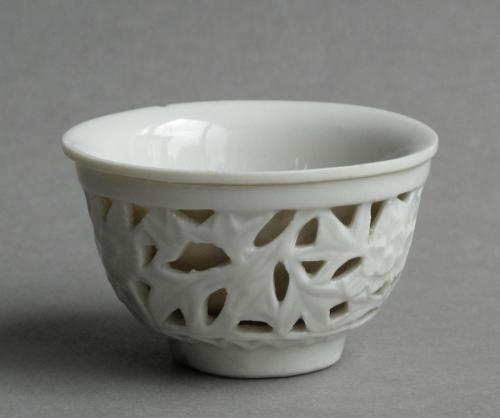 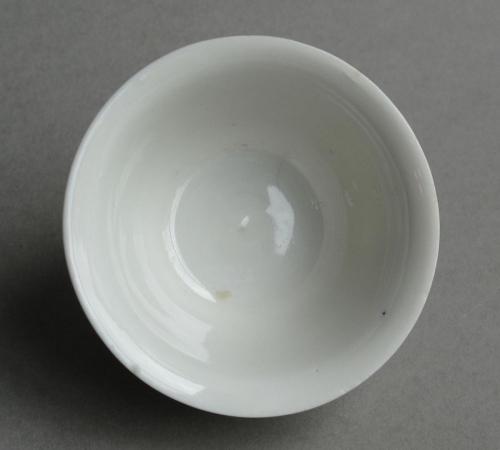 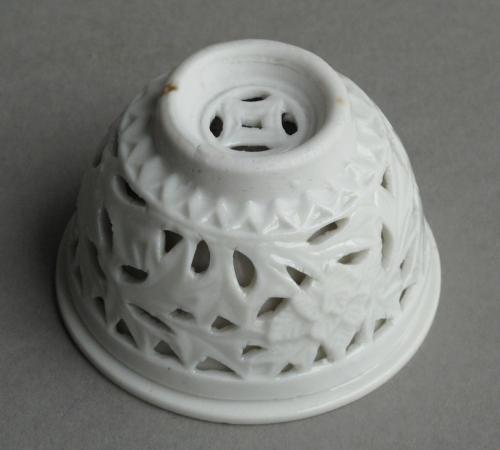 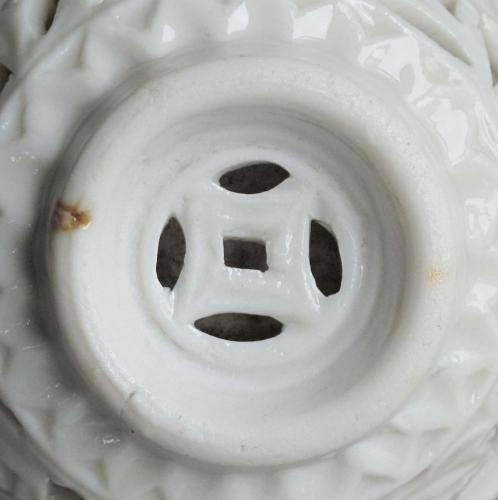 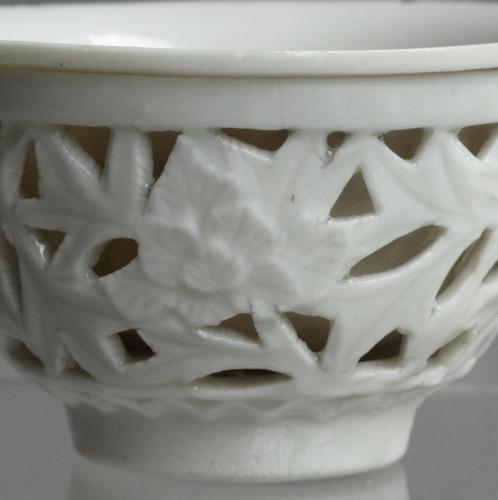 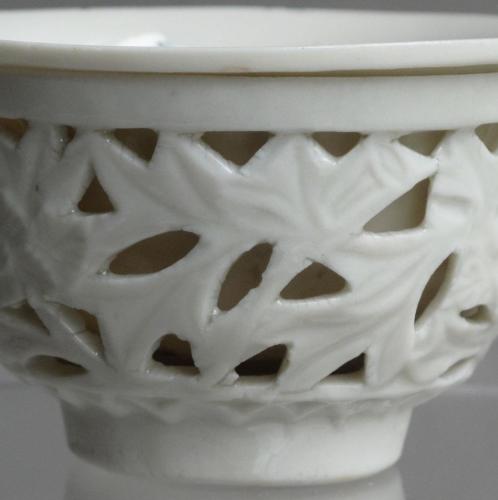 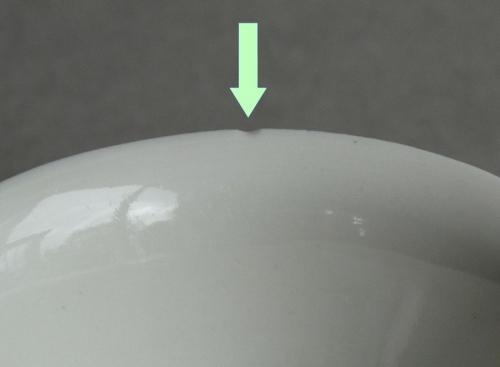