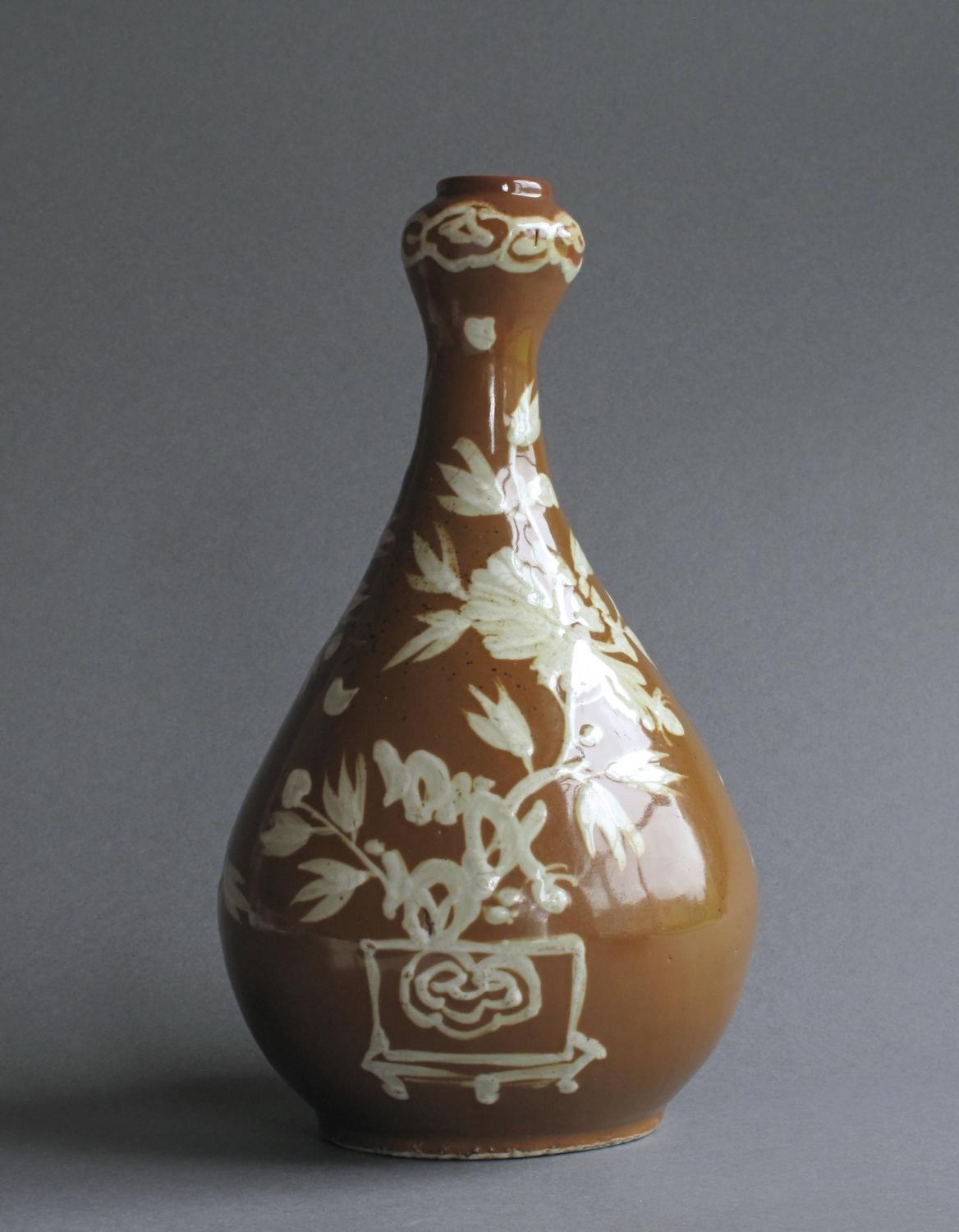 A Chinese late Ming vase of pear shape with 'garlic bulb' top to the neck, covered with a thick brown glaze and with decoration in white slip, and dating from the Wanli period.  The vase is slip-decorated with two containers on stands, from which flowering plants emerge, the curling stems forming stylised Chinese characters.  The neck is decorated with a cloud lappet pattern border.  The base is covered with the brown glaze.  The interior of the vase does not have the brown glaze.  Height 26cm (10.2")

Vases of this type are in both the Victoria & Albert Museum and British Museum collections.  The British Museum examples are shown in the BM publication 'Ming Ceramics in the British Museum' by Jessica Harrison-Hall.  The stylised characters formed by the stem are difficult to interpret, but could be all or part of the phrase fu lu shou (happinness, prosperity, and longevity).

Condition.  There are two professionaly-restored chips (one to the foot rim and one to the rim) and a curved crack in the neck (please see our images).  The head of the vase, which was made separately and luted to the main body of the vase, has been potted slightly off true and has a slight lean. 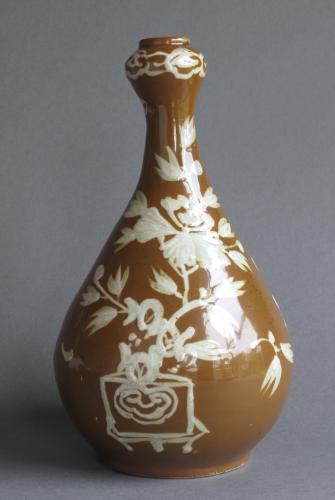 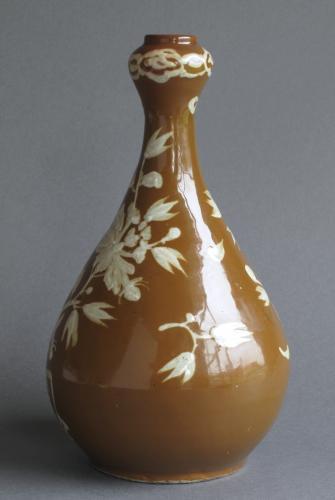 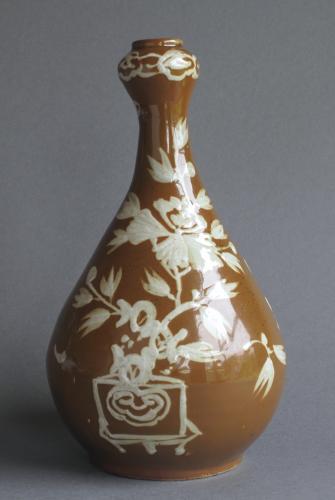 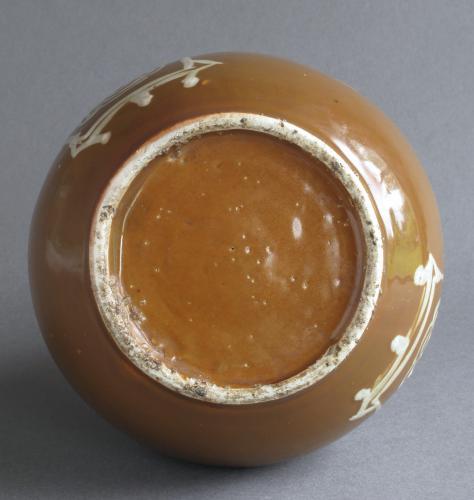 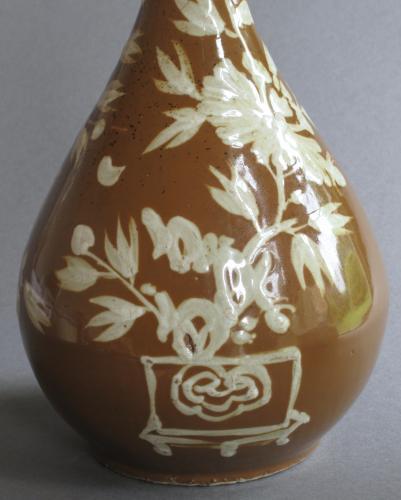 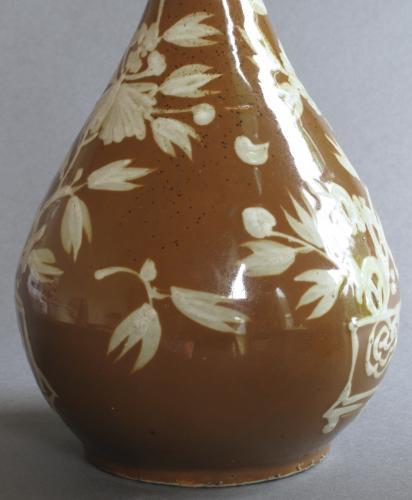 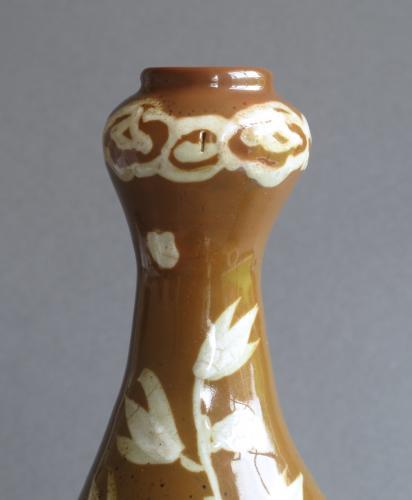