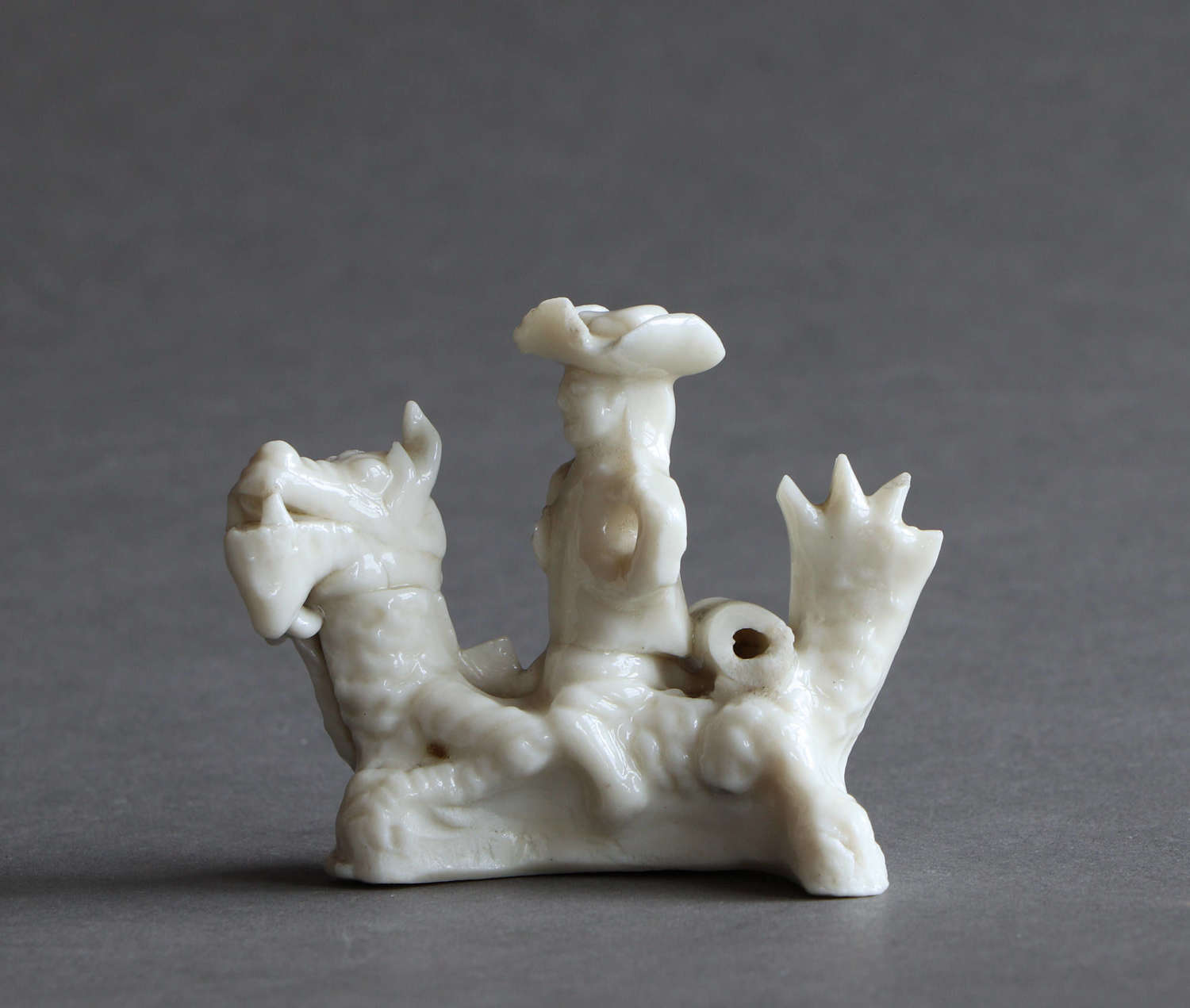 A miniature blanc de Chine whistle modelled as a European man wearing a four-cornered hat riding on the back of a dragon, dating from the Kangxi period c1700.  Length 6cm (2.4”).

A similar, but larger, figure was sold by the London specialists Marchant in their 1985 exhibition of Blanc de Chine.  Marchants described their figure as a ‘brush rest whistle’.  For another example, see figure A on page 78 of 'Blanc de Chine, the Great Porcelain of Dehua' by Robert H. Blumenfield.

In his book ‘Oriental Export Market Porcelain’ Geoffrey Godden lists part of the cargo of the English East India Company vessel the ‘Dashwood’ which was sold in England in 1703 and included ’22 men on dragons’.

Condition: As is so often the case with these items the end of the whistle is missing, and there are losses to one of the dragon’s claws and a horn. Small chips to the rim of the man’s hat and to the tail. 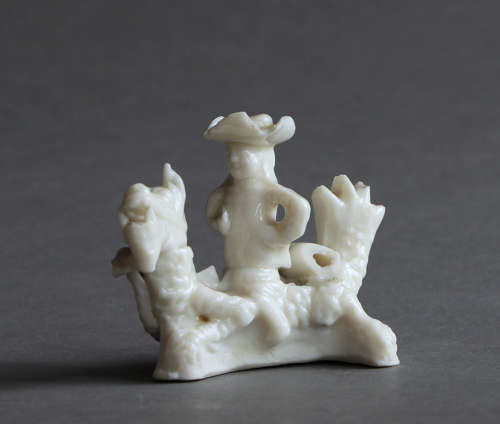 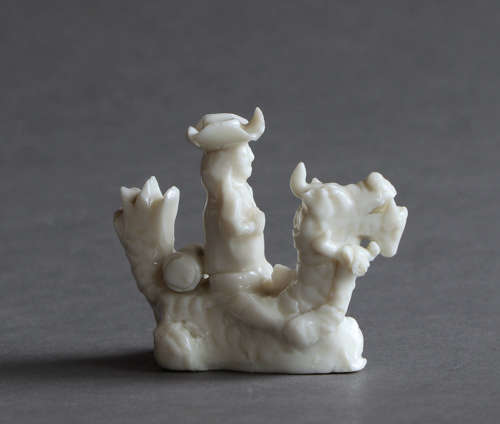 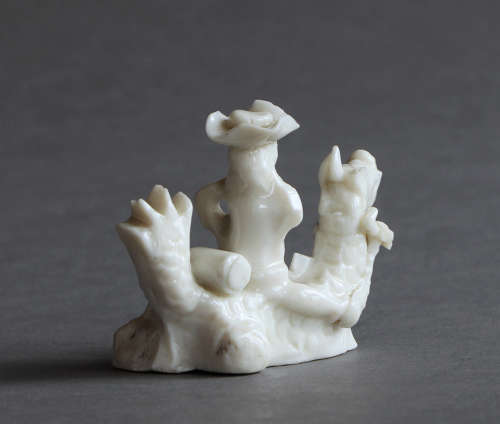 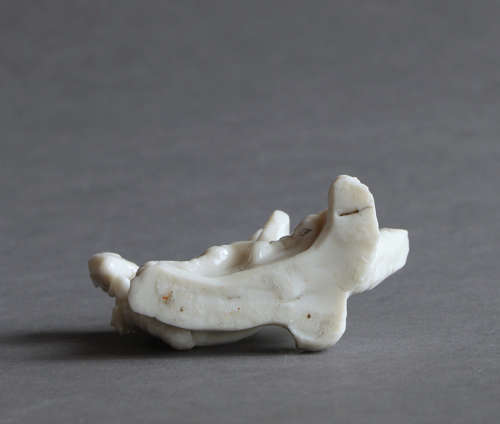 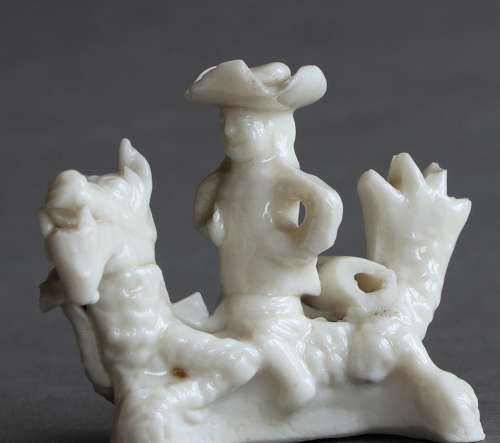