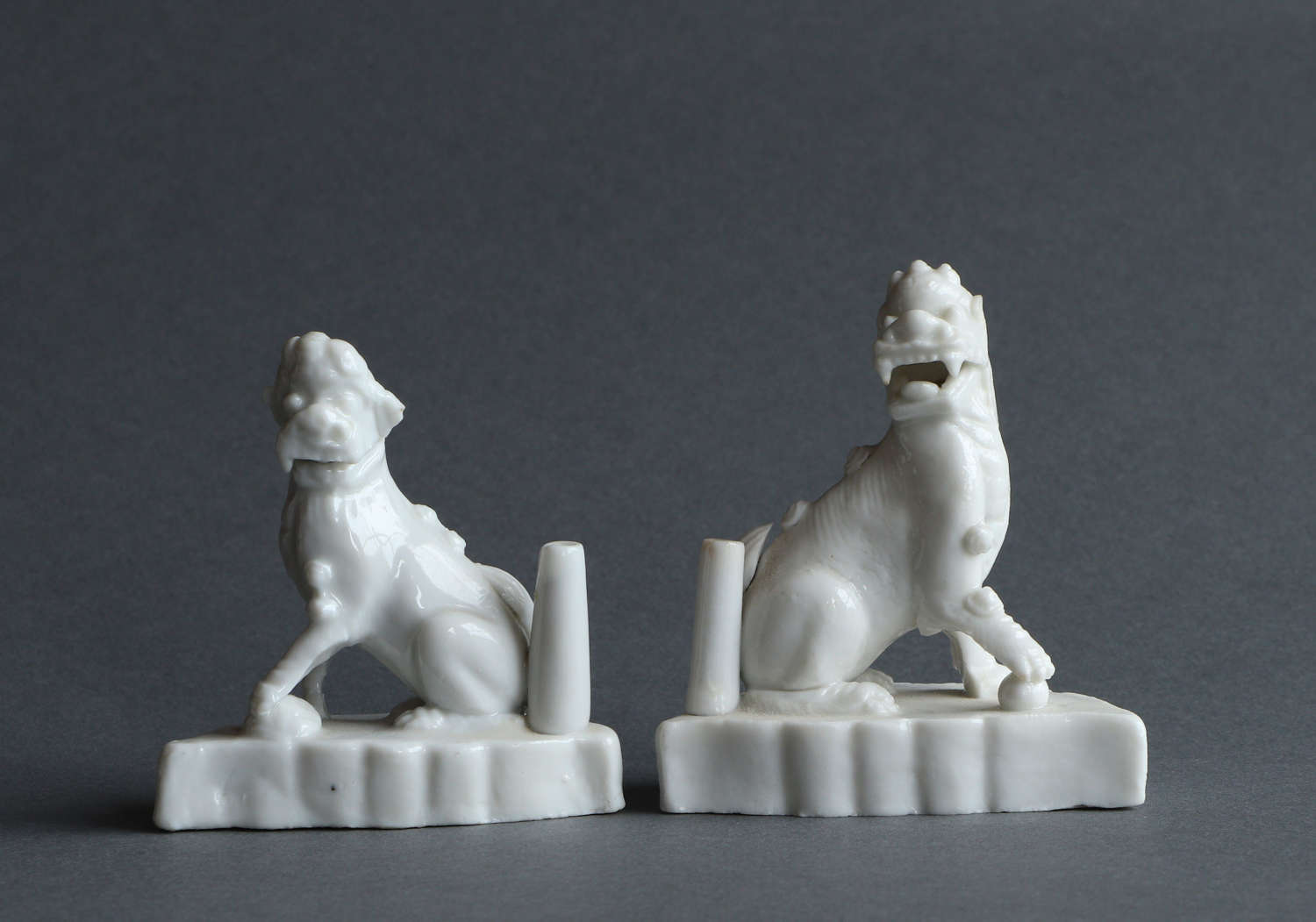 Two Chinese blanc de Chine incense holders modelled as figures of mythical creatures sitting on leaf-shaped bases , from the Dehua kilns in Fujian Province. One of the creatures is modelled facing forwards with its right foot resting on a ball and the other is shown facing forward with its left foot resting on an indistinct round object.  Height of the larger figure 8.7 cm and of the smaller figure 7.6 cm.

One figure with a label for specialist dealer Robert McPherson.

Frequently in these pairs of figures, the male figure is shown wth its foot placed on a ball, and the female with its young.  The moulding is not clear enough to decide whether the figure under the foot of the smaller figure is a curled up young creature!

Condition: there are small losses to the extremities of both figures. The smaller figure has lost its left fang and also the tips of its ears. The larger figure also has losses to both of the ears.    There is a firing crack inside the base of the smaller figure.   Please examine our photos.  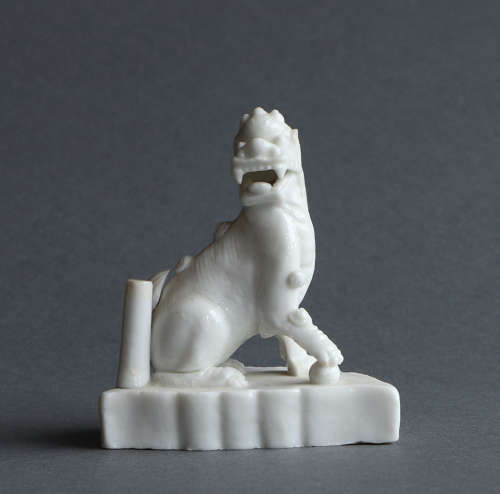 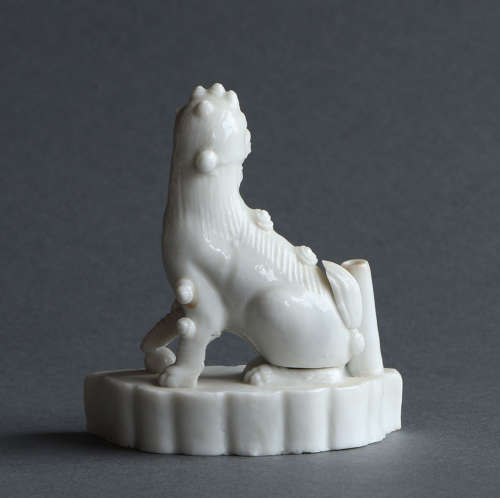 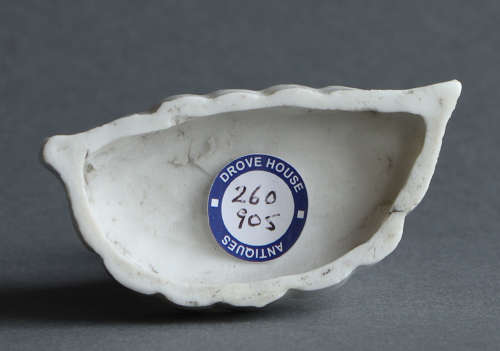 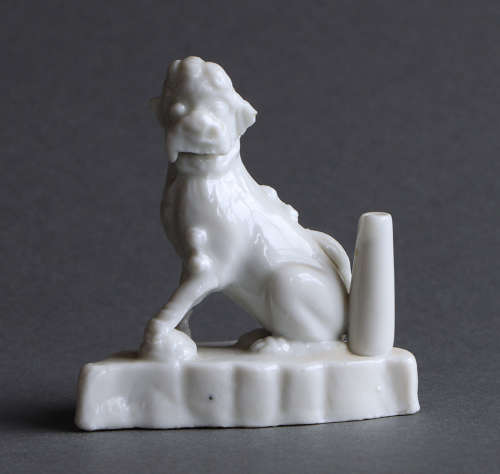 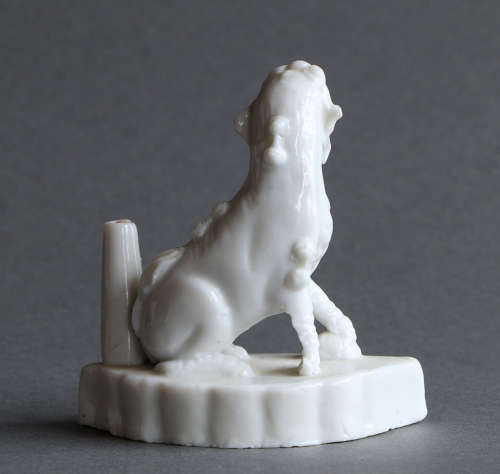 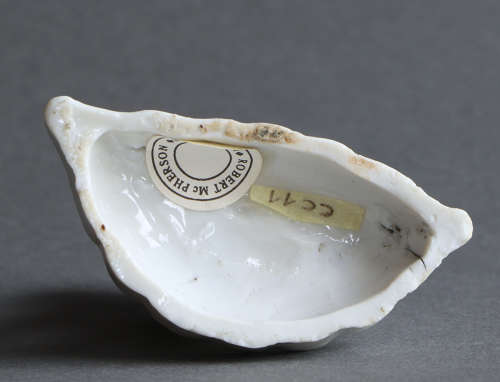