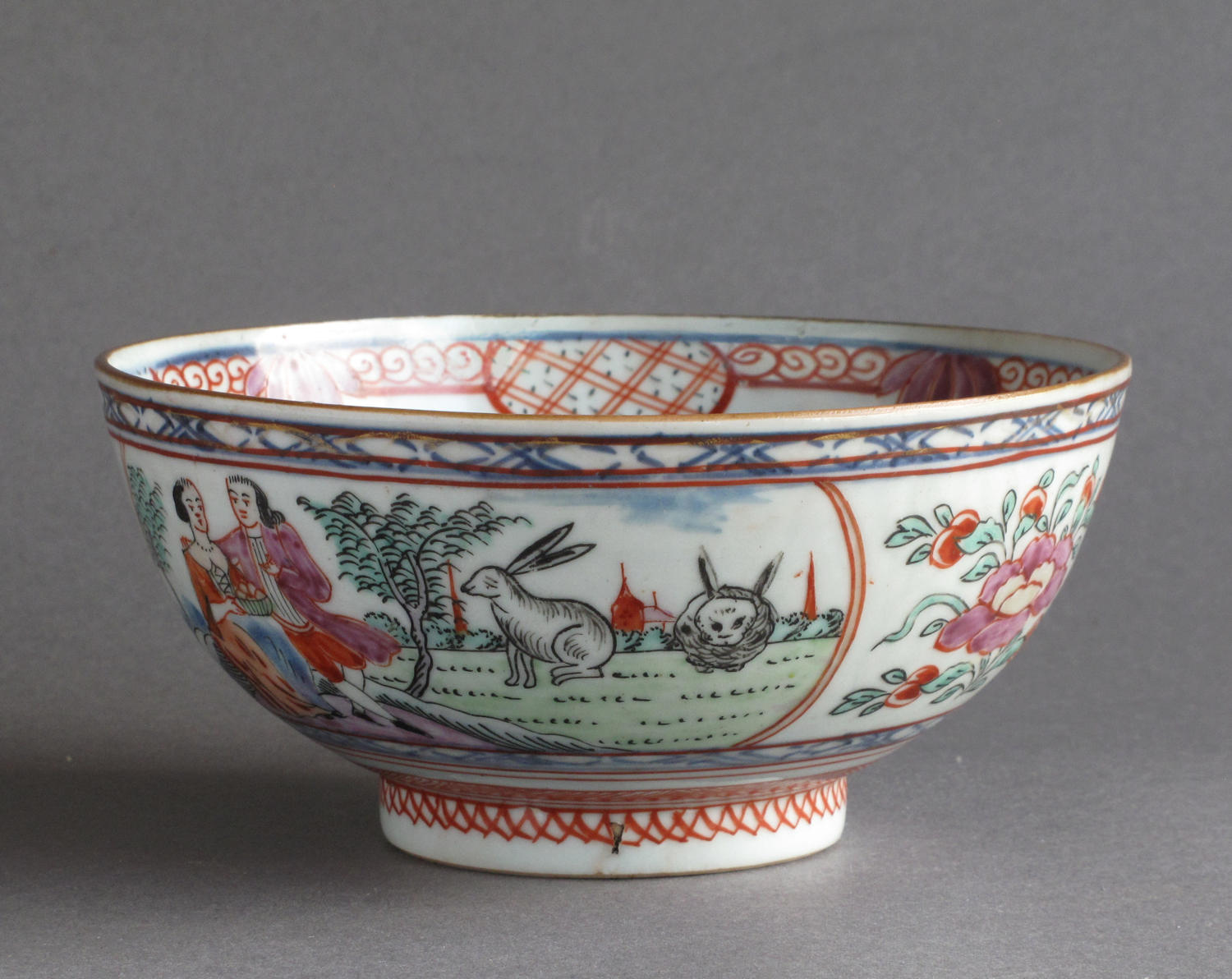 A Chinese bowl with Dutch decoration of people and rabbits, Qianlong

A Dutch-decorated Chinese bowl dating from the early Qianlong period.  The bowl was imported into Europe with carved decoration to the sides, between simple underglaze blue diaper bands.  The enamels were applied in Holland and on each side show a couple sitting together, the woman hoding a basket of flowers and fruit in her lap.  In the field behind the couple are two large rabbits.  Between these panels are flower sprays.  The inside of the bowl had a single underglaze blue flower head in the centre, around which the Dutch decorators have added further flowers and foliage, and a simple enamel band inside the rim.  Diameter 14.8cm (5.8")

The couple sitting together are similar in appearance to the couple seen in the well-known 'Cherry Picker' design.  However the addition of the two rabbits makes this an intriguing bowl.

Condition: 2 areas of restoration at the rim, and two short consolidated hairlines from the rim. 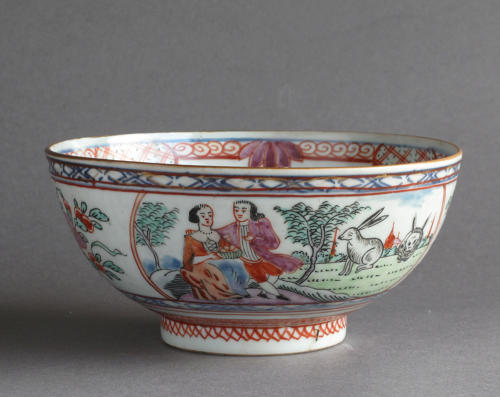 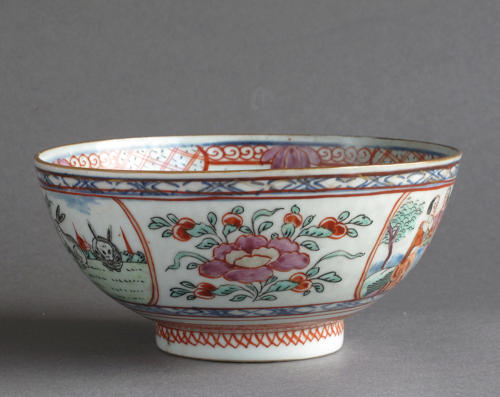 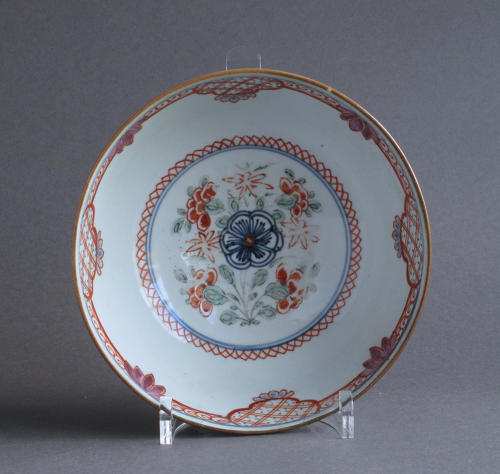 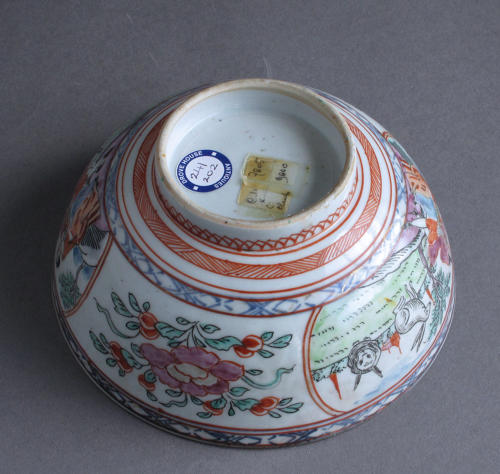 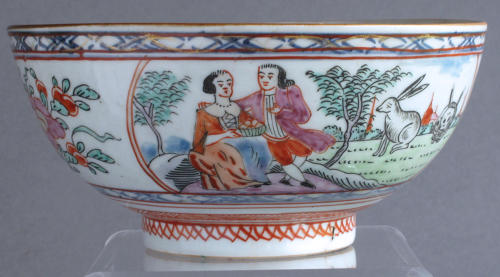 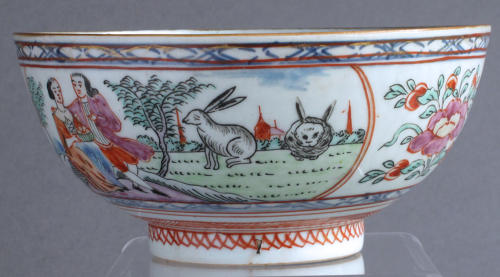 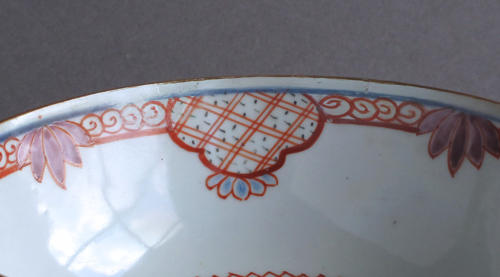