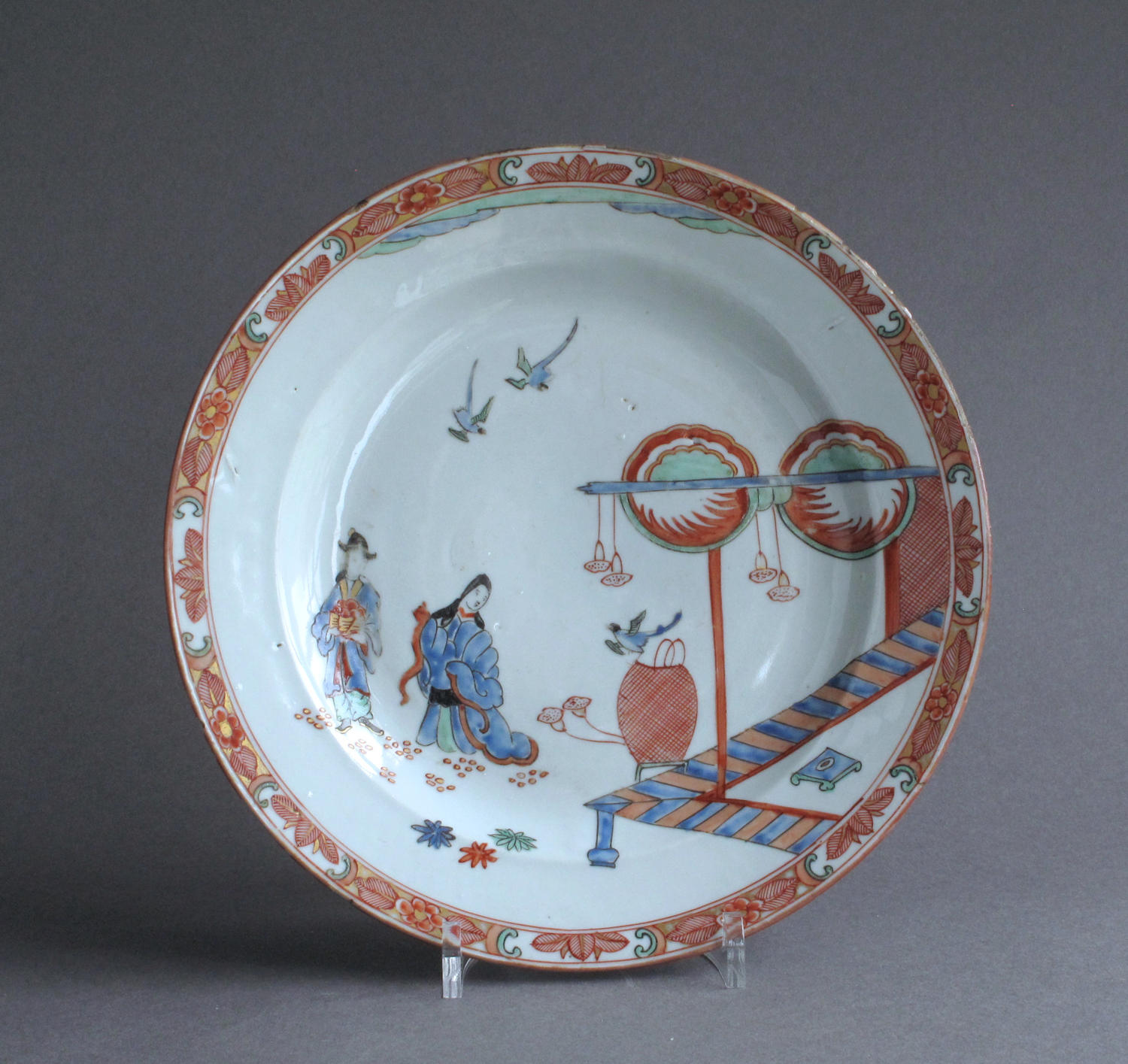 A Chinese plate with Dutch decoration of a Japanese scene, decorated in the Kakiemon style, and dating from c1720.  The plate is decorated with a scene of a man and a woman in Japanese costume in a garden, with the woman listening to the song of a bird which is perched on a basket.  Two other birds are flying overhead.  Diameter 22.2cm (8.7")

This design is a direct copy in Holland of a Japanese Kakiemon original.  For a Japanese Kakiemon saucer of this design dating to 1700, see item 247 in Oliver Impey's book 'Japanese Export Porcelain'.  (The male figure, not present in the Japanese version, has been added by the Dutch decorators.)  This pattern was later used by Bow and Chelsea where it was known as the old 'Lady' pattern.

Condition: There is a significant amount of glaze fritting around the rim, and one small and shallow chip from the back of the rim.  No cracks and no restoration. There is some rubbing to the black enamel on the male figure, and a little wear to the gilding on the band around the rim. Please see our photographs. 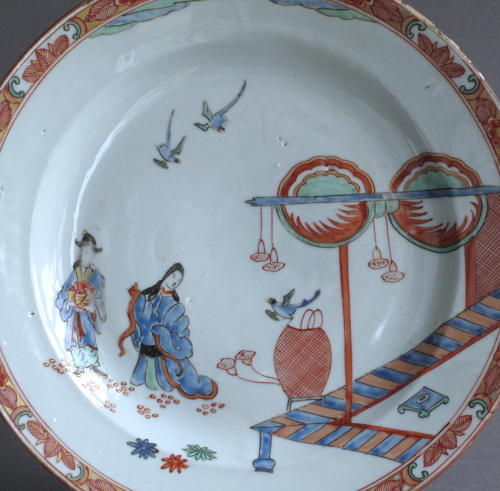 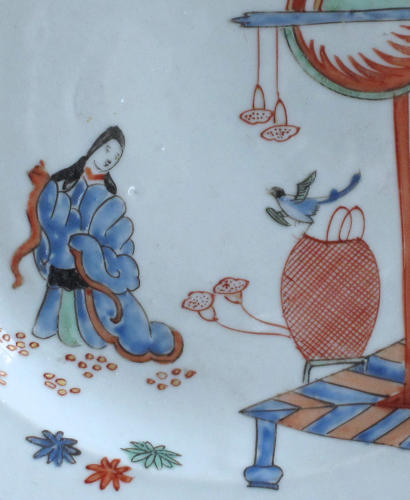 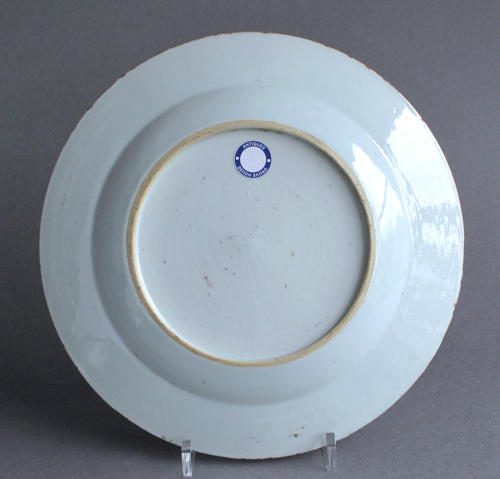 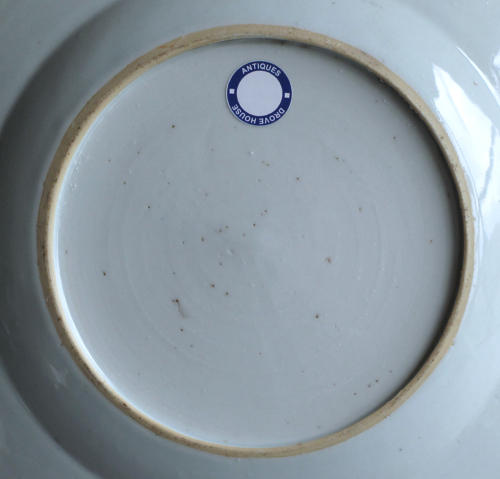 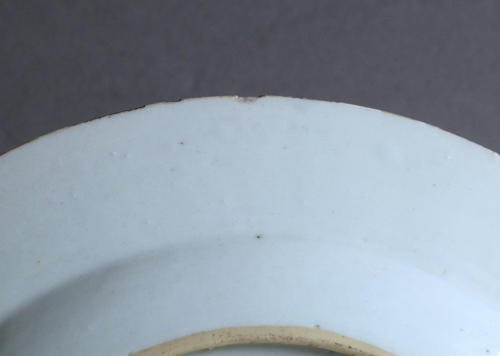 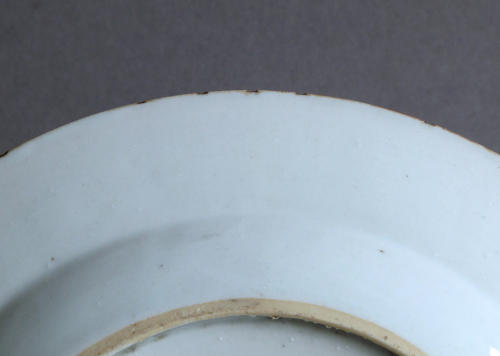 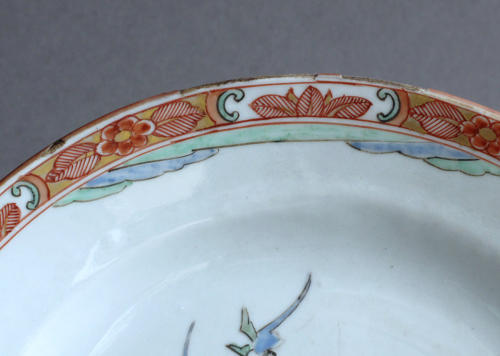