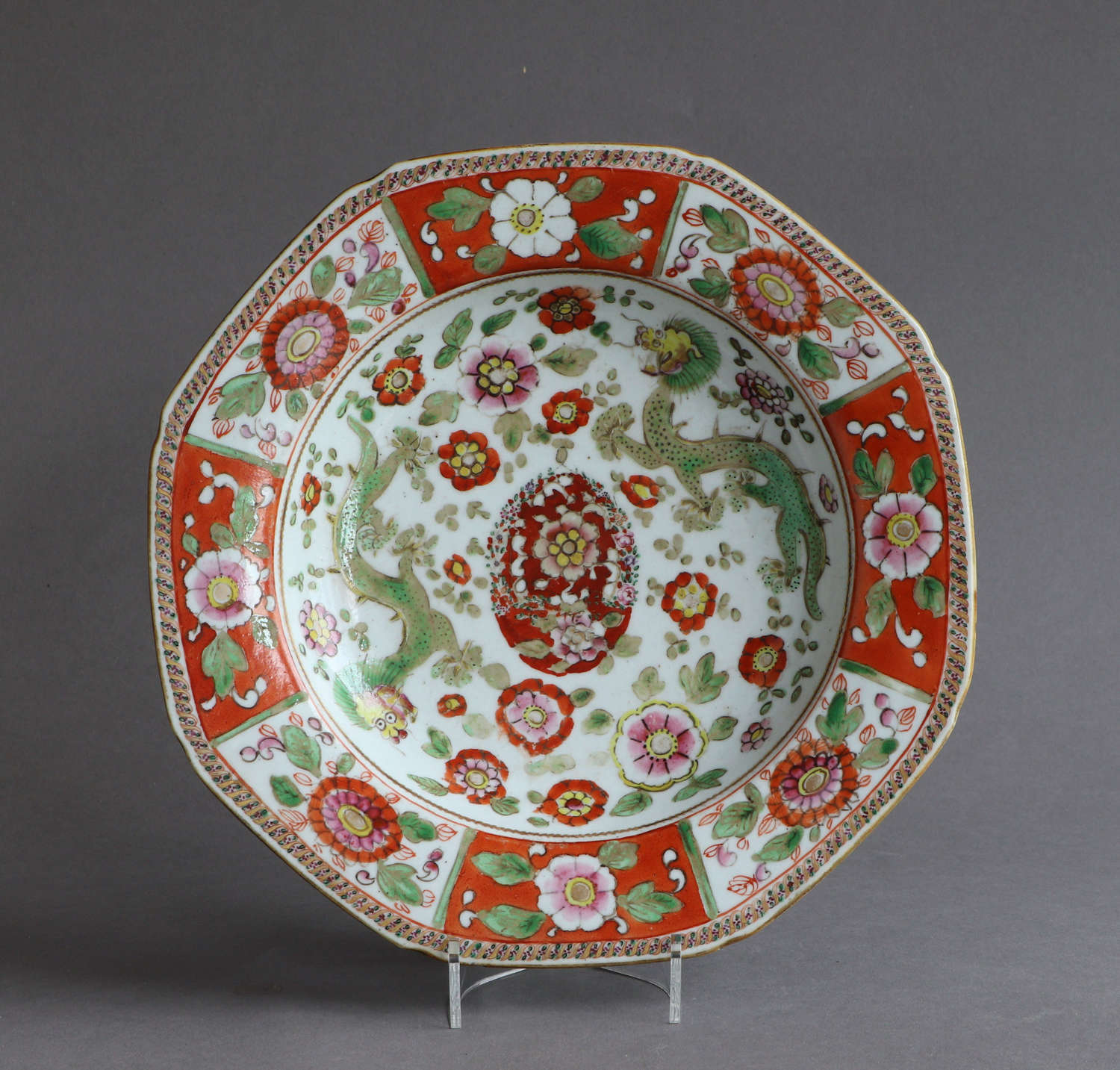 A Chinese octagonal soup dish with exuberant decoration of flowers and two dragons. This was originally a commemorative item with a central oval panel surrounded by flowers and with entwined initials within, now hidden by the deep red and flowerhead design added later in the centre of the dish. The original finely painted border and flowers surrounding the initials can still be seen. The later decoration, probably added in the early 19th century, is of large flower heads against coloured backgrounds around the rim, and two cavorting dragons among flower heads within the centre of the dish. There is a red pseudo-Chinese mark on the base. Diameter of the dish is 24 cm.

Condition: one small chip and two further small filled chips behind the rim.  No other damage and no restoration. There is fine kiln dust speckling within the glaze, particularly visible on the back of the bowl, from the re-firing process. 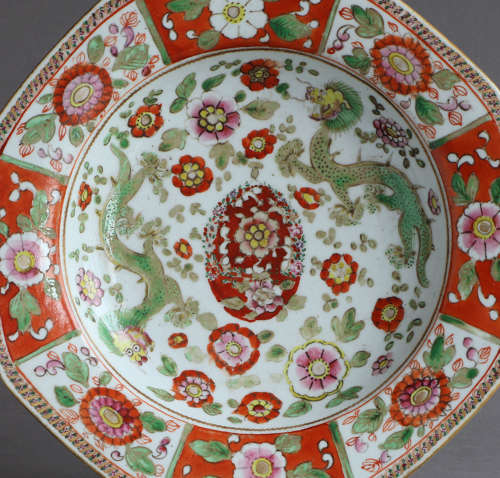 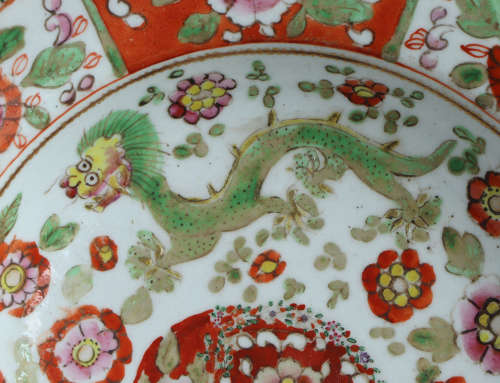 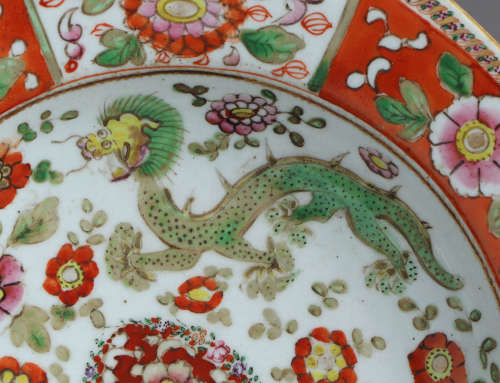 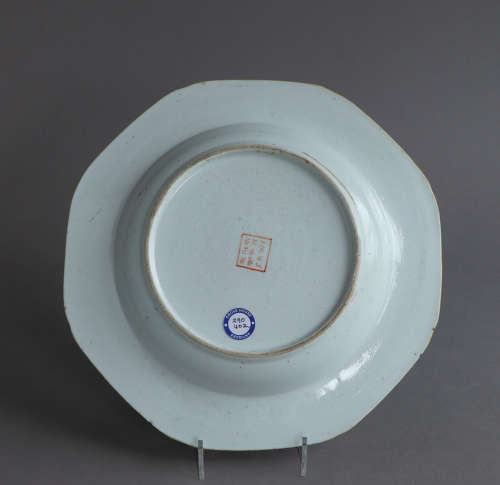 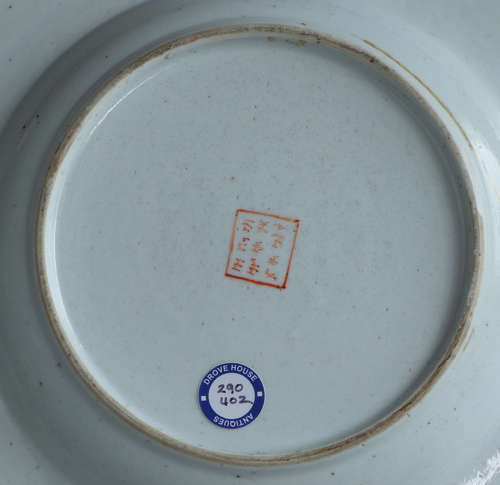 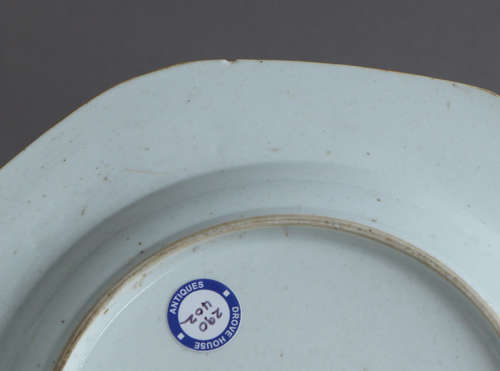