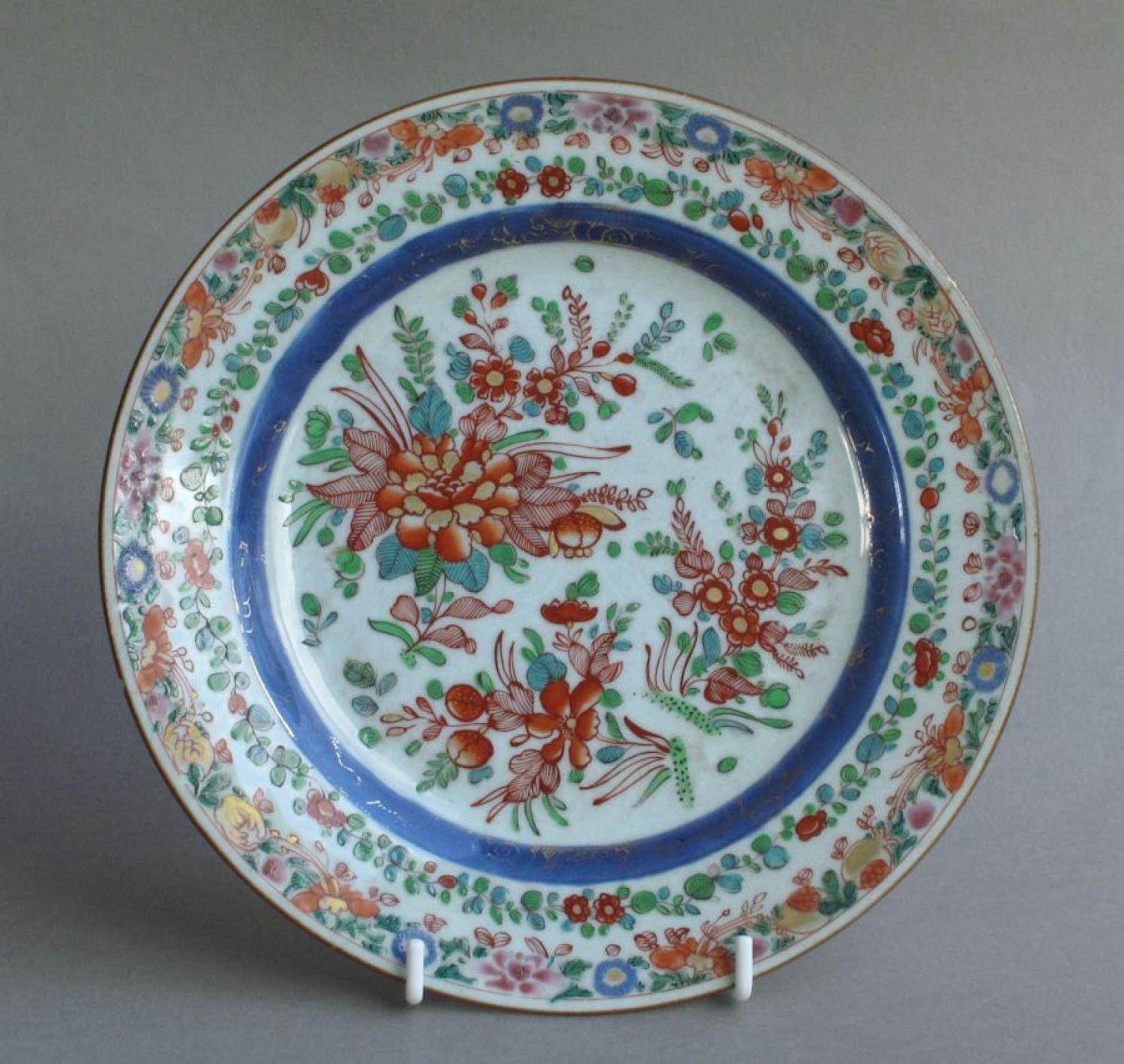 An attractive Chinese export plate with added English decoration, dating from the Yongzheng to early Qianlong period. When it was imported to Europe the plate had a floral-carved centre, a band of underglaze blue around the cavetto with gilt decoration, and a band of famille rose enamels around the rim.  At a later date (late Eighteenth or early Nineteenth Century)  the enamel decoration of flowers was added in the centre of the late, and the band of flowers and foliage around the Diameter 23.1 cm (9.1”)

From the collection of Bernard Watney, and sold as part of the sale of the Watney collection at Bonhams London on 7th November 2003 (part of lot 80).

Very good condition with two small rim frits, and a very small and shallow glaze chip at the back of the rim. No cracks and no restoration. The gilding applied to the underglaze blue band has been worn. There is some fine speckling to the glaze from the later firing. 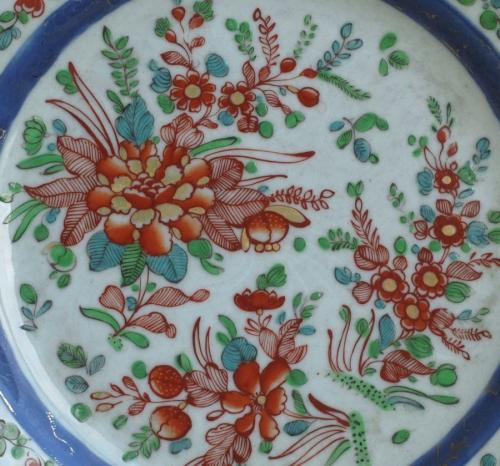 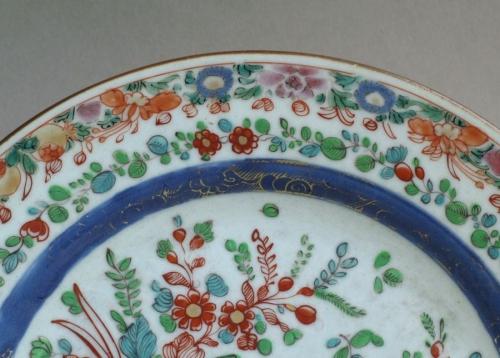 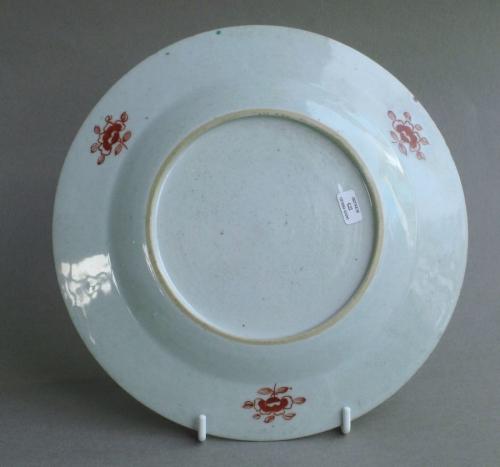