These miniature vases are sometimes called ‘doll’s house’ vases because of their small size. It is indeed possible that such miniature vases might have furnished a doll’s house, but it is equally likely that these were formed into displays of small items Chinese porcelain in the ‘Porcelain Rooms’ which were in vogue in the years around 1700.

Both vases are in excellent, undamaged condition with no chips, cracks or restoration.  There is a small amount of glaze fritting on the rim of the Imari vase.  The Imari vase has been potted slightly off-true, and has a slight lean to one side. 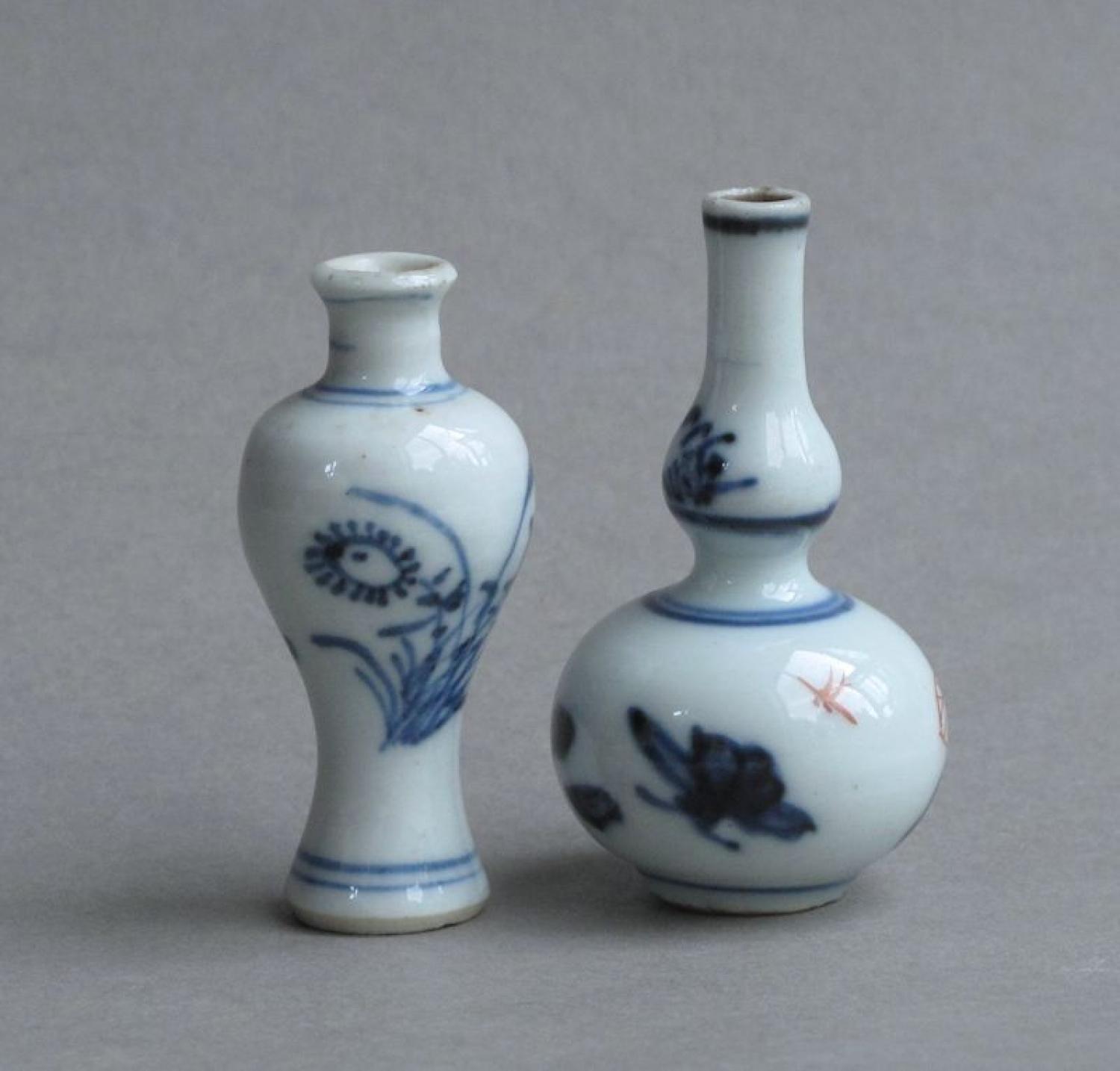 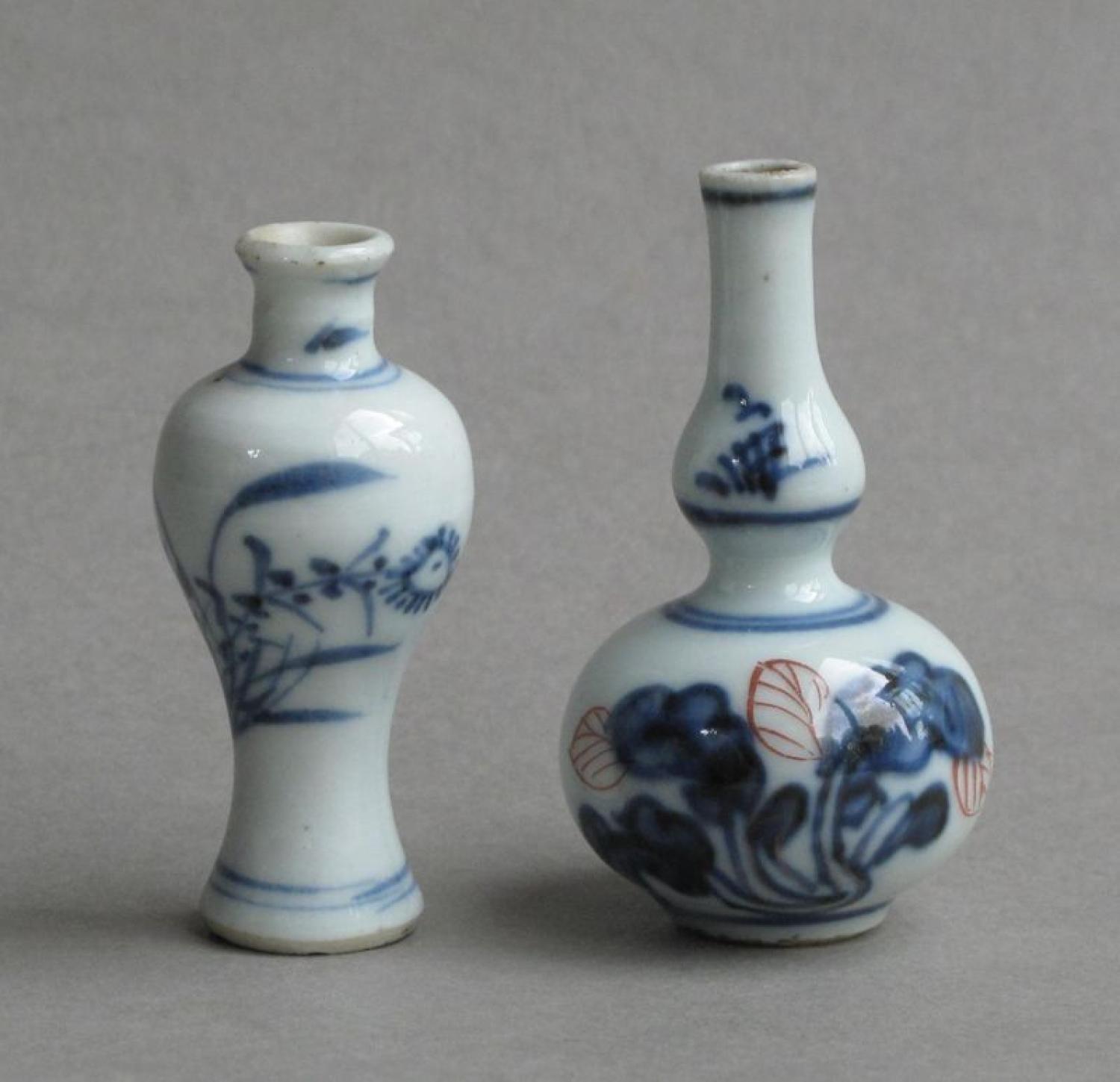 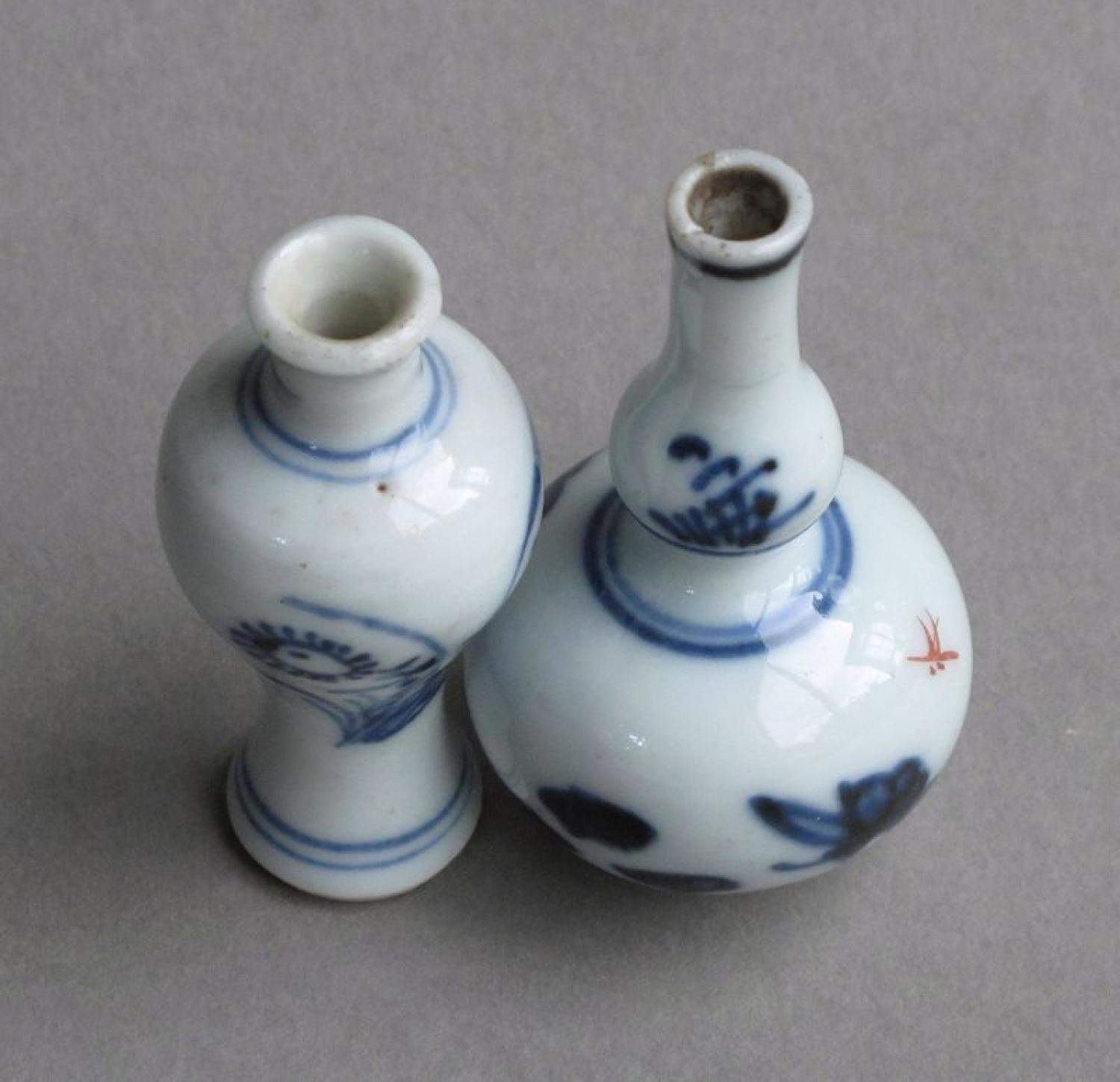 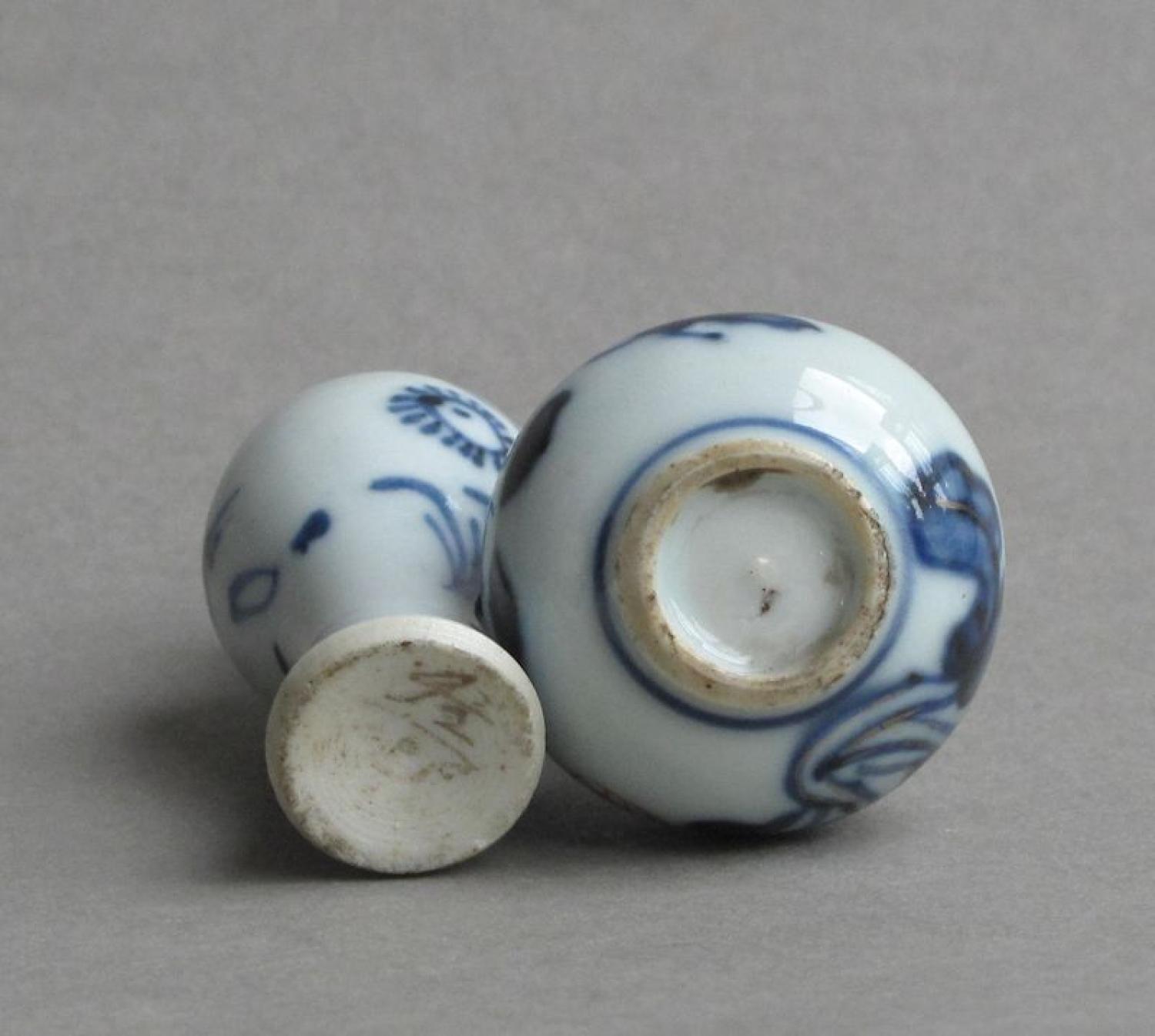