A small Chinese dish decorated in underglaze blue, and with the rim dressed with an iron-brown glaze, and dating from the second half of the Seventeenth Century, Shunzhi or early Kangxi. The centre of the dish is decorated with a landscape scene with a man standing on a rocky promontory overlooking a lake on which a boat is sailing, and with mountains in the distance with the crescent moon above. Around the rim is a design of a band of overlapping petals. The base has an underglaze blue Fu character is seal script. Diameter 13.7 cm (5.4")

This dish is in excellent condition with no chips, cracks or restoration.  There two small glaze frits at the back of the rim, a small area of loss during firing to the brown dressing at the rim, and some fritting to the glaze on the angled edge of the dish outside the foot rim at the reverse (see images).  There is some kiln grit adhering to the interior of the foot ring. 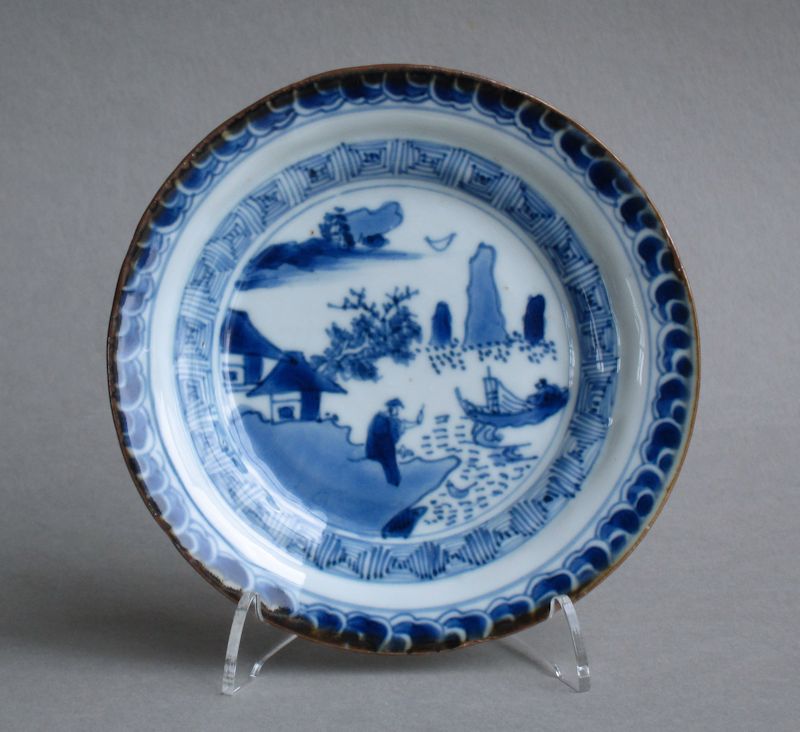 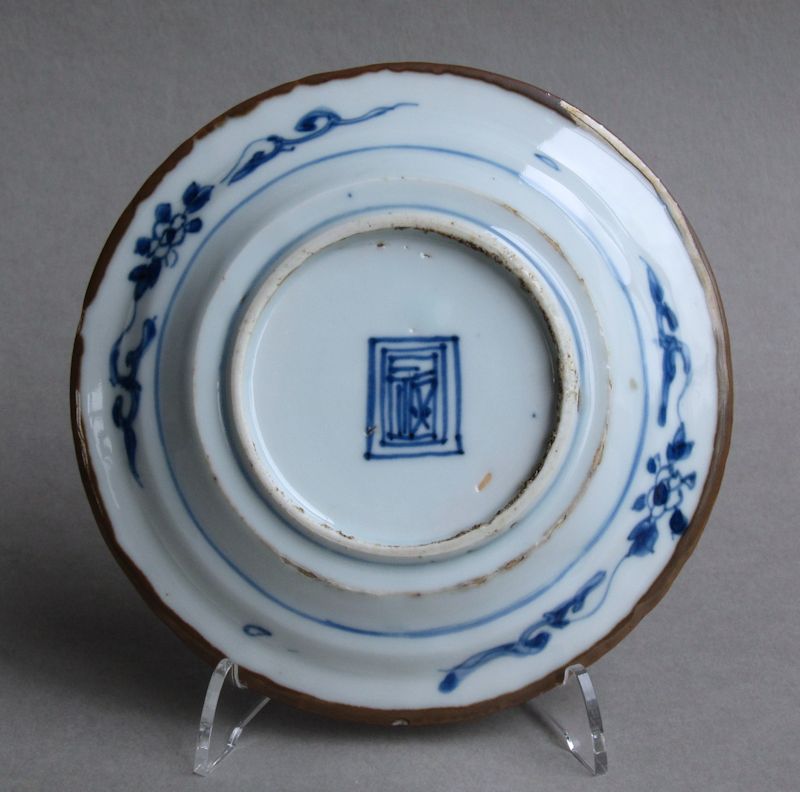 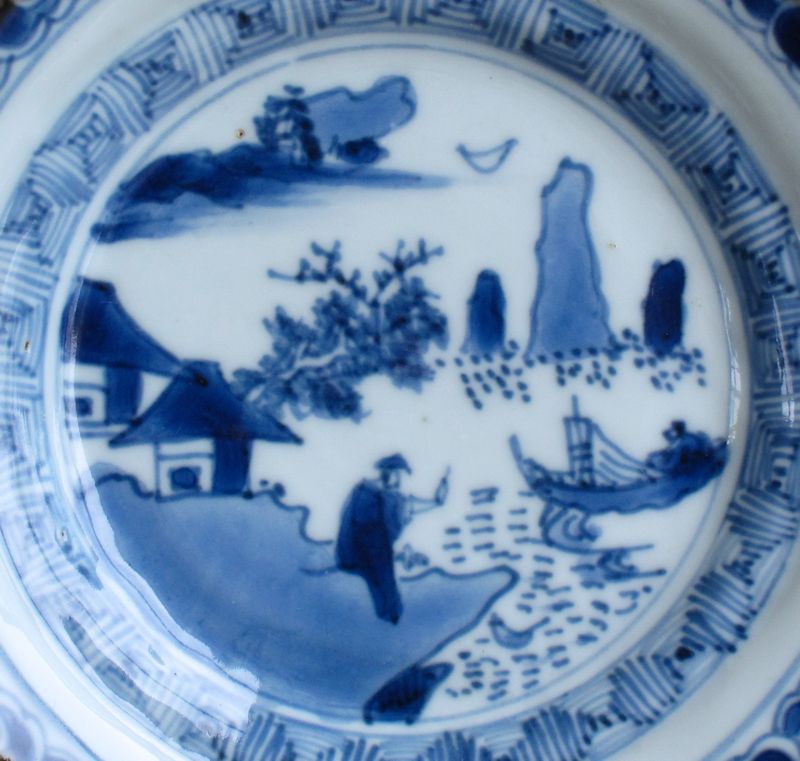 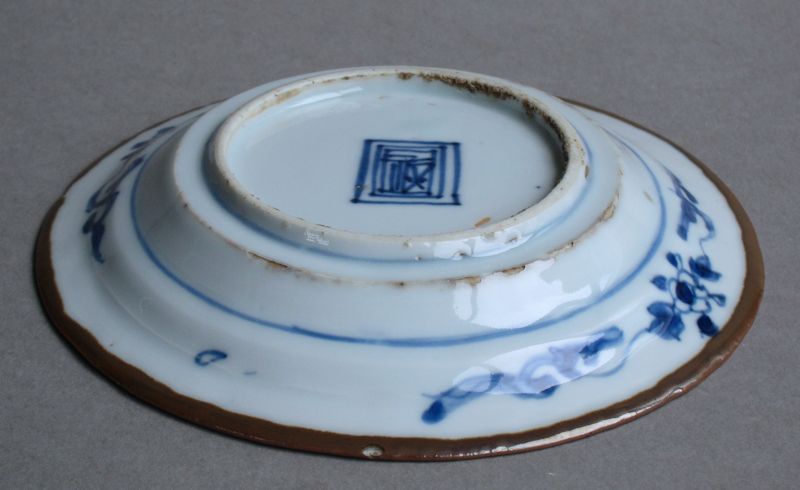 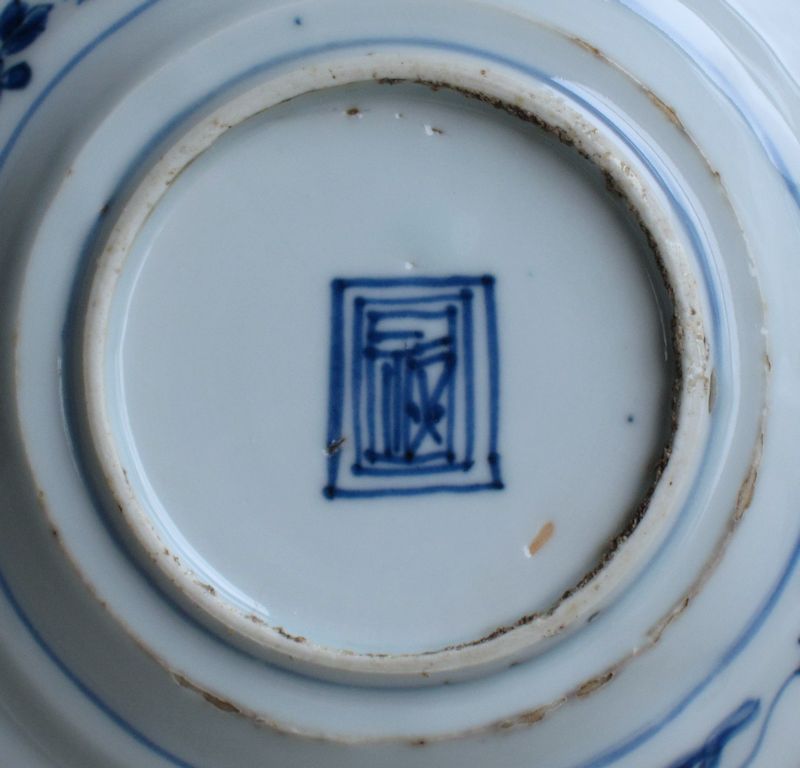