The charming scene with the horses represents the Eight Horse of Wang (King) Mu. Wang Mu reigned during the Zhou dynasty in the 10th Century BCE, and the Eight Horses were his favourite chargers which pulled the Emperor's chariot as he progressed about his realm to visit the Goddess Hsi Wang Mu. 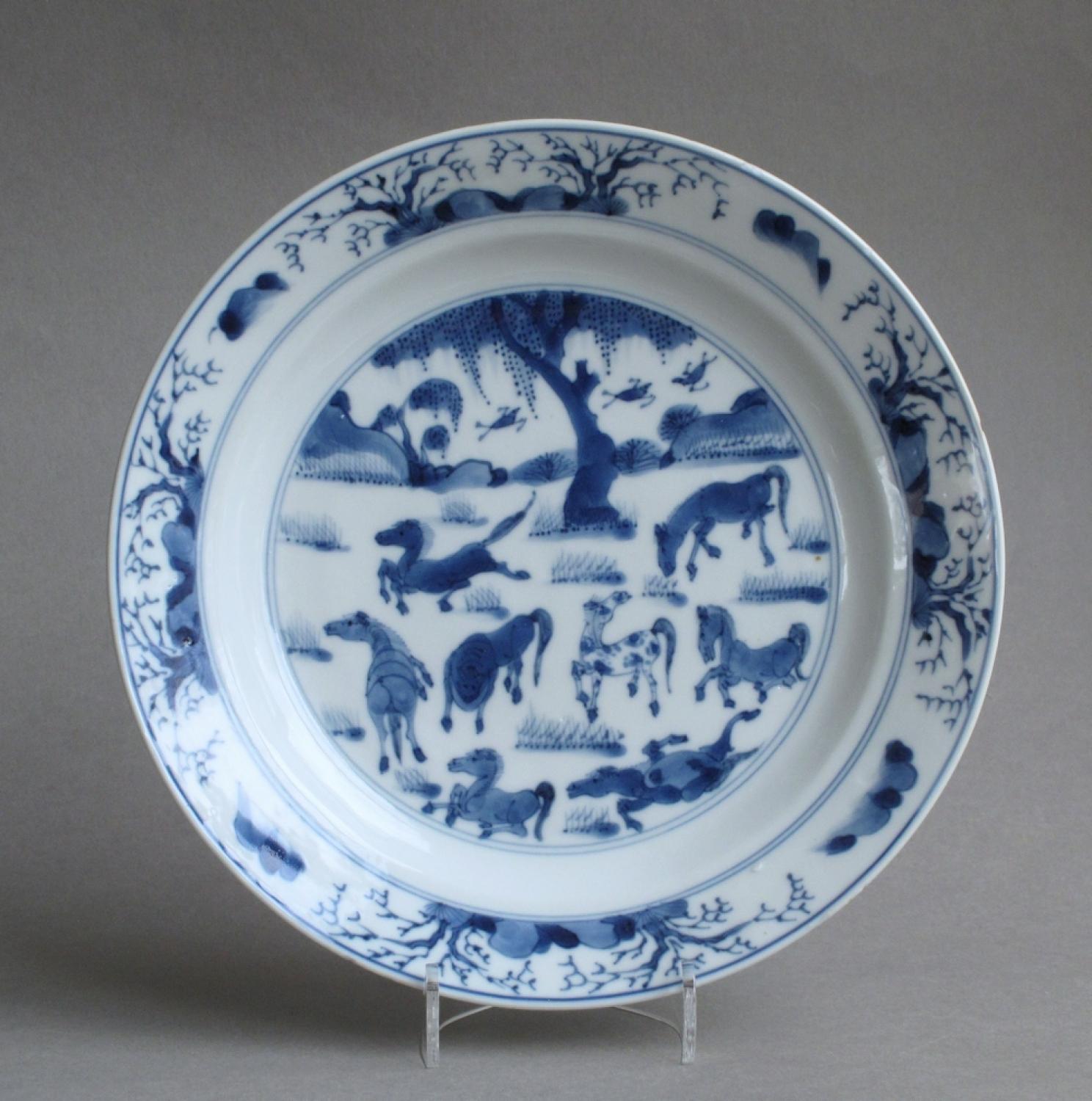 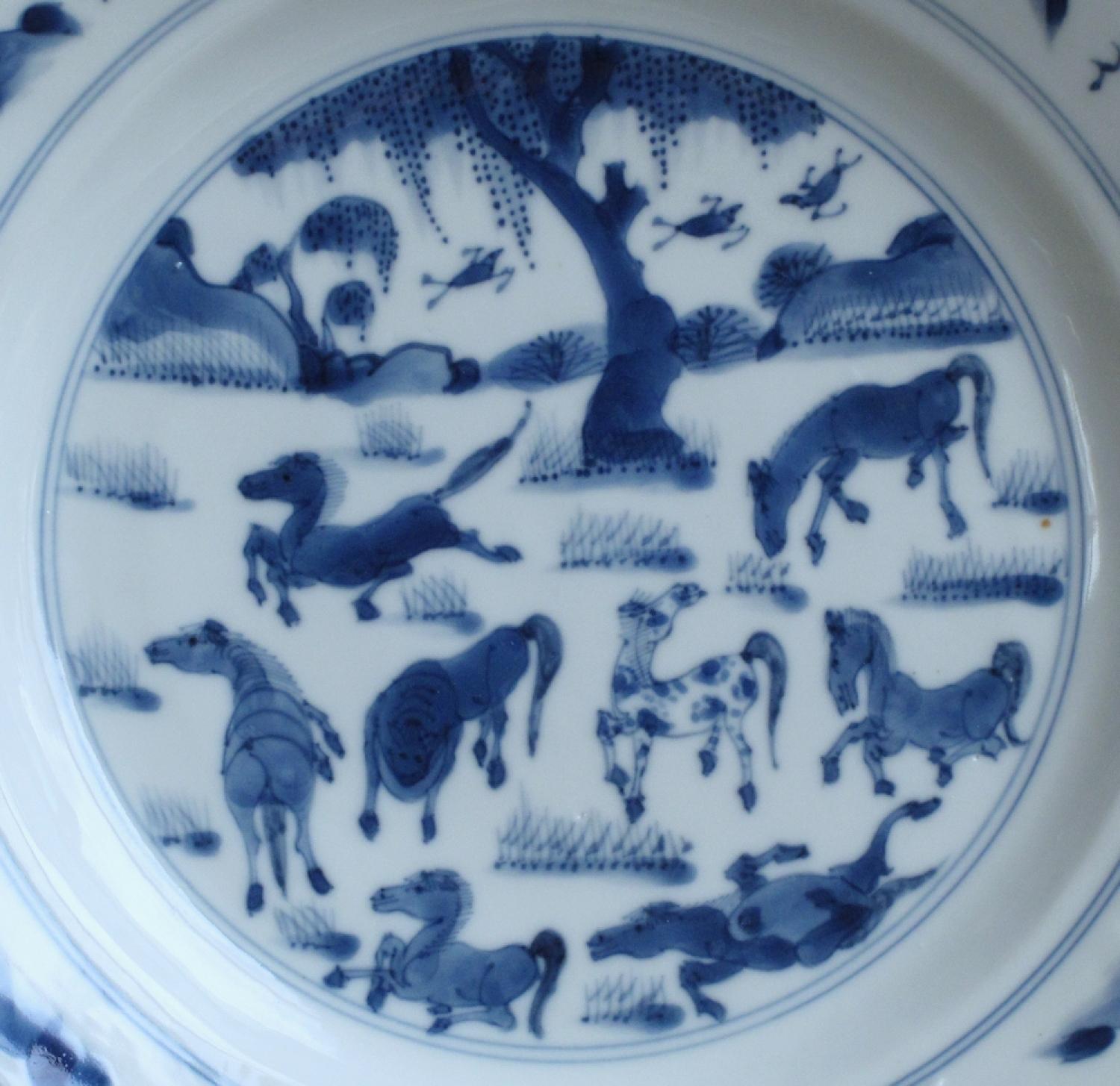 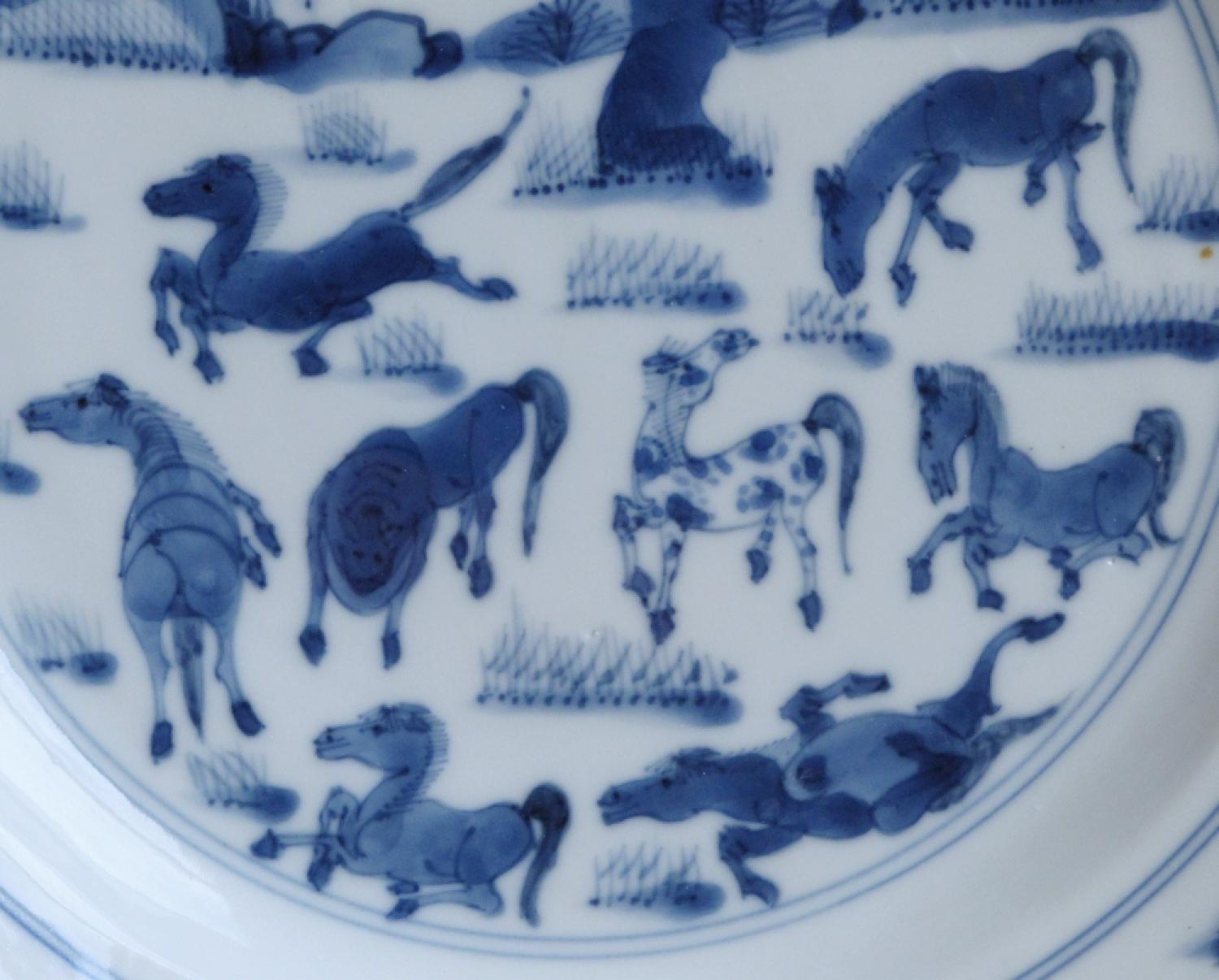 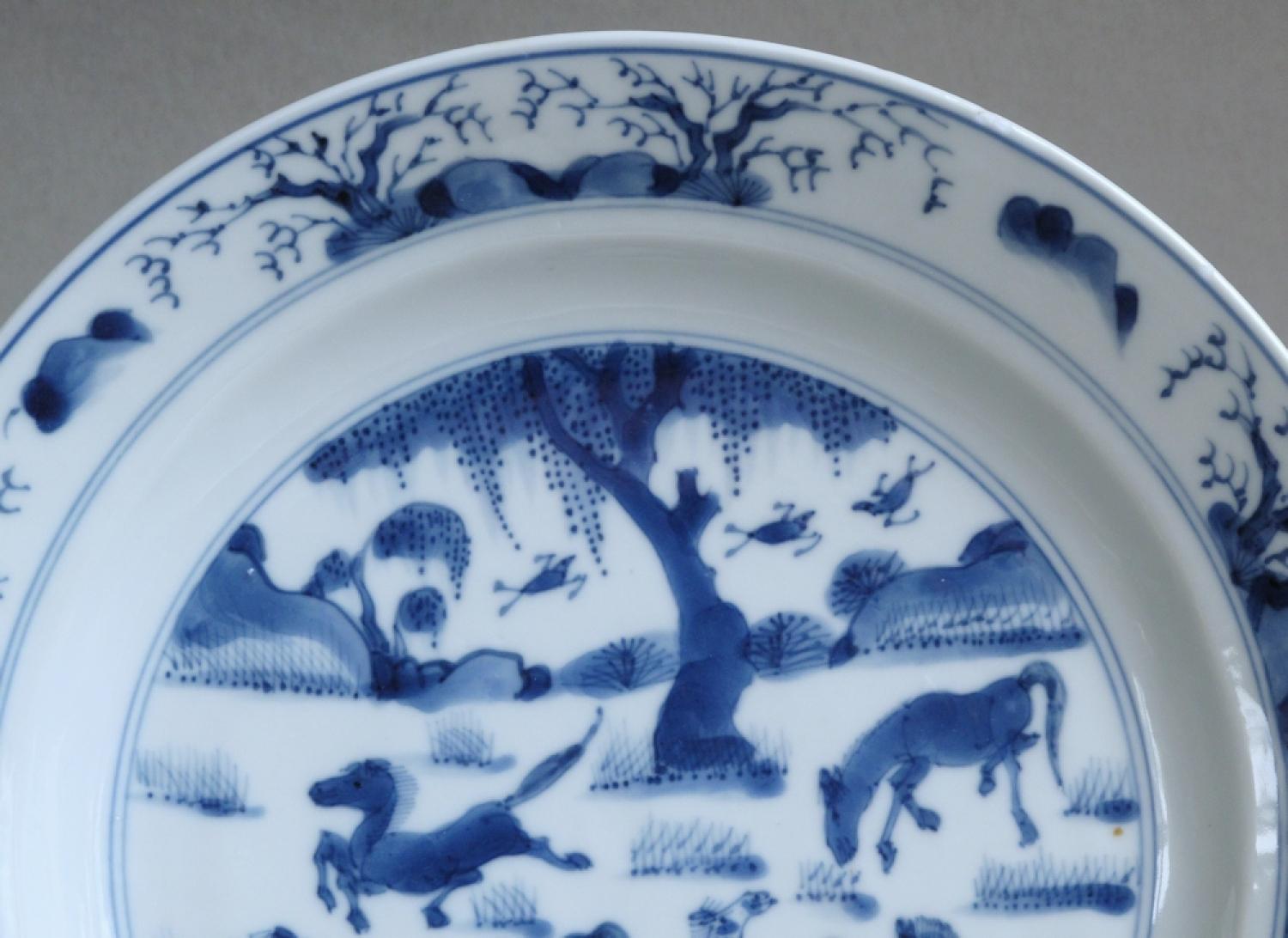 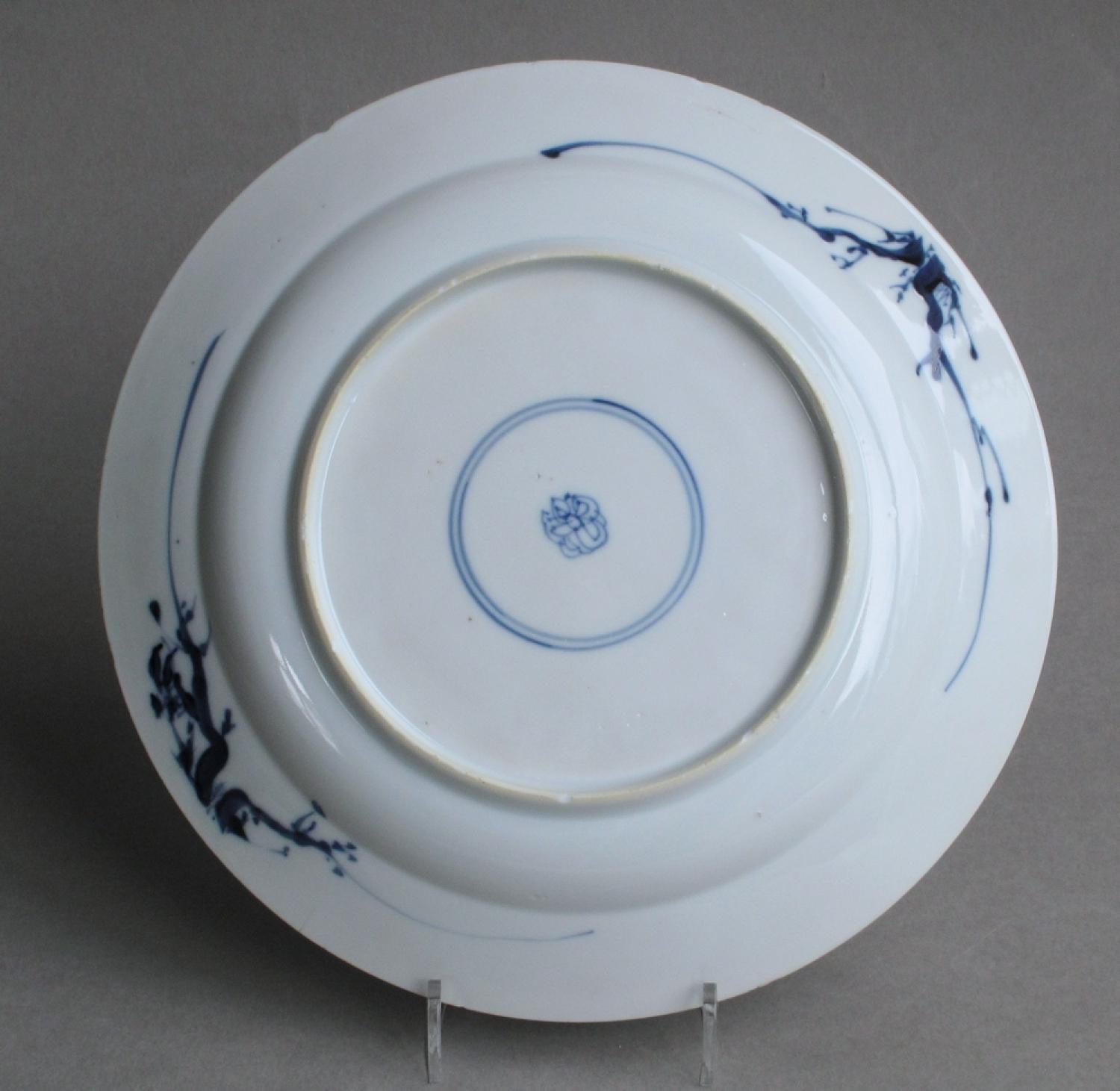 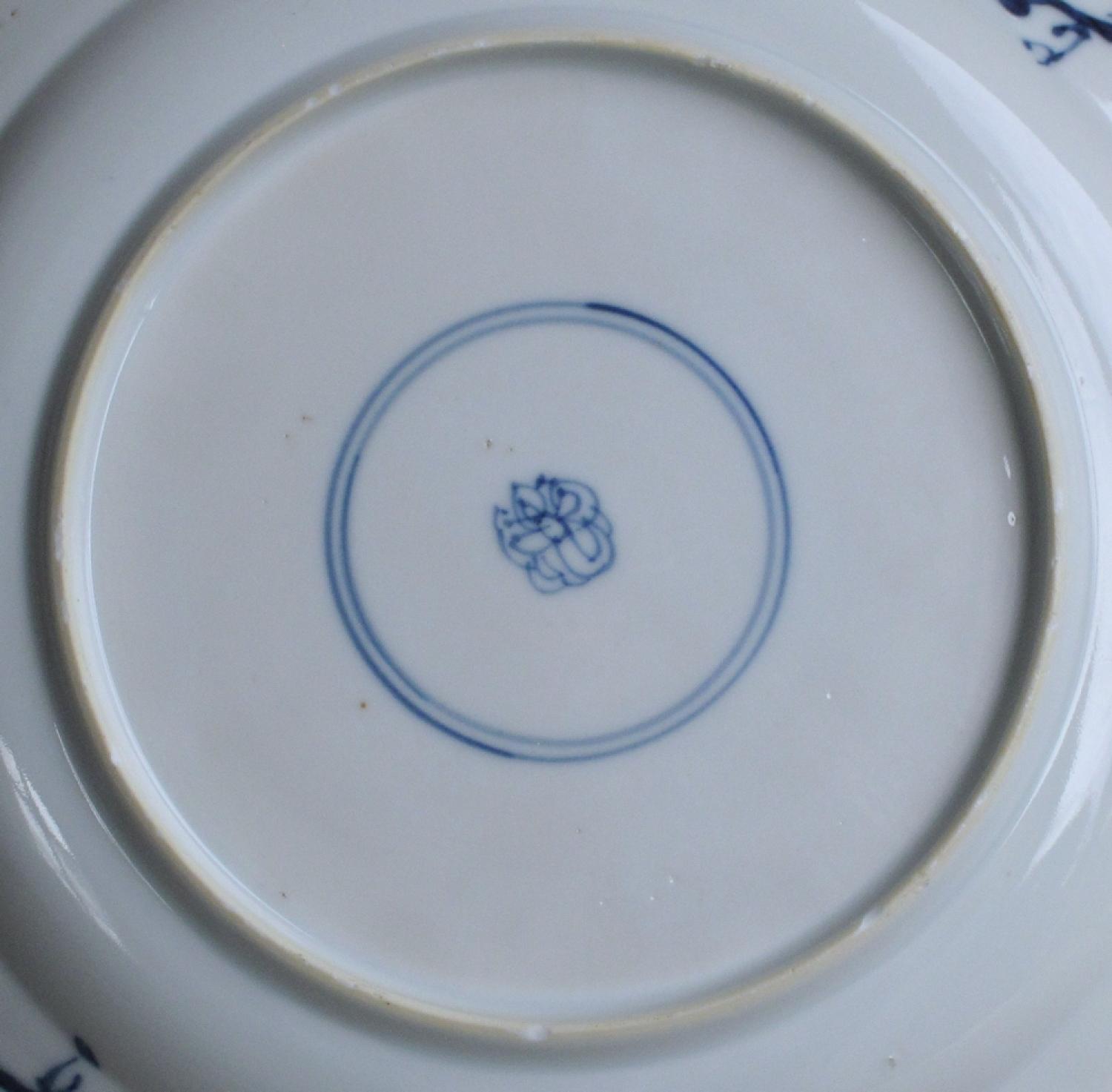