A Chinese blanc de Chine figure of Guanyin of a good size, made in the Dehua kilns in Fujian province in the Kangxi period, on a fitted wooden stand.  The figure of Guaynyin is seated on a rockwork throne with a child on her lap, and with two standing male accolytes at her feet, and with two dragons coiling around the base of the throne.  There is a vase on one side of the throne, and the book of law on the other.  Height 37cm (14.6") excluding the stand.

Condition: this figure is in very good condition.  The head of the accolyte to the right of Guanyin has been broken off and re-fixed.  There are losses to one horn and one claw of one of the dragons, and a slight roughness to the top of Guanyin's crown.  There is kiln grit adhering to the glaze around the base of the figure.  The vase to one side of the throne has been filled with a dark-coloured substance.  Please see our photographs. 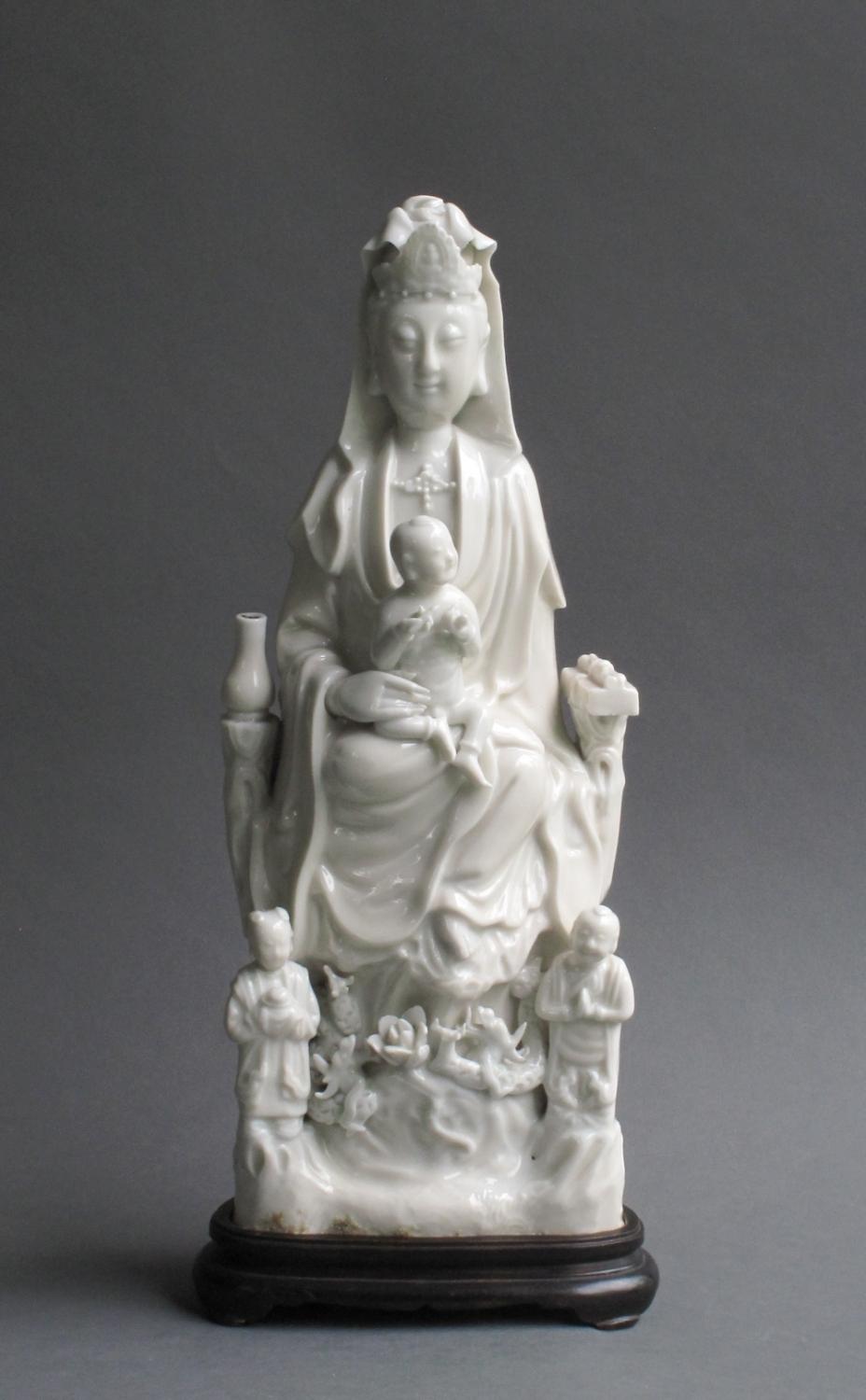 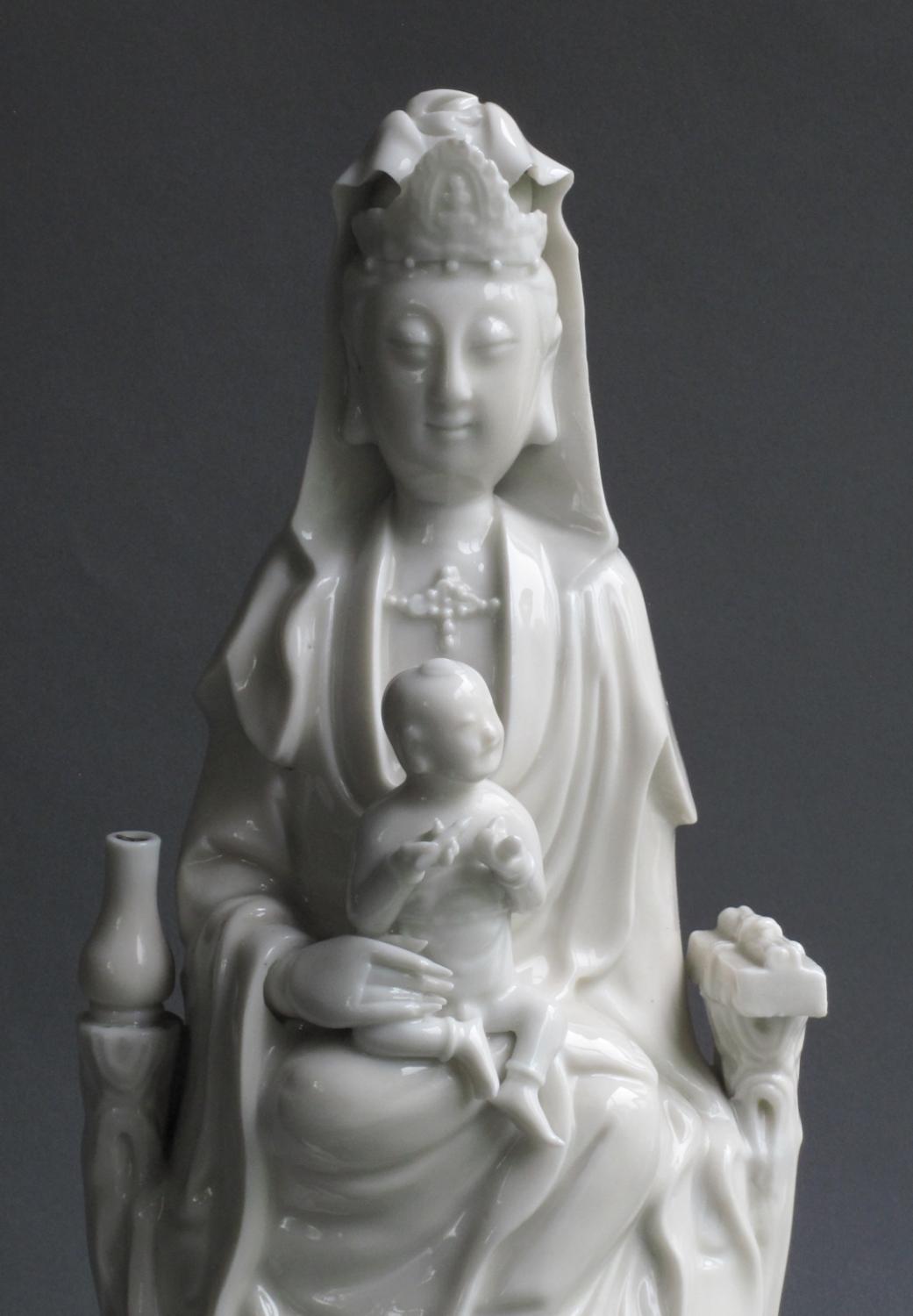 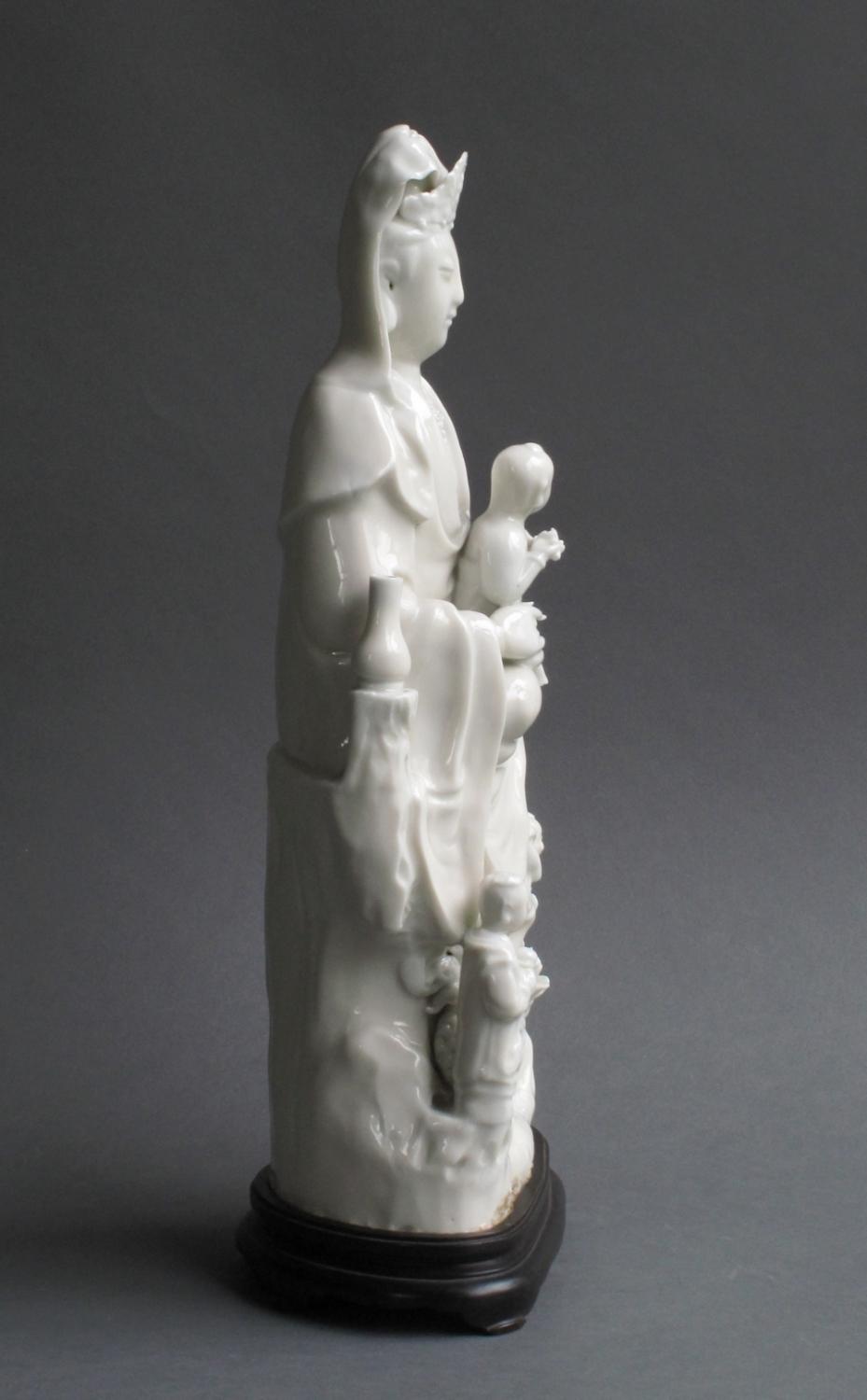 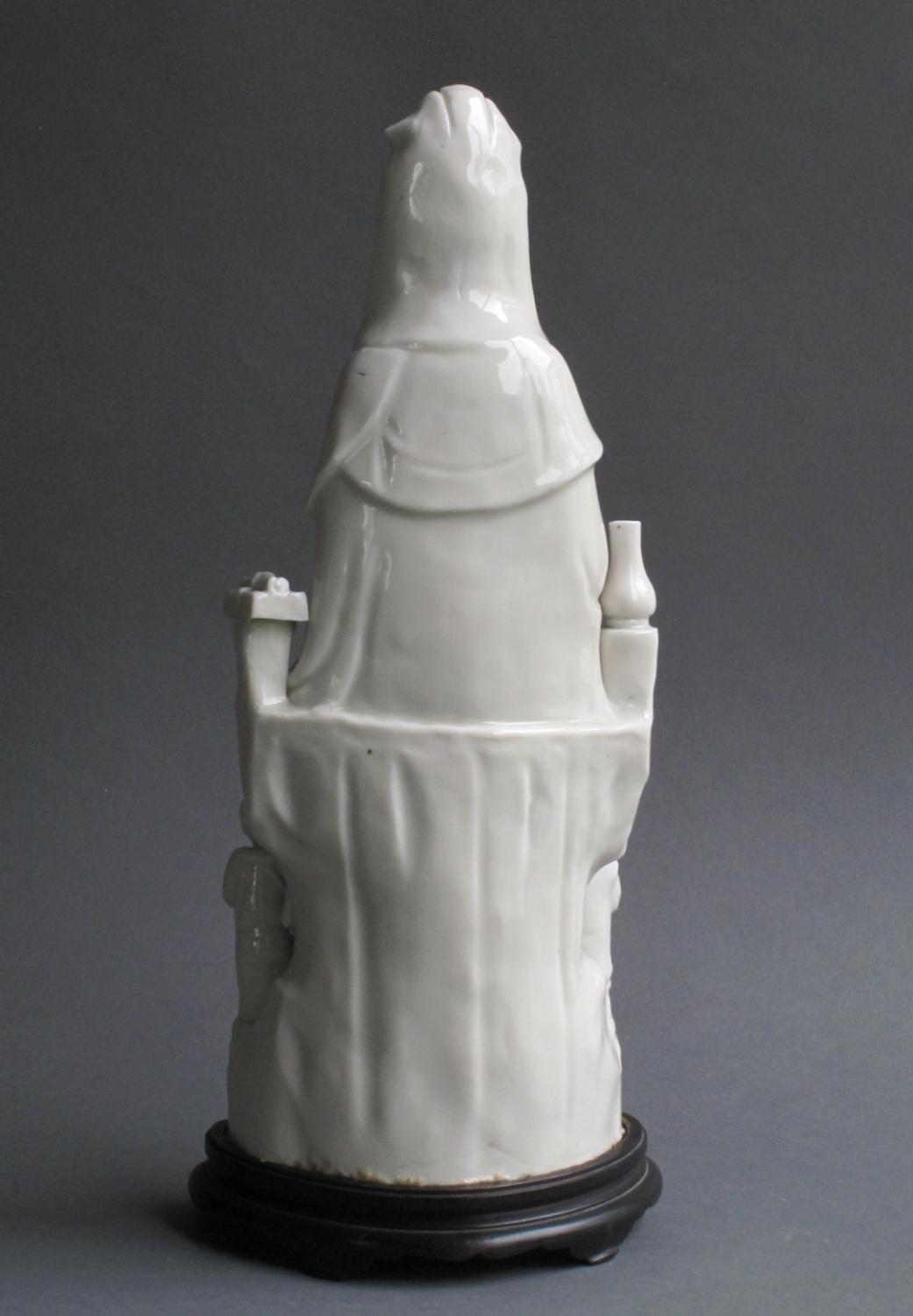 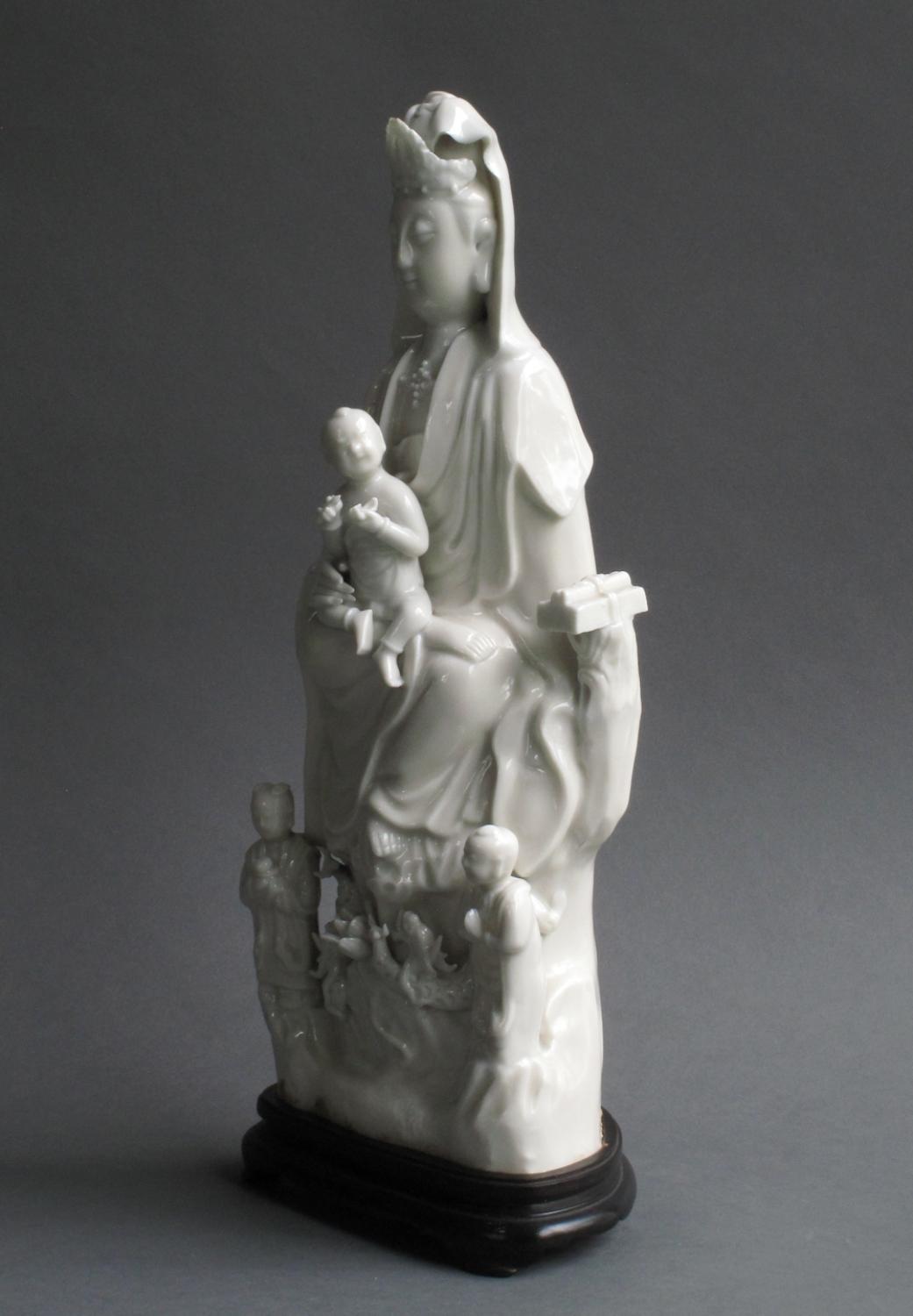 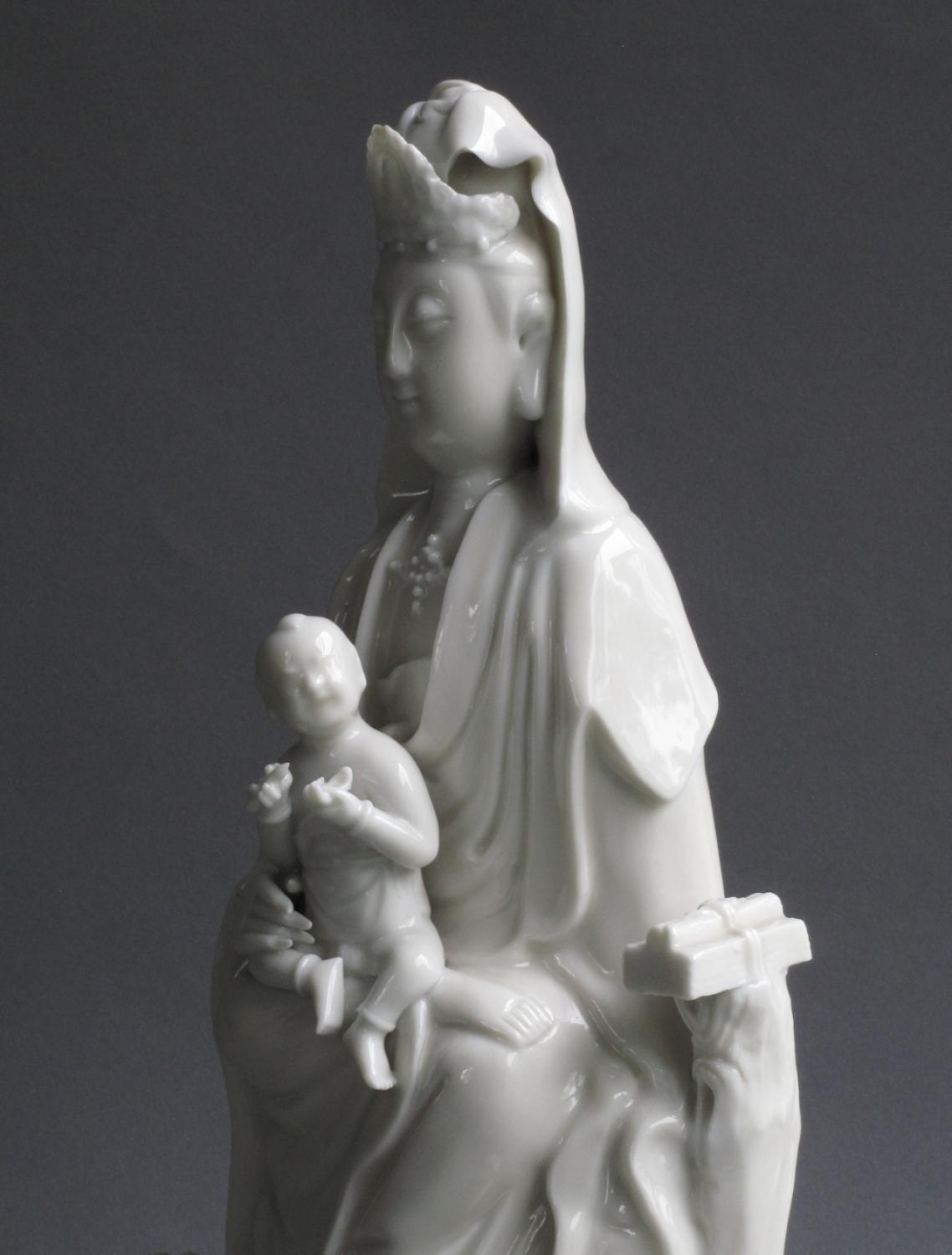 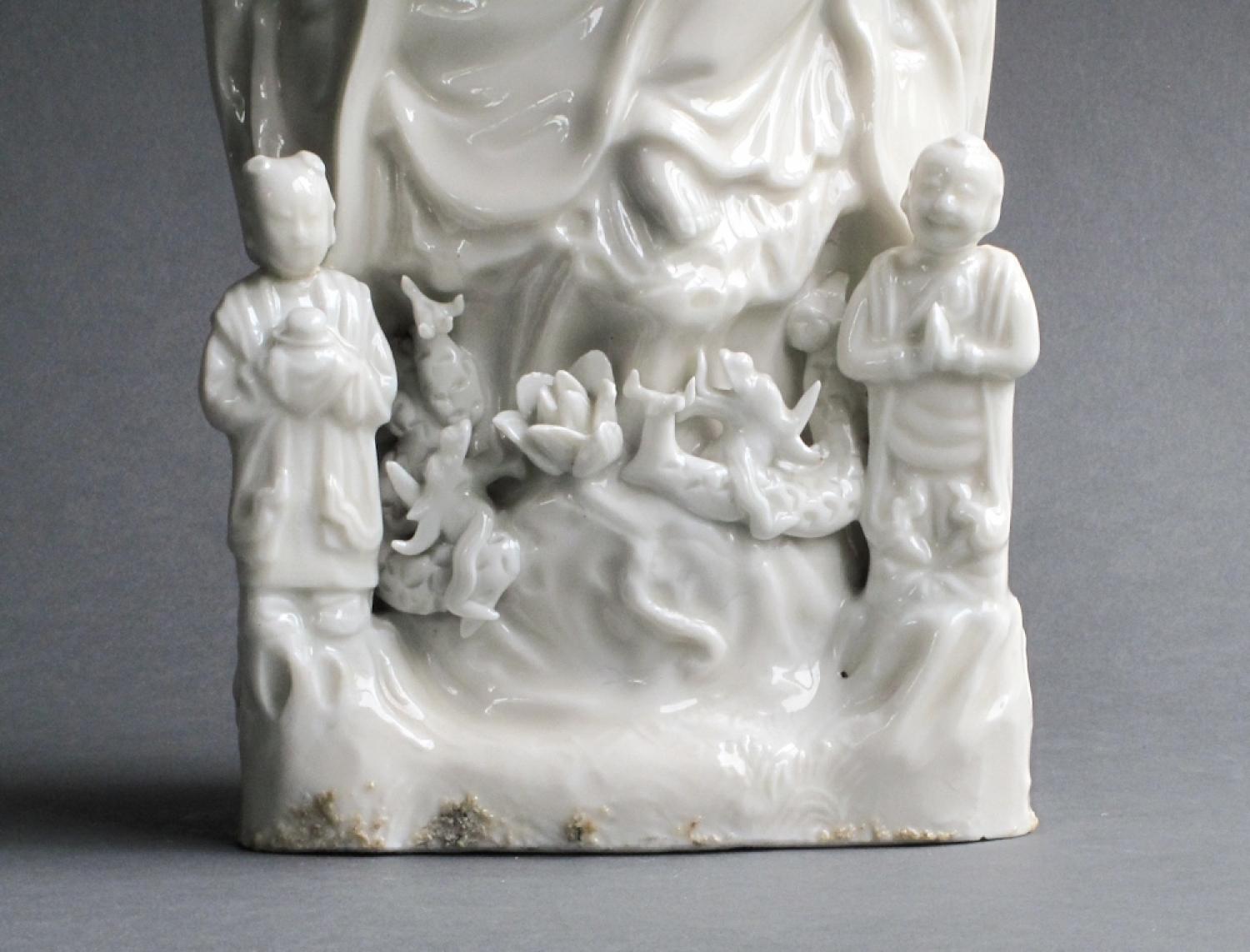 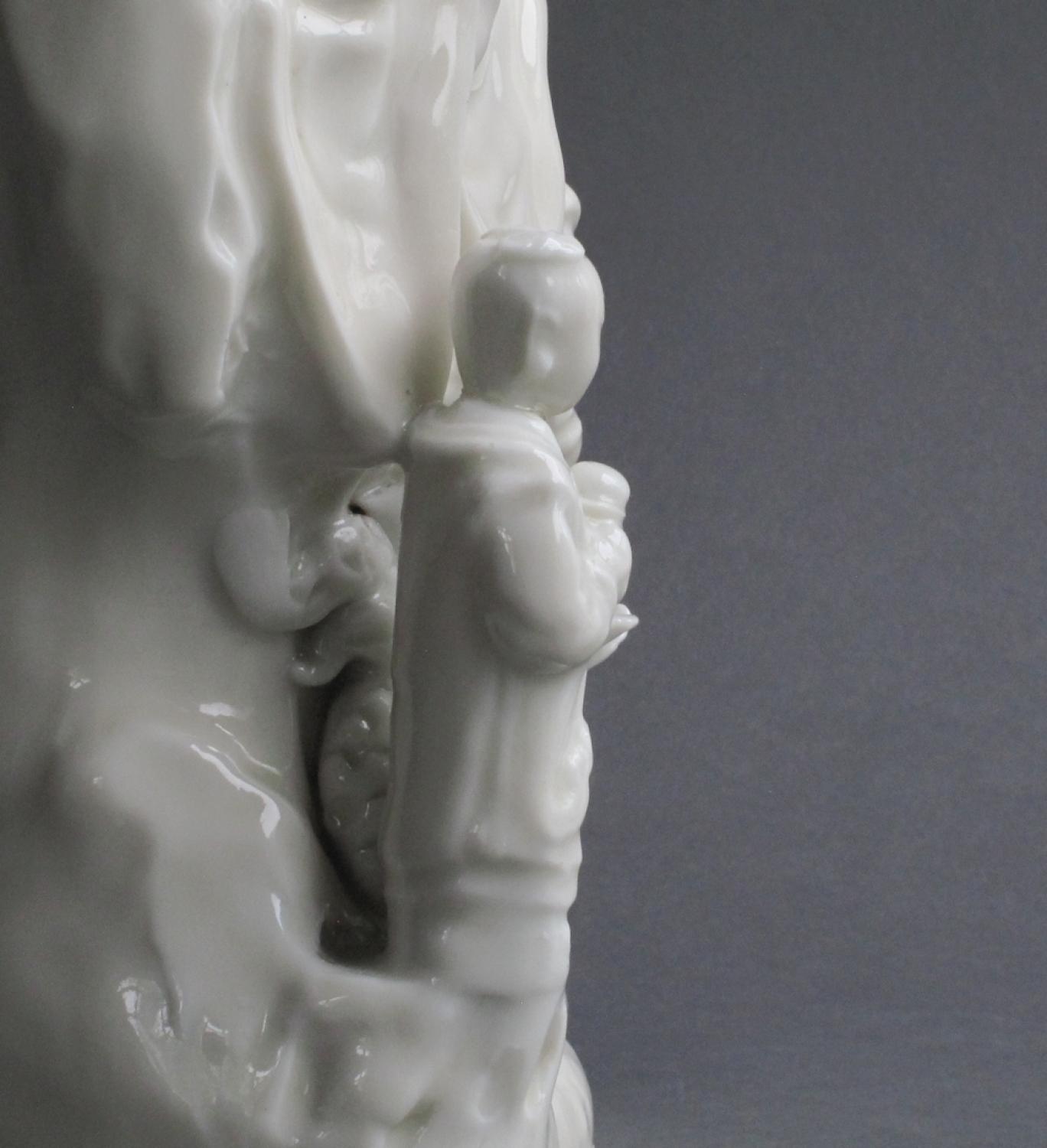 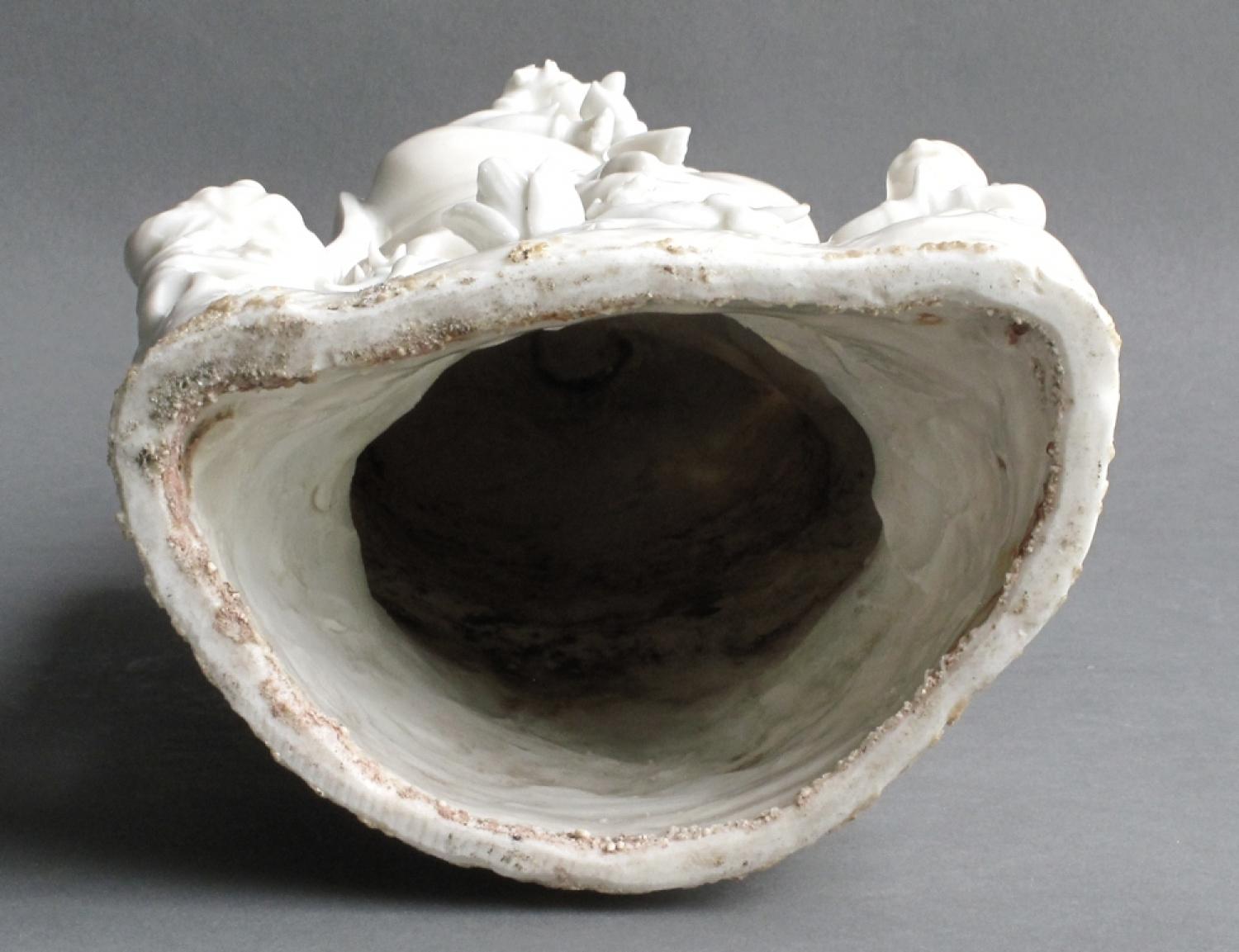