A Chinese shallow bowl with a gently flared rim, decorated in underglaze blue, and dating from the late Ming Tianqi period.  The outside of the bowl is decorated with a landscape scene of a lake with rocky islands, and with two seated figures (perhaps two scholars playing weiqi).  The inside of the bowl is also decorated with a scene of rocky islands with a tree growing on the nearer island, and with the sun above.  The base has a six-charater Chenghua mark within double underglaze blue circles.  Diameter 13.7cm (5.4")

Condition.  The bowl has chipping around the fragile rim which we have shown in our pictures.  No cracks and no restoration. 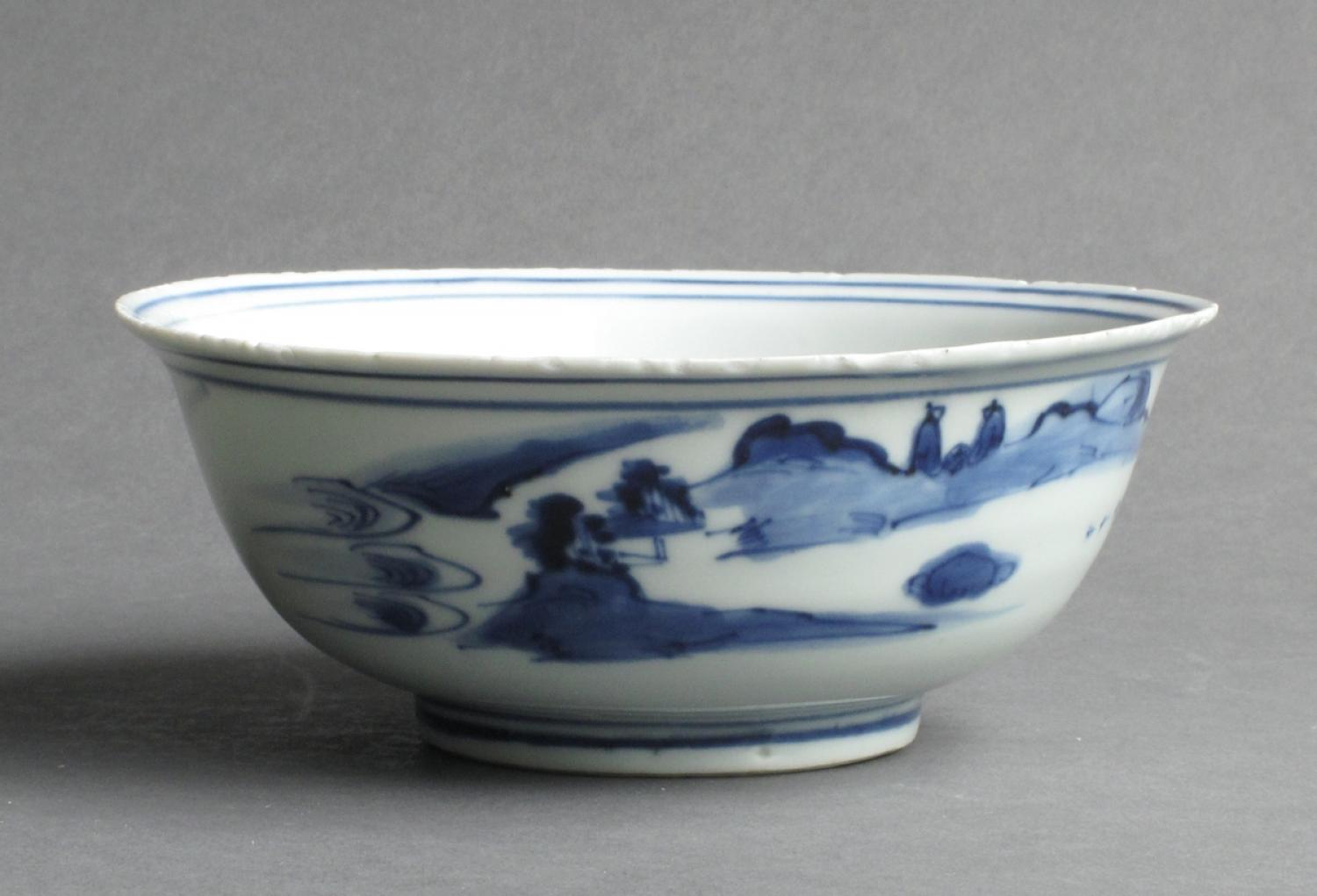 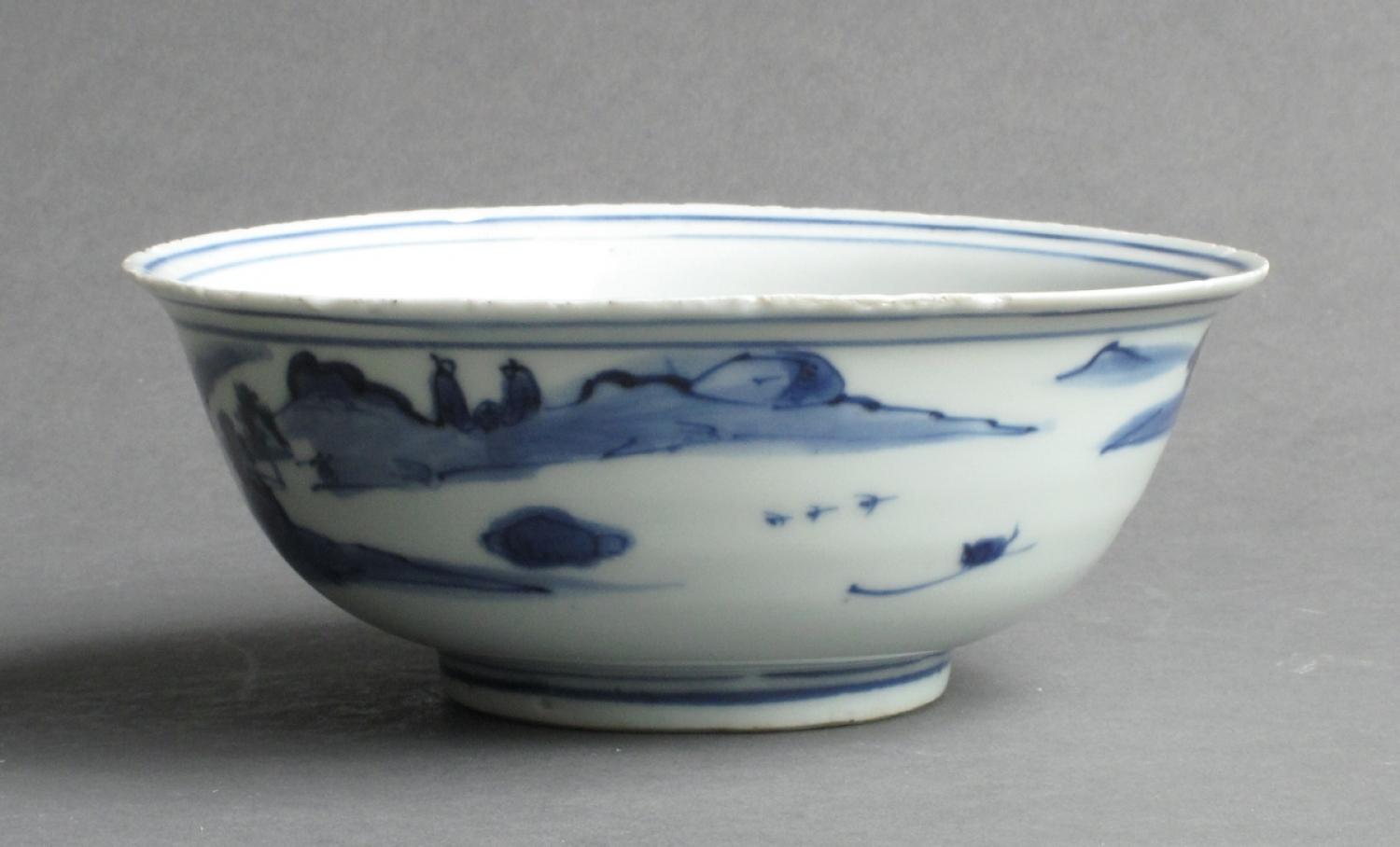 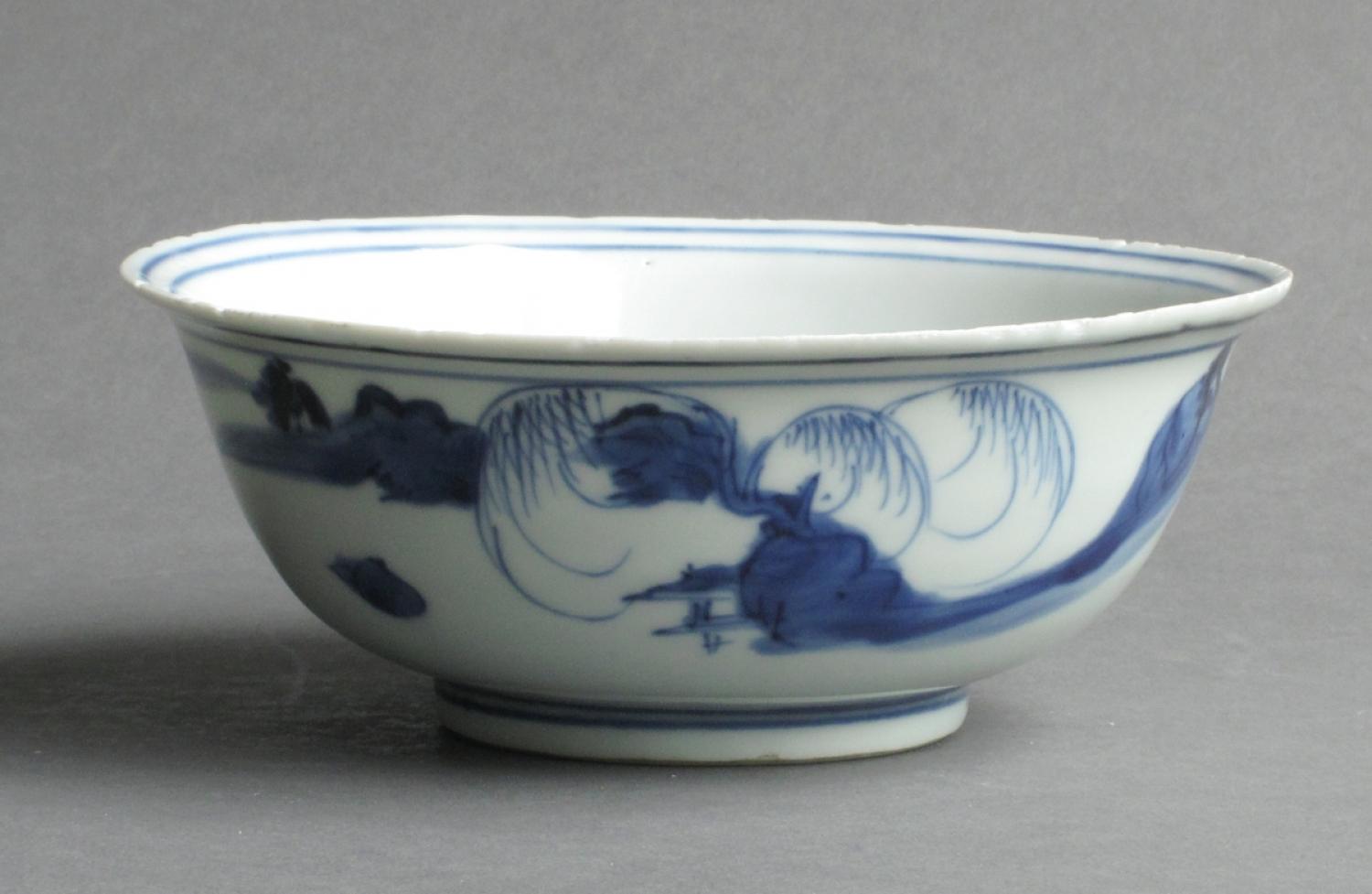 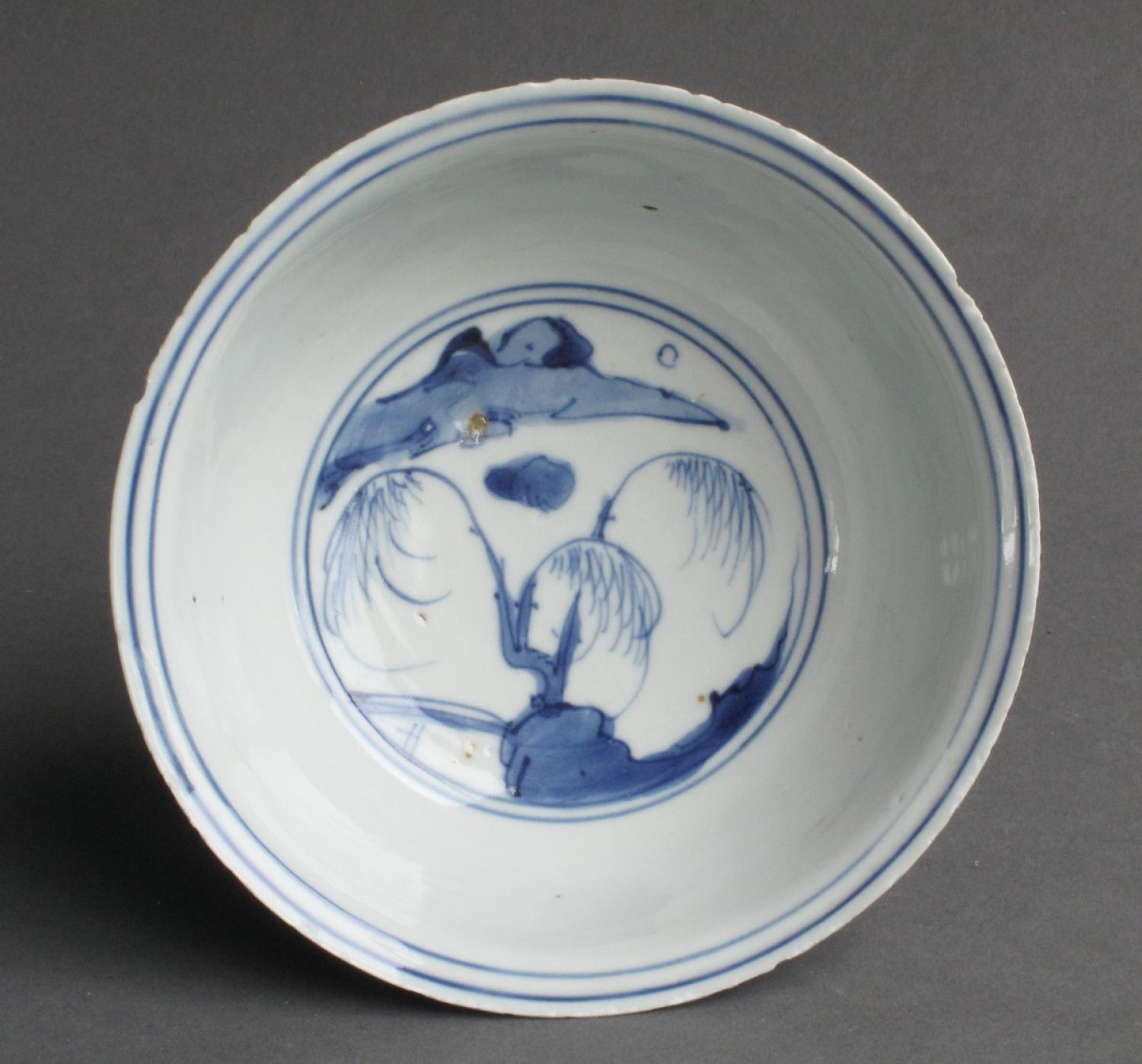 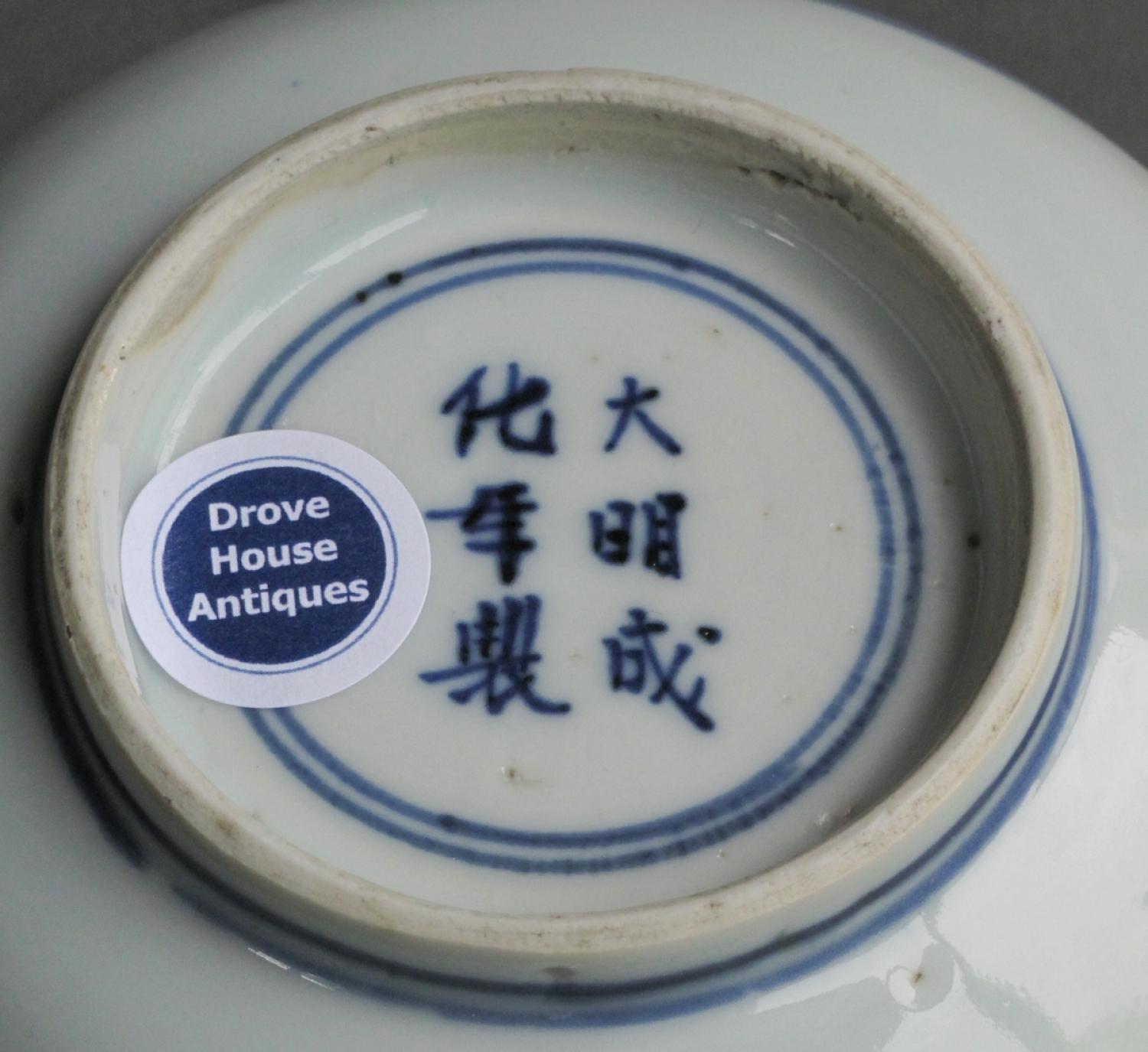 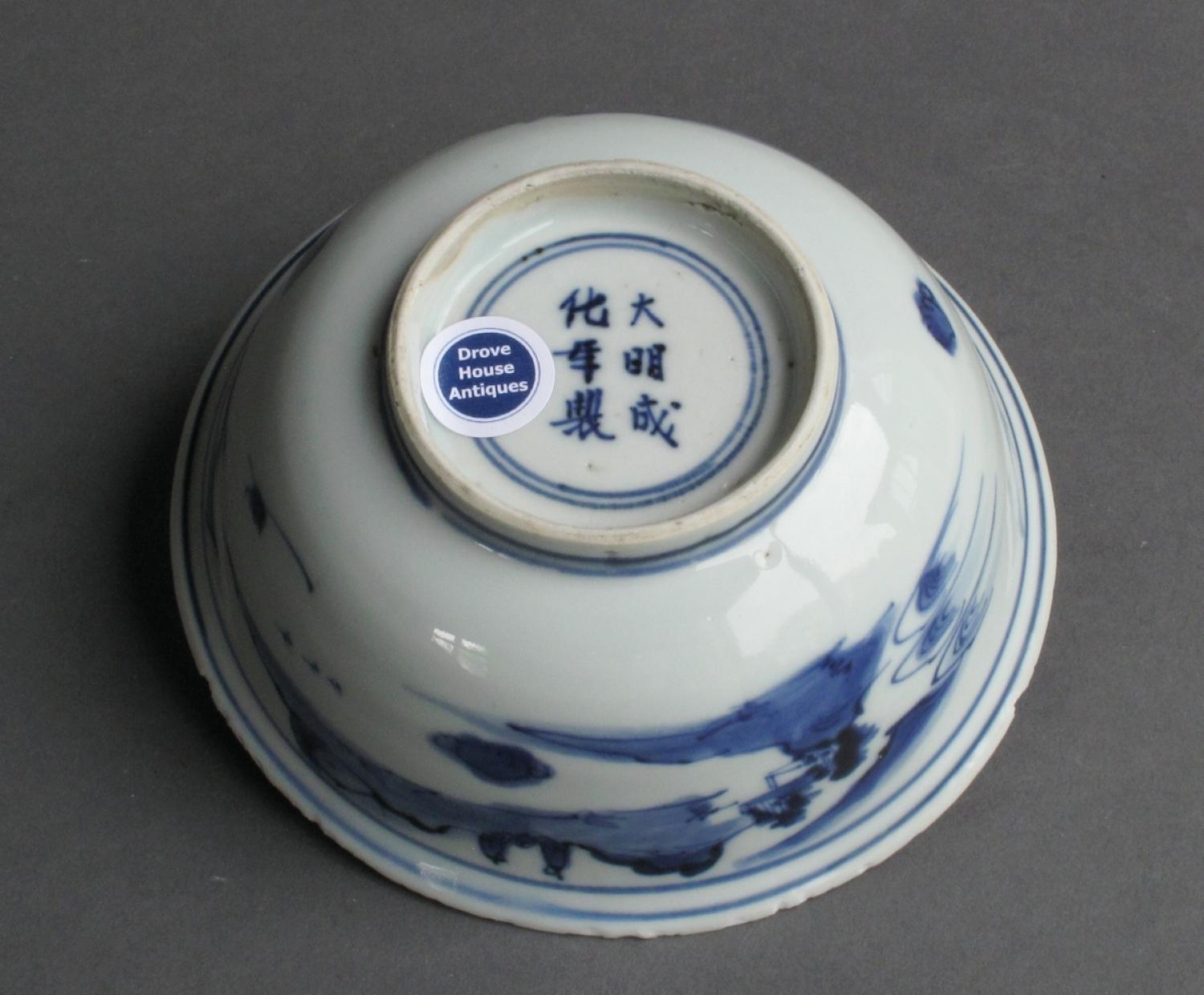 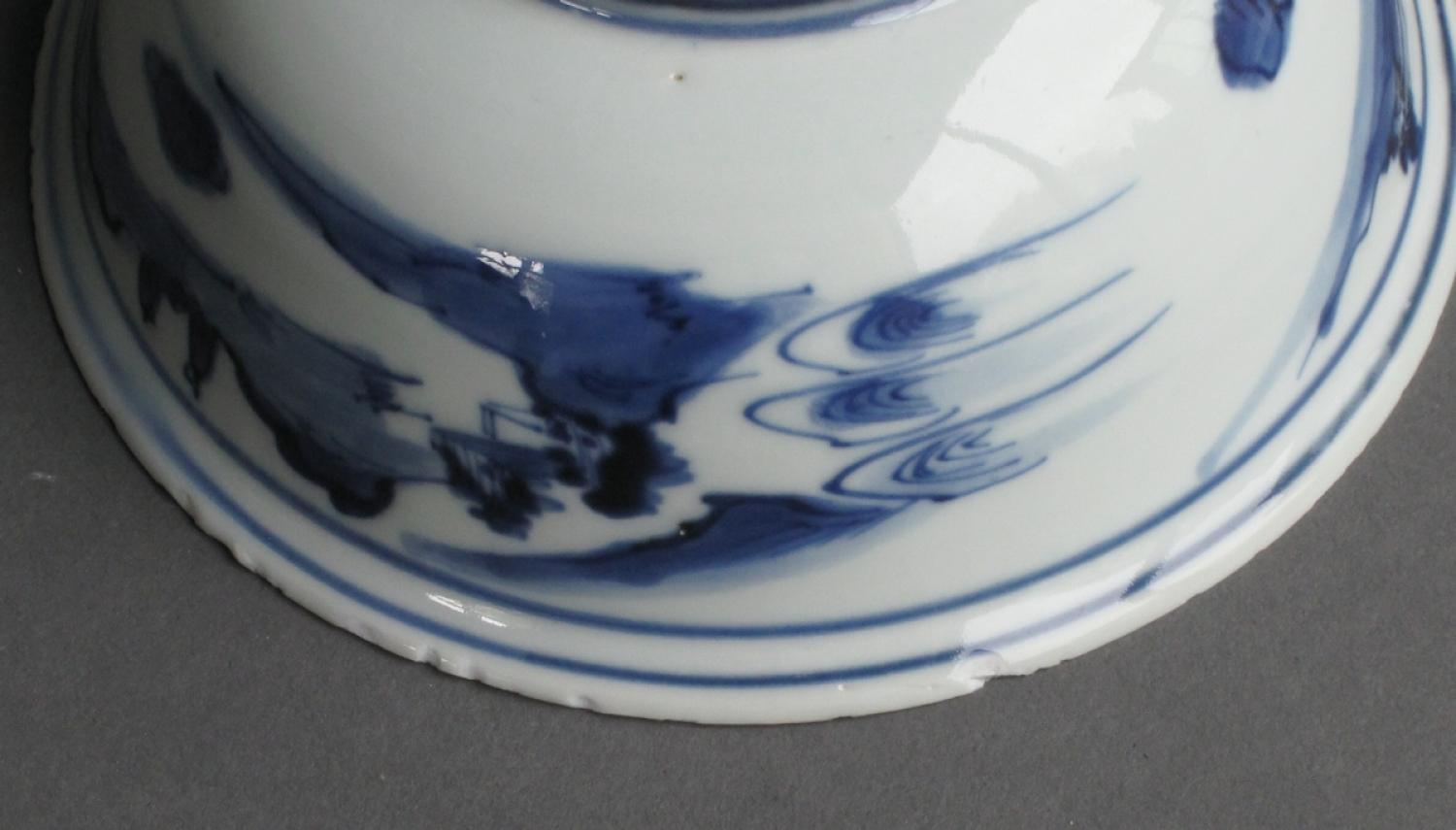 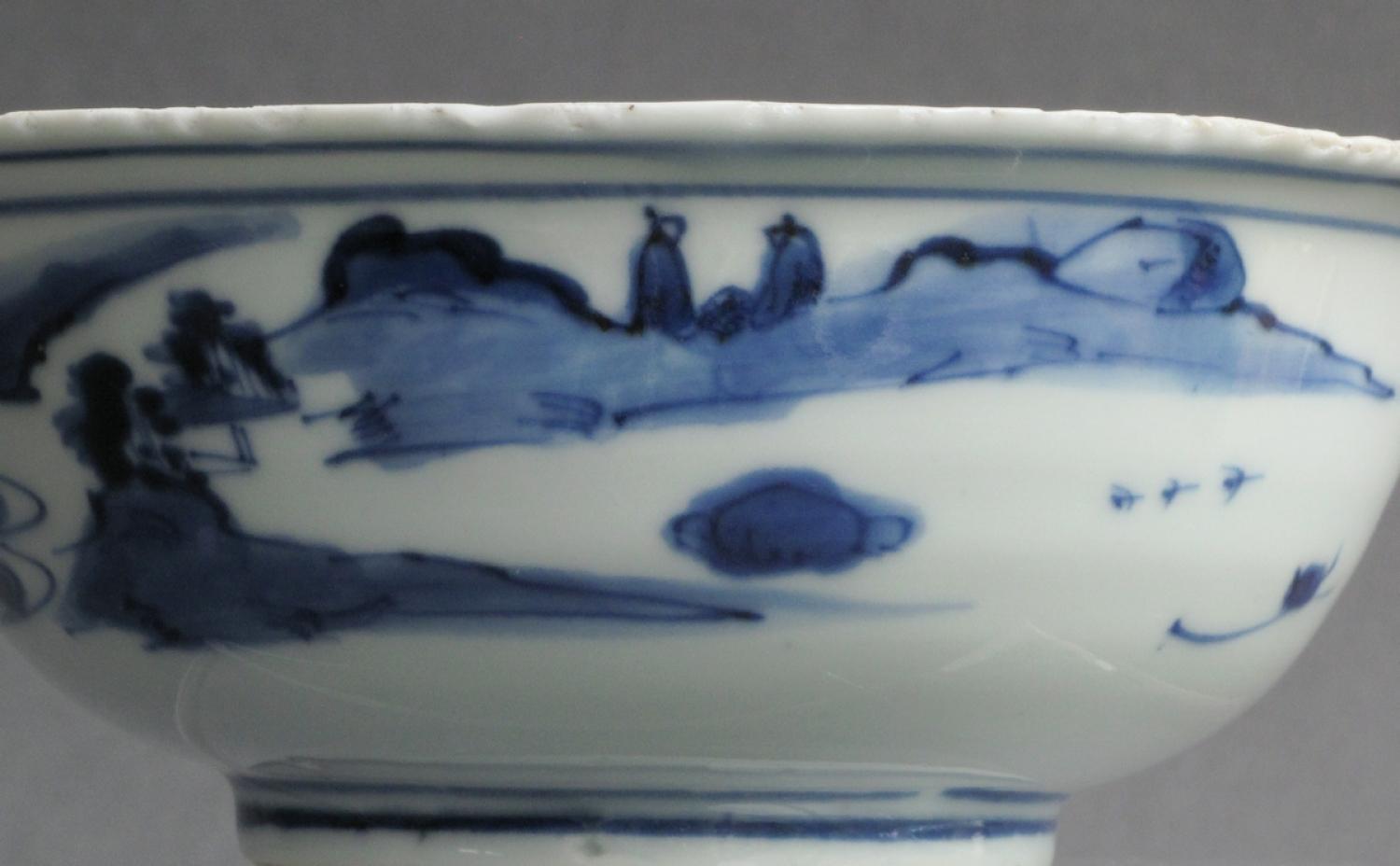 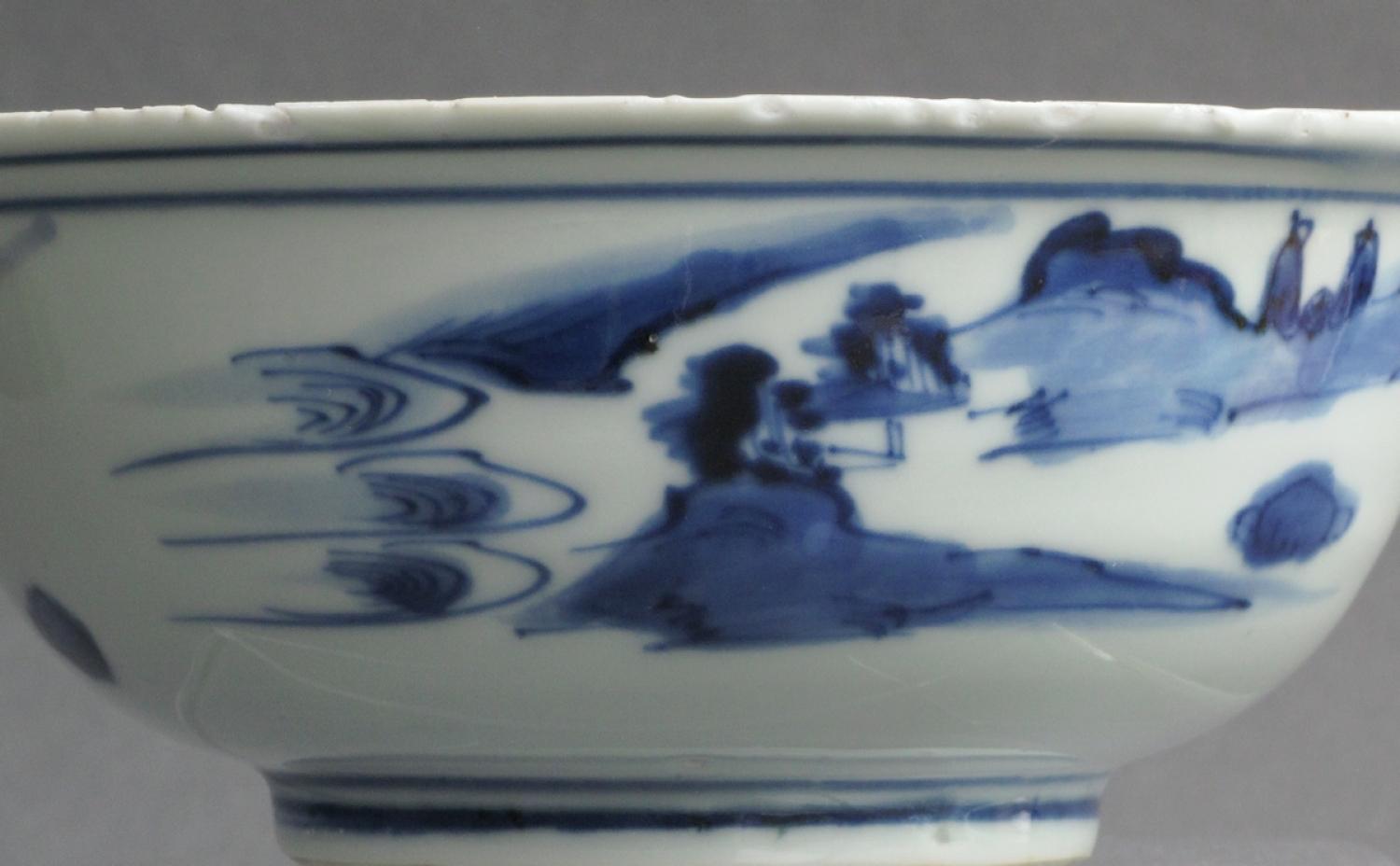