A rare small Chinese export table spice pot and cover with a squirrel knop, the interior divided into three compartments, dating from the Qianlong period.  The jar and cover are decorated with flowering braches in a pale shade of underglaze blue.  The knop is unusually formed as a spotted squirrel.  Width across the mouth 11cm (4.3").

The division into three compartments would have allowed this pot to have been used to serve three separate spices at a time when spices were a valuable commodity.

Condition.  The nose and one arm of the squirrel knop have been restored, and the knop (which had previously been broken off) re-fixed.  There is some glaze fritting around the rim of the lid. 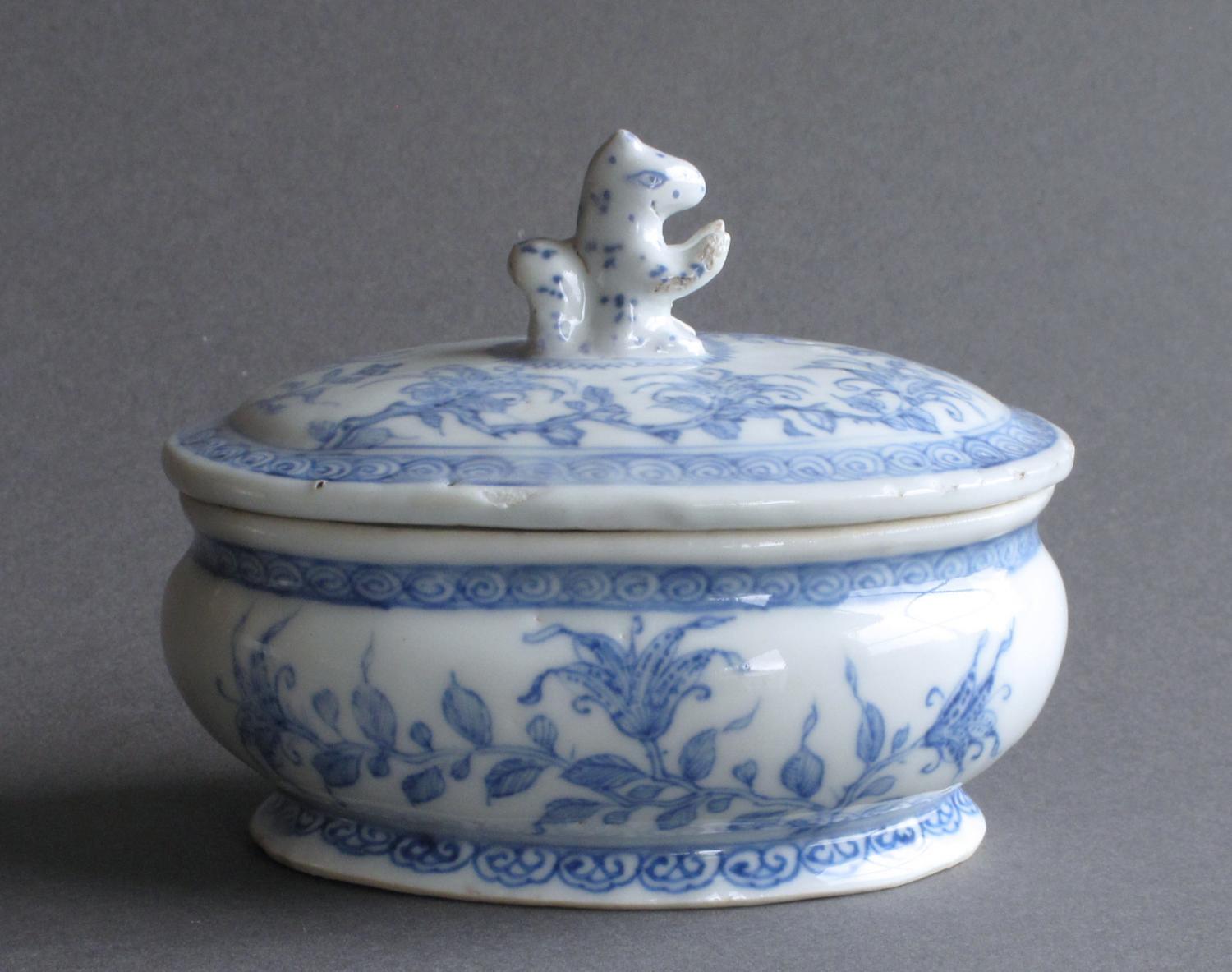 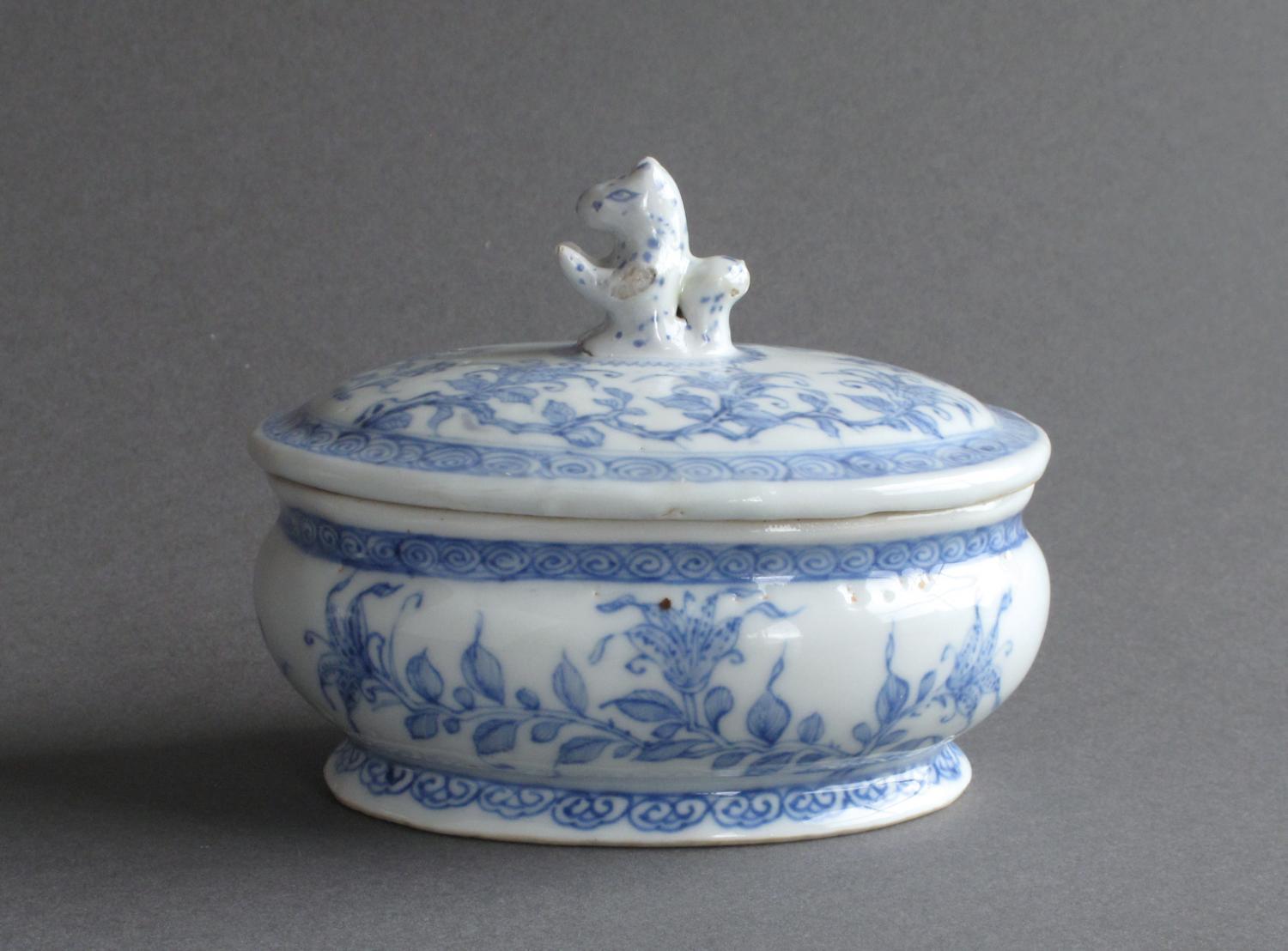 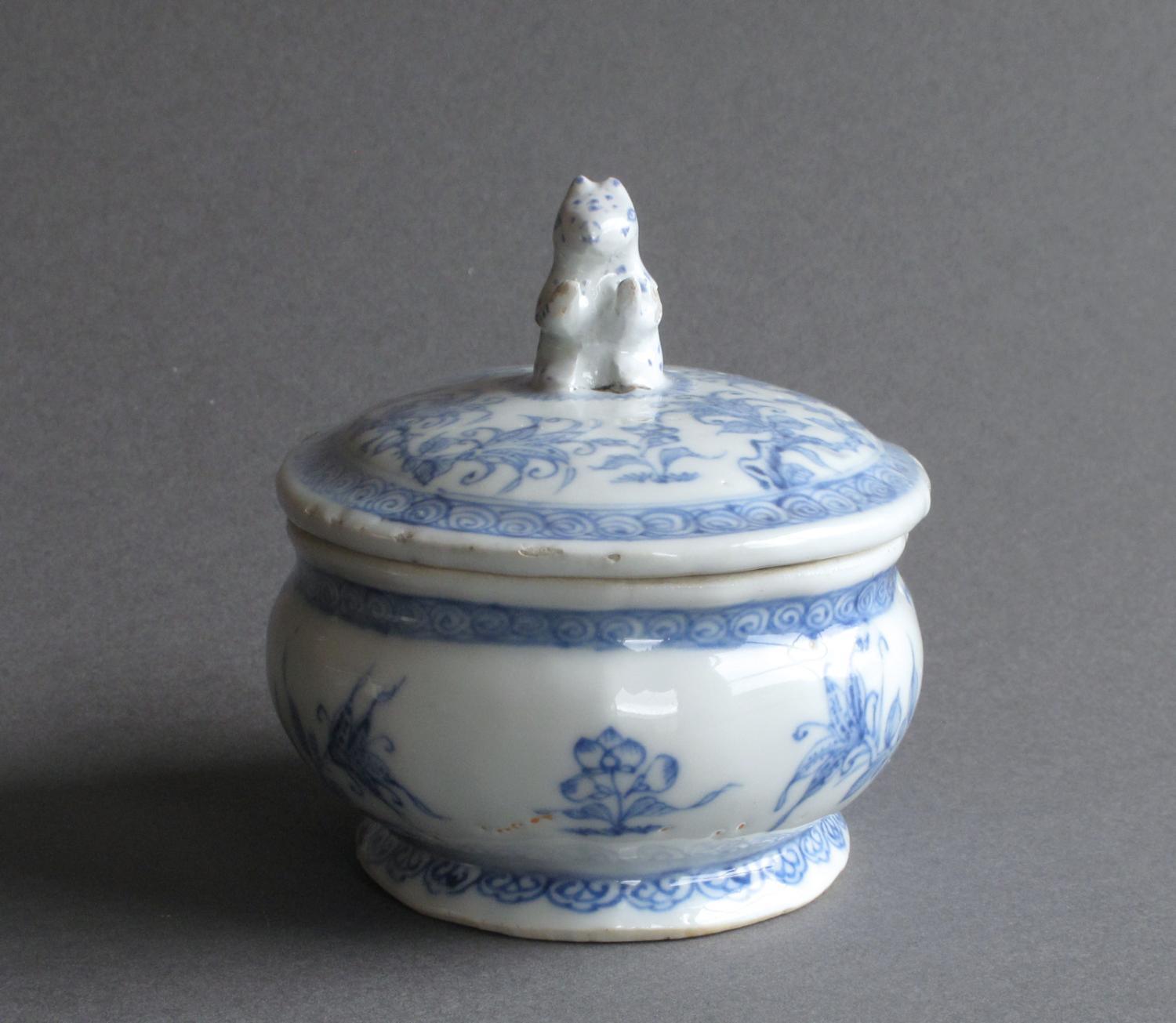 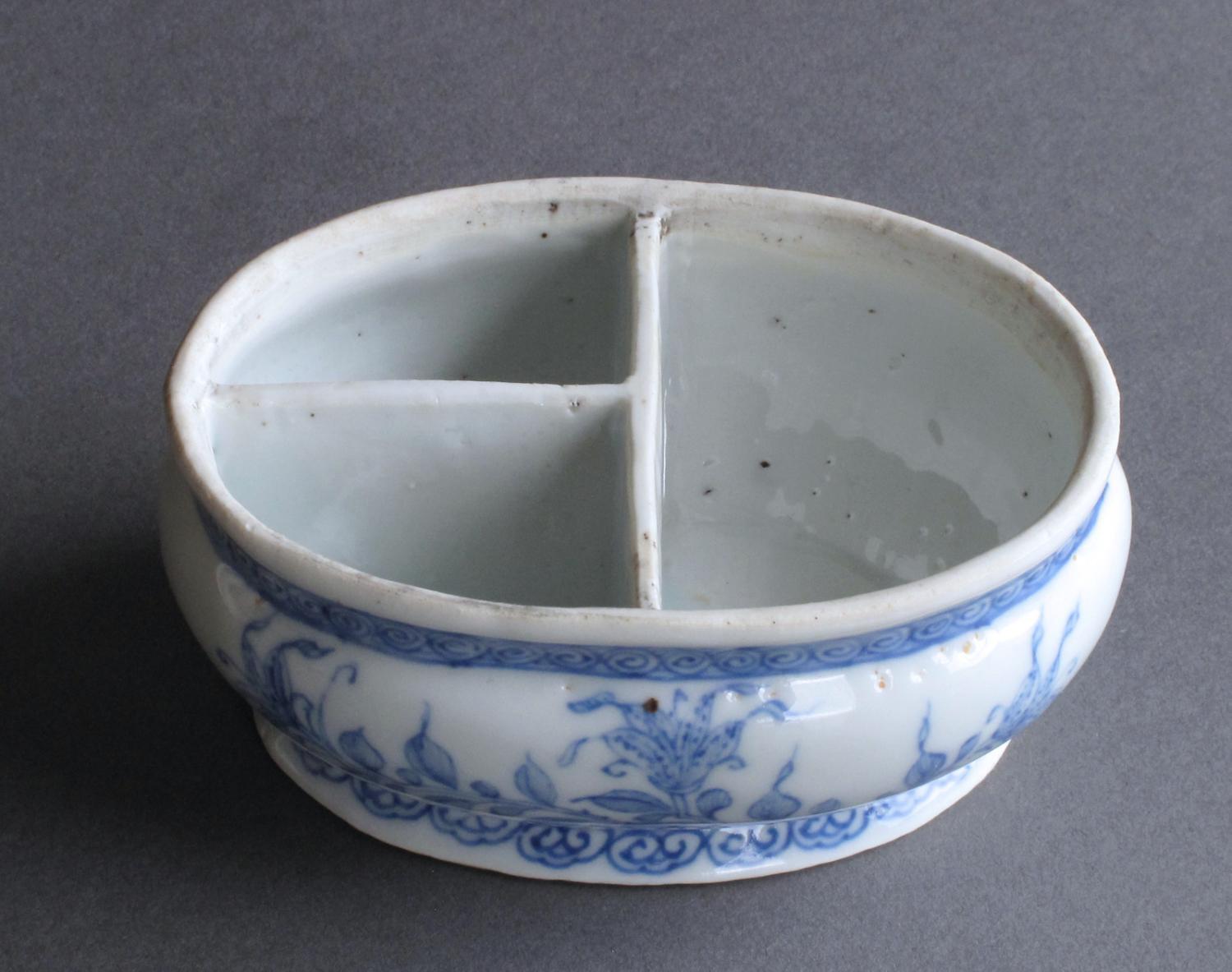 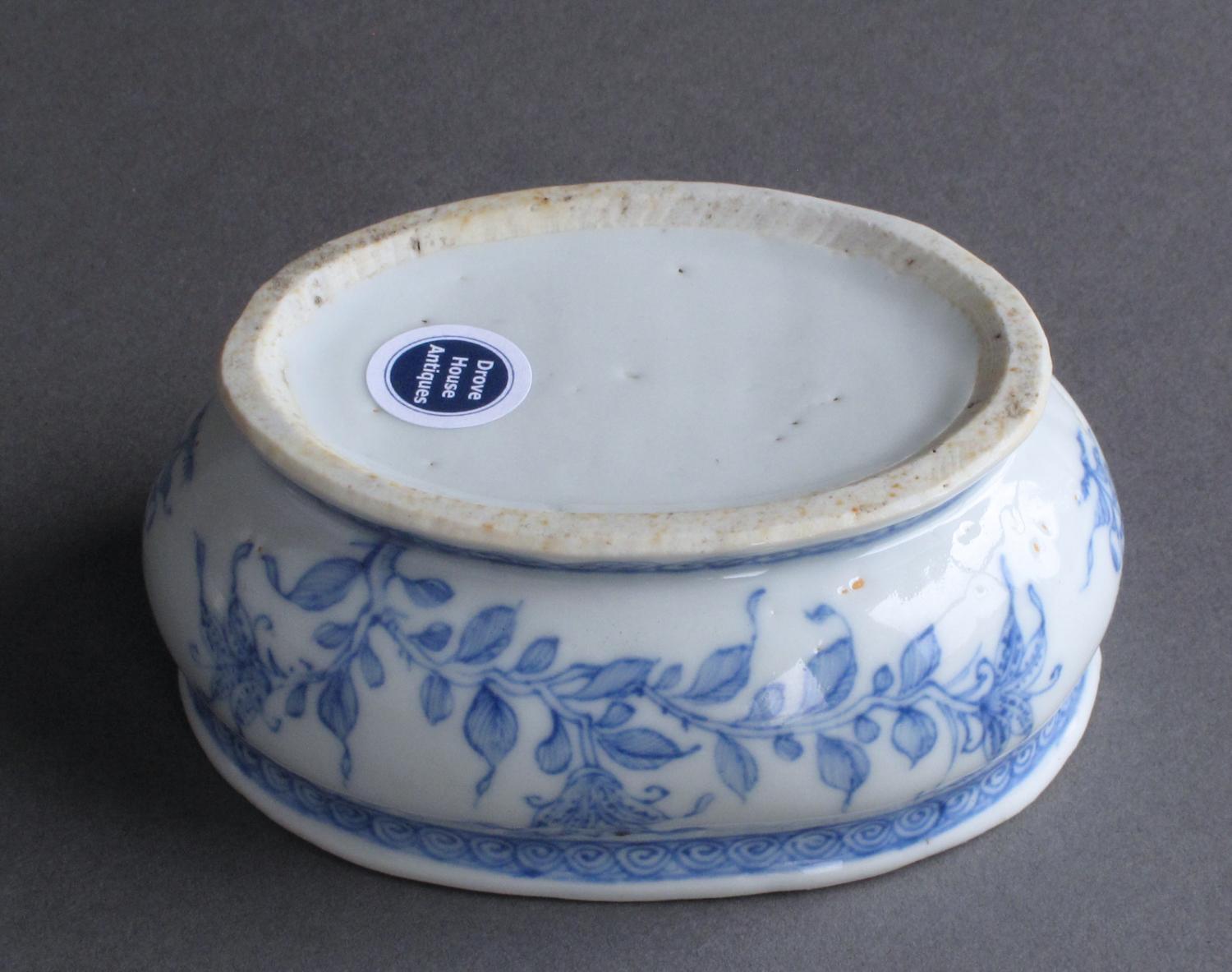 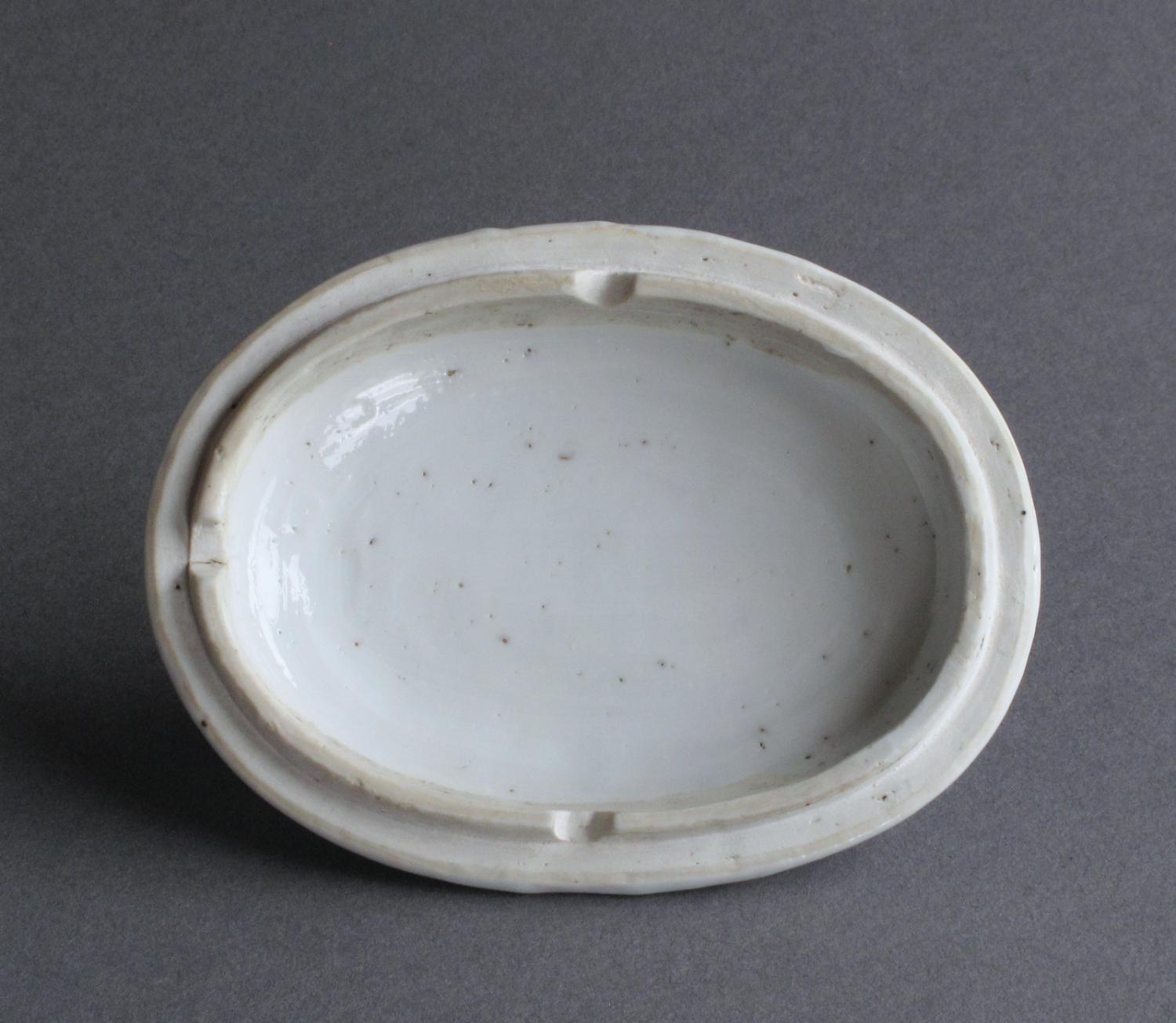 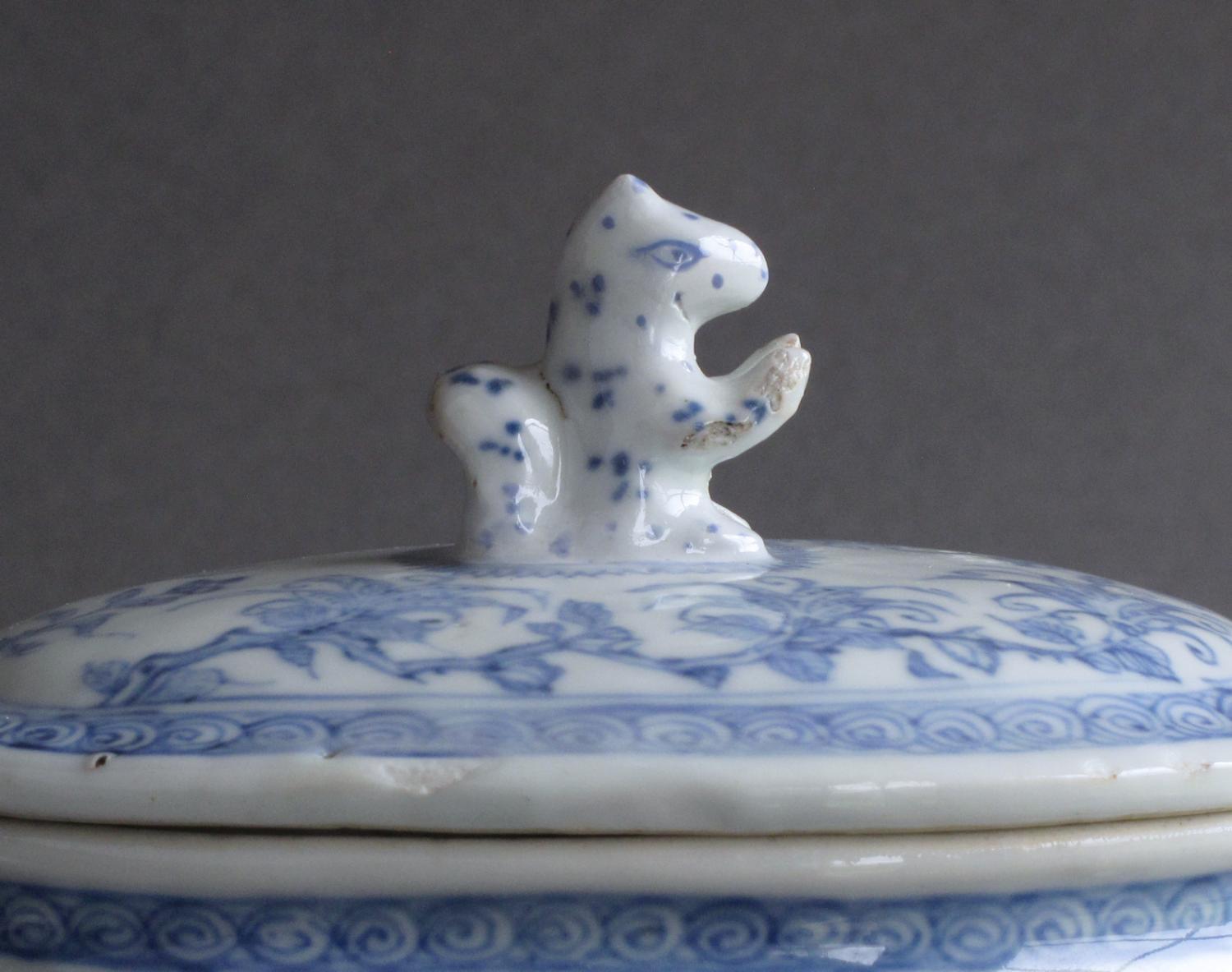 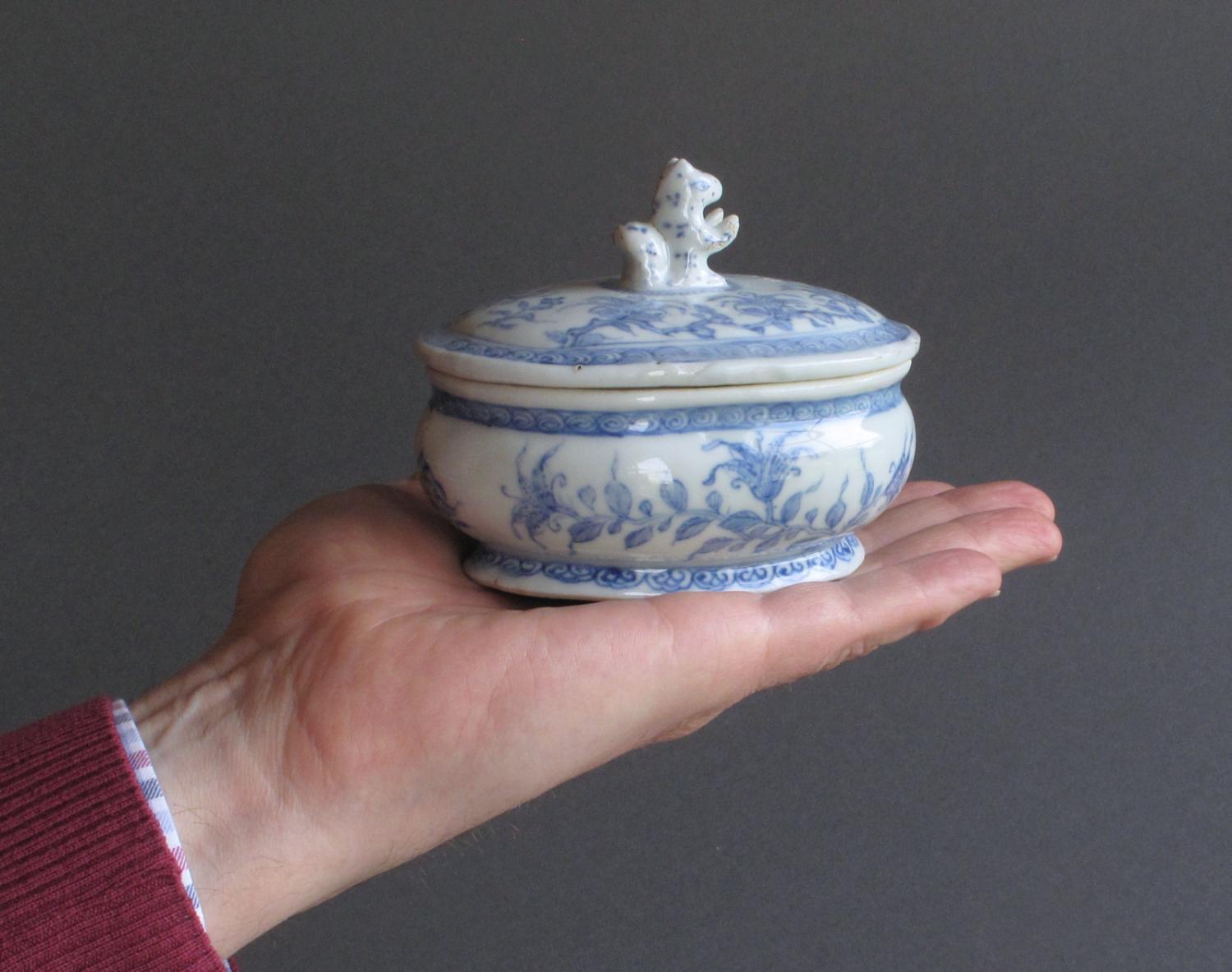