A small spiral-moulded Chinese vase and cover on a wooden stand, recovered as part of the Vung Tau cargo, decorated in underglaze blue and dating from the Kangxi period c1690.  The vase and cover are decorated with flowers and foliage within each spiral band.  The base retains the original Christie’s sale label, indicating that this vase was originally sold as part of lot 683.  Height, not including wooden stand, 14 cm (5.5”).

Condition.  This vase is in excellent, undamaged, condition with no chips, cracks or restoration.  The glaze on the vase has softened slightly from immersion.  The pattern on the lid, while spiral moulded to match the body of the vase, looks to be slightly different from the vase and it is possible that this was matched at the time of the Christie’s sale. 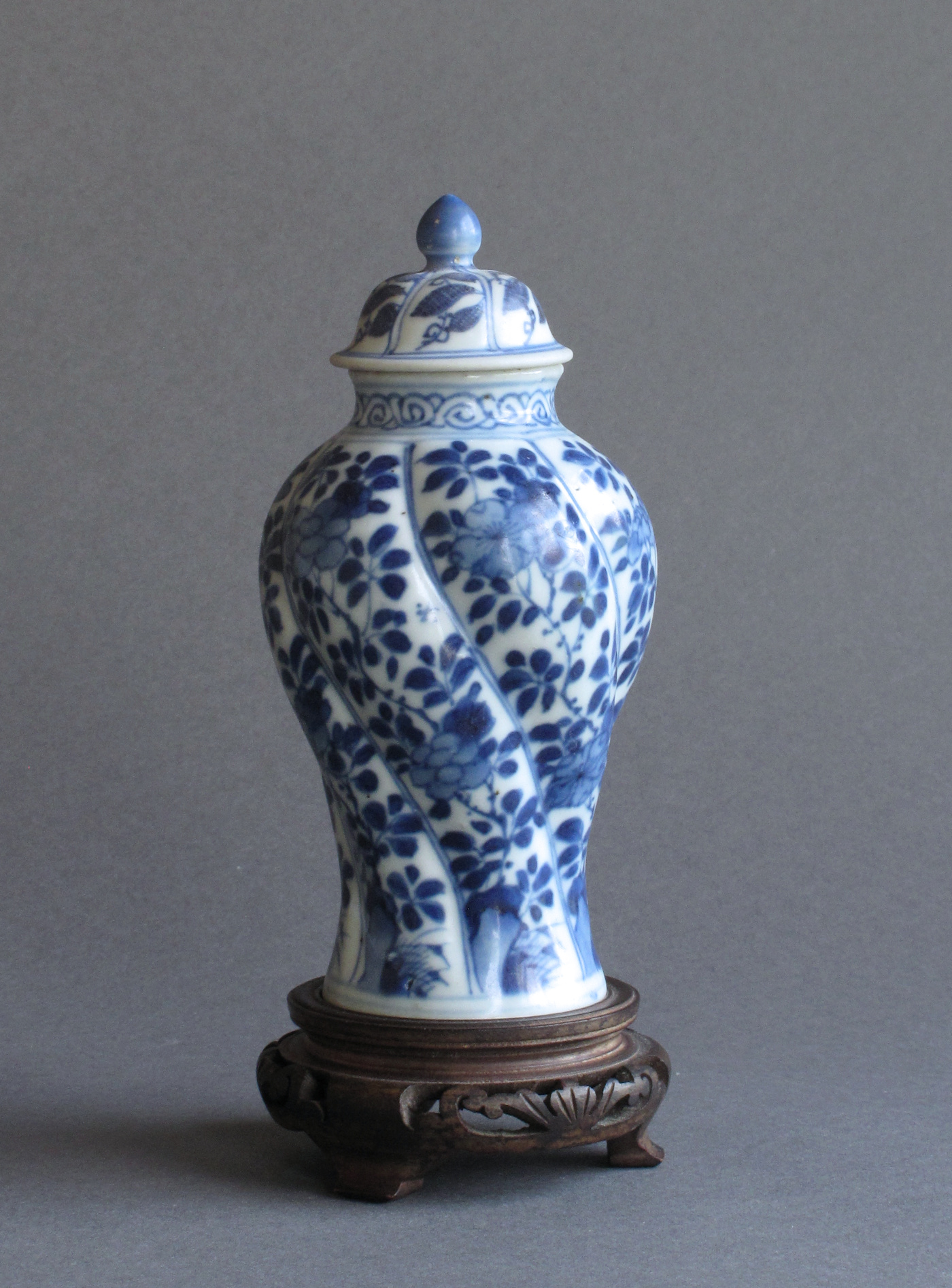 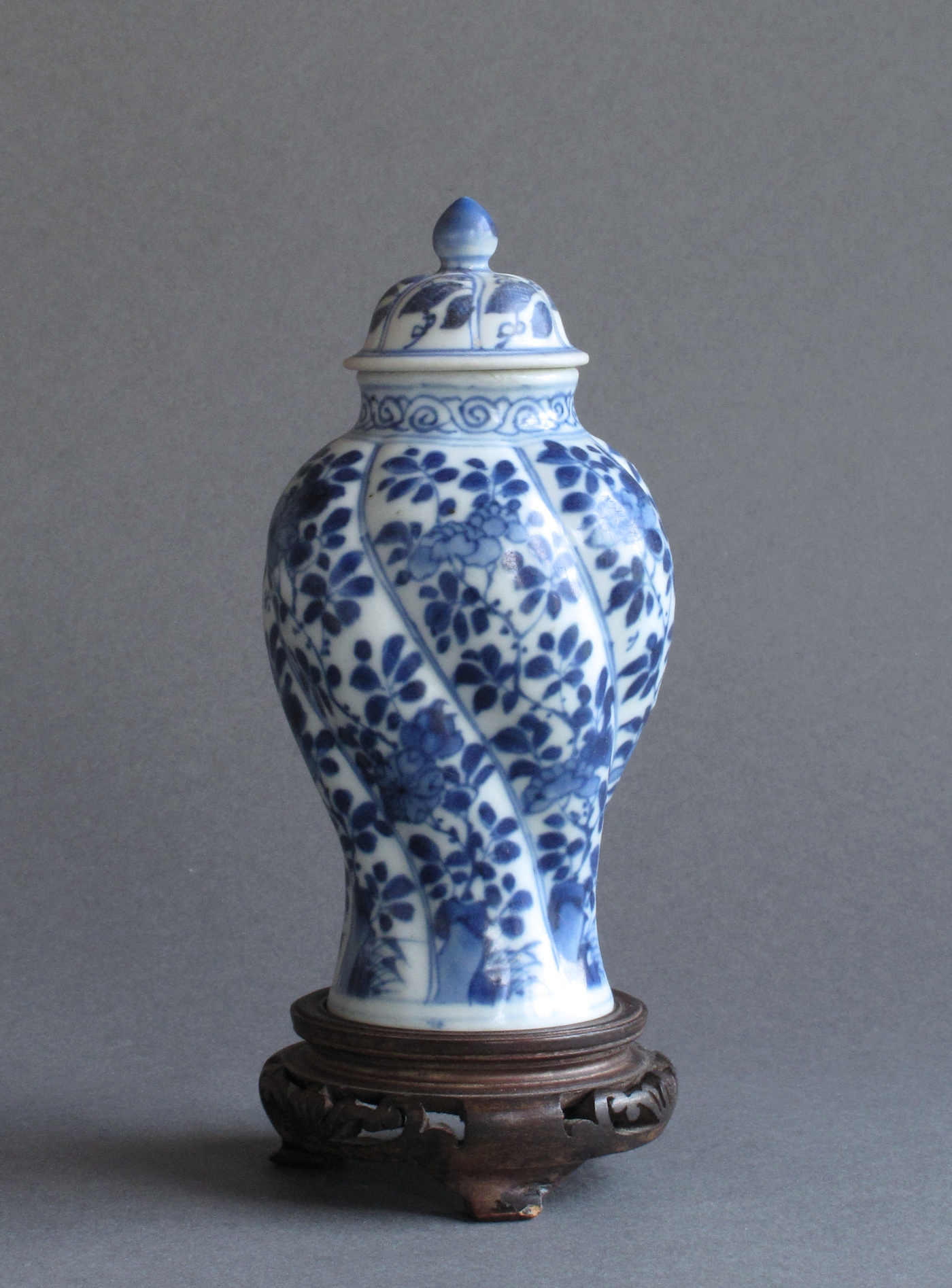 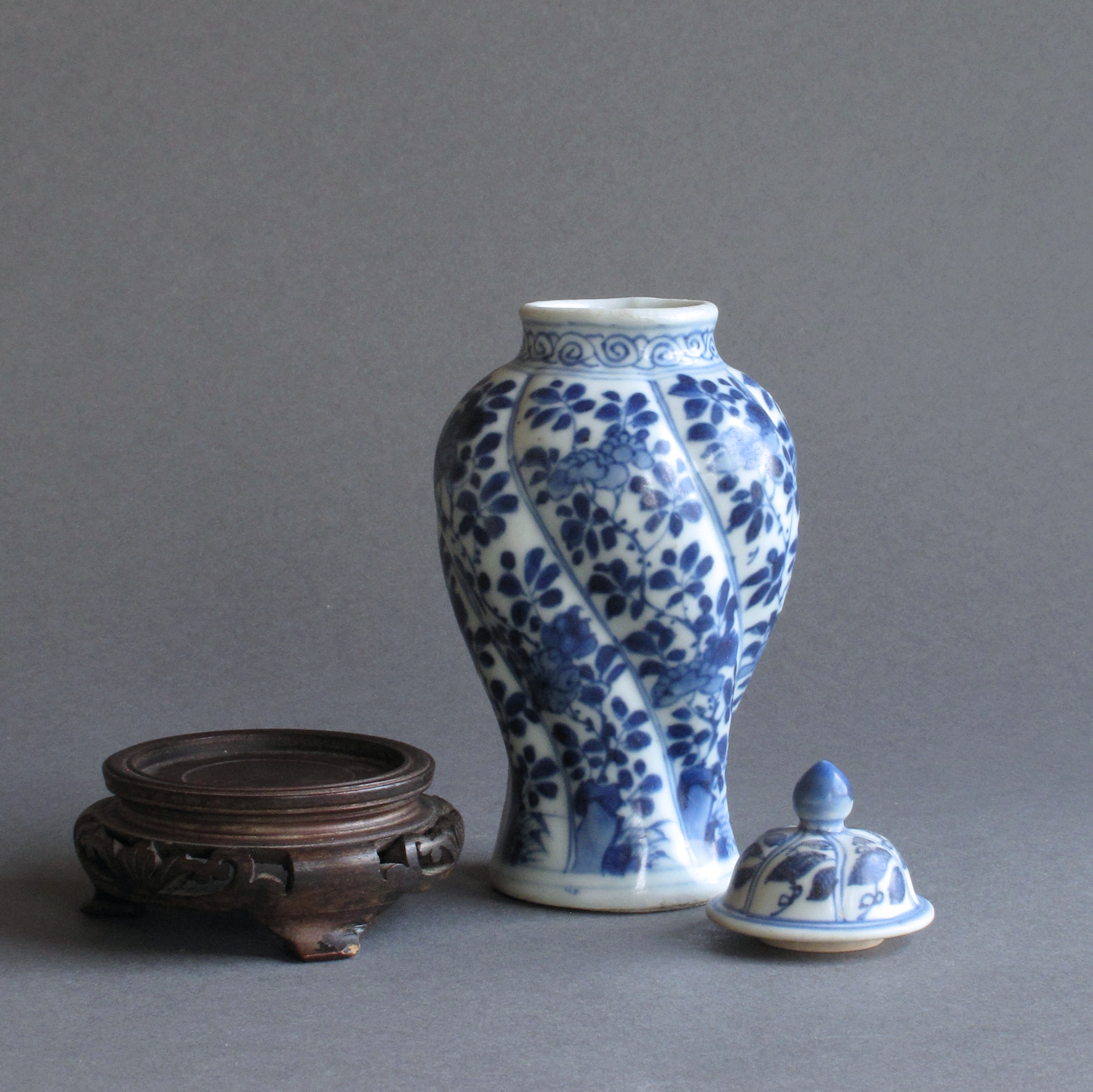 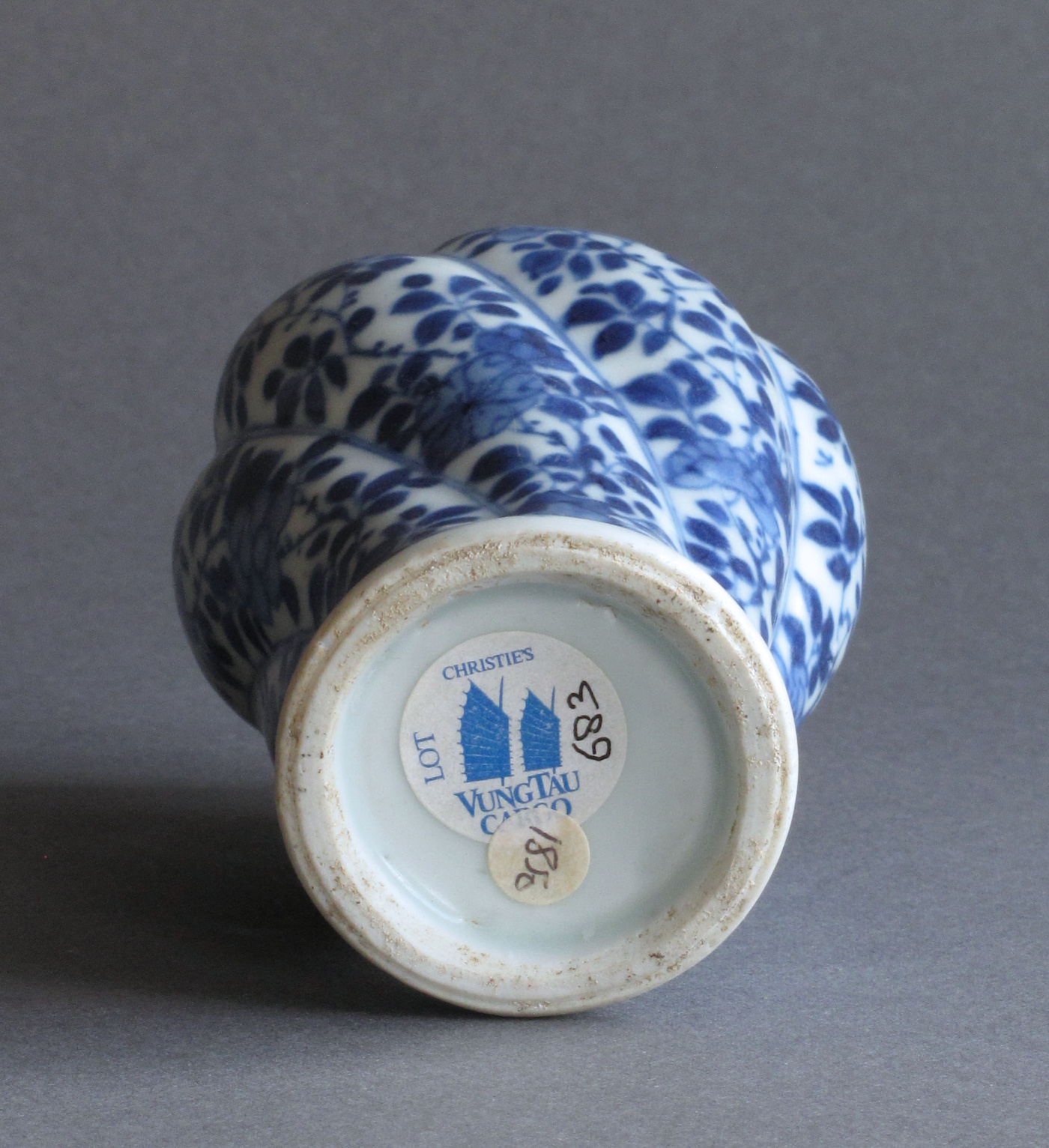 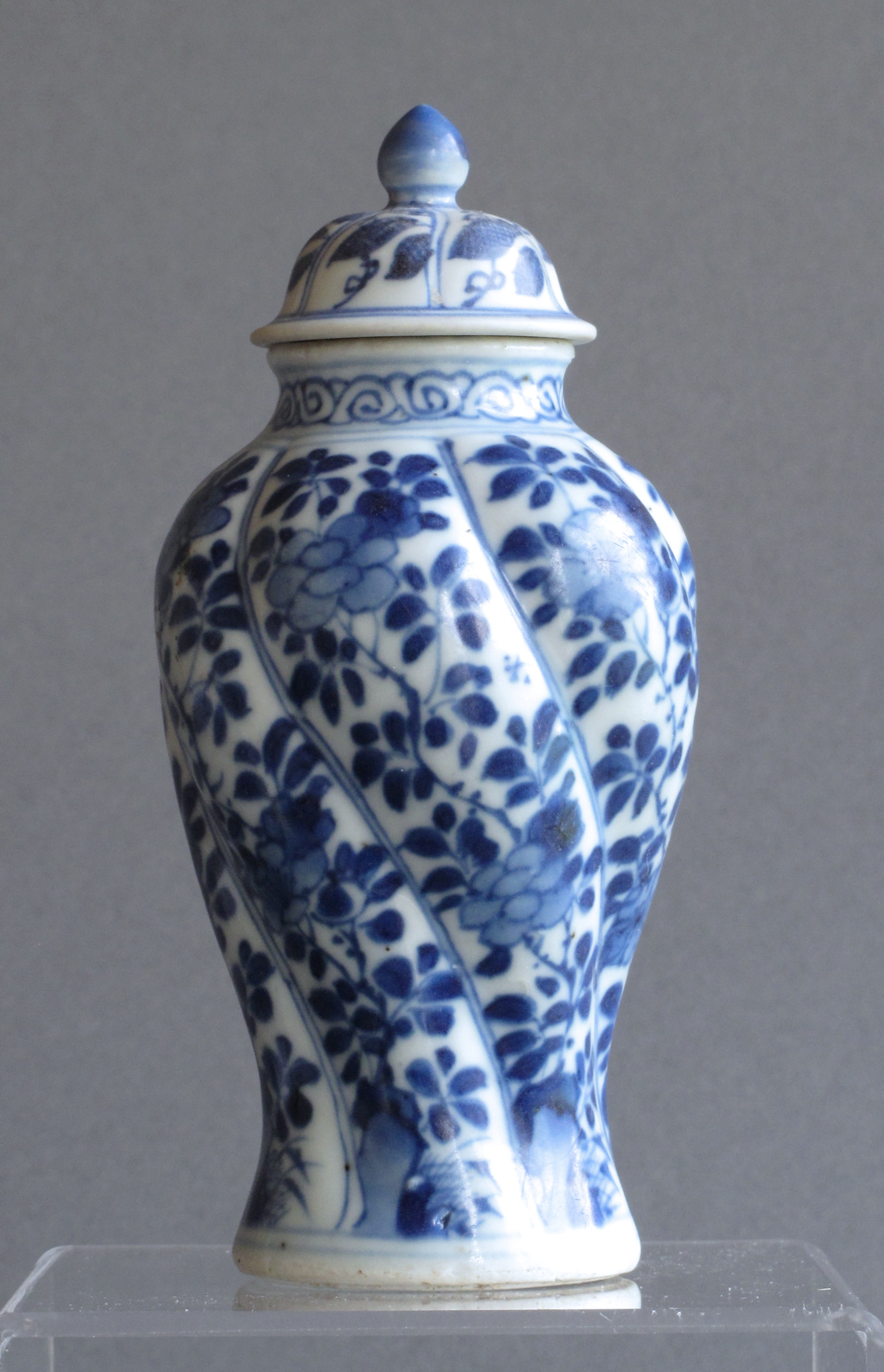 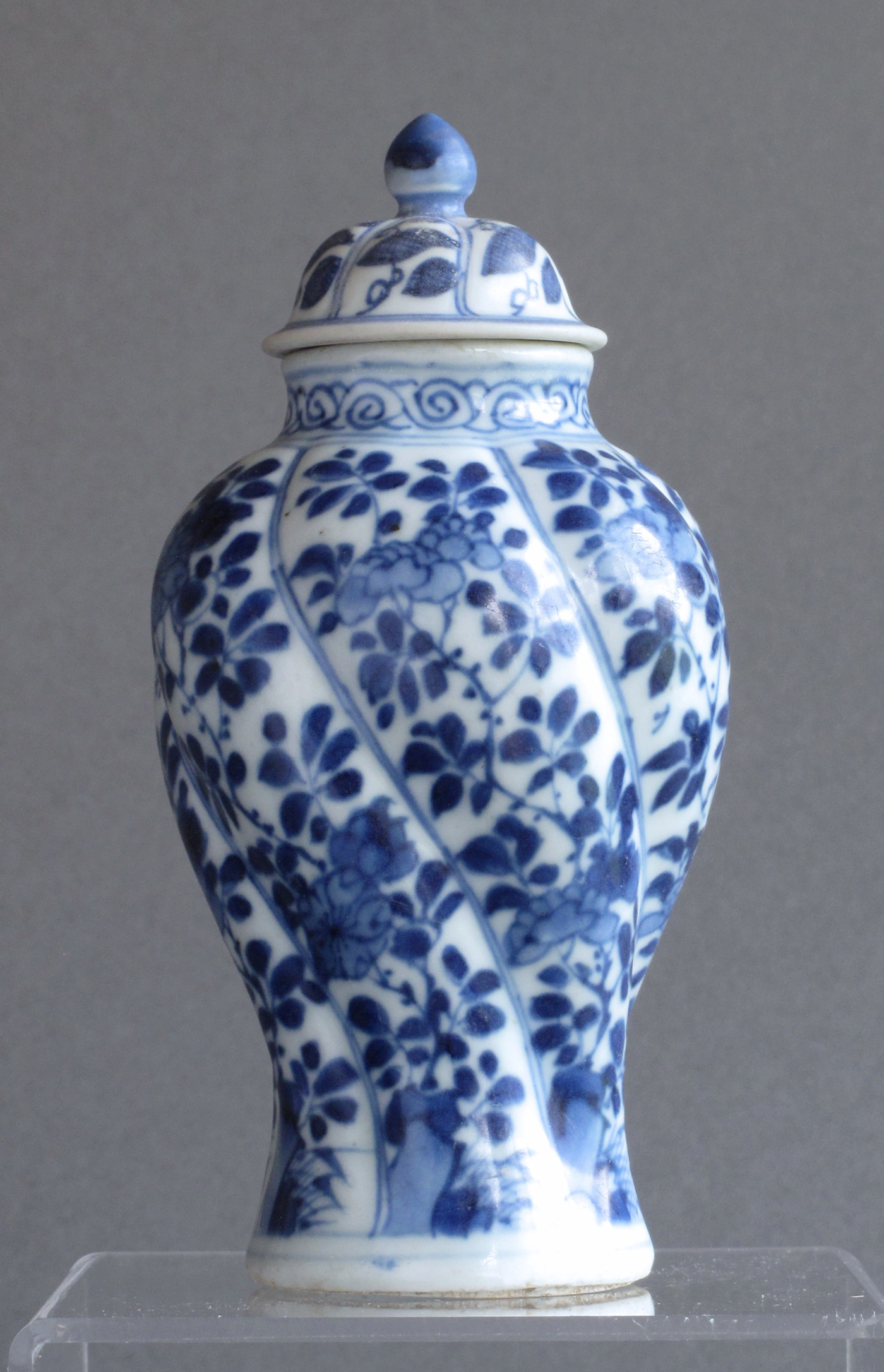