A good quality Chinese plate with moulded rim, finely potted and translucent, decorated in underglaze blue, and dating from the Kangxi period.  The plate has been moulded around the rim into 16 panels, each of which has been decorated with a flowering lotus plant.  The centre of the plate is decorated with two women in a garden landscape, with one of the women watering a plant in a large container while the other holds a lamp.  The back of the plate is decorated with a stylised foower in each of the panels around the rim, and has a 6-character Chenghua mark within double underglaze blue circles to the base.  Diameter 20.5cm (8.1")

Condition: this plate is in excellent, undamaged condition with no chips, cracks or restoration.  There are a few small glaze frits at the rim, and the plate has warped slightly during firing. There is a firing crack in the base of the plate visible from the back, which does not extend to the front of the plate. 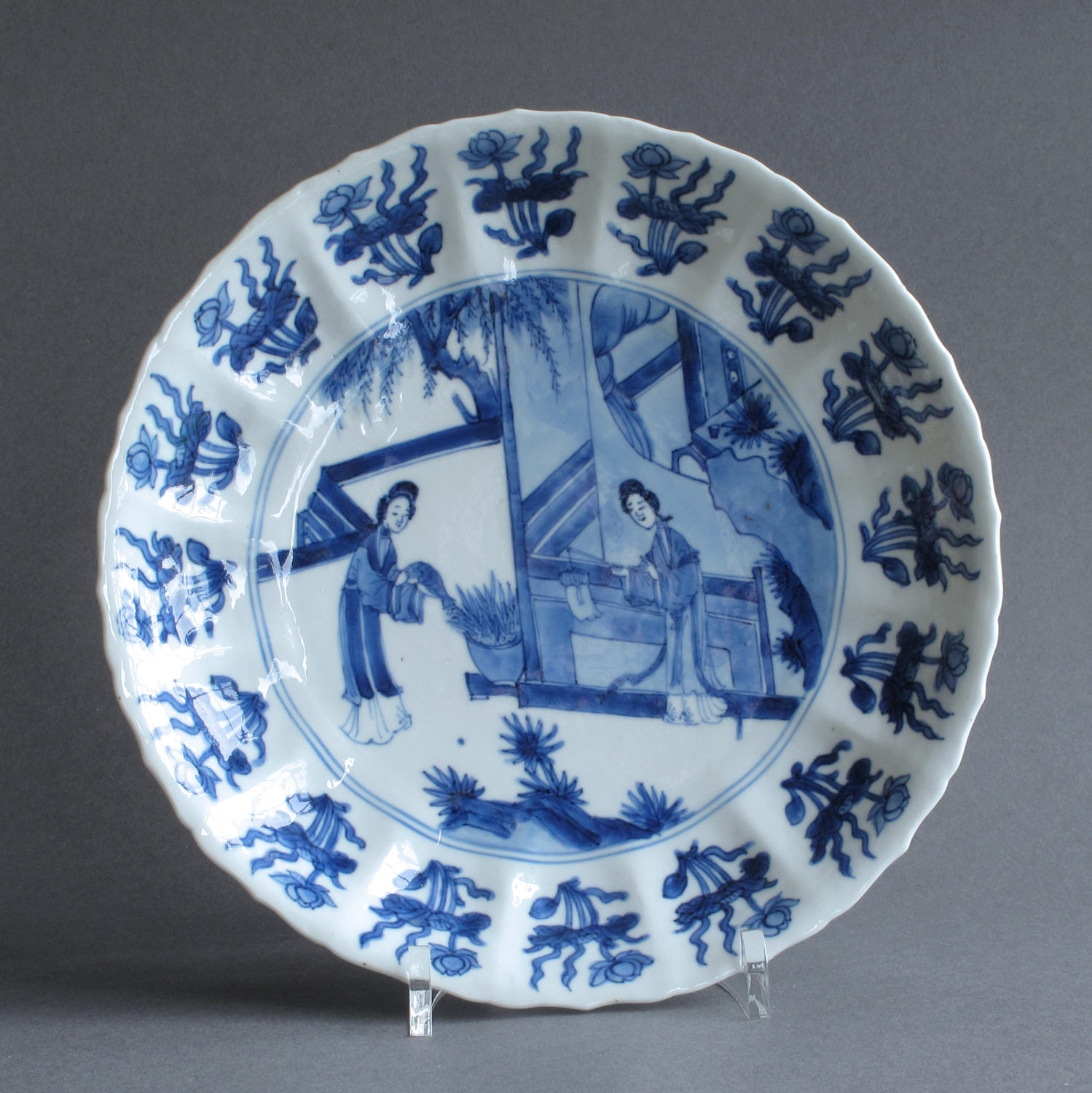 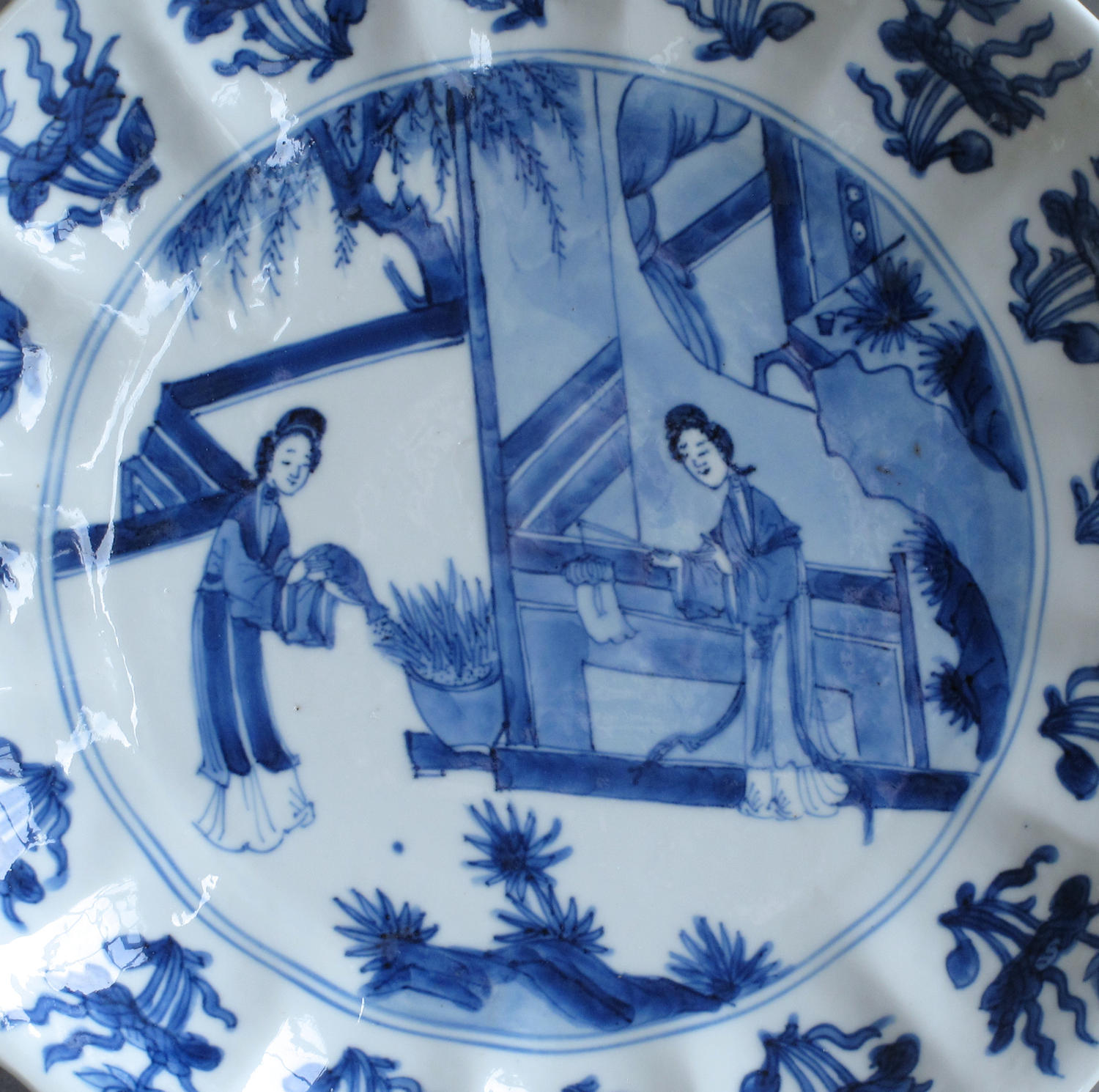 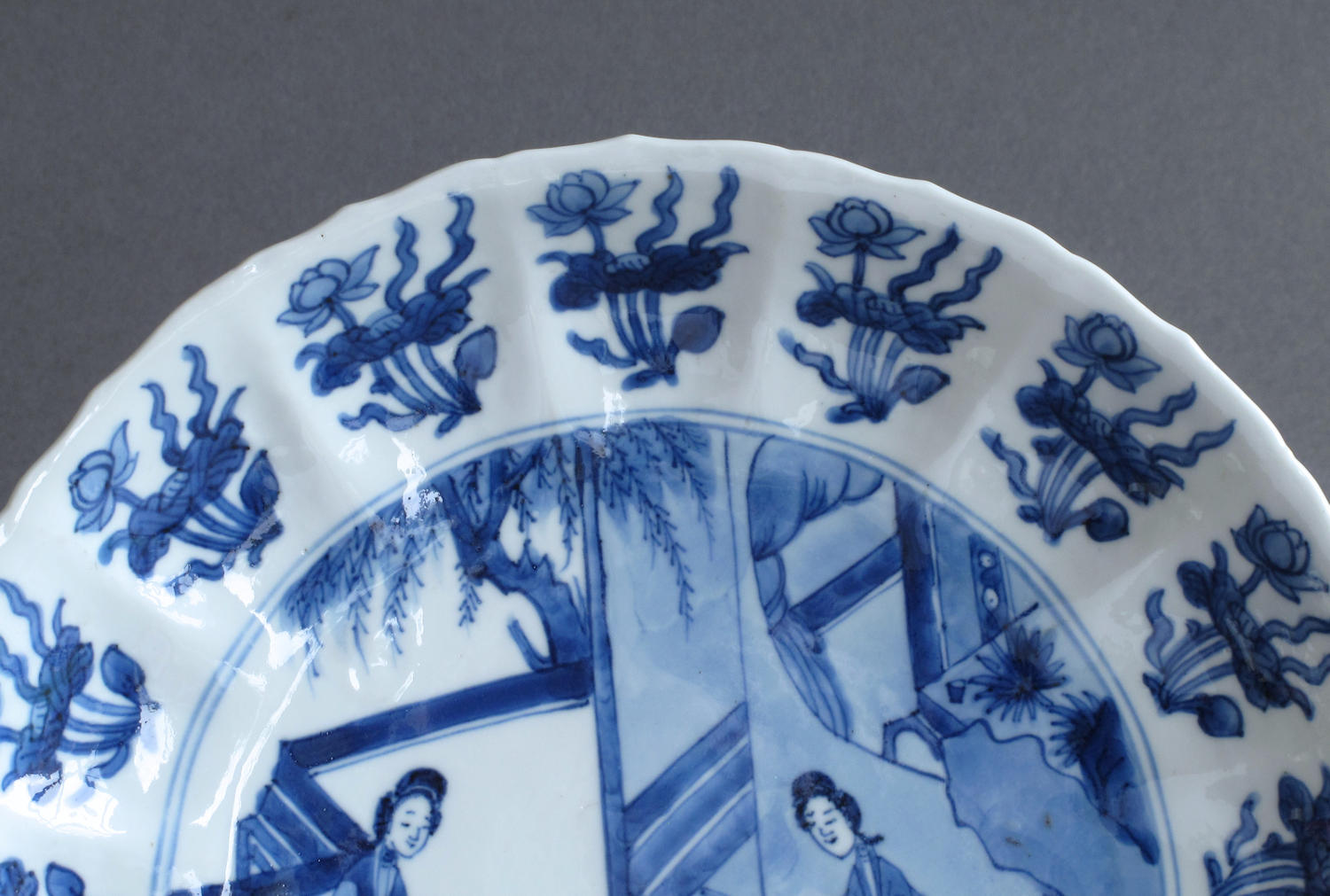 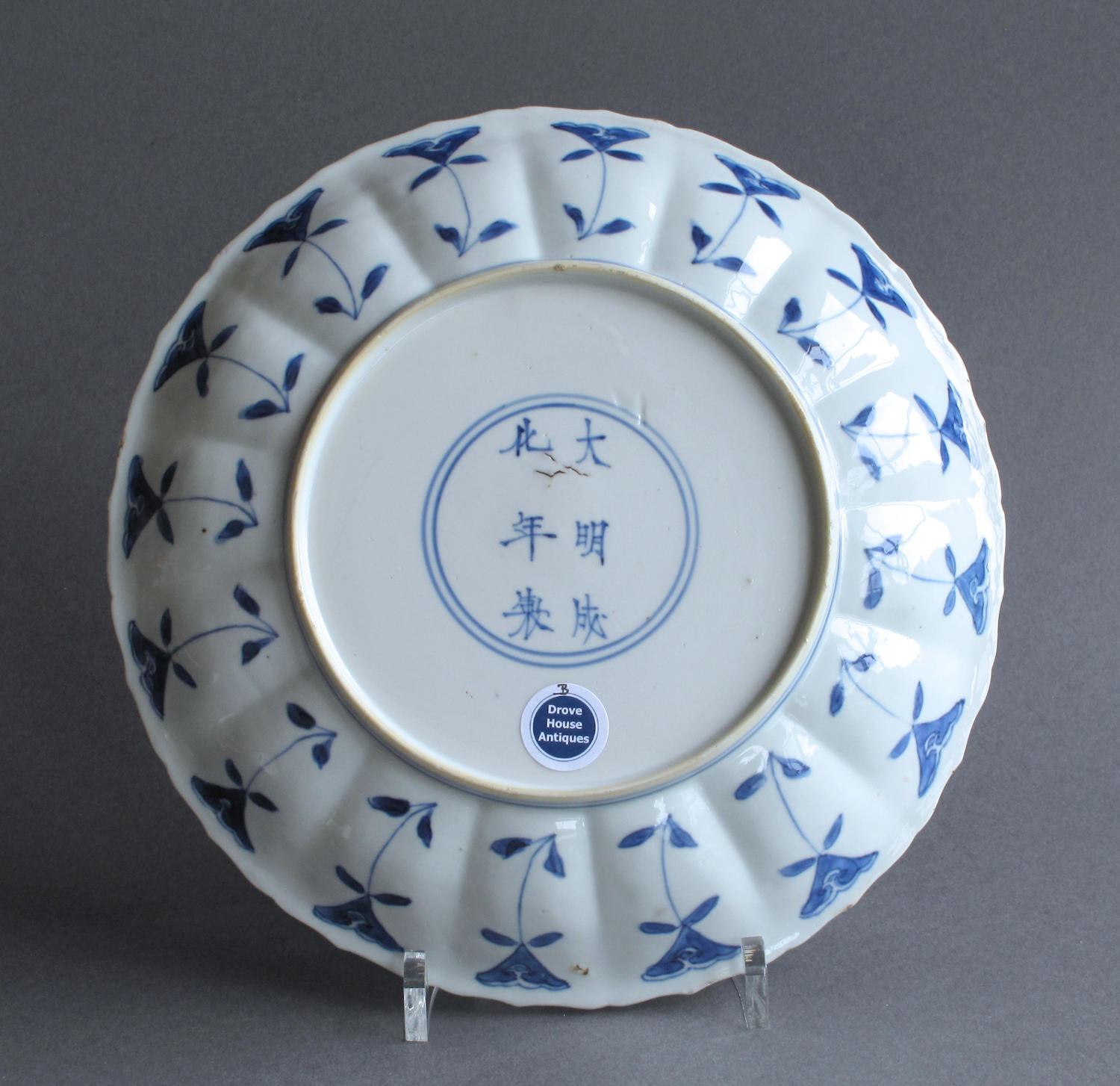 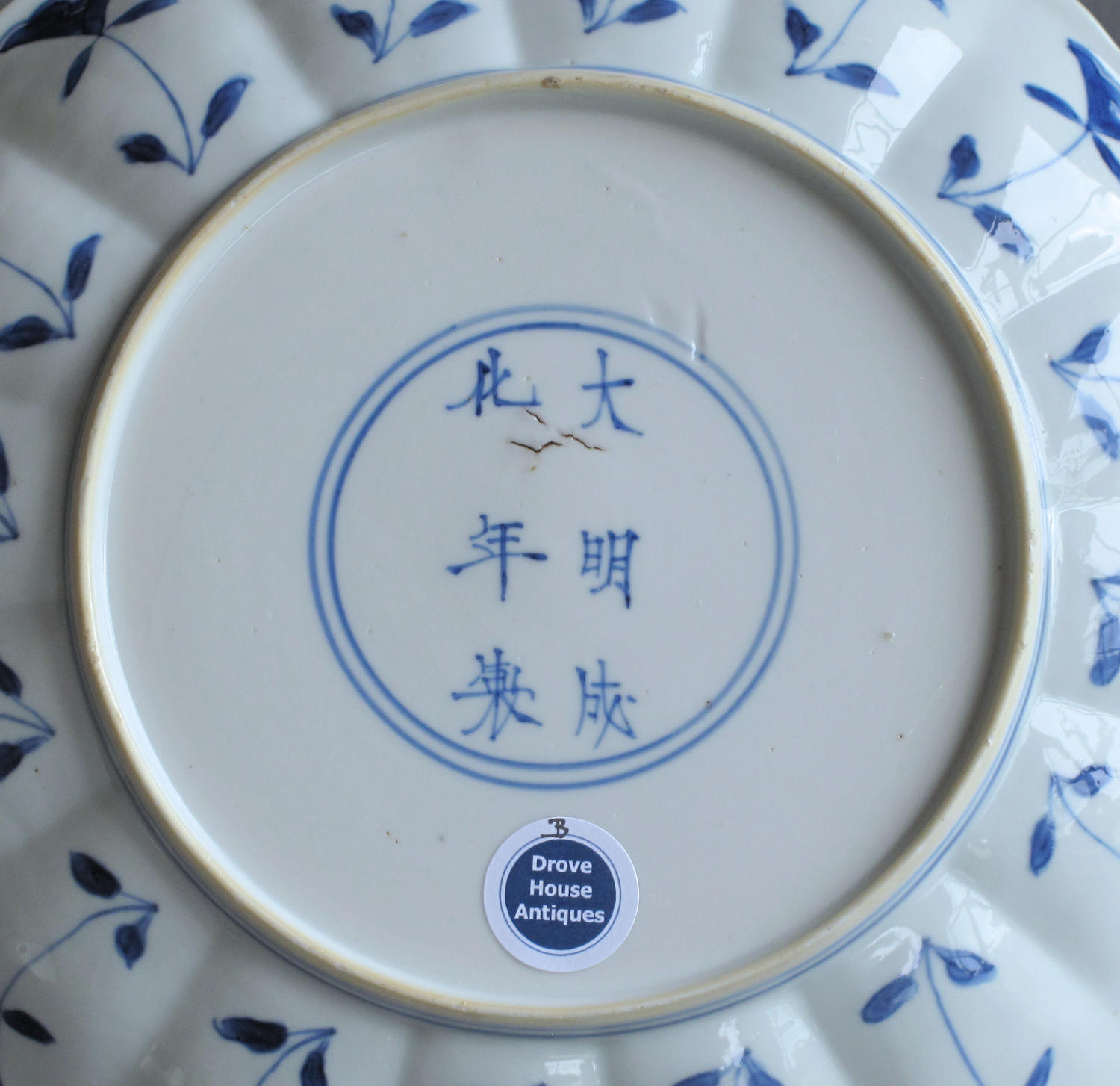 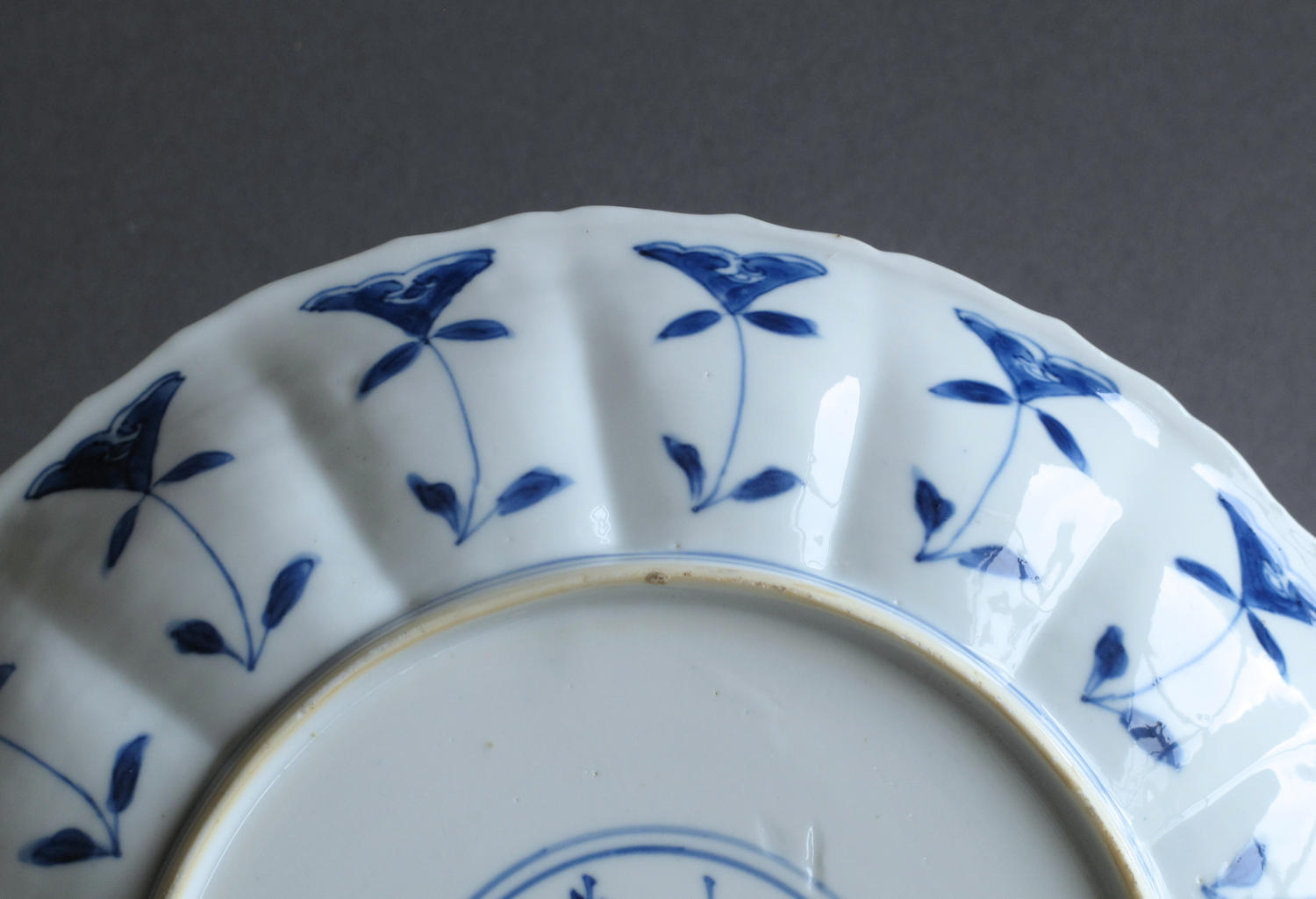