An interesting example of a Chinese blanc de Chine cup from Fujian Province with added European enamel decoration.  The cup is a rhinocerous-form libation cup with applied prunus flowers on one side and magnolia flowers on the other, and with a foot formed as two branches. The European decoration has been done in a sensitive manner, with just the flowers and stems, and the applied foot, decorated.  In addtion a blue enamel ring has been added to the inside of the rim. Diameter at widest point 8.9cm (3.5")

Condition.  The cup has one shallow chip at the rim, pointed out in our photos, and a short (~2cm) hairline from the rim. No other damage and no restoration. 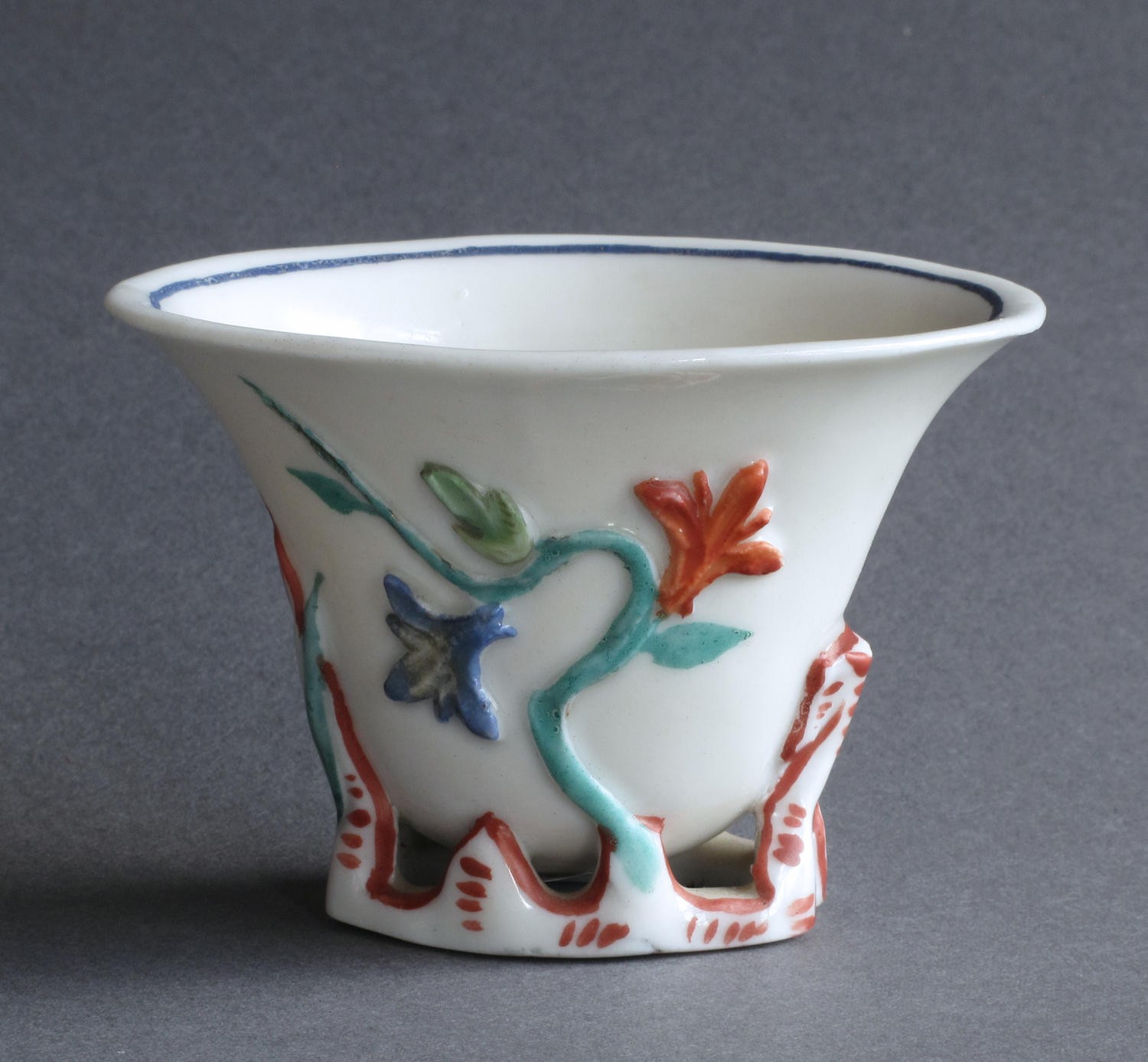 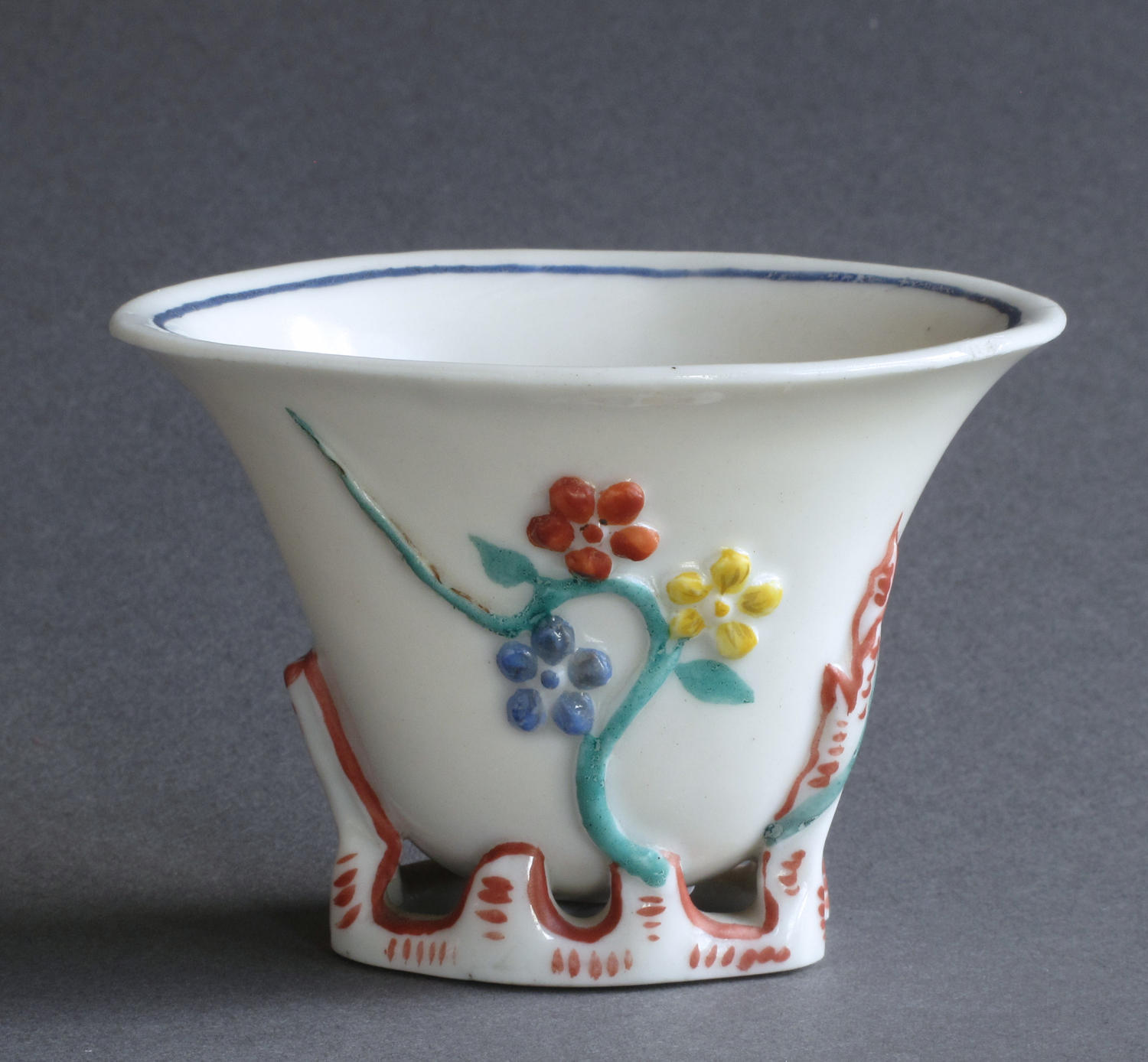 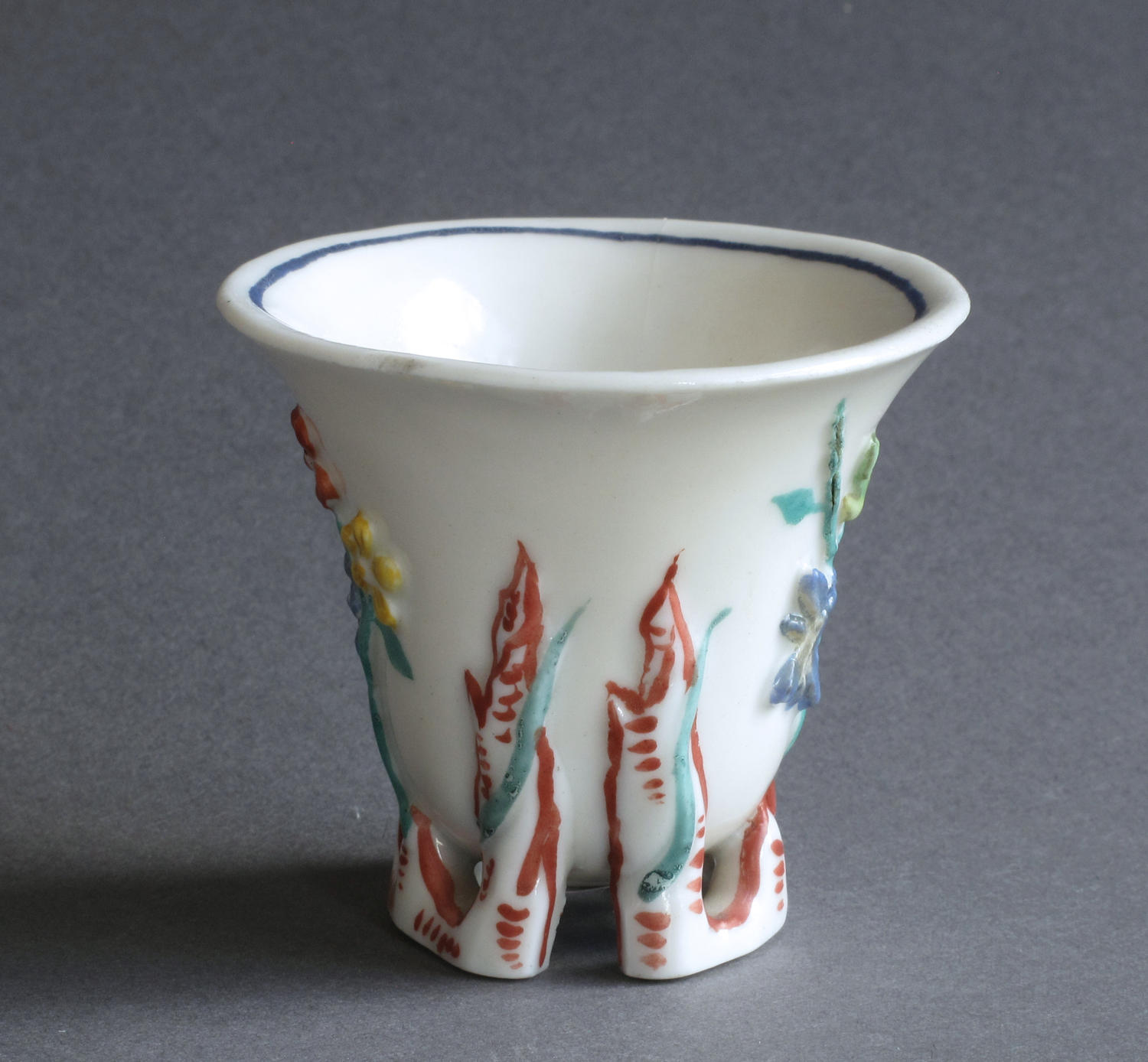 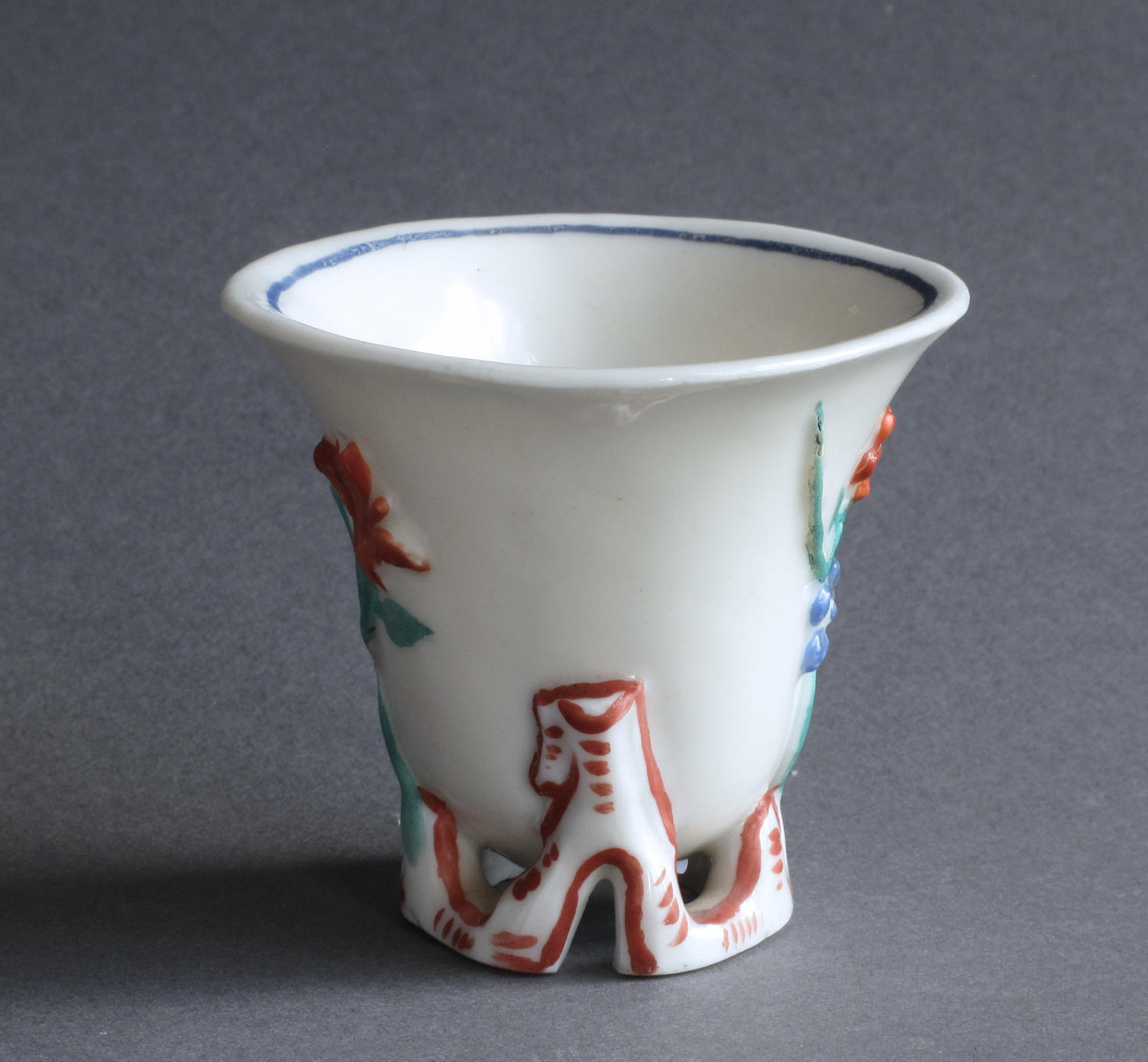 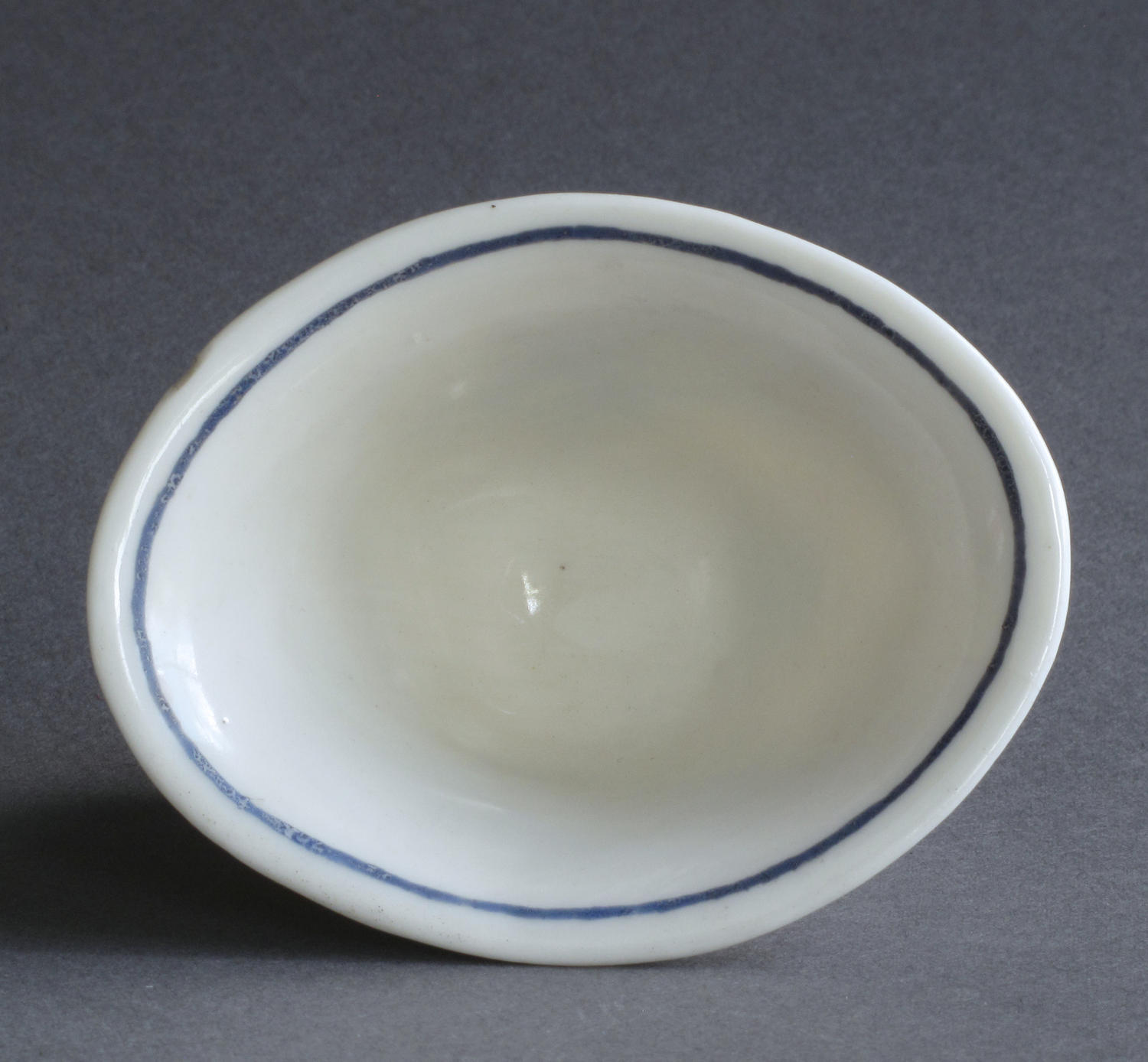 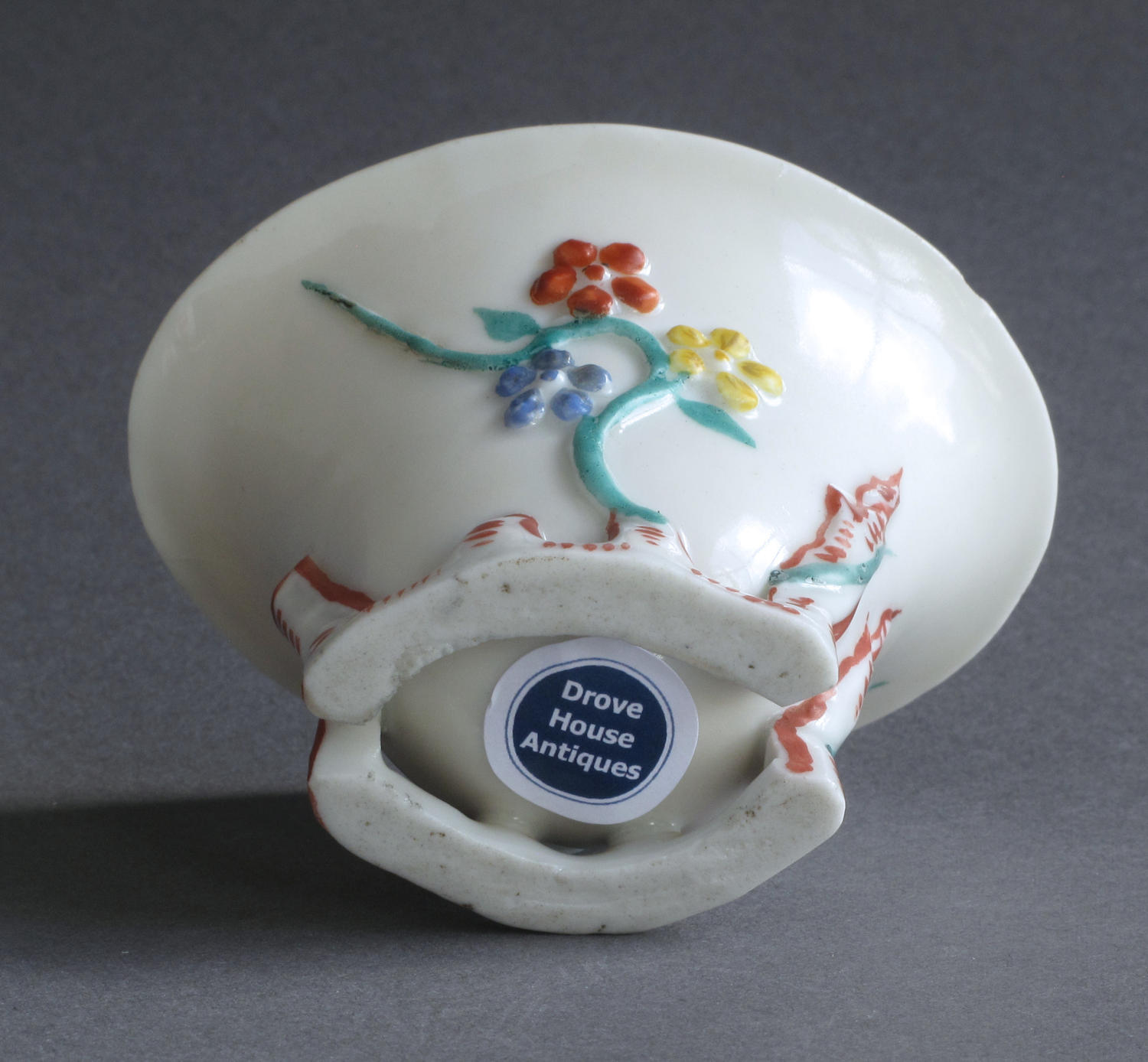 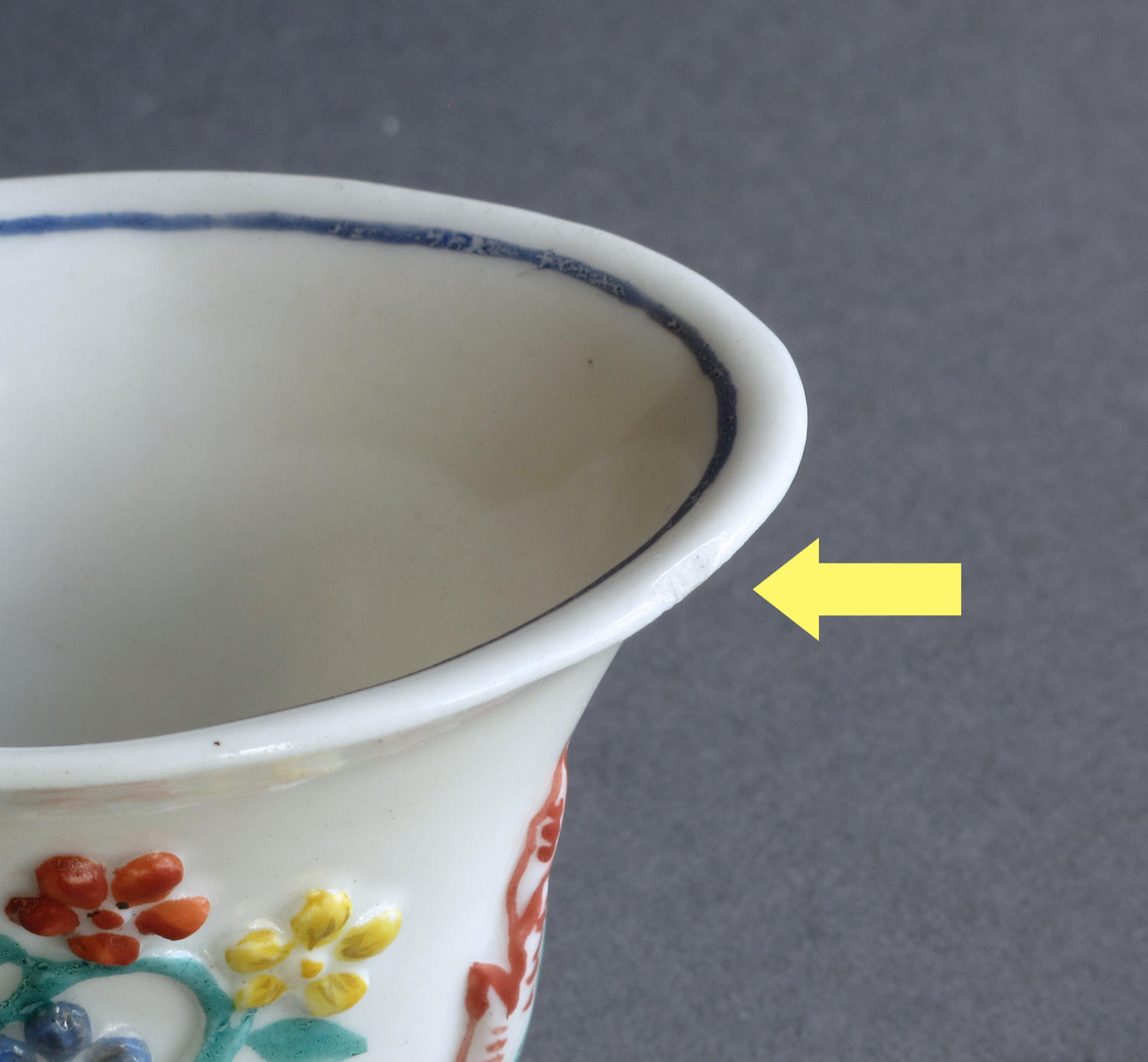 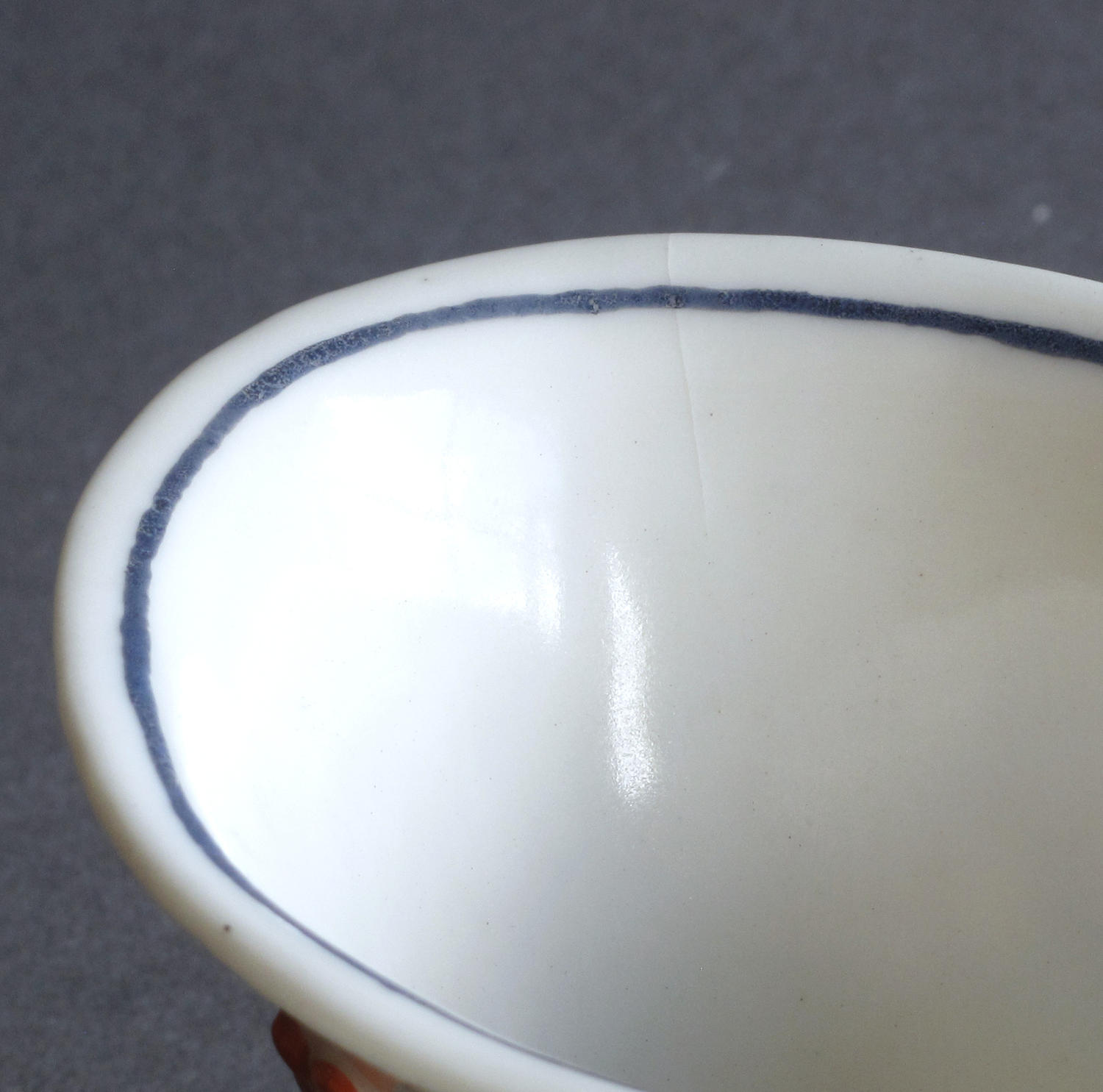