A Chinese white glazed water dropper in the form of Budai, dating from the Eighteenth Century.  The smiling figure of Budai is shown as seated on the ground holding a fan, and with his sack forming the spout of the dropper.  There is a second hole in his back to allow the dropper to be filled.  Width 7cm (2.8").

Budai, the 'laughing Buddha', is a Chinese folklore deity known whose Chinese name translates as 'cloth sack' which he is usually depicted as holding.

This water dropper is probably white glazed ware from Jingdezhen, not Dehua ware.  The glaze is faintly blue/grey where it pools.

Condition: Good condition with no damage or restoration 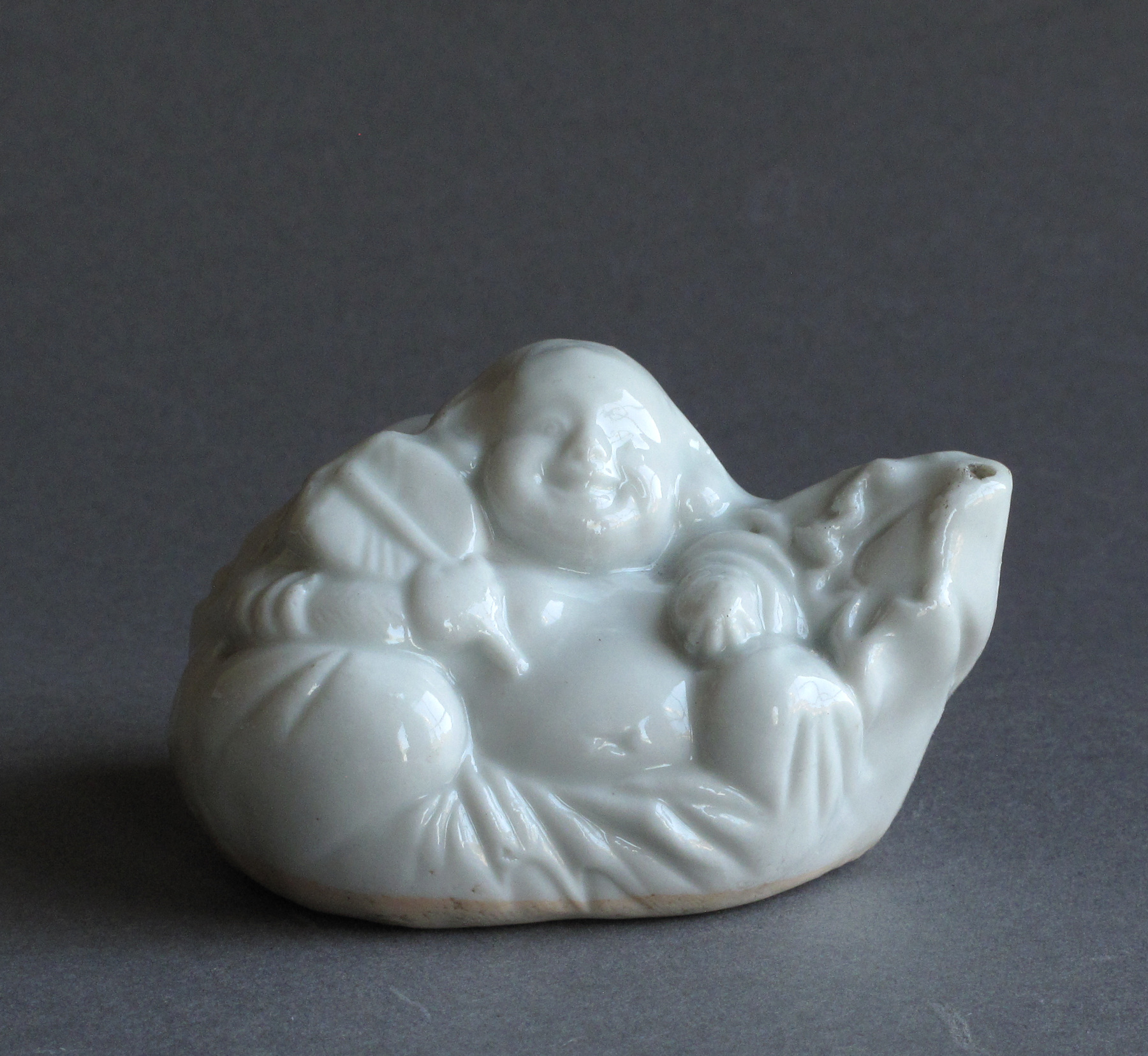 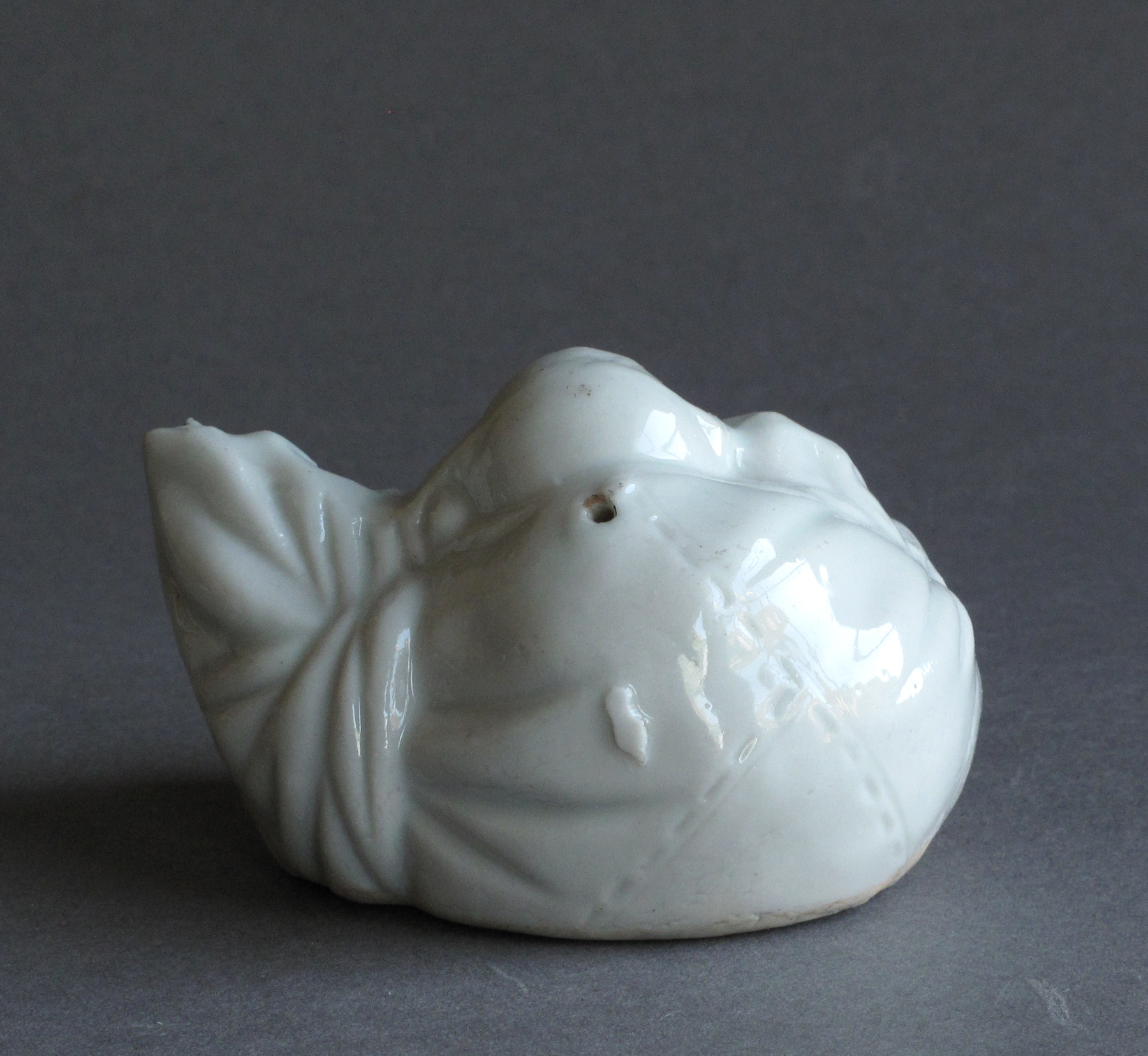 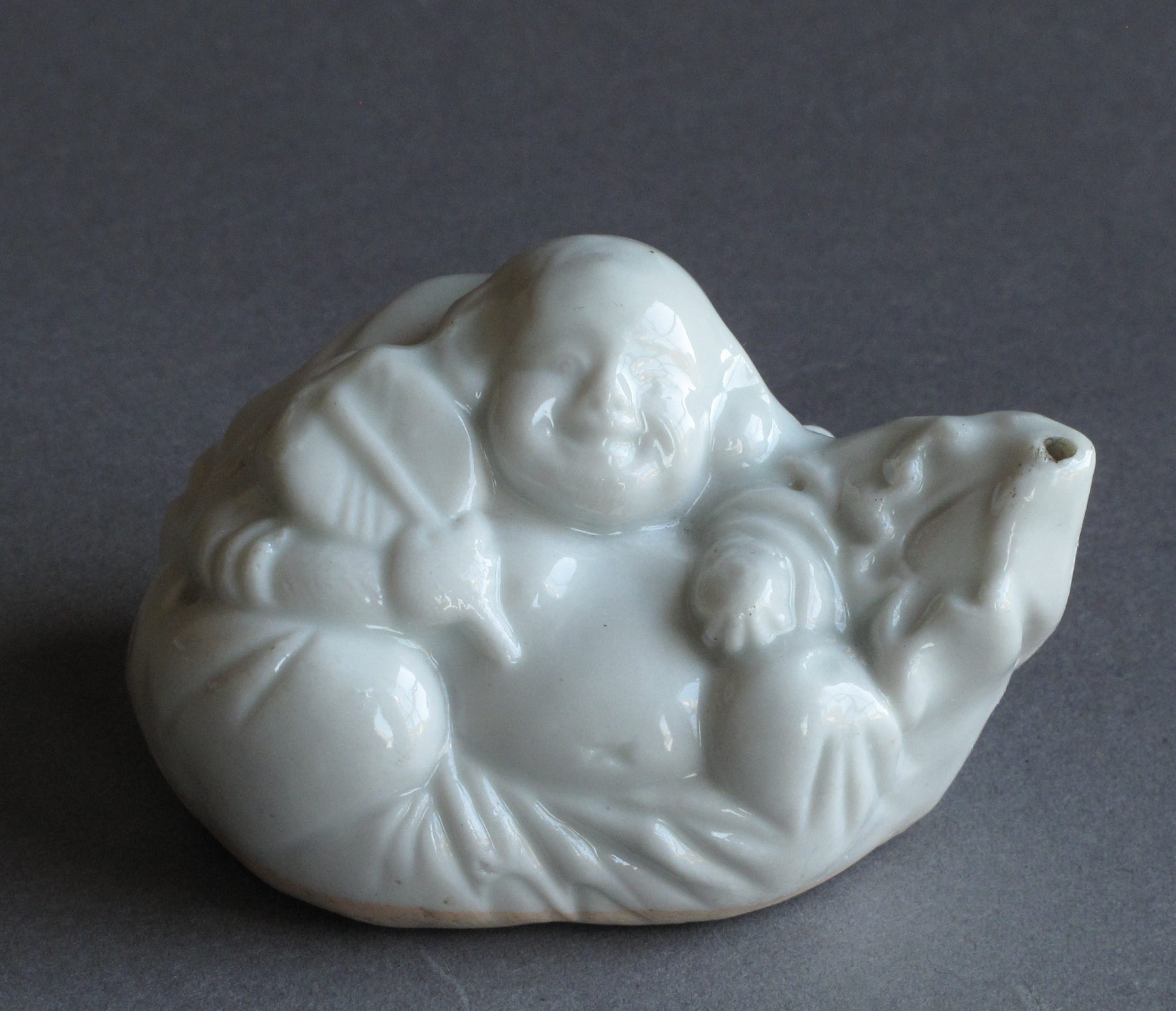 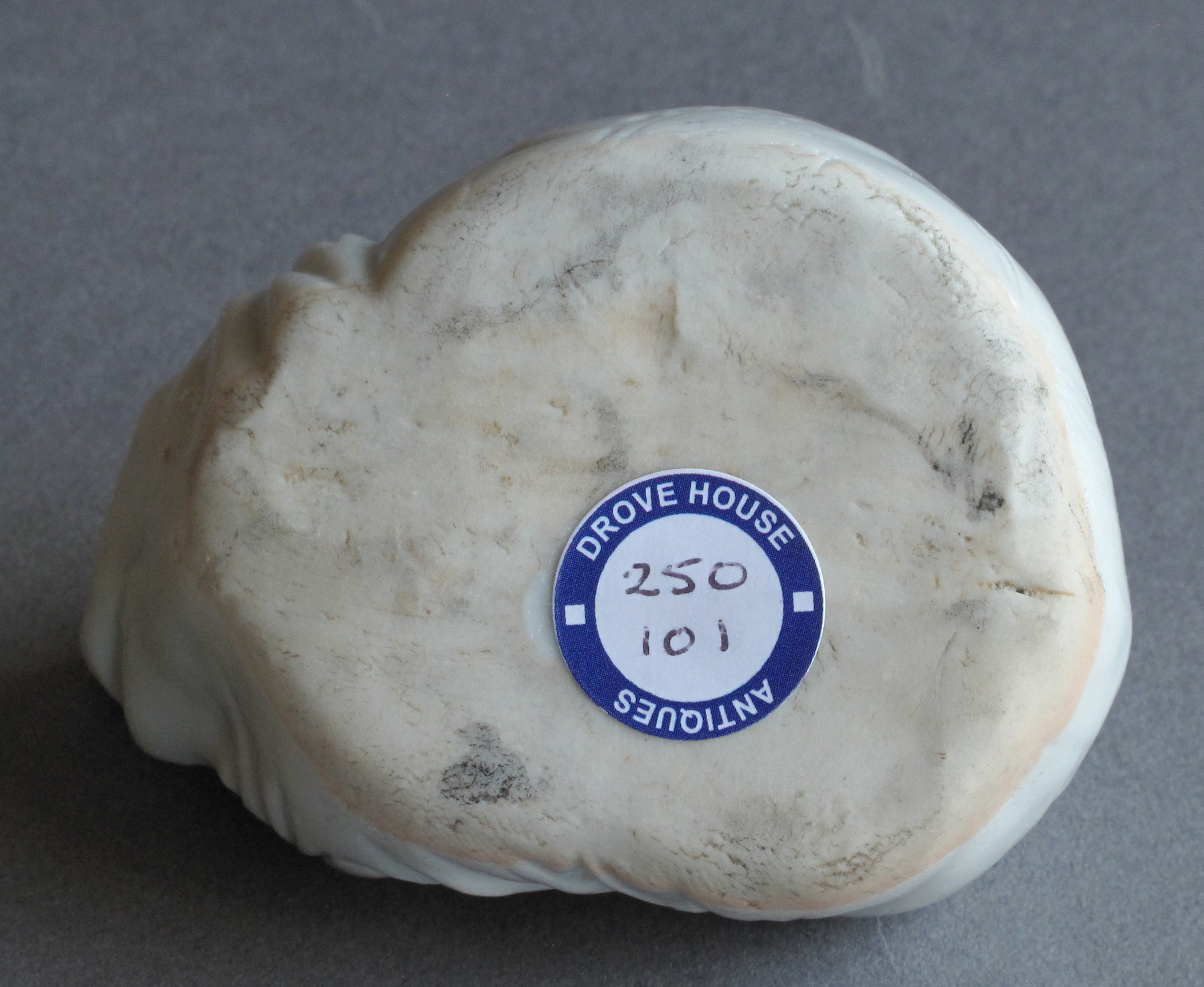 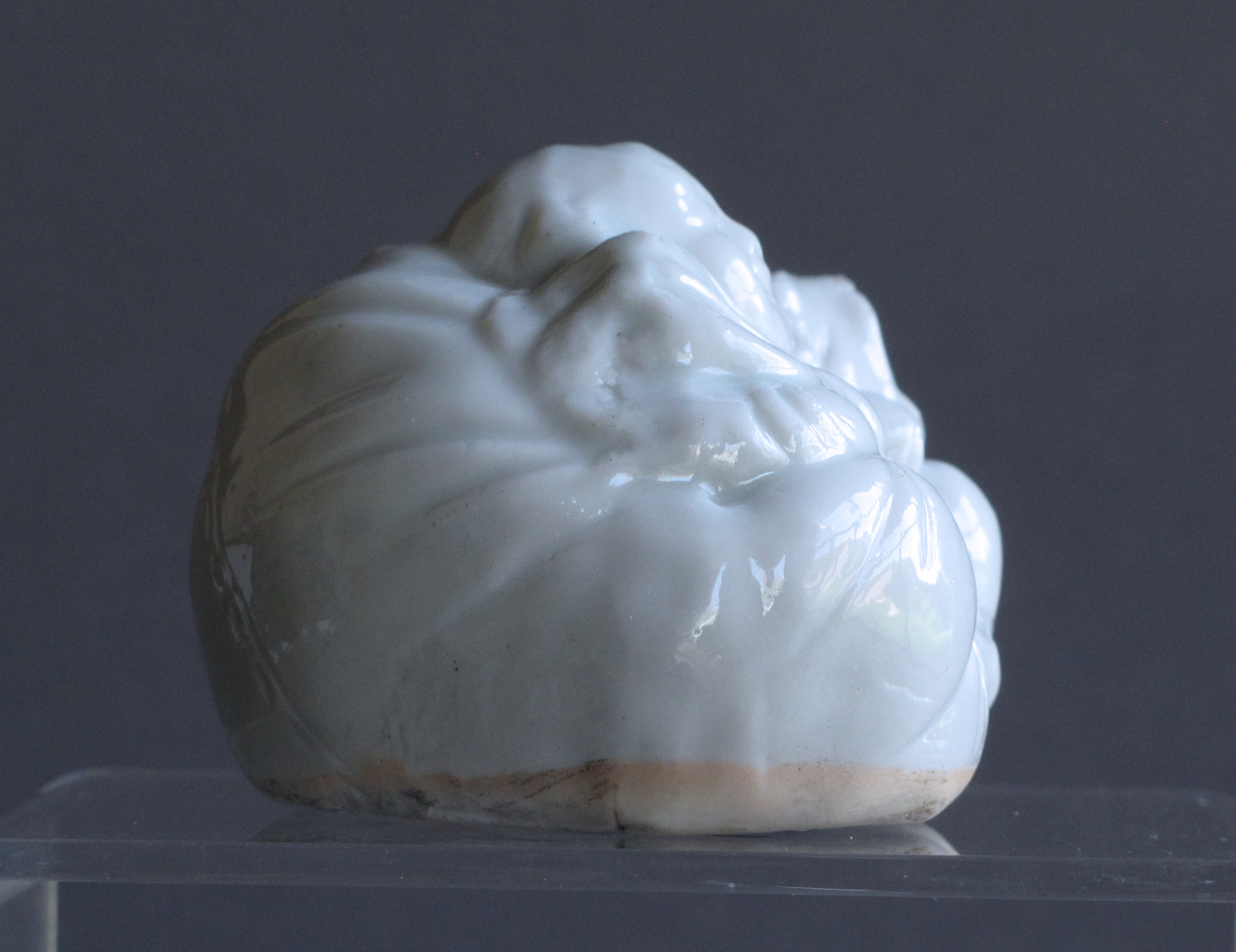