A Chinese late C19th silk rank badge, glazed and mounted as a tray

A Chinese male rank badge glazed and mounted in a bamboo-style wooden tray. The stylised peacock, denoting the third civilian rank, is embroidered in gold and silver metallic couched threads. The legs and other details are in metallic silver couched with red thread, giving a reddish effect as opposed to the pure silver appearance of other areas. The bird is appliqued to the background, rather than embroidered on it directly. This was often done to enable the owner to replace just the birds when he got promoted, rather than the whole badge.

The background shows pale blue clouds in satin stitch, above a metallic gold and silver couched thread sea. Buddhist symbols are interspersed with the clouds, again in couched metallic thread, and the peacock points towards the spiral sun.  The badge is bordered with bats and a shou longevity character.

Condition: The badge is in very good condition. 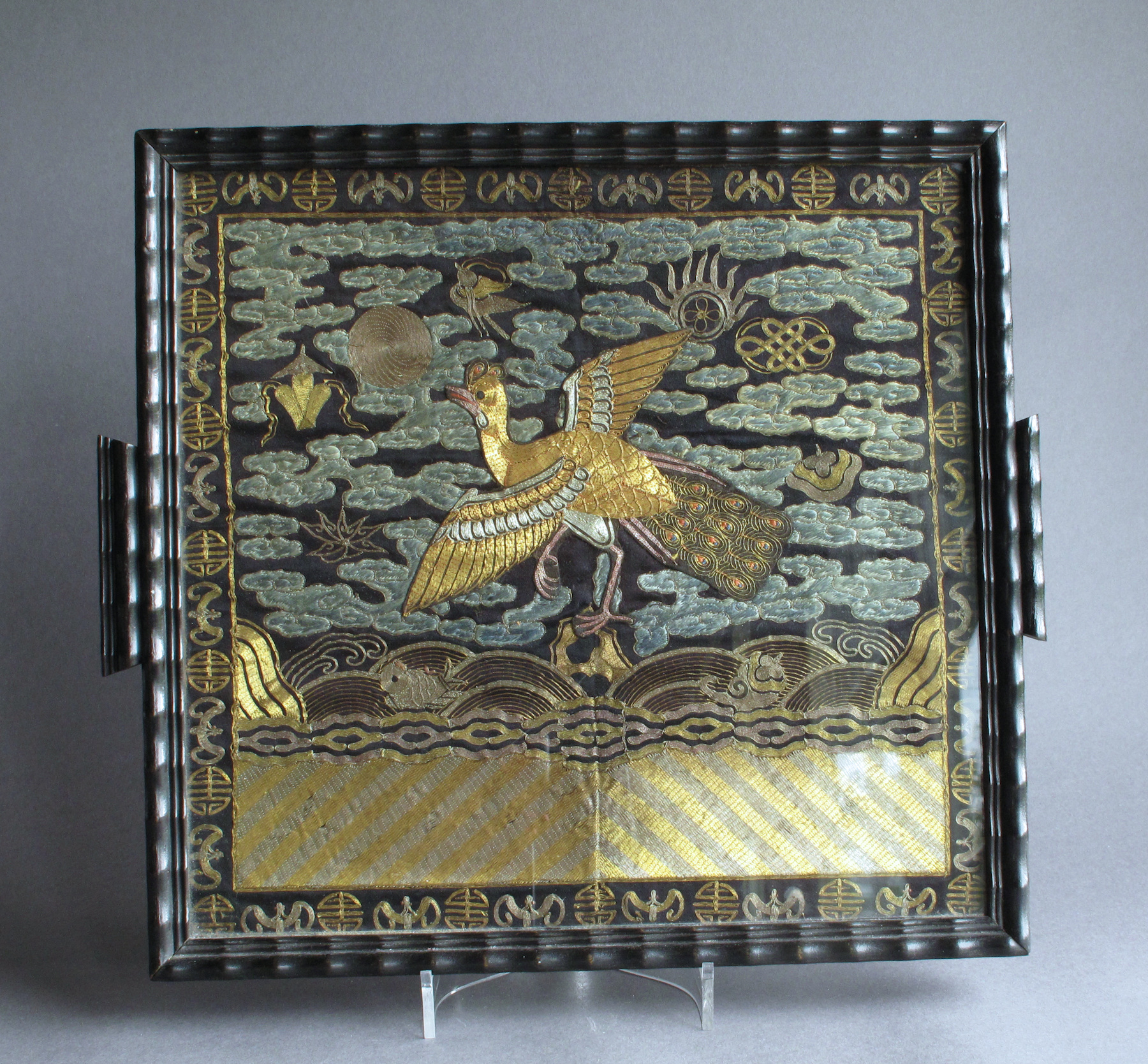 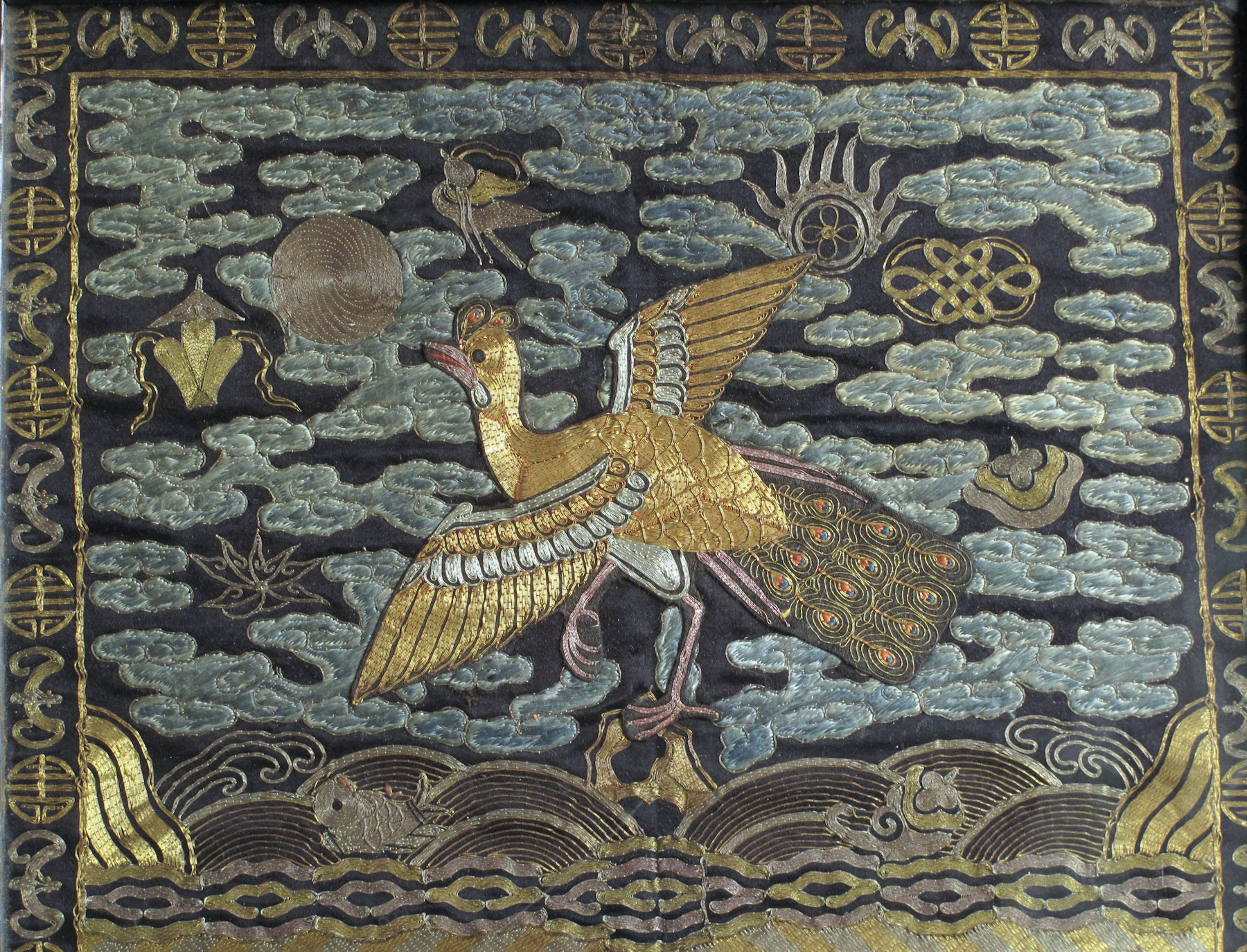 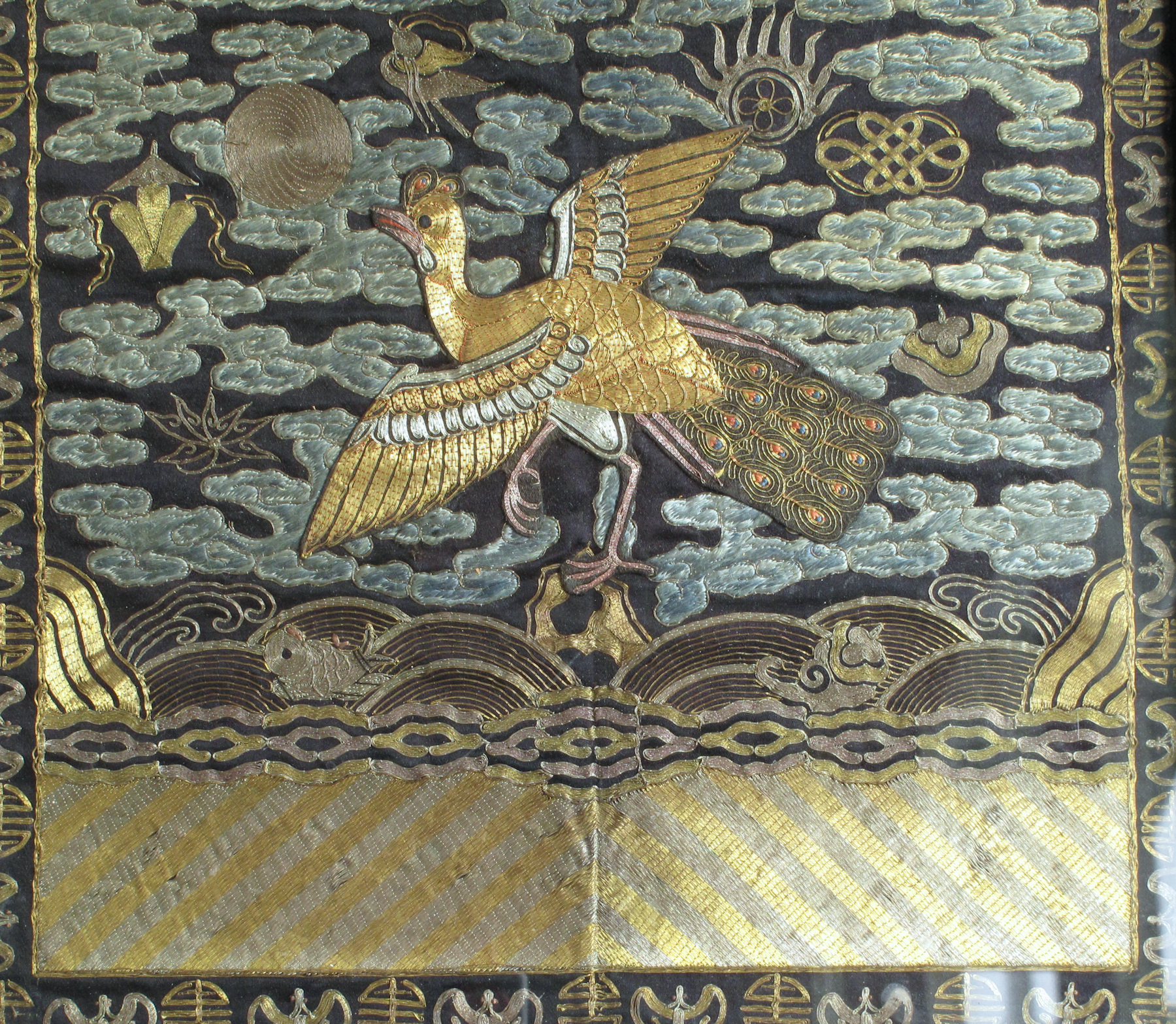 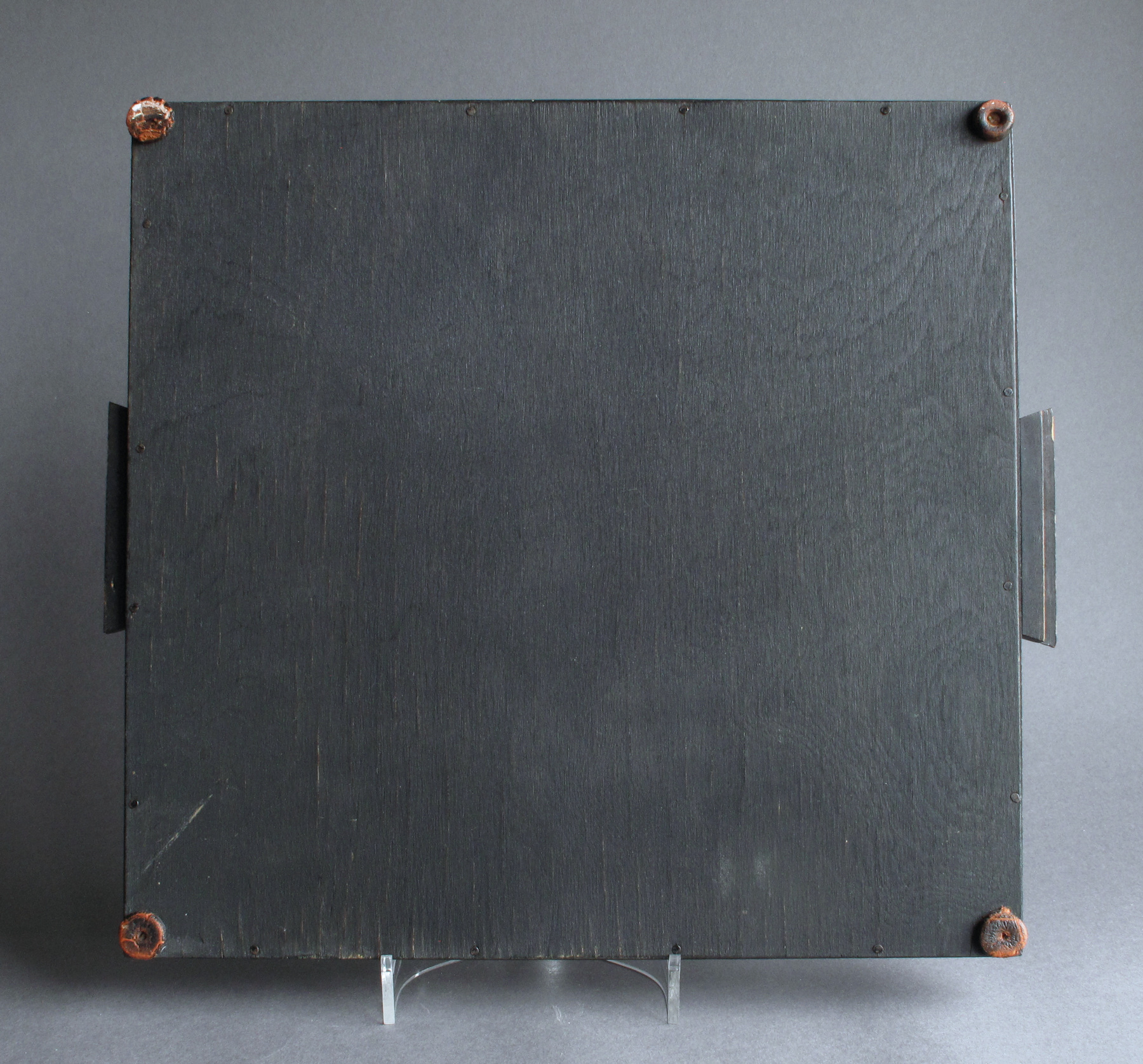