A pair of Chinese blanc de Chine animal groups from the Dehua kilns, recovered as part of the late C17 Vung Tau cargo. Each is modelled as a pair of Buddhist lions facing each other across a ribboned ball, on a hexagonal base. Height 5cm (1.9”). Kangxi c1690.

These figures were part of lot 421 of the sale of the Vung Tau cargo at Christies Amsterdam. Only three of these Buddhist lion figures were recovered in the shipwreck. Christiaan Jorg discusses these lion dog groups in his book ‘Porcelain from the Vung Tau Wreck’ and speculates that they might have been designed as brush rests.

Condition: some marine encrustation on the unglazed foot rims and inside the bases, and a small chip or firing fault at the base of one. The glaze is in good condition with slight softening from submergence. 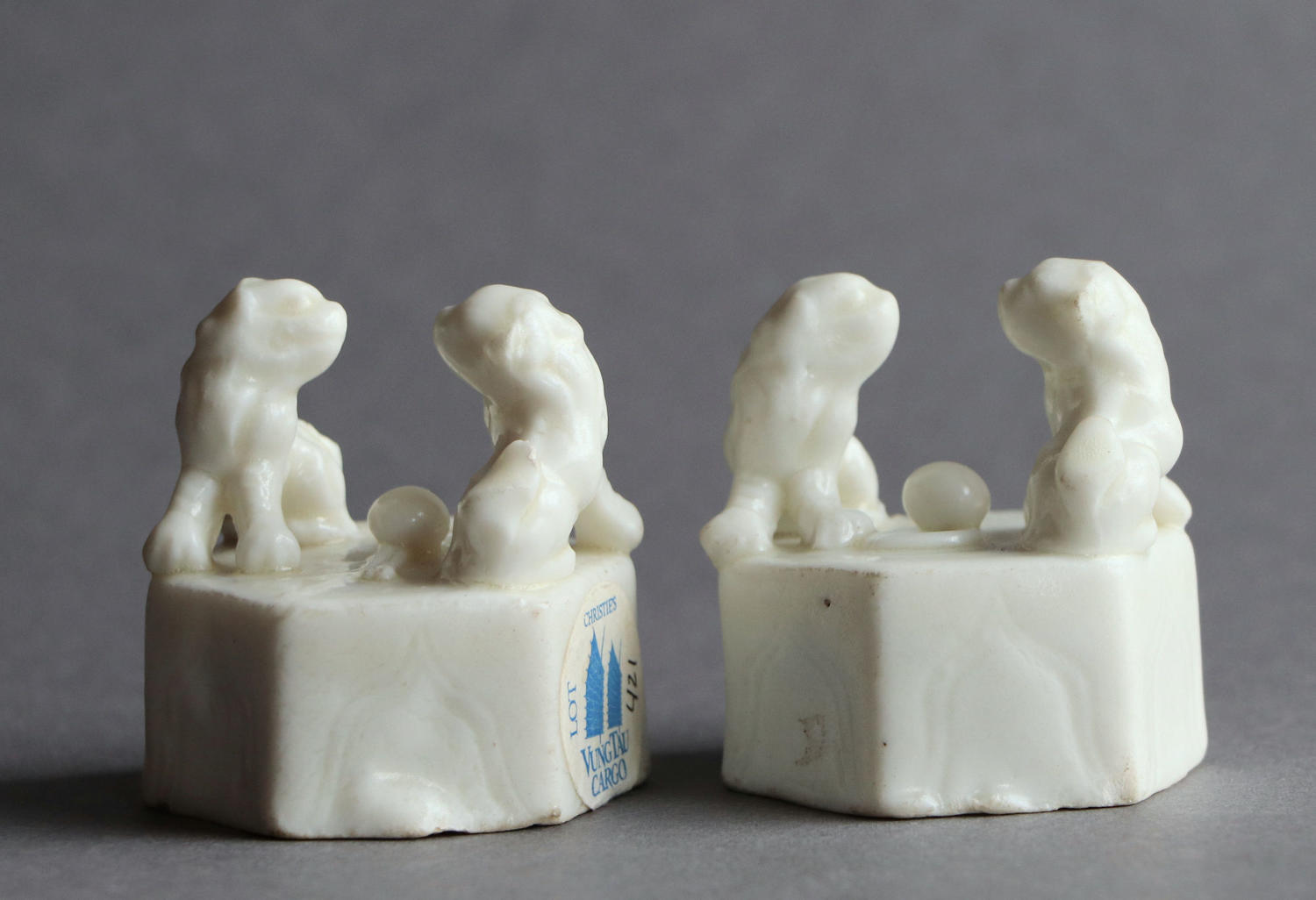 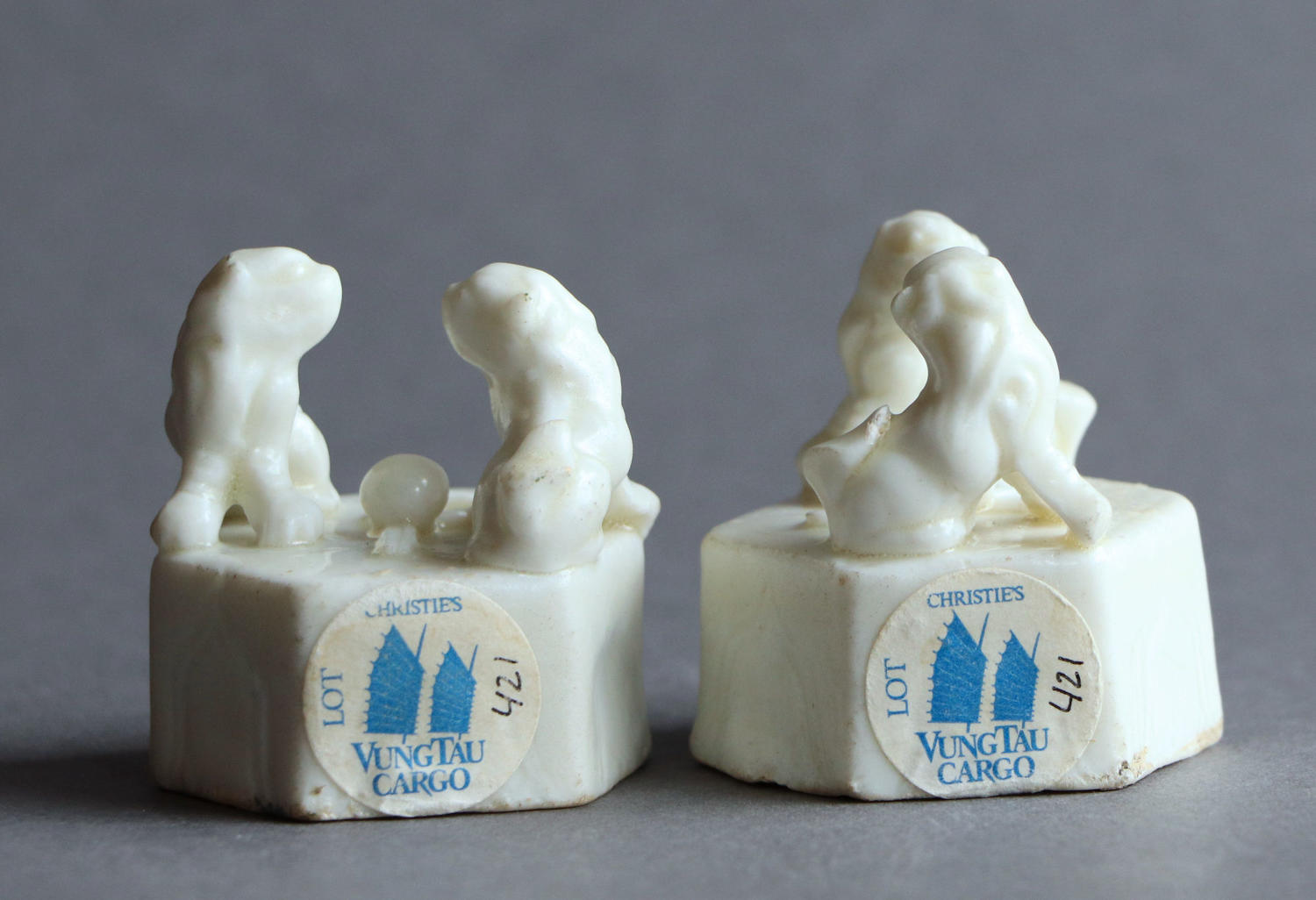 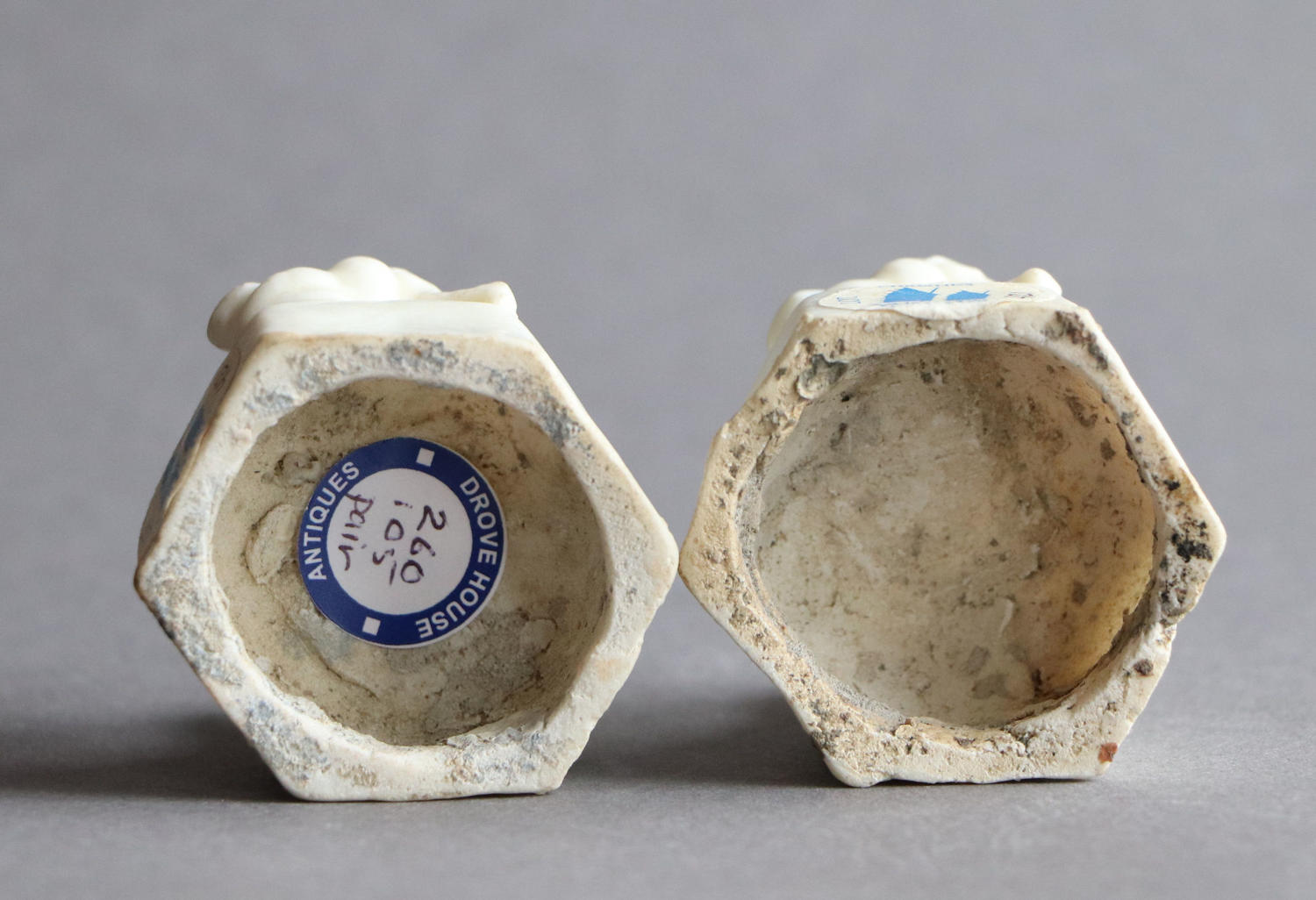 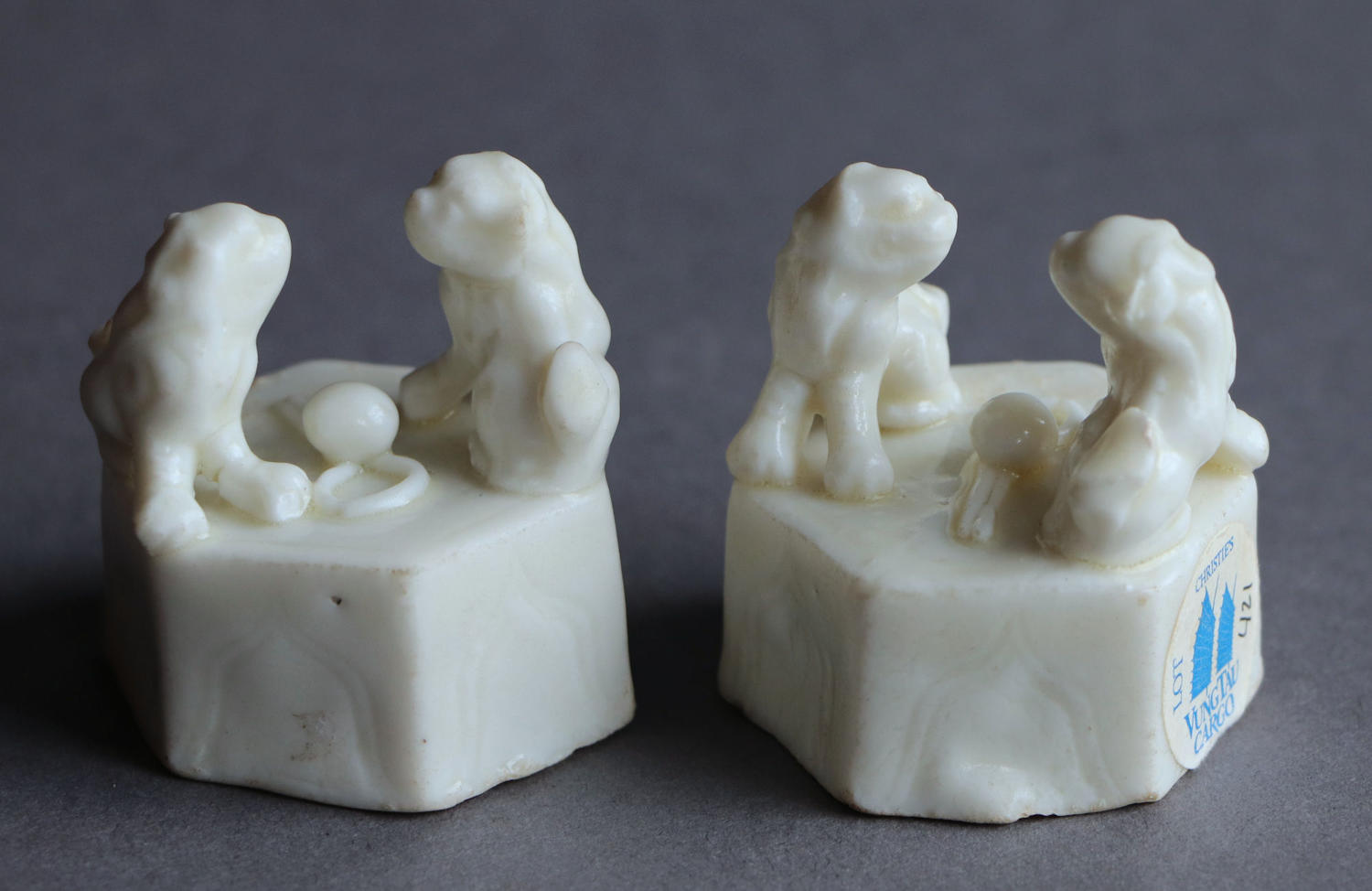 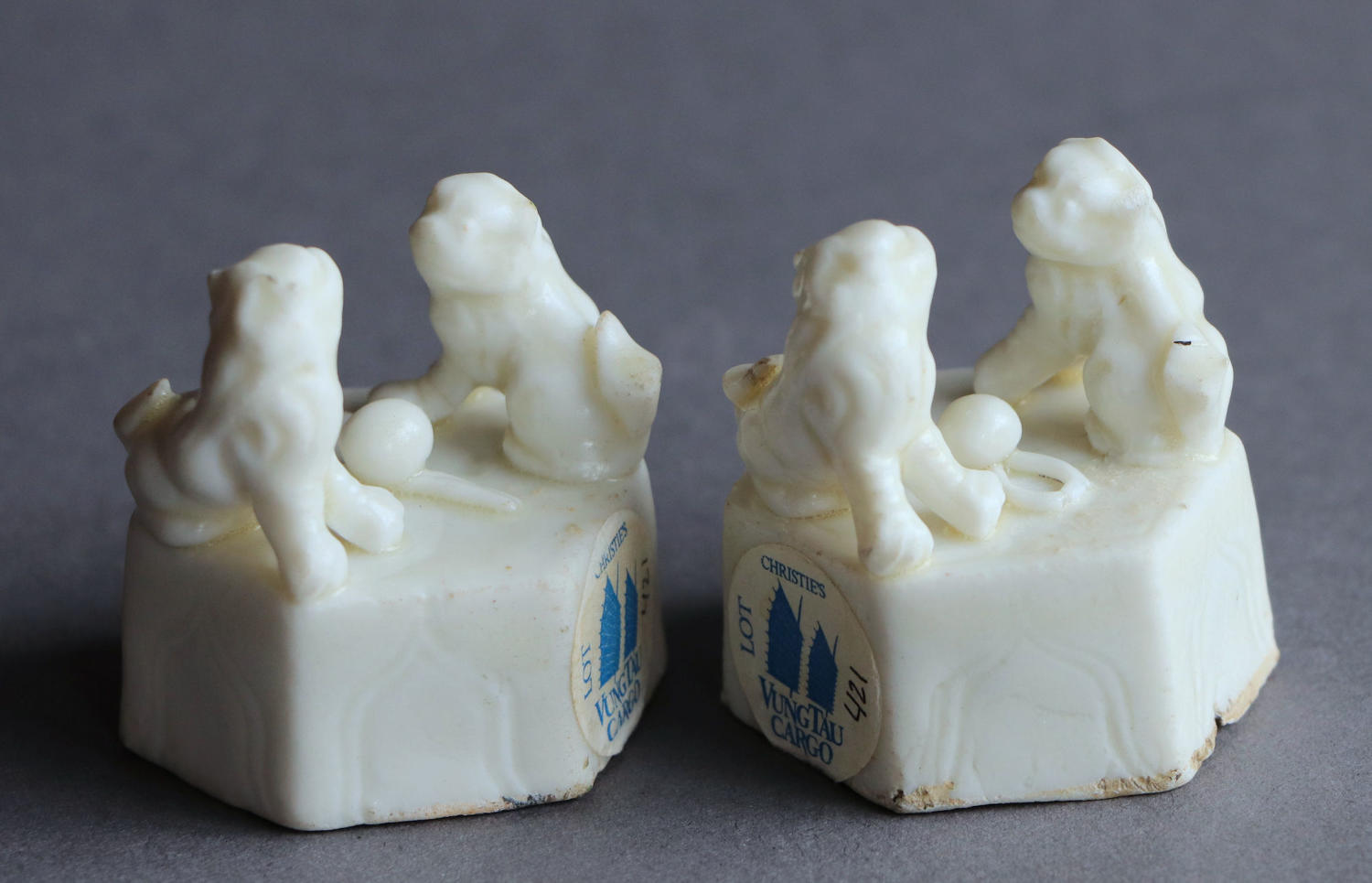 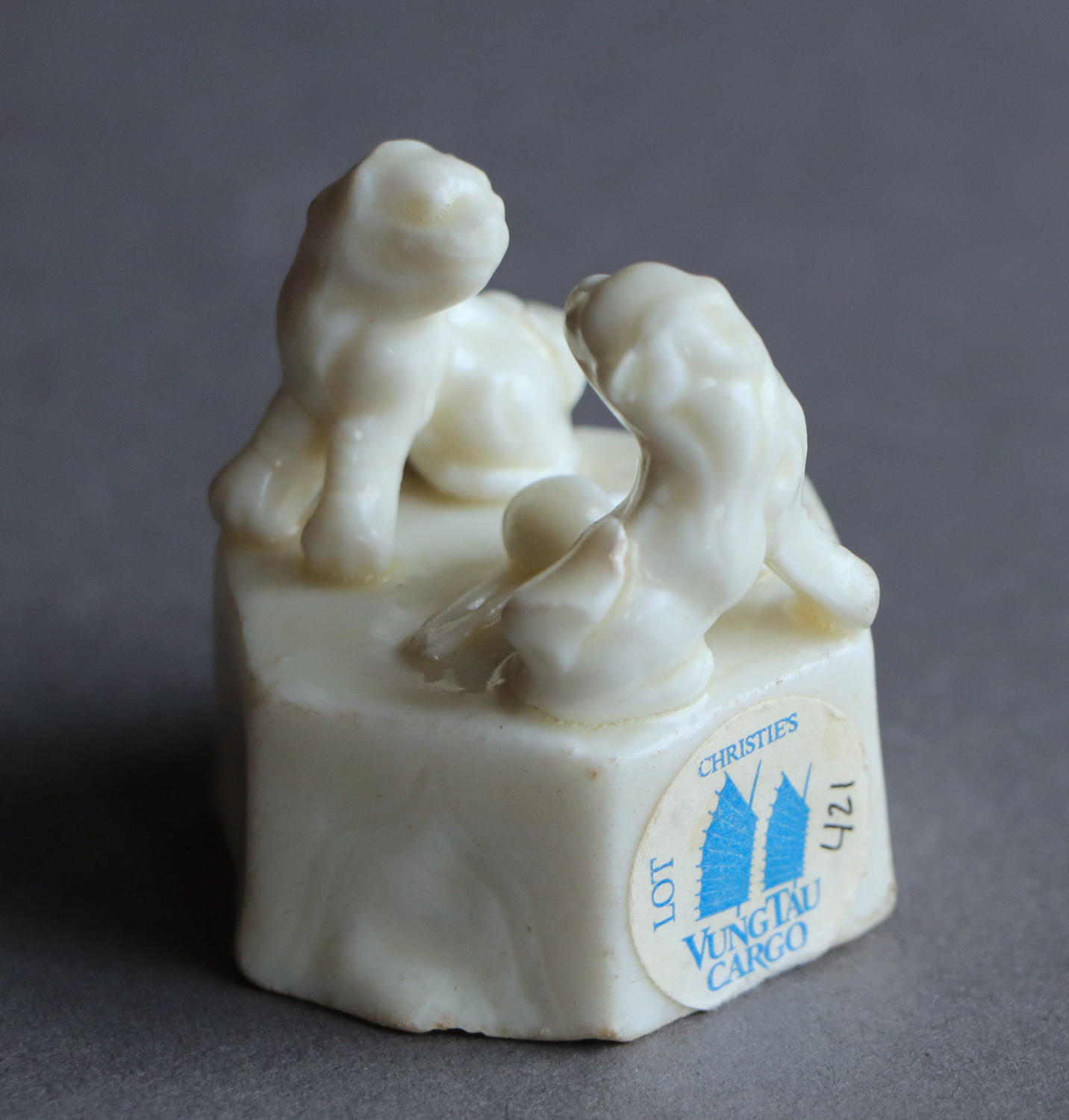 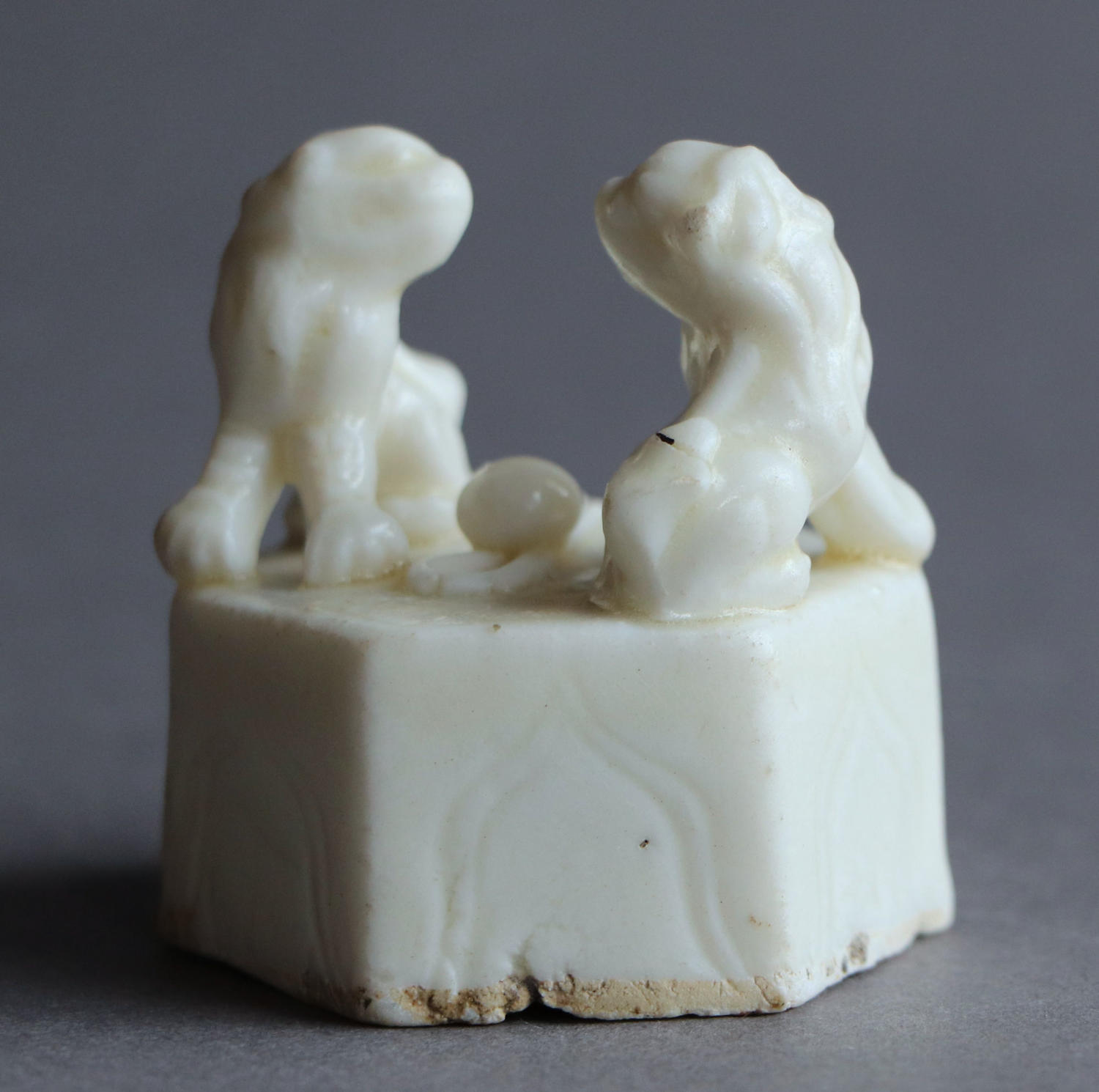