A fluted Chinese Gu beaker vase from the ‘Blue Chrysanthemum’ shipwreck. The vase is decorated in two panels with birds flying above flowering plants growing from amidst ornamental rock work. The rim and base have a decoration of half flower heads and lingzhi fungus. There is a row of ‘blobby dots’ above the foot. Height 24.7cm (9.7”).  Kangxi c1700

It is likely that this vase was recovered from the Kangxi Bintan wreck discovered in 2012 South- East of the island of Bintan, in the Riau archipelago, Indonesia. A selection of the finds were sold in London when they were given the name ‘Blue Chrysanthemum’.

Condition: the glaze is matt and partly stained from submergence, and there are a few small chips around the foot. No other damage. 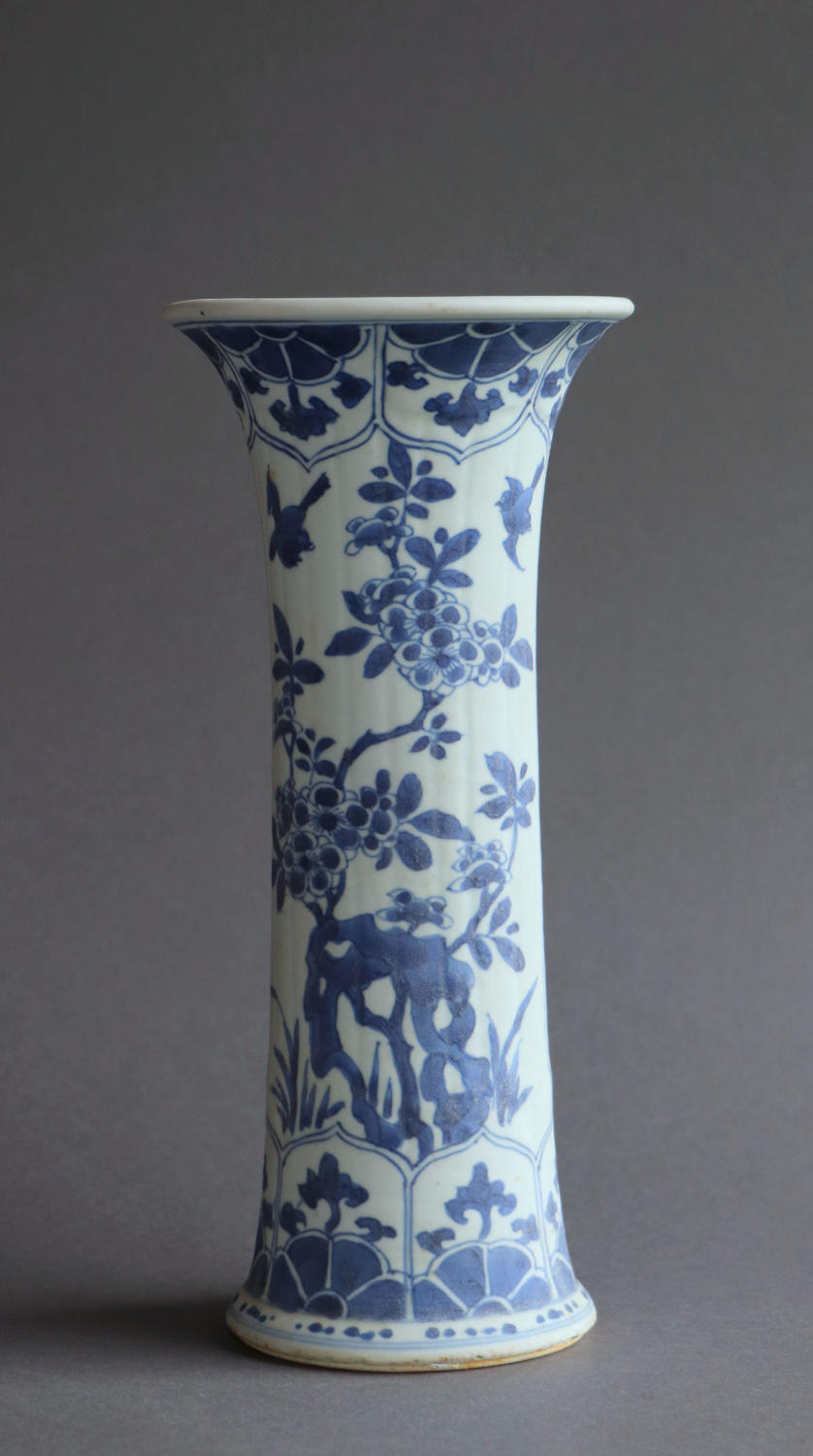 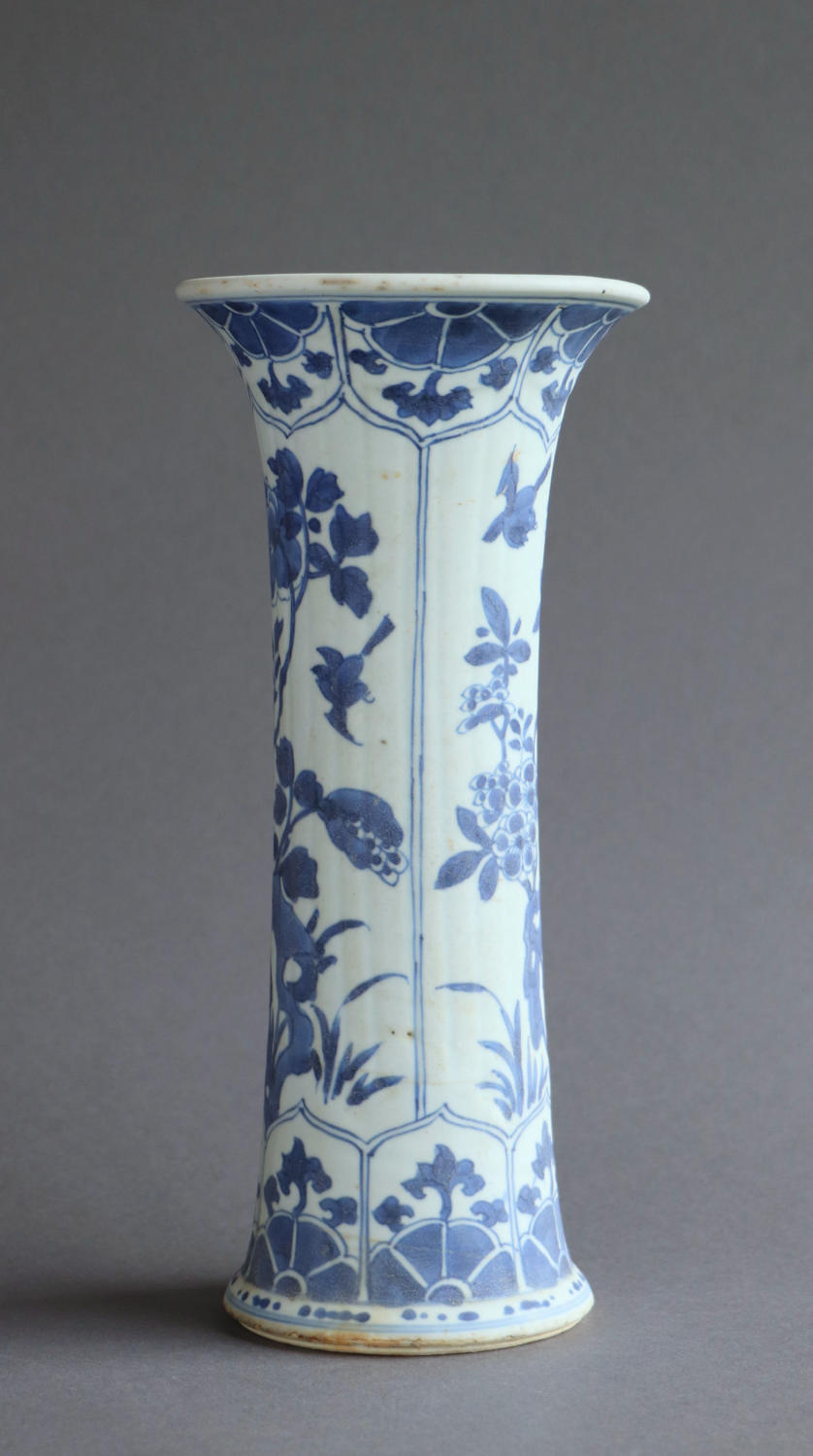 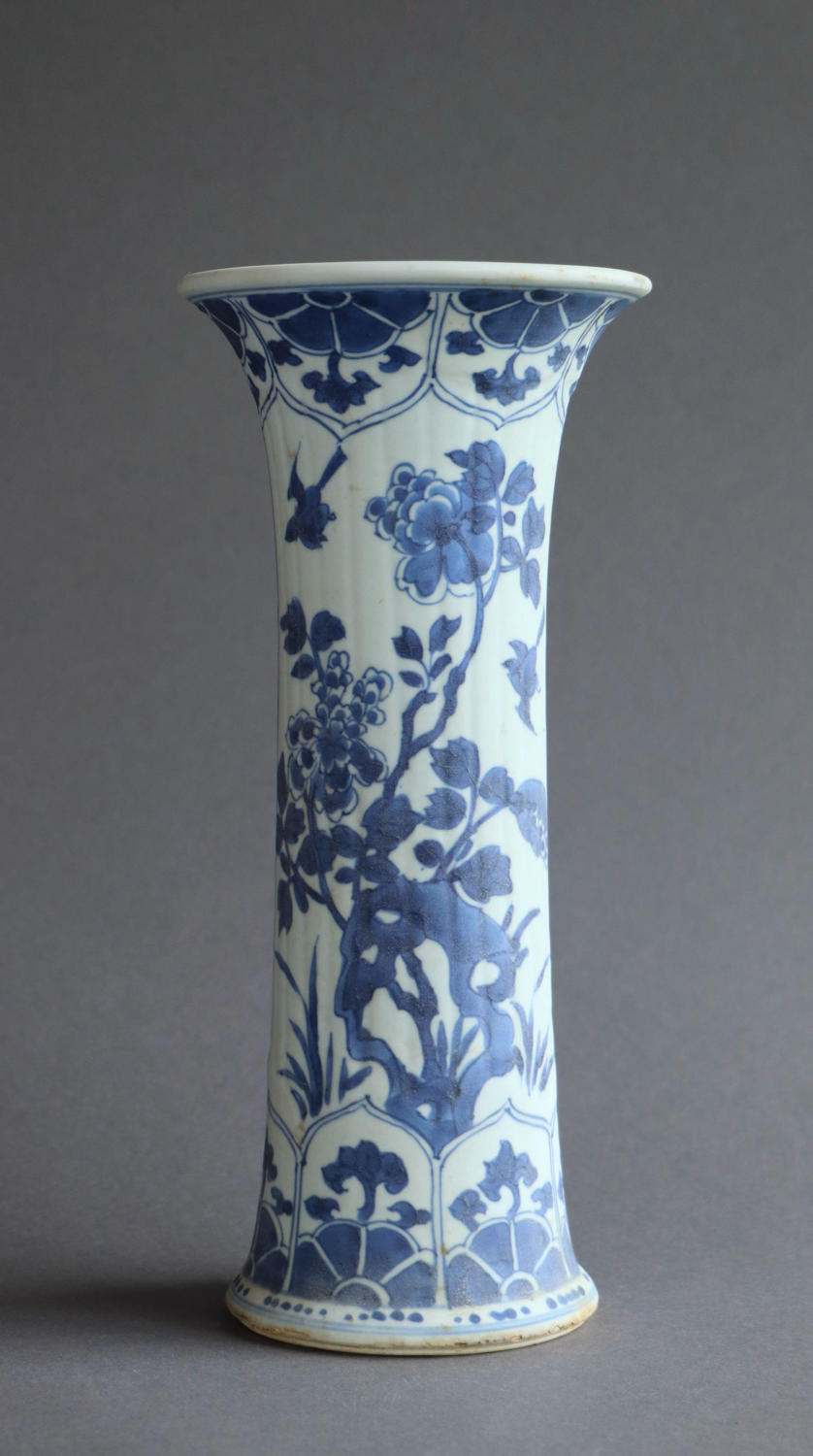 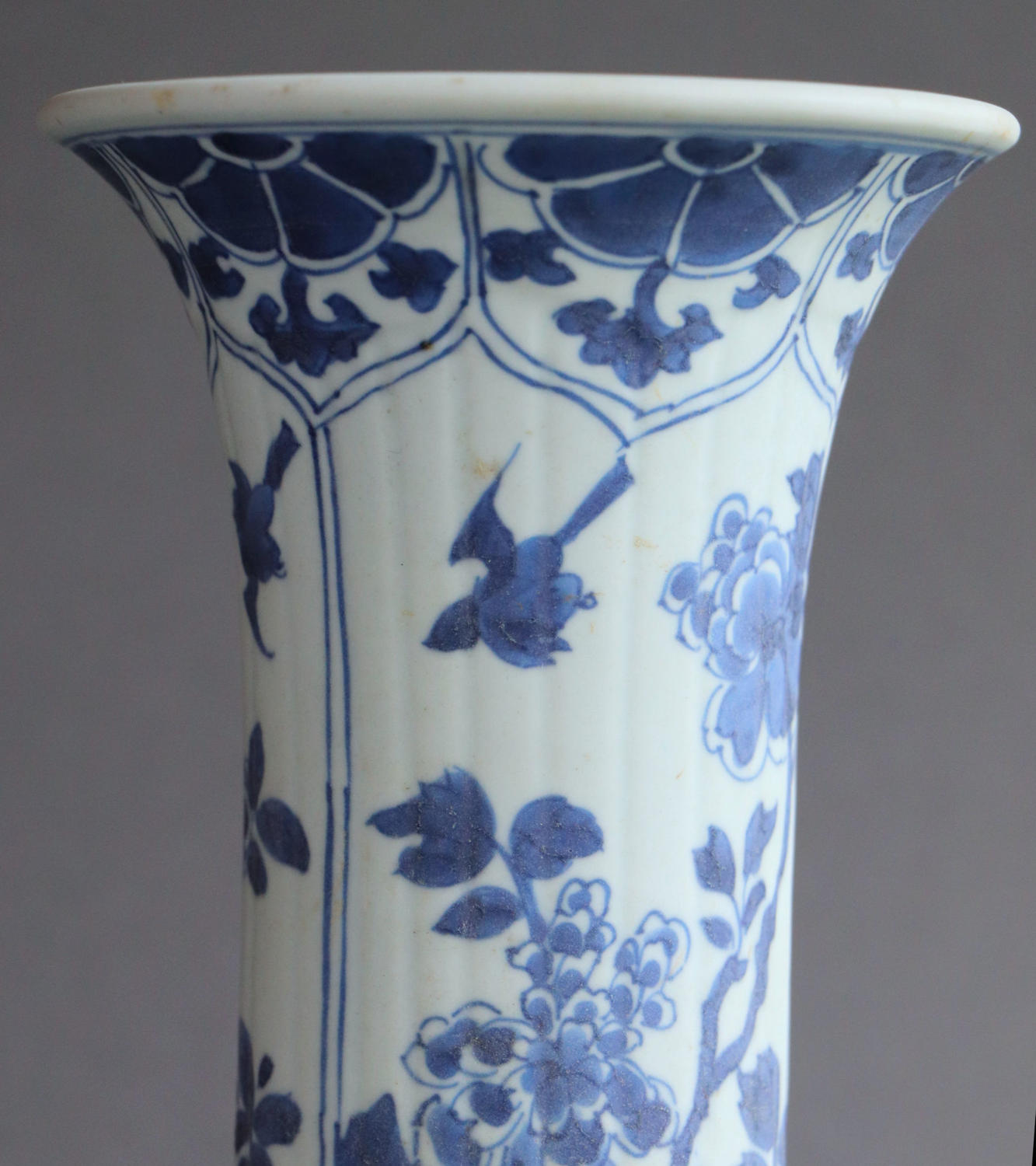 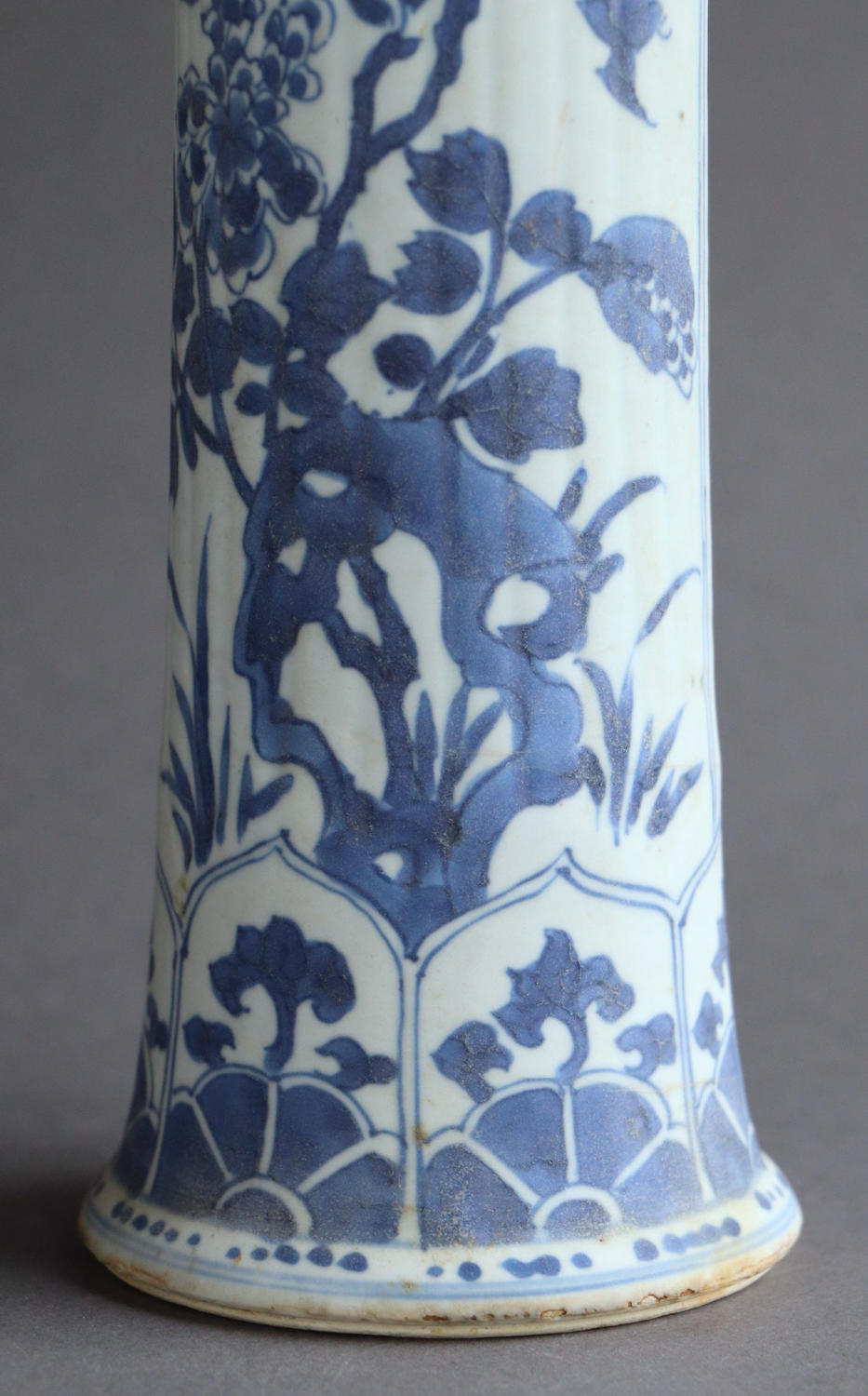 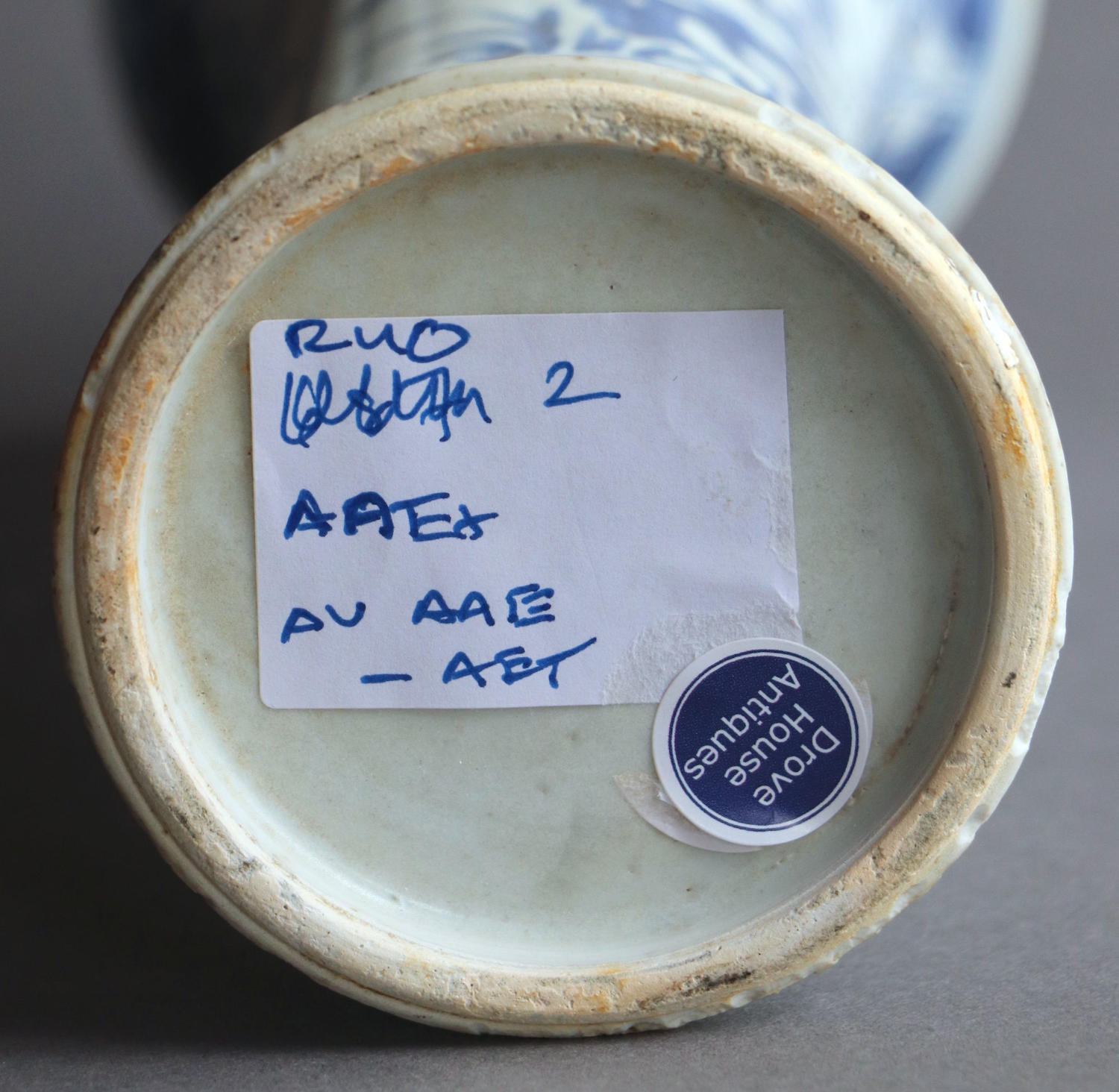 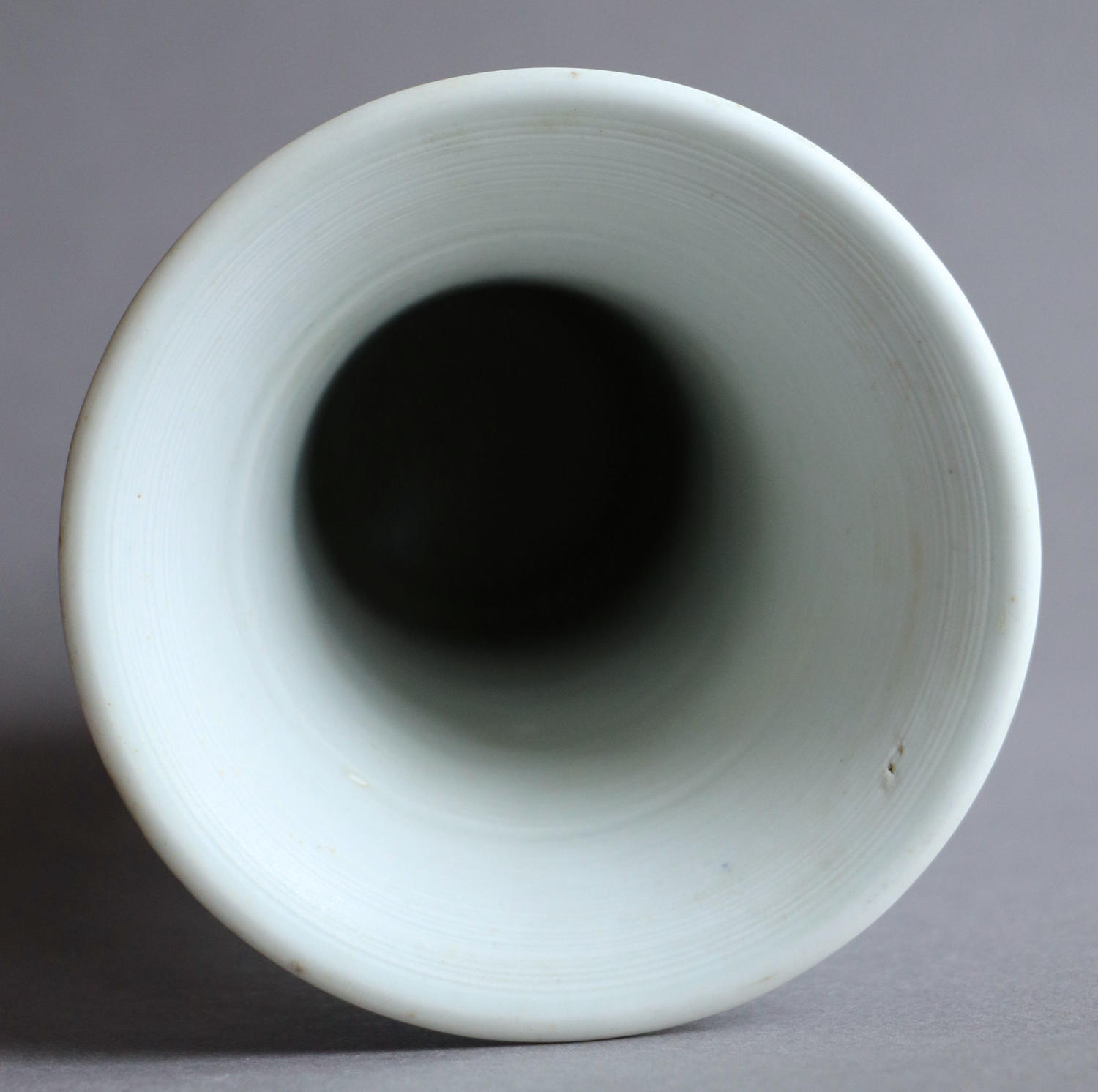