A Chinese ovoid storage jar of a good size, originally imported to Europe as an underglaze blue jar, and later decorated with overglaze enamels.  The jar early Eighteenth Century, the enamels Nineteenth Century.  The jar is decorated with a central band of birds and foliage, with a border of overglaze flowers above, and with a decorative border at the shoulder.  The top of the jar and the neck are painted in green and black with a European version of a Chinese wave border. There is an underglaze blue flower spray mark to the base.  Height 17cm (6.7")

Condition: there is a long chip from inside the foot rim, possibly caused during manufacture.  The neck has been reduced and there is a chip inside the rim.  Please examine our photos. 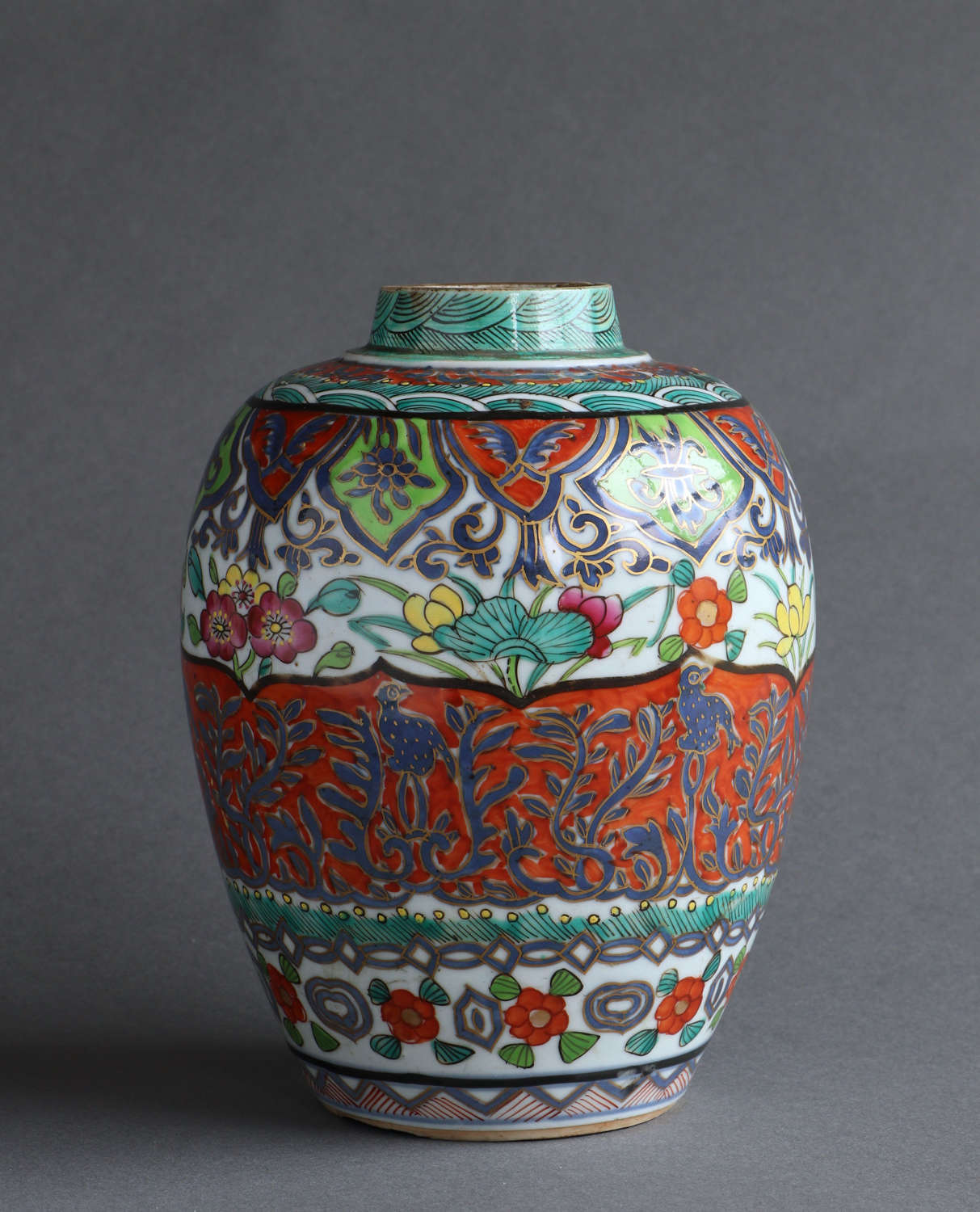 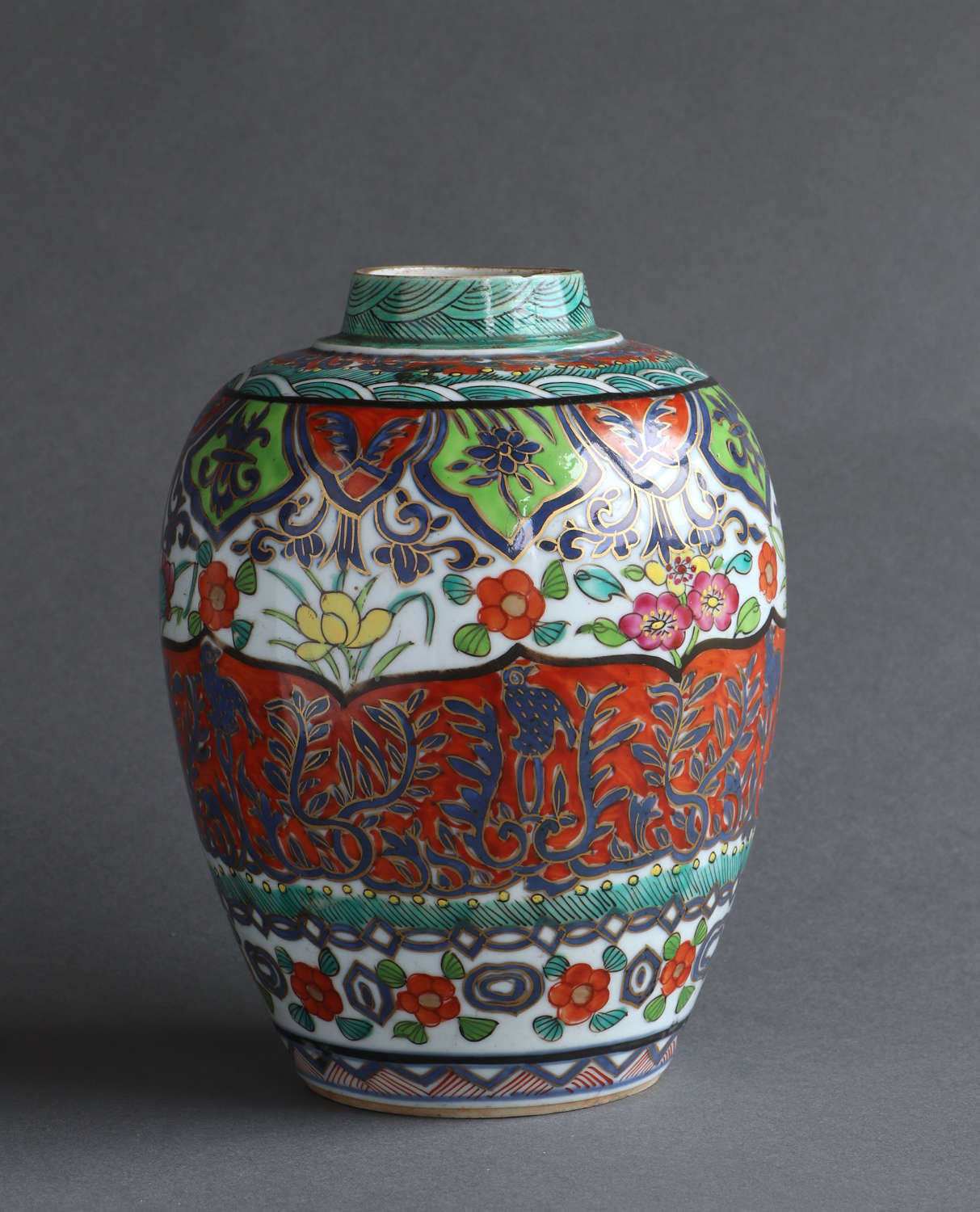 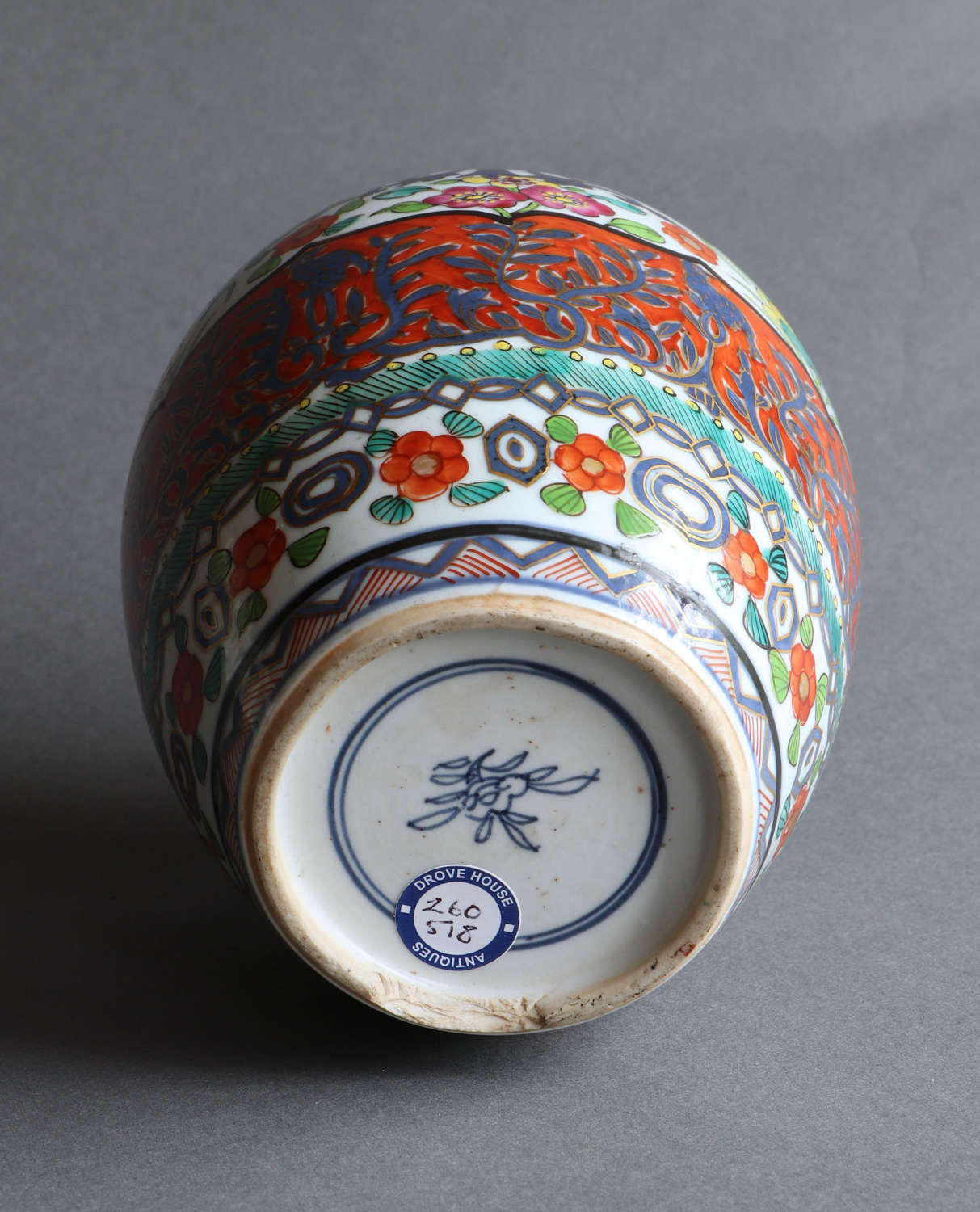 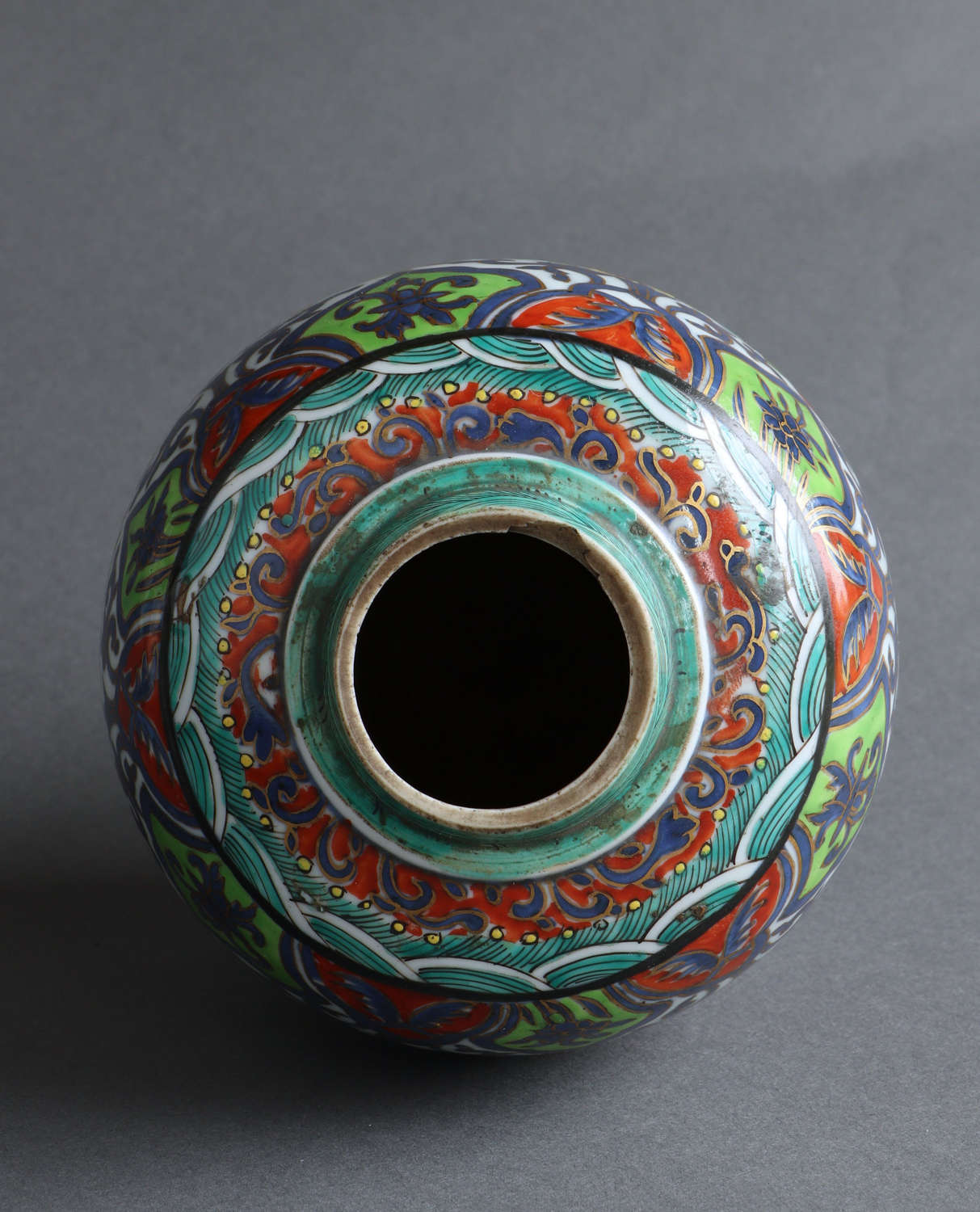 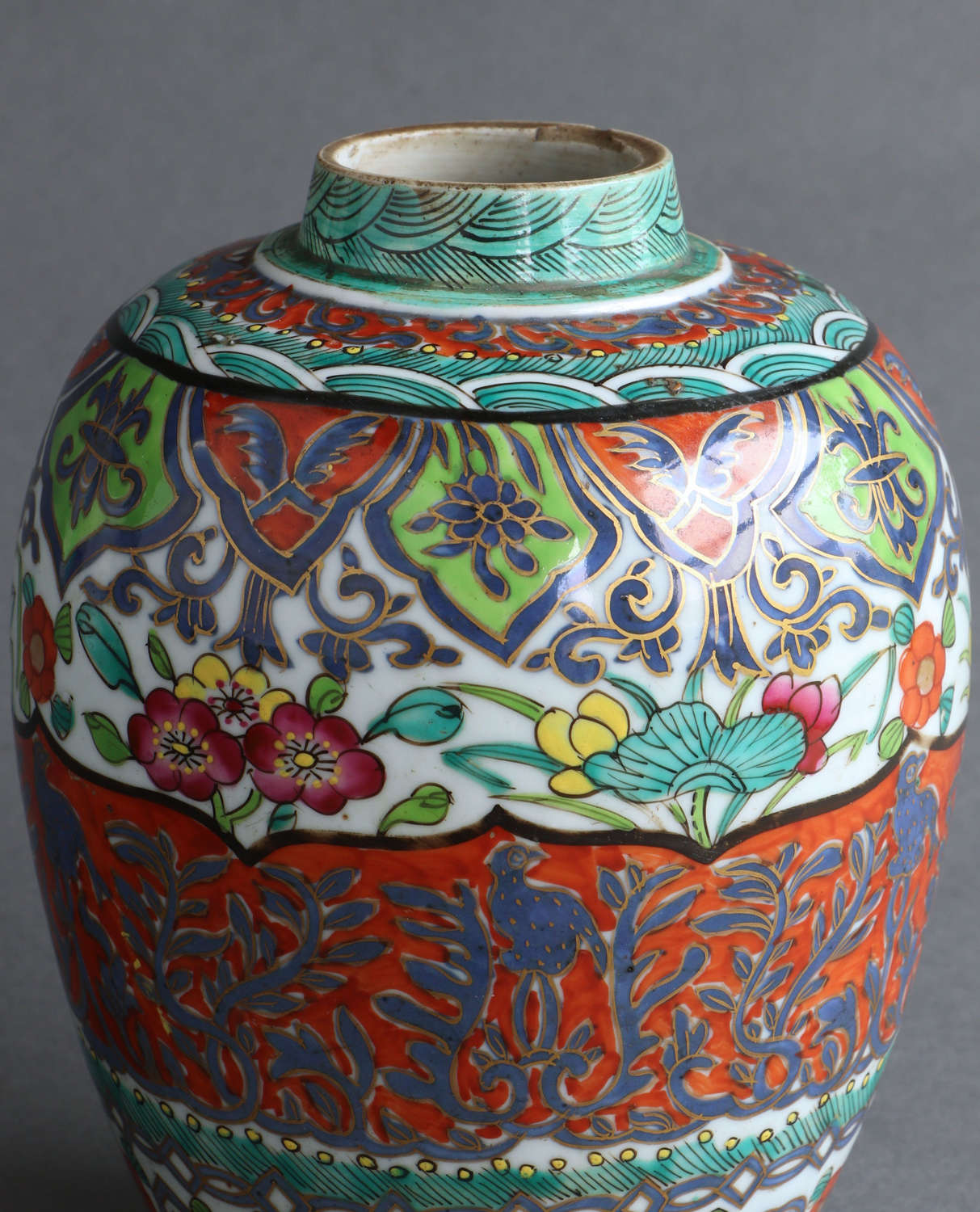 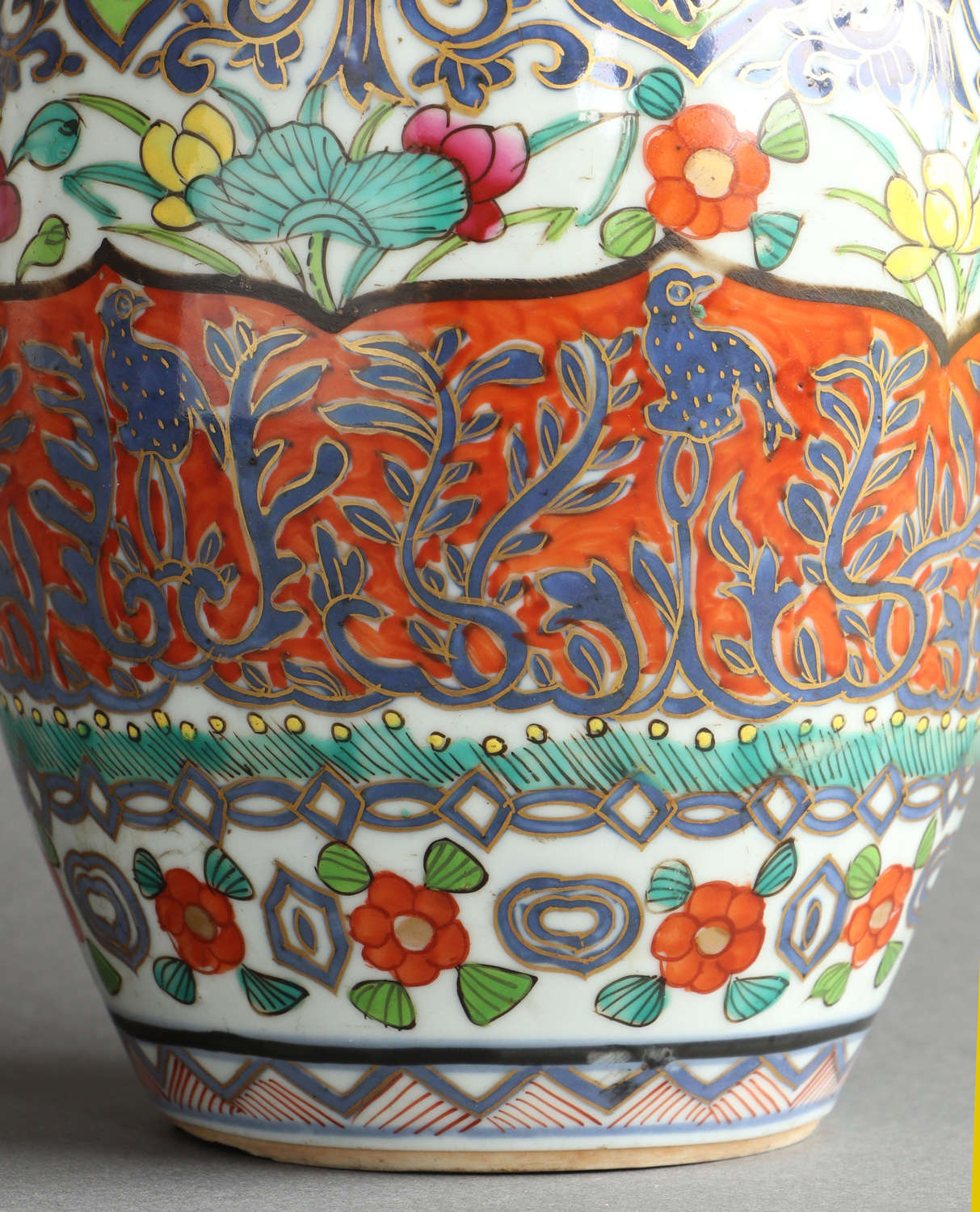