A rare Chinese export coffee cup with enamel decoration done in London.  The cup was imported to England as an undecorated example 'in the white' and was then decorated in two large panels with an elaborate chinoiserie scene of figures, boats and pavilions painted in black enamel line and with gilt decoration to the border of the panels.  Between these two panels are two narrow bands with black swirls and stylised flowers painted with pink and white enamels.  This swirl-and-flower-head border design is also seen on other London-decorated ceramics, of 'Limehouse' class.  There is a gilt and black line band inside the rim, and at the base inside a Chinese boat in black enamel.  The foot of the cup is also decorated with a Chinese boat in black line.  Cup height 6.3cm (2.5")

A teapot with this design is shown on p219 in Helen Espir's book 'European Decoration on Oriental Porcelain', which is dated to the Yongzheng period.

Condition: there is a short and unstained hairline of ~1cm at the rim of the cup.  No other damage. 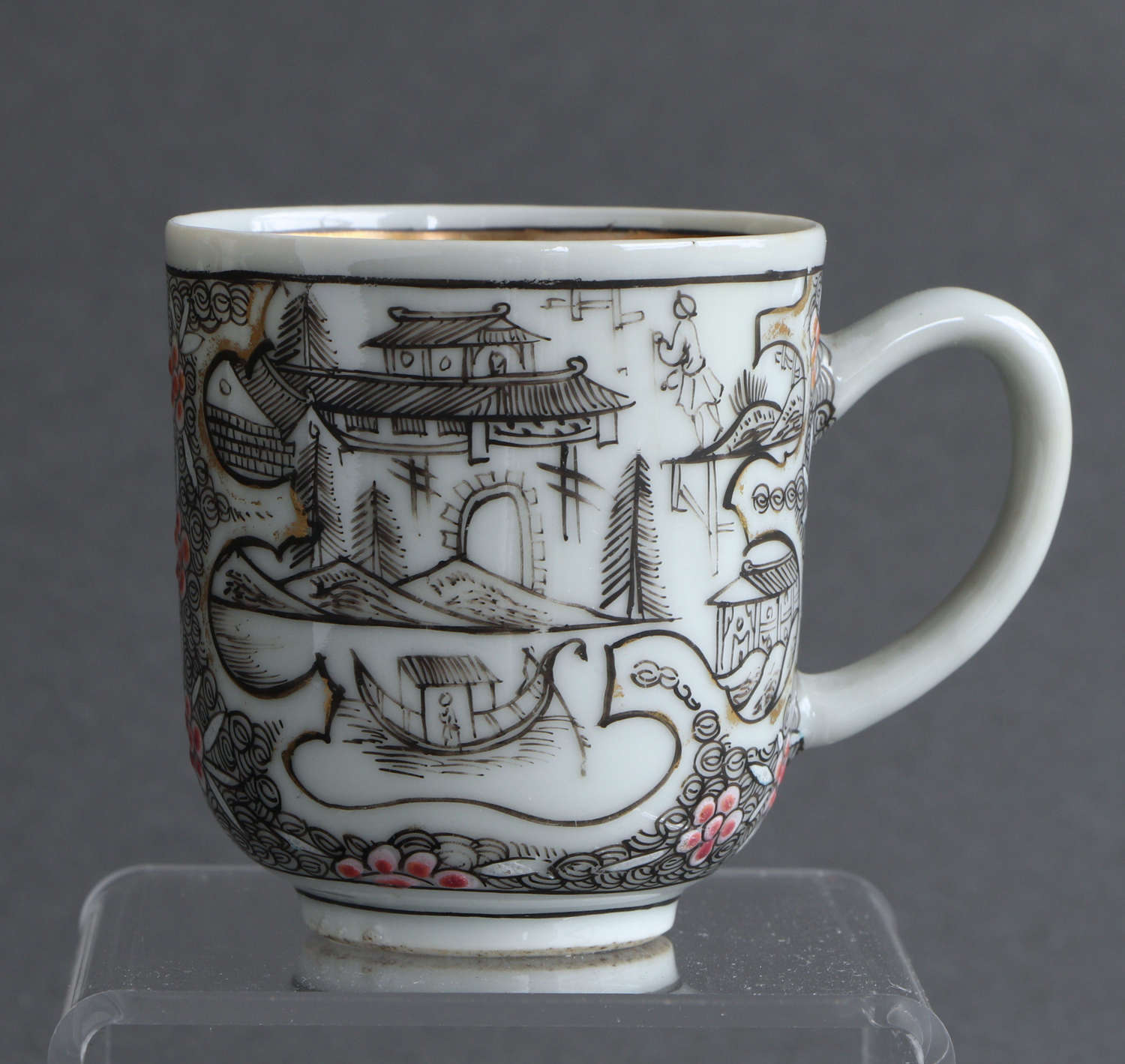 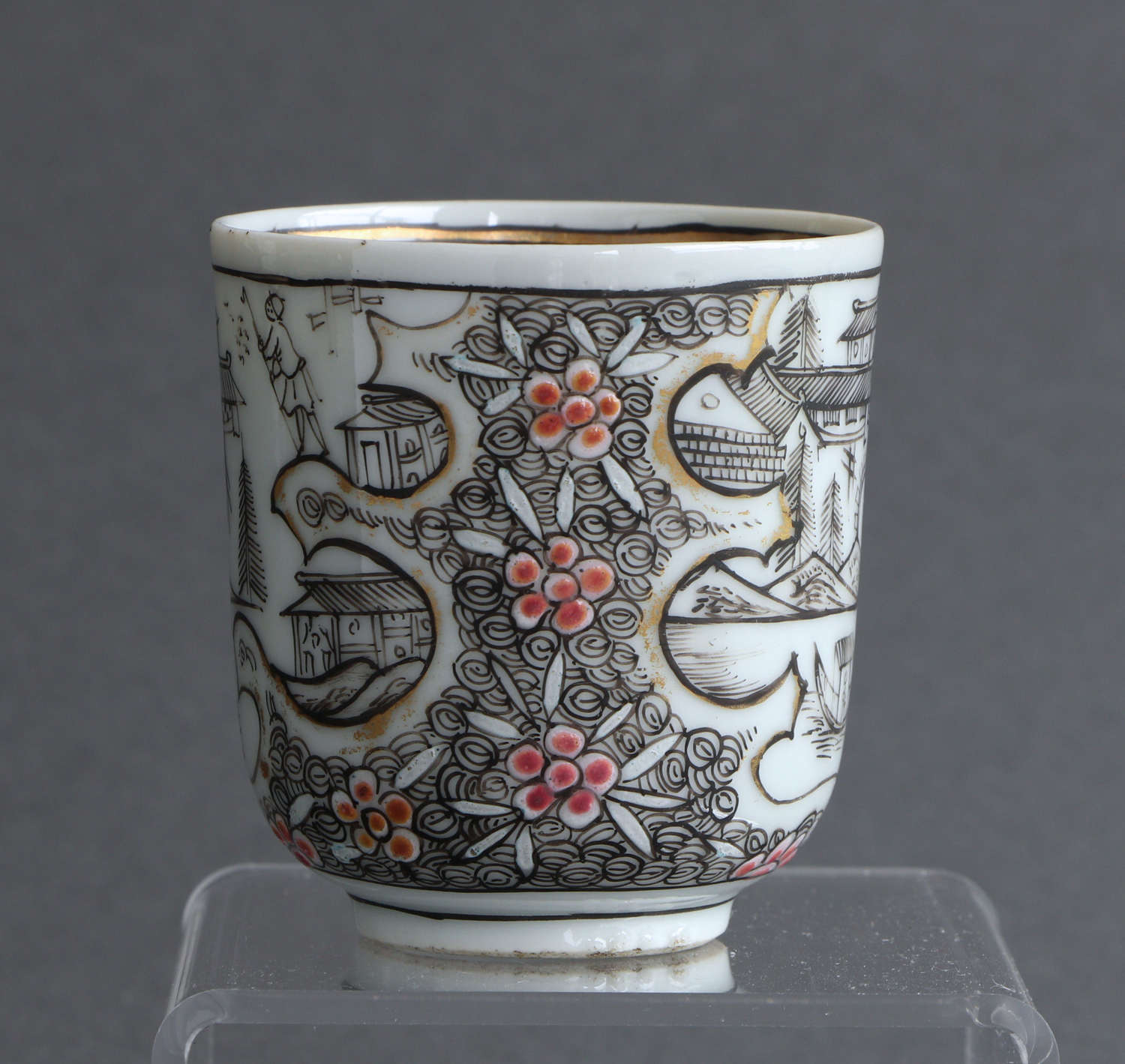 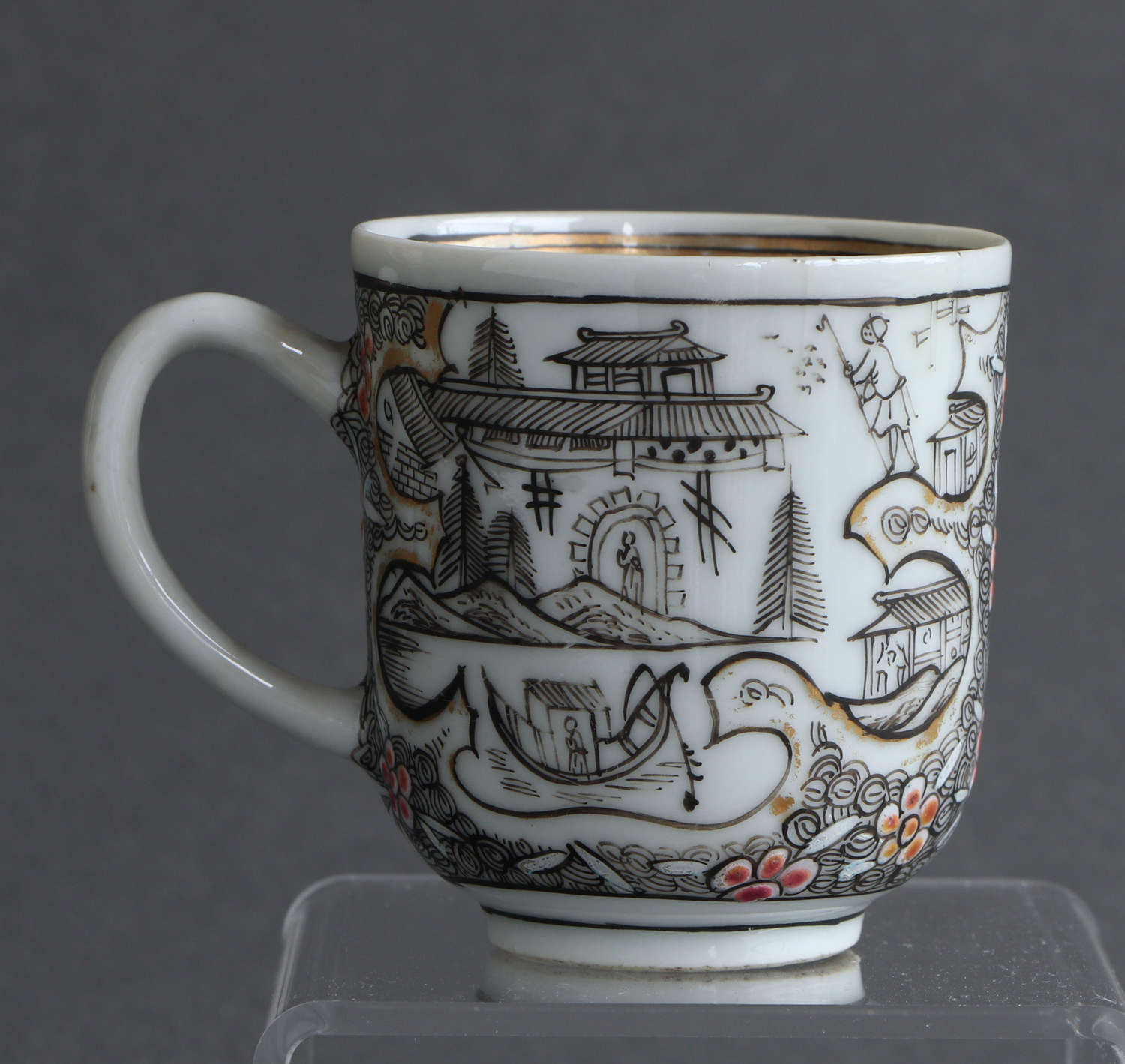 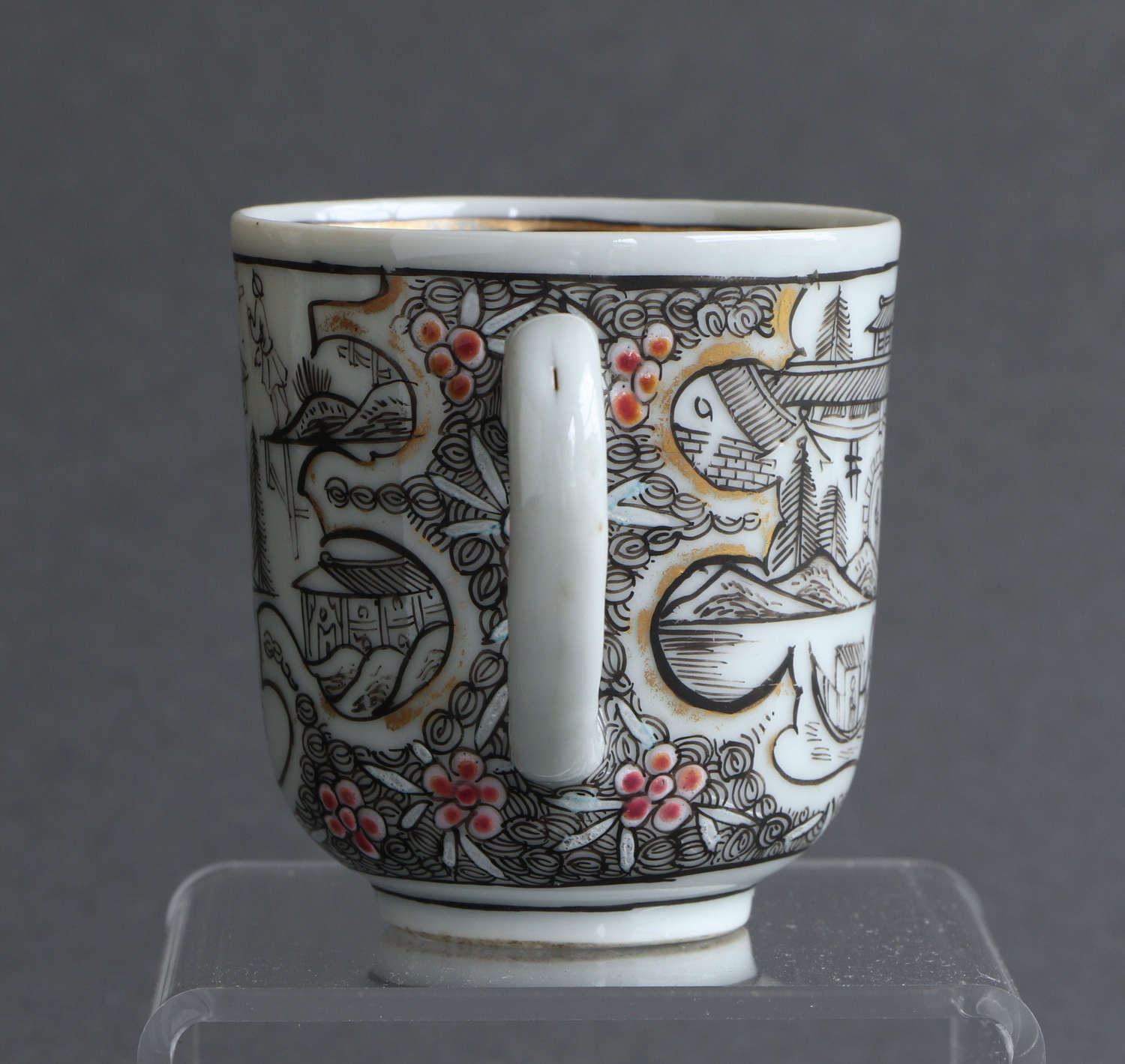 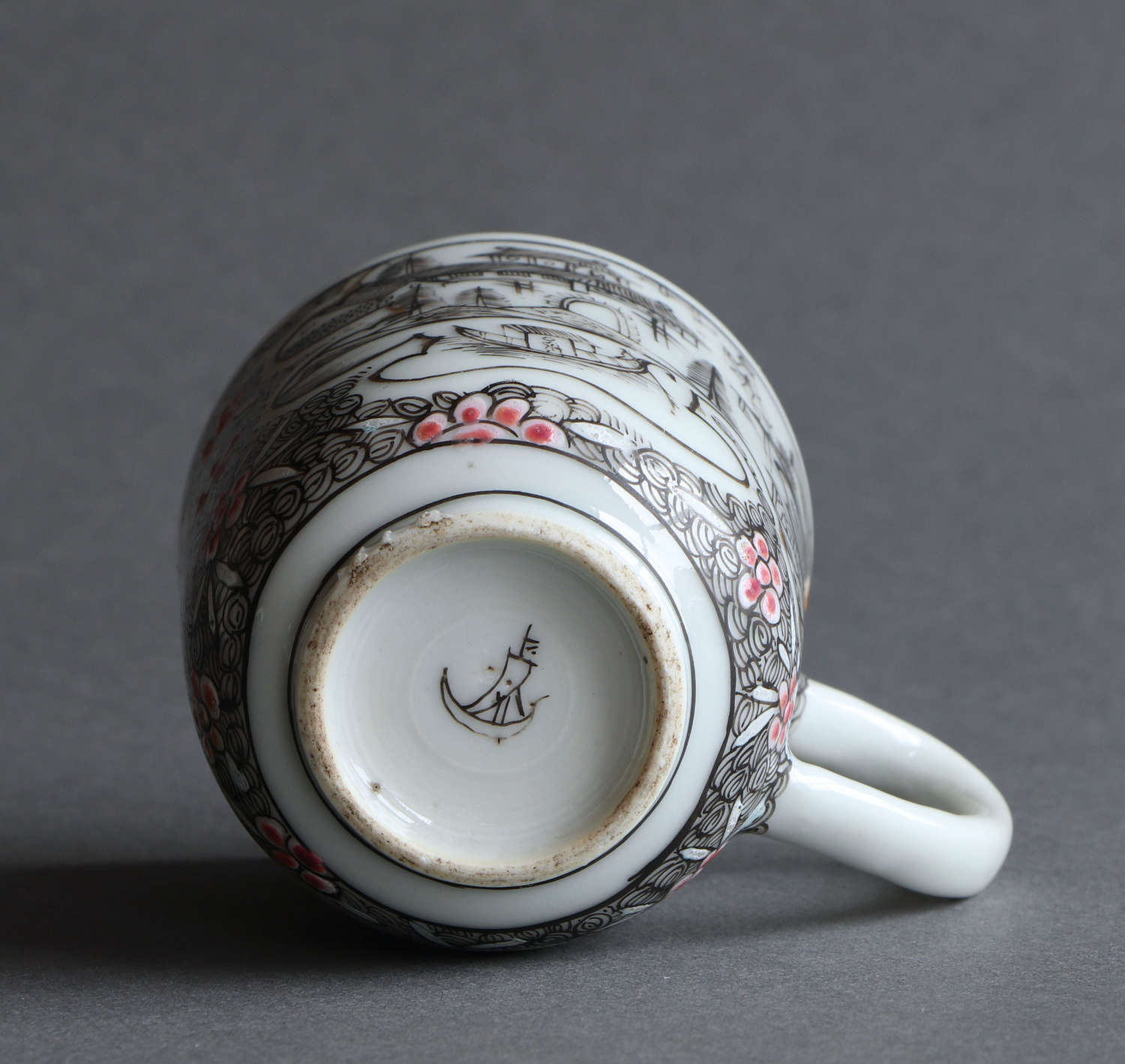 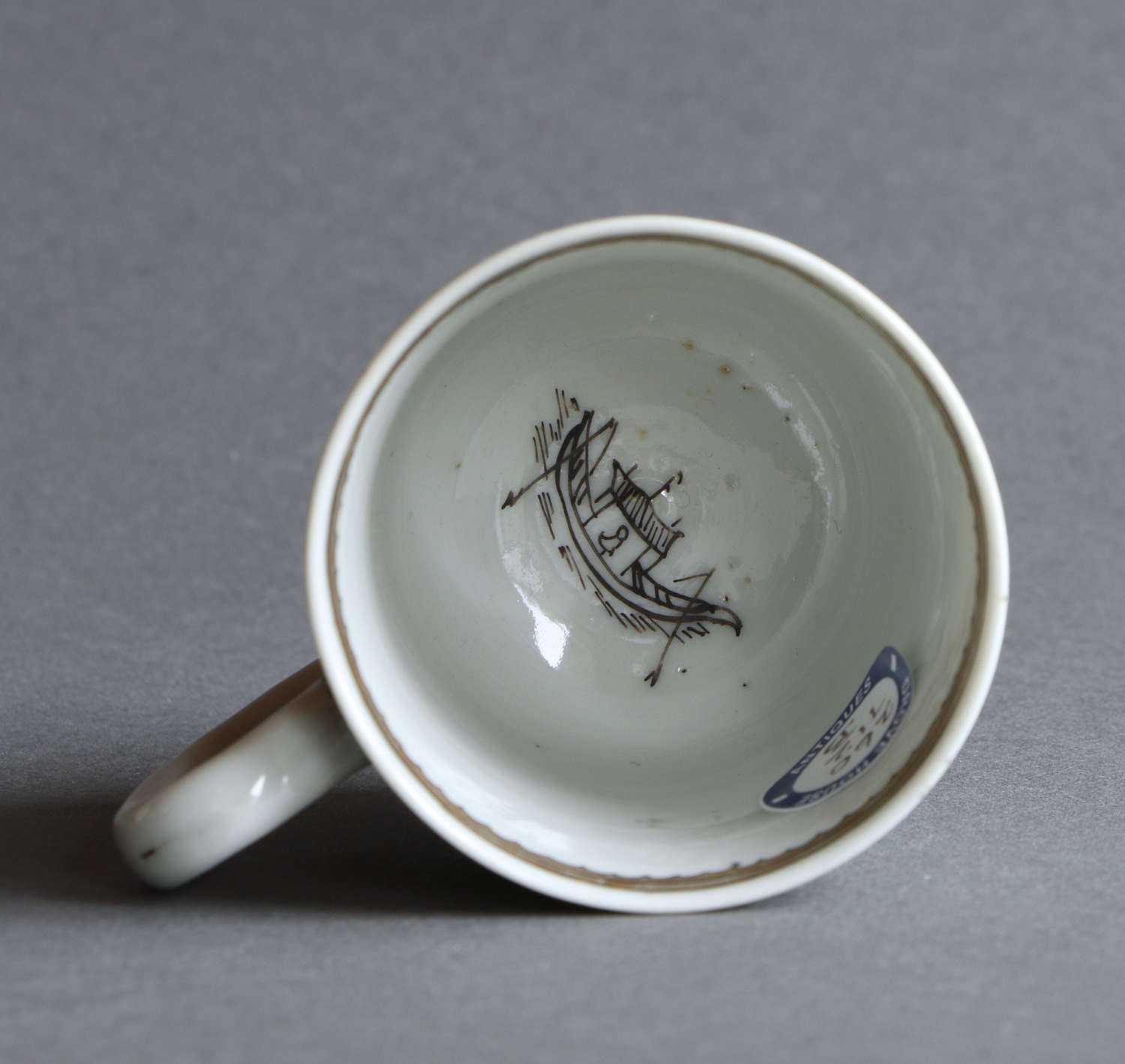 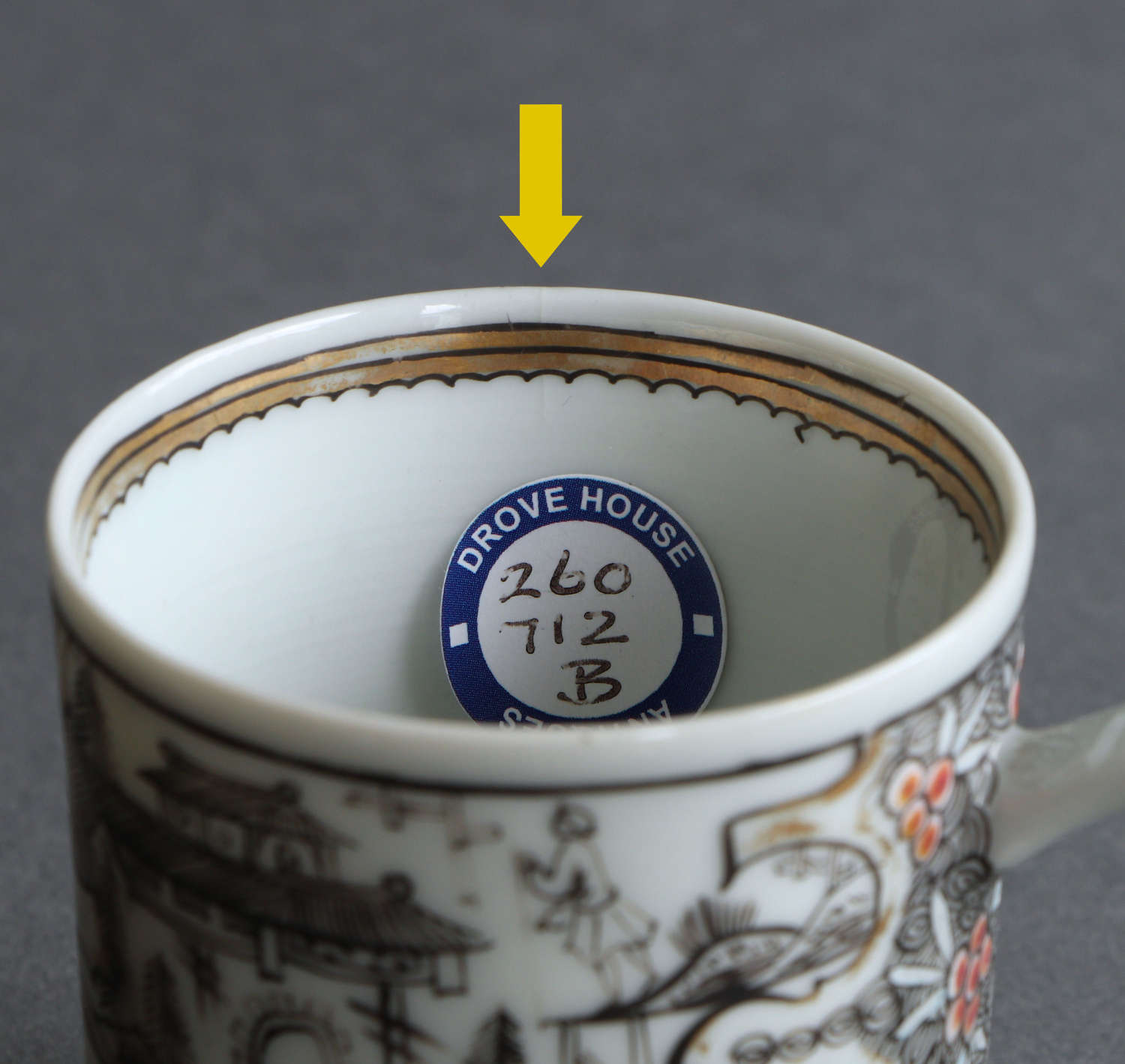